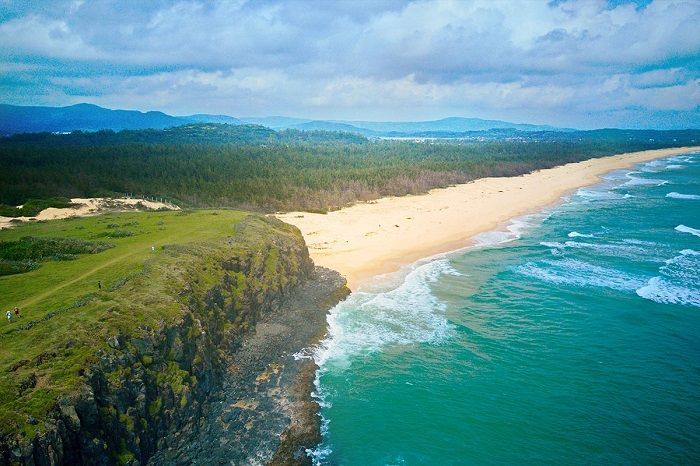 The five beautiful poetic and charming destinations in Phu Yen

With sunny and windy scenes like "a masterpiece of nature", immense rice fields, vast green lawns or poetic and romantic sea lanes, Phu Yen has increasingly attracted many tourists coming to explore and experience its beauty.

The ideal time to go to Tuy Hoa - Phu Yen

Phu Yen is a province in the South Central region, which connects Binh Dinh and Khanh Hoa. There are two ideal seasons to visit, the rainy season from September to December and the sunny season from January to August. To conveniently travel and fully enjoy the beauty of Phu Yen “full of sunshine and wind”, visitors should go during the sunny season.

You can also go to Phu Yen and explore the culture and people on the occasion of festivals taking place, such as: Horse Racing Festival in An Xuan on the 6th of the first lunar month, O Loan Lagoon Festival on the 7th of January of lunar calendar, Fishing Festival and so on. 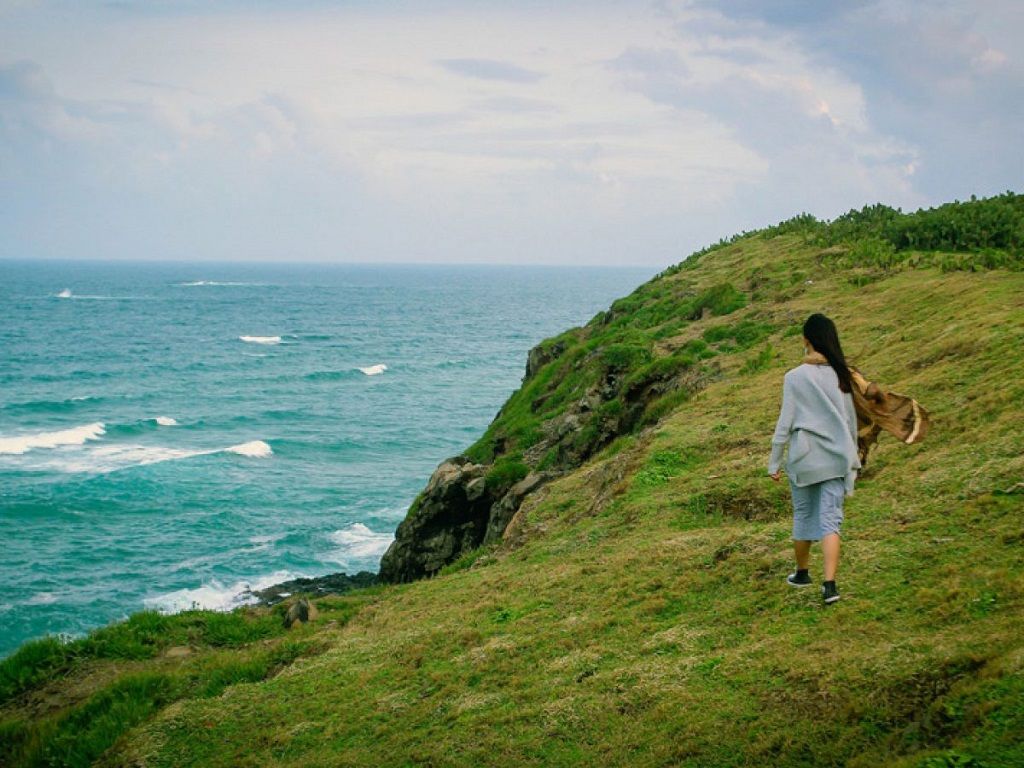 Bai Xep, which is about 14km north of Tuy Hoa city center, is located in An Chan commune, Tuy An district. In spite of its length of only about 500m, Bai Xep is an attractive destination in Phu Yen which is not to be missed.

From Tuy Hoa city, you can look up the way by Google Map to ride a motorbike along Le Duan street to Tuy An district, where you can ask local people the most convenient way to reach the destination. It is noted that this sea road is extremely beautiful with the rows of cottonwood, making tourists captivated.

Coming to Bai Xep, you will have the opportunity to immerse yourself in the wild and “lyrical” landscape. You can enjoy the fresh air of this peaceful land of Phu Yen, see the wild cacti shimmering in the sun, and admire the patches of weathered dried grass gorgeous under the dews in the sunlight. The image of the white sand stretching across the horizon makes Bai Xep even more enchanting to travellers. 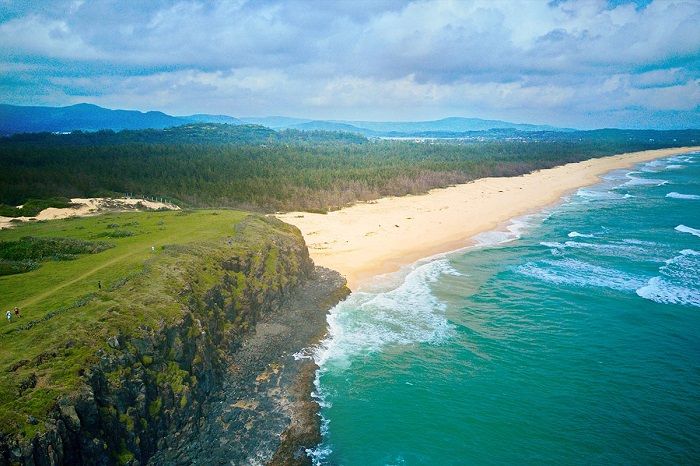 Mui Dien - Bai Mon is located in Phuoc Tan village, Hoa Tam commune, Dong Hoa district, about 30km from Tuy Hoa. Mui Dien is a branch of the Truong Son range that runs into the sea at the easternmost point of Vietnam. 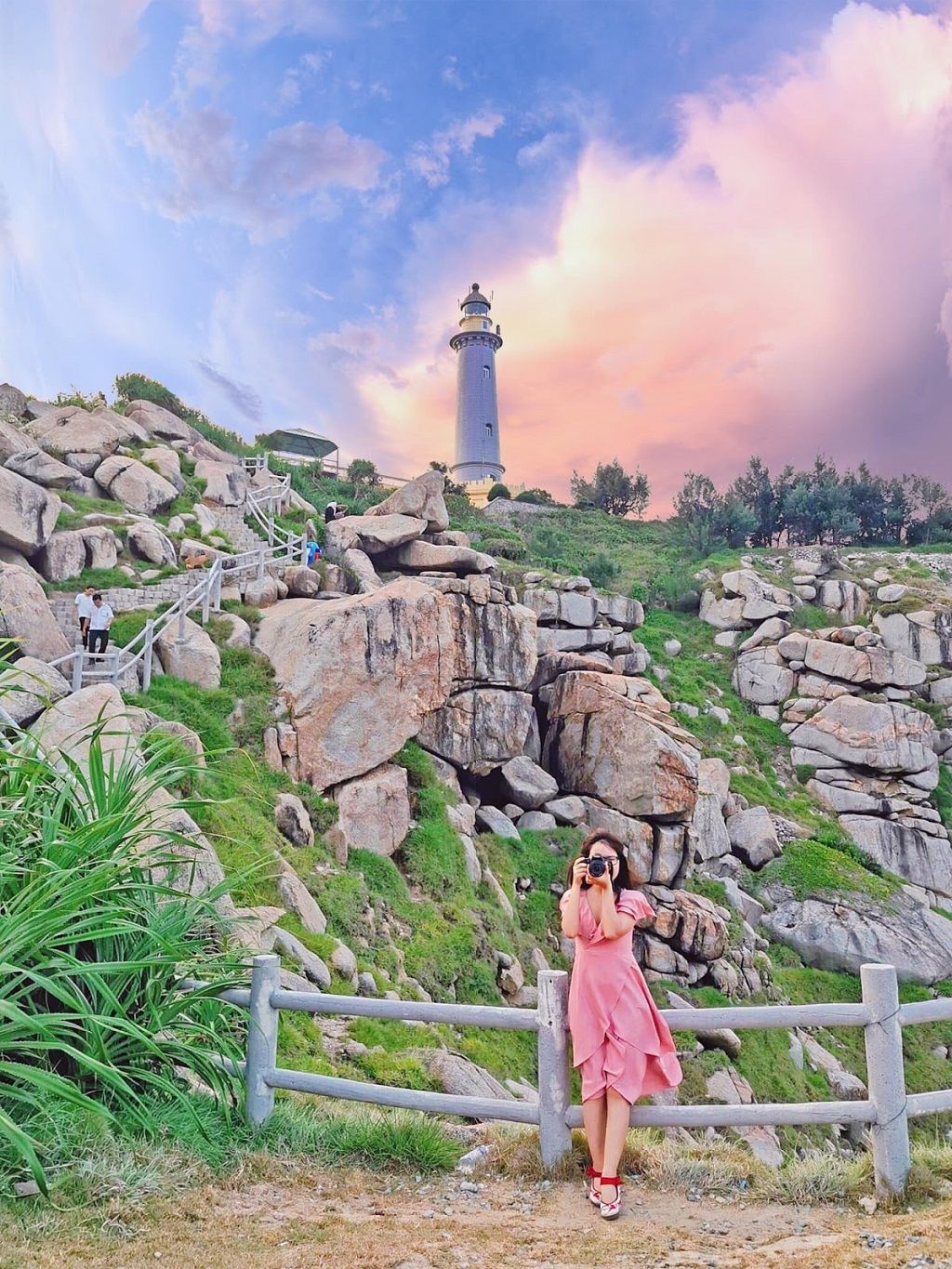 Eye-pleasing at the mighty image of Mui Dien. Photo: halotravel.vn

To reach this destination, visitors should follow Hung Vuong Bridge to the roundabout, then turn left and follow the big road and keep going straight along the coastal road. 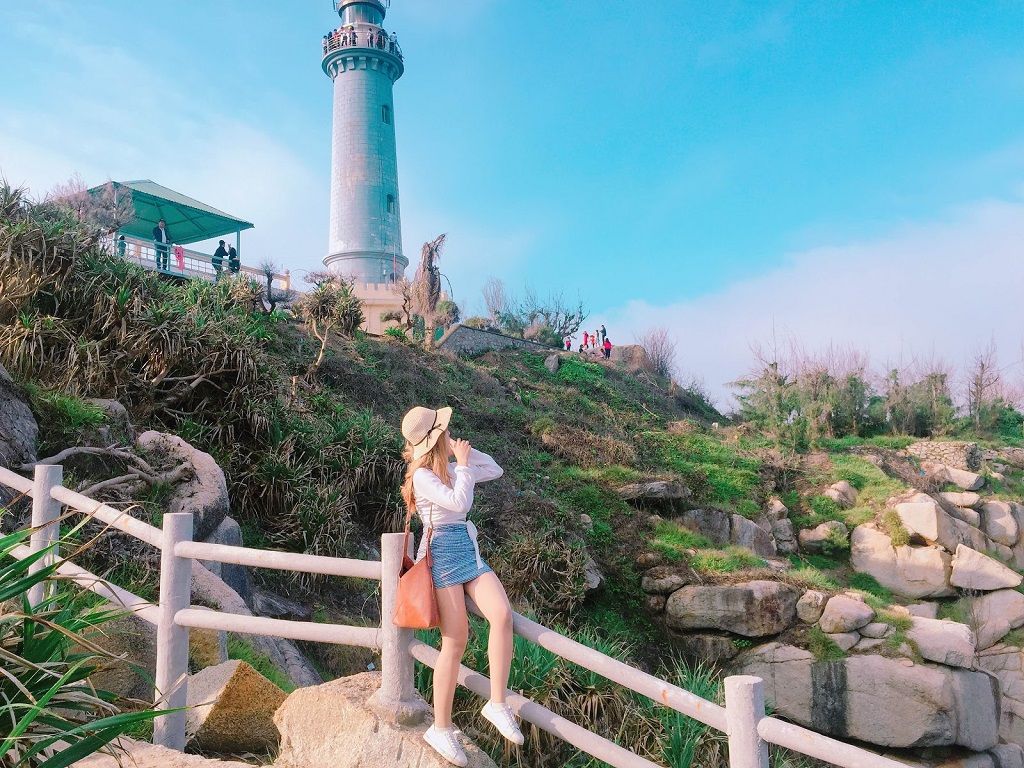 Mui Dien - one of the destinations not to be missed when coming to Phu Yen. Photo: dulichbanagiare.com

At Mui Dien, you will have to buy tickets at the price of VND 20,000, which will allow visitors to walk along a bumpy rocky path to the top with an over 100-year old lighthouse. This construct was built by the French in 1890 and has become one of the 45 national-level lighthouses in Vietnam. From here, visitors can enjoy the panoramic view of Mui Dien, together with the mountains and the peaceful scene of Hoa Tam commune. 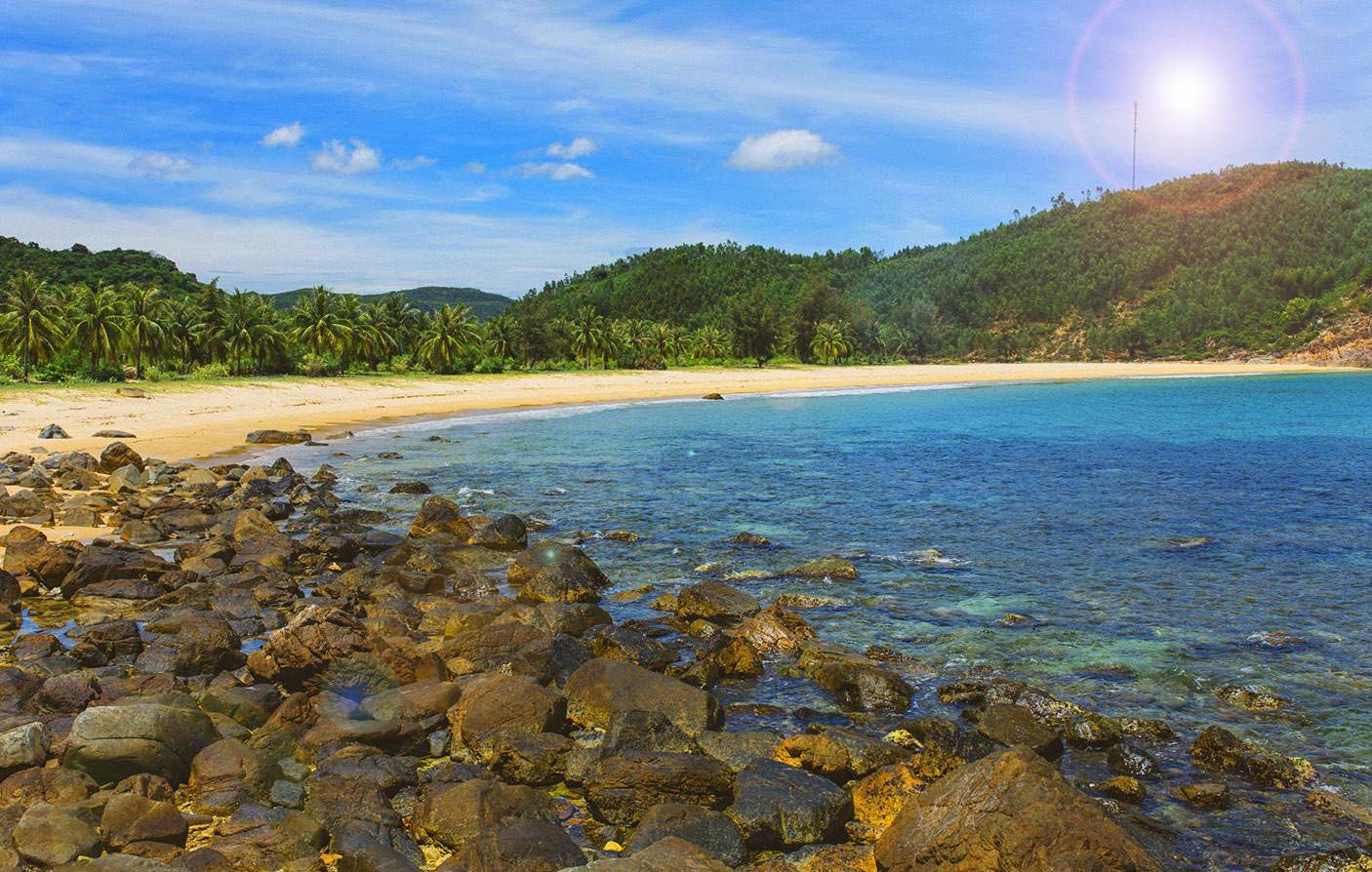 At the foot of Mui Dien is the pristine Bai Mon - which is often compared as a crescent moon - with fine white sand and clear sea water sparkling like crystal under the sun. Visitors can follow the path down from the lighthouse to come to Bai Mon, and admire the poetic path, with one side full of tropical trees, and the other filled with the immense sea and colorful fishing boats.

From Tuy Hoa, you can move along the national highway, and the image of Mang Lang church with European architecture (in An Thach commune, Tuy An district, Phu Yen) will gradually appear in front of your eyes. Located on the banks of the Ky Lo River (which is also regarded as Cai River by the locals), the church is nearly 2km from Chi Thanh town from the East. According to many records, Father Joseph de La Cassagne was the one who started the construction of Mang Lang church, and he was also the first priest of this parish. 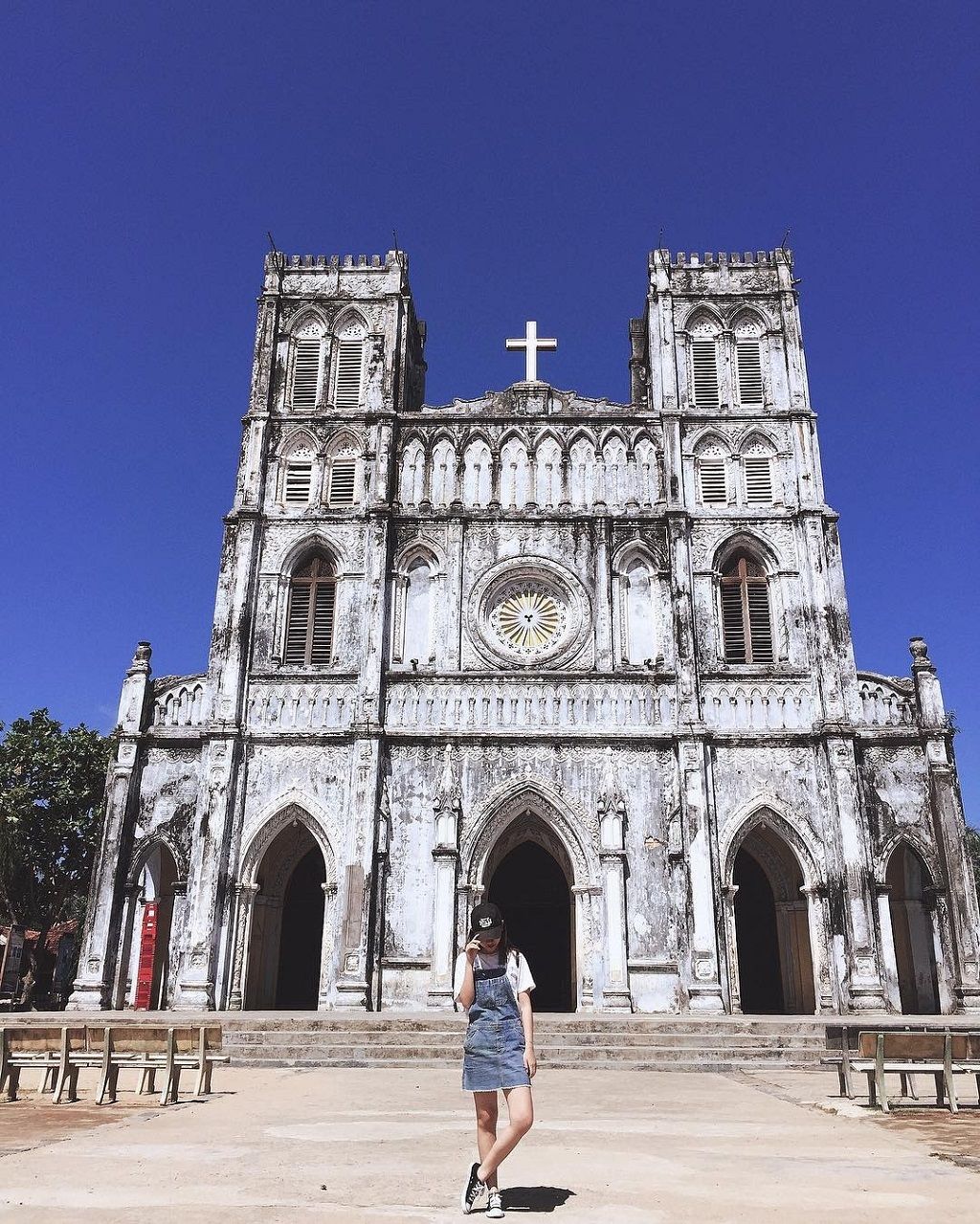 Architecturally, Mang Lang Church was built in a 5,000 square meter campus based on the Gothic-style with many typical decorative patterns. In the center is a cross, and the two sides have two gray-blue bell floors. In front of the yard, there is a small tunnel carefully built in the heart of an artificial hill with many carvings telling stories about Saint Anre Phu Yen. The church campus space is very airy and full of green trees.

Besides, Mang Lang church still holds the first book printed in Vietnamese. This is the catechism book of Father Dac Lo - who gave birth to the Vietnamese national language.

After visiting Mang Lang church, you can continue your trip to Ghenh Da Dia, which is in the An Dong commune, Tuy An district, Phu Yen province - about 40km from Tuy Hoa city and 10km from the church. Observing from above, you will easily realize that the Ghenh Da Dia has a shape almost like a giant beehive with cylindrical rocks of all sizes stacked as a “deliberate creation” of nature. Surveys and studies show that about 200 million years ago, volcanic activity in the Van Hoa plateau (about 46km from Ghenh Da Dia) caused lava to erupt into the torrents leading to the sea; as the lava met the cold water in the sea, along with the post-tensioning effects, they were frozen based on the water stretches along the longitudinal circuits, creating interesting stone blocks here. This uniqueness has attracted countless domestic and foreign tourists to Ghenh Da Dia. 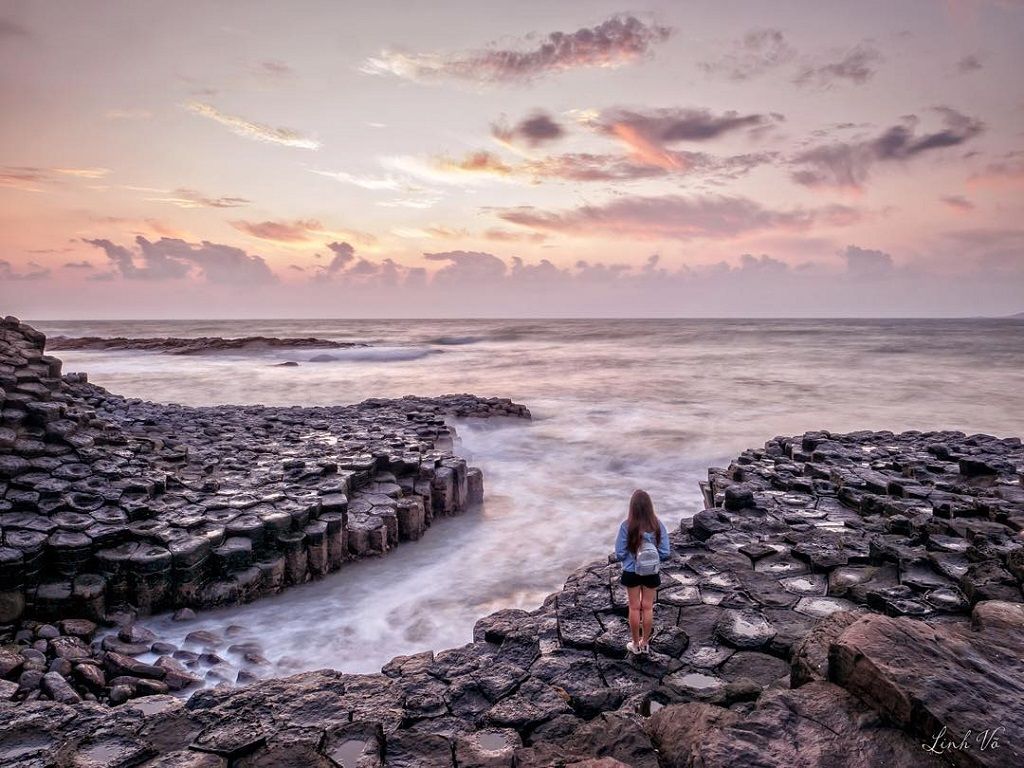 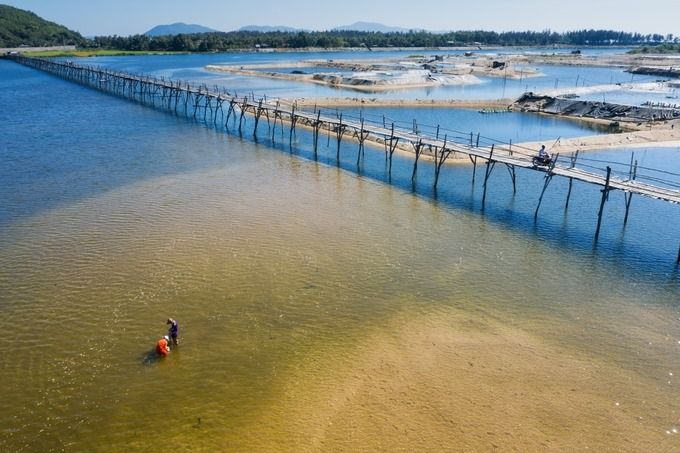 Phu Yen has a famous bridge which is called Mieu Ong Cop (also known as Ong Cop Bridge) over the Phu Ngan River, connecting the northern roads of An Ninh commune, Tuy An district with Xuan Dai ward, Song Cau town (Phu Yen). This is the longest wooden bridge in Vietnam with a length of 800m and a width of 1.5m. The Mieu Ong Cham Bridge, which was put into use in early 1999, is made of casuarina, eucalyptus and old bamboo. The bridge only allows people to walk or ride motorbikes. Also, the locals leave casuarina wooden panels at the foot of the bridge, so whenever a part is broken, it can be repaired immediately. Located in a charming river area, the bridge has a poetic and idyllic beauty, attracting many tourists, especially photographers. 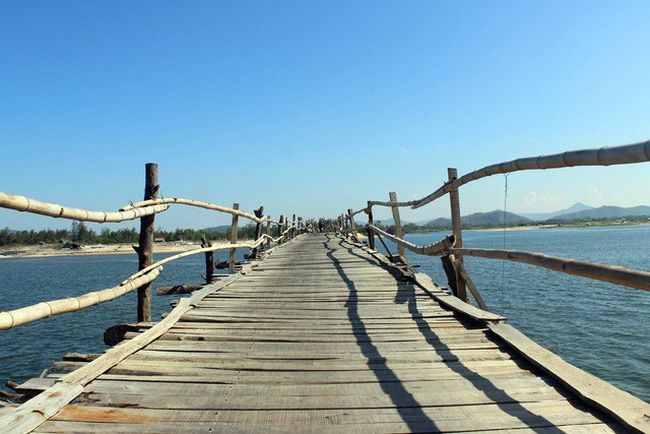 The surface of the bridge is made of casuarina and eucalyptus wood. Photo: VTV

The way to Phu Yen

With the development of the transportation network in Vietnam; coaches, trains and airplanes are the three most optimal choices to go to Phu Yen. Based on the distance and personal needs, tourists should choose the most suitable and convenient means for themselves and their companions.

If you are in Saigon, you can travel by coach with an estimated distance of 494 kilometers along NH14 or 581 kilometers along NH1 in roughly 11 hours. Tourists need to buy tickets from Saigon - Phu Yen with prices ranging from VND 180,000 to 300,000/ticket.

From Hanoi, to save time traveling to Phu Yen, you should take the SE3 train departing at 10:00pm and arriving at Phu Yen station at around 8:11pm the next night with the price ranging from VND 400,000 to over 1,000,000/ticket, depending on the type of seat.

Visitors can also choose the SE7, SE5, SE1, TN1 train at the same price with a more diverse departure times from morning to night. 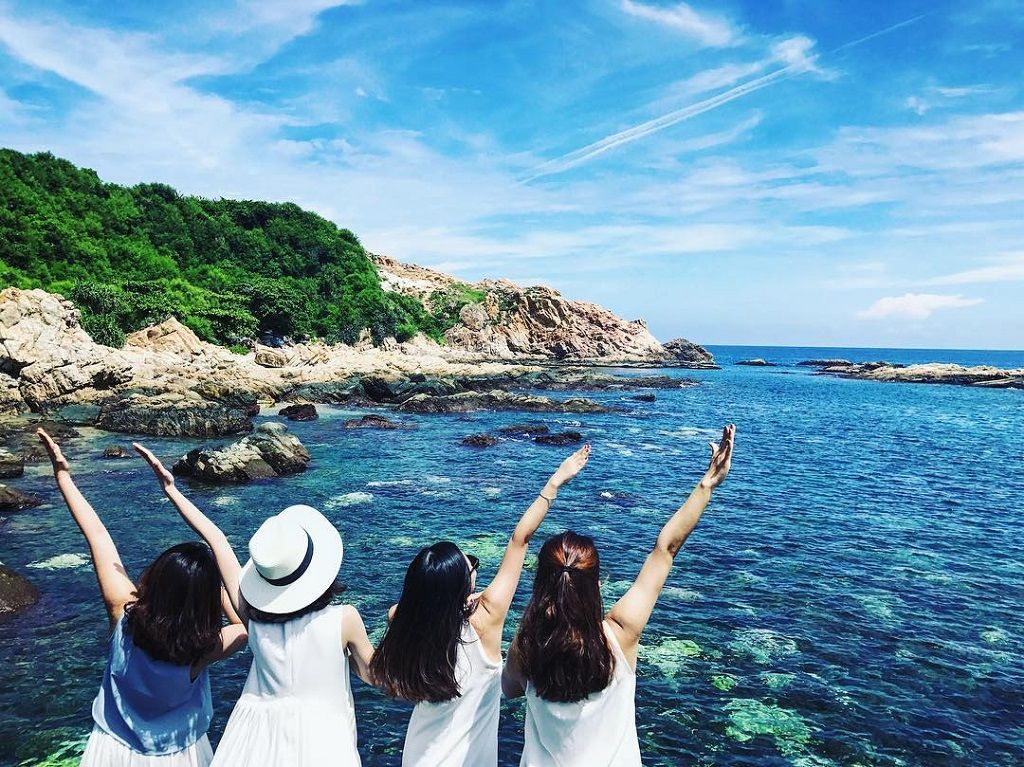 There are many options such as plane, train and coach to Phu Yen. Photo: travel.com.vn

Some airlines from Hanoi to Tuy Hoa - Phu Yen for tourists to choose include Vietnamairline, Bamboo and Vietjet - with the ticket prices ranging from VND 1,000,000 to 1,500,000/ticket, depending on certain times.

You should “hunt” the time when companies simultaneously reduce prices, such as before the Lunar New Year, summer greetings, the company's birthday, etc., to find “super cheap tickets” to save traveling costs.

In Phu Yen, tourists should also rent a motorbike at VND 100,000/day to be active in your trip.