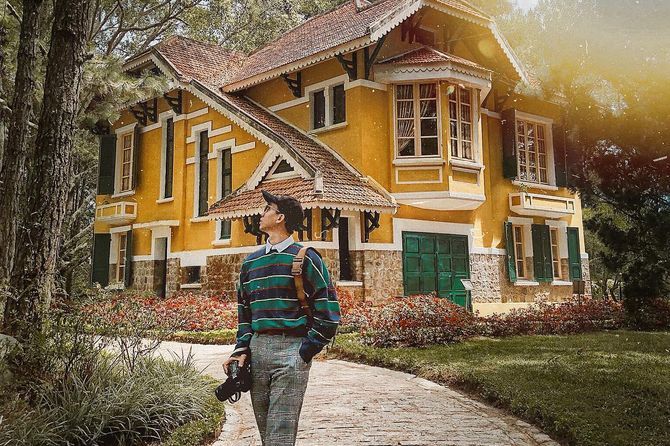 If you want to visit a place to learn more about the history of the S-shaped country, especially about the last feudal dynasty in Vietnam, you should visit Bao Dai Palaces with Nem-vn.net. You can see the ancient residence of Bao Dai King with your own eyes as well as take photos with the large and beautiful campus.

An overview of Bao Dai Palaces

Bao Dai is the last emperor of Vietnam, who had many palaces in different cities and provinces along the country, but the city which has the largest number of his palaces he used as resorts is Da Lat. This can be explained by his preference for the cool and comfortable weather there.

There are a total of 3 Bao Dai Palaces in Da Lat. They are famous tourist destinations in the city of thousands of flowers which attracts a large number of domestic and international tourists coming to take photos as well as learn about Vietnamese culture. The Bao Dai Palaces have also been voted in the top 20 most favourite tourist destinations in recent years. It would be a big mistake for you not to come by these places when visiting this city. 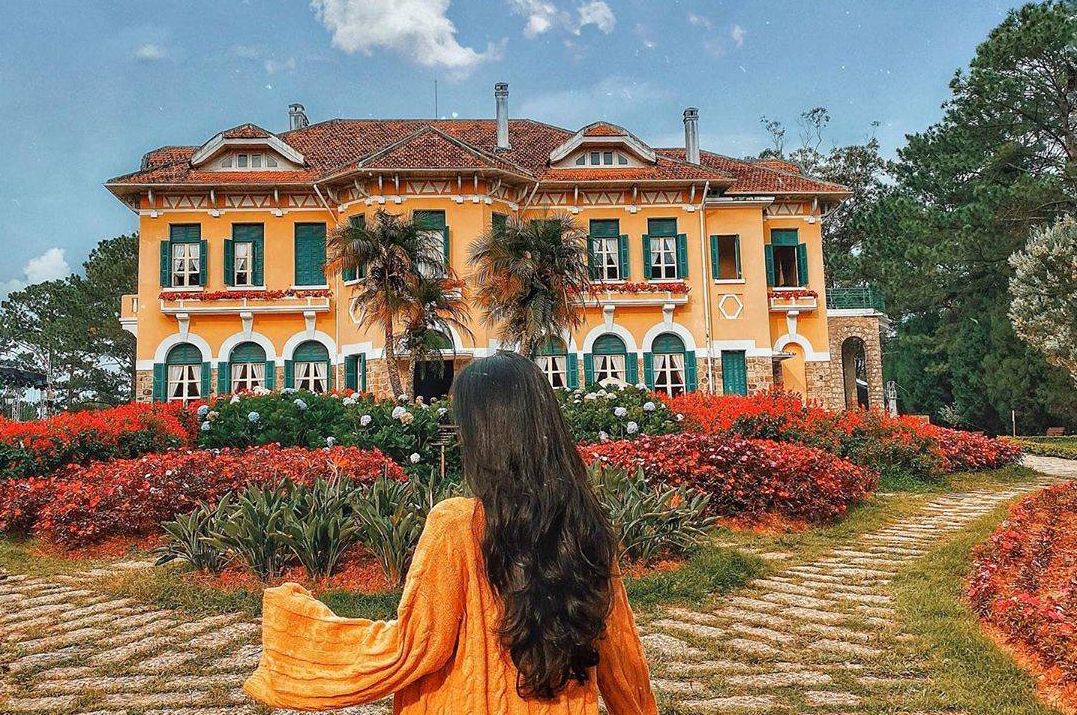 Discover the distinct beauty of each Bao Dai Mansion

+ Package ticket for visiting Palace I is VND 150,000/person, including activities such as taking photos with chariots, horses, dressing as the emperor and soldier, doing archery, playing golf, taking pictures with wax figures and so on. 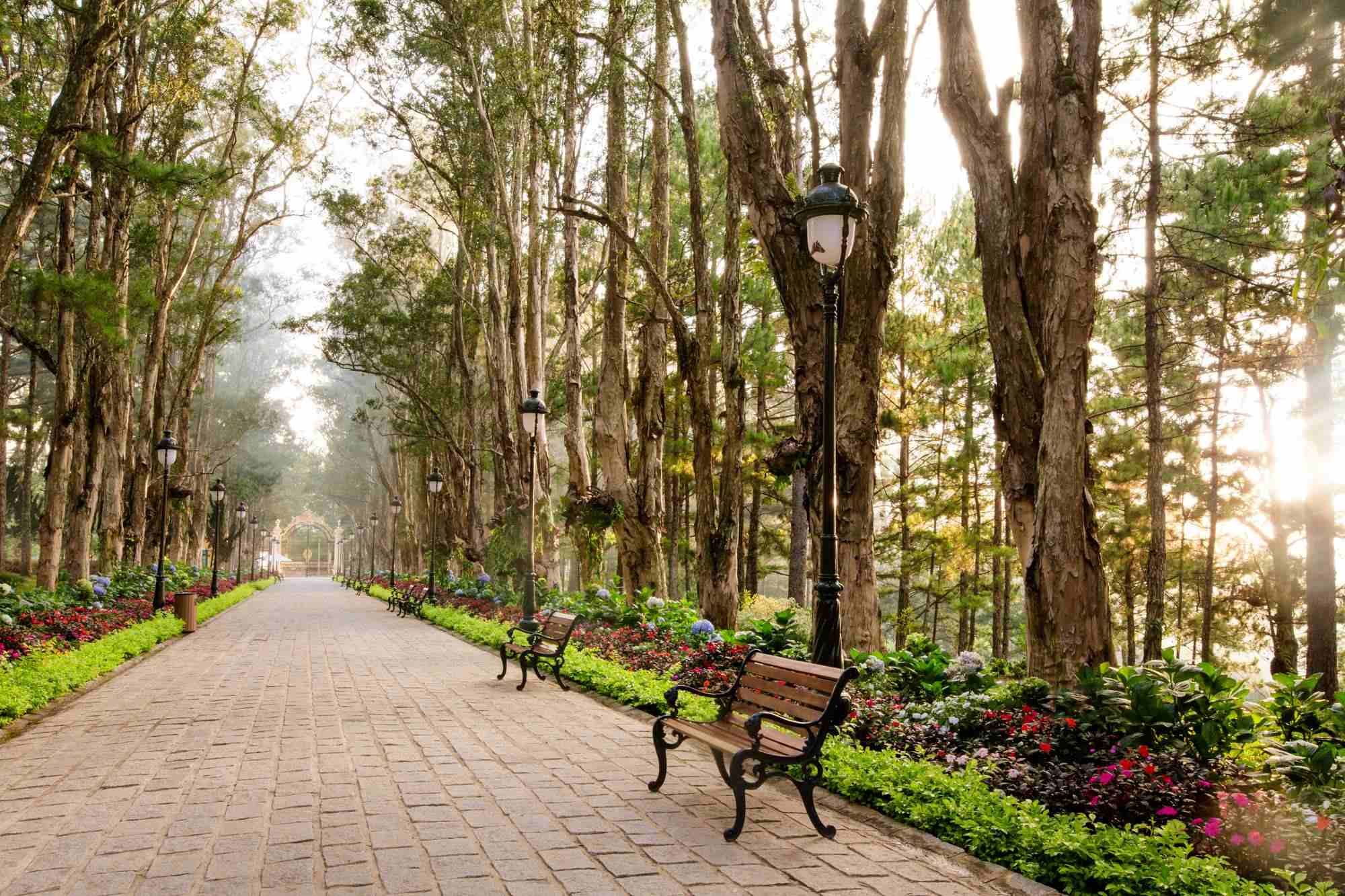 The path to the palace is as beautiful as French palaces. Photo: dalattrongtoi.com

Palace I is also known as King Palace, which is located nearest to the city center and also the most popular tourist attraction among the three palaces. In fact, this is the place where Bao Dai lived during the most difficult time of his life. 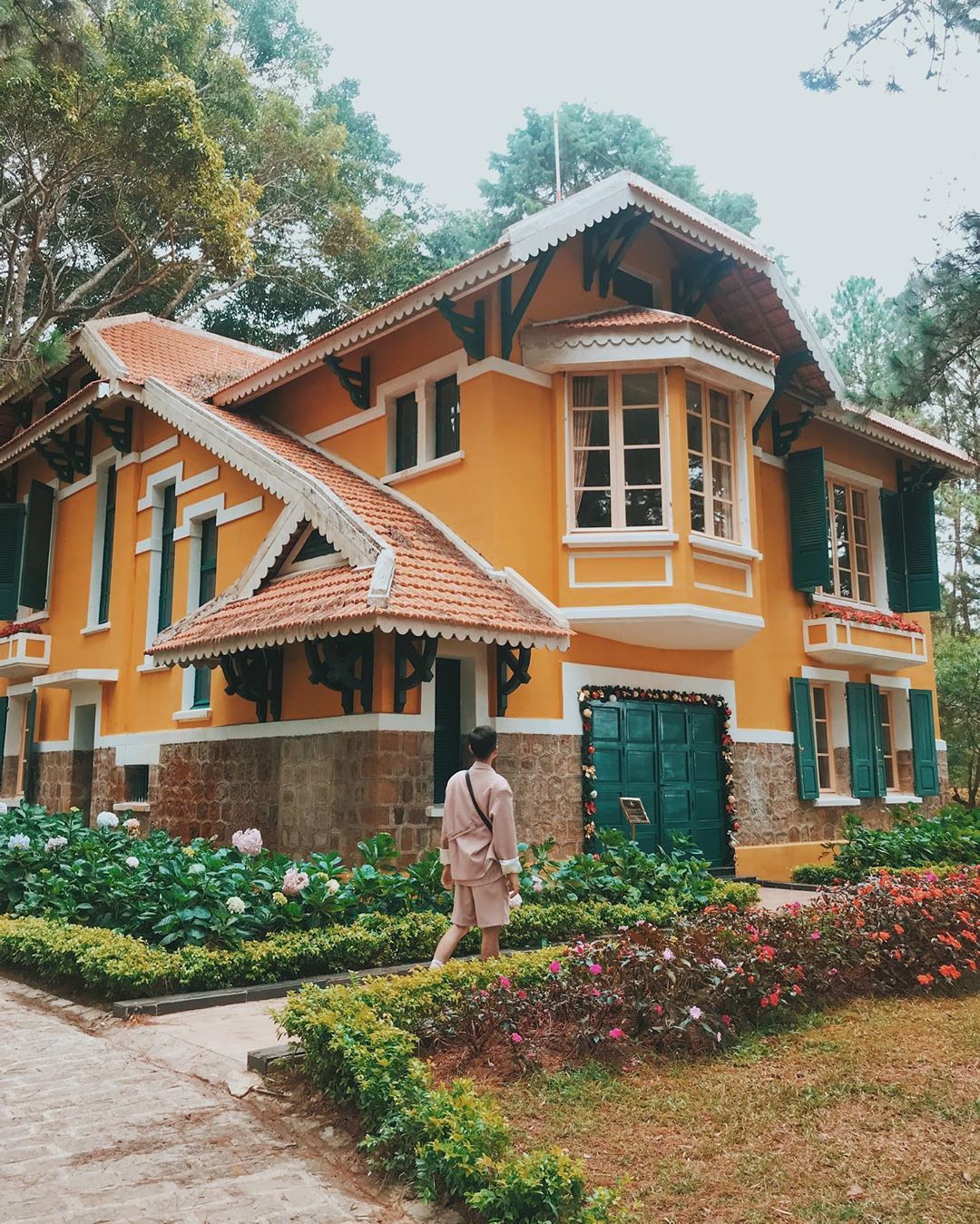 Palace I is located on a hill 1,550 meters high with a poetic natural setting. In terms of natural beauty, the Palace I will rank first in the three palaces. This was the residence and workplace of Bao Dai during the time he was the head of the nation. The palace was constructed in a new and unique architecture, which was regarded by the French as a million-dollar mansion based on their standards. 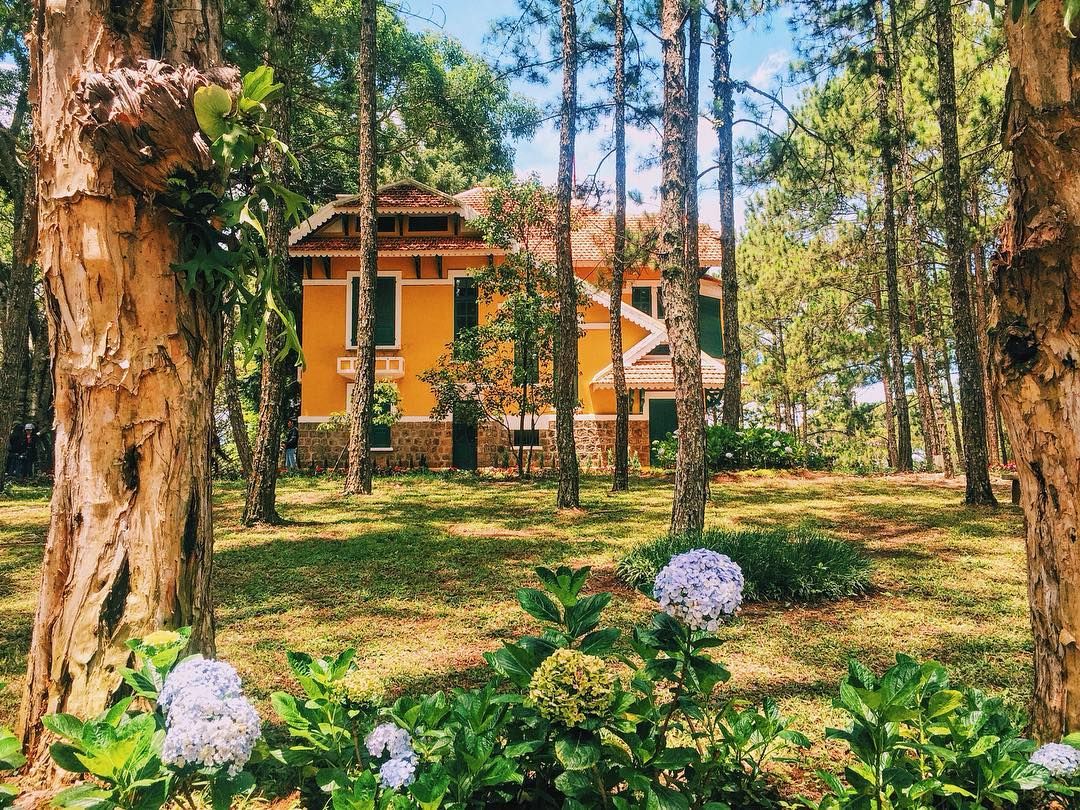 Palace II is also regarded as the summer palace, which was the residence and workplace of Bao Dai during hot summer days. The palace is situated on a hill 1,540 meters high, surrounded by lines of pine trees, which is about 2 kilometers from the center of Da Lat. Thanks to such a high position, the air here is very cool and fresh all the time. Built in the 1933s, the palace is considered as a magnificent mansion with 25 different luxurious rooms. From its position, you can view the entirety of the Xuan Huong Lake. 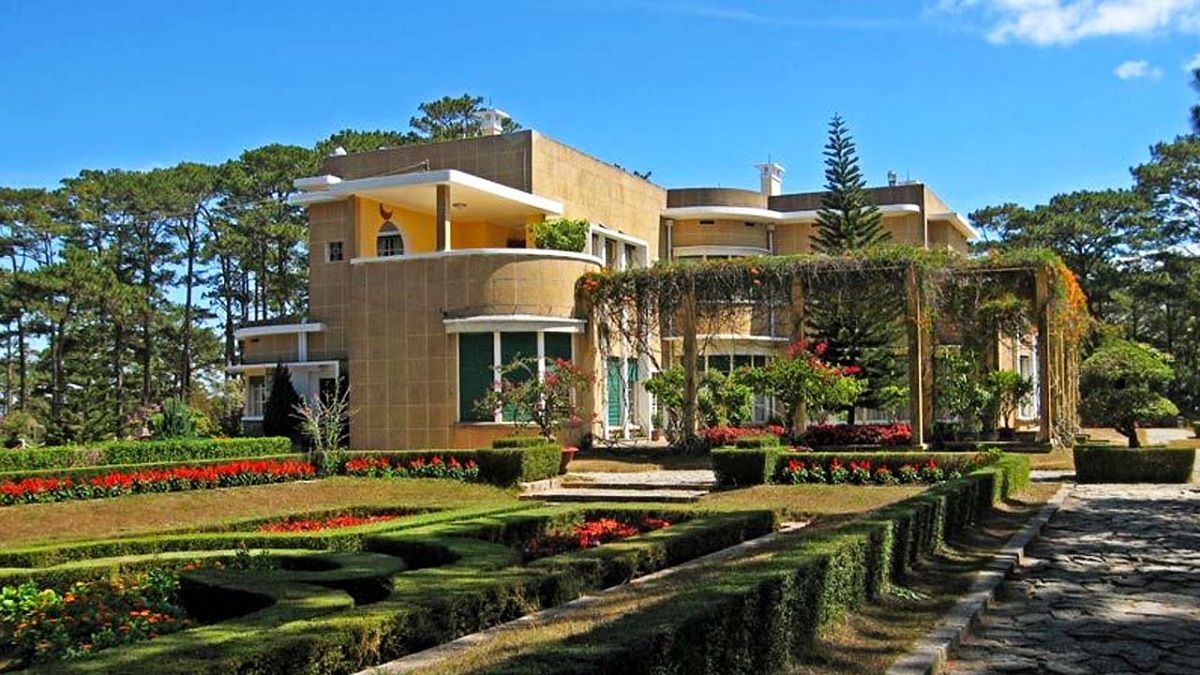 Bao Dai requested to build a solid secret tunnel inside the palace to ensure the absolute safety for his whole family from the day he moved from the Government-General of French Indochina into there. This tunnel, which is fully concreted, is connected to a wine cellar with a width of about 1.5 meters and height of more than 1 meter. 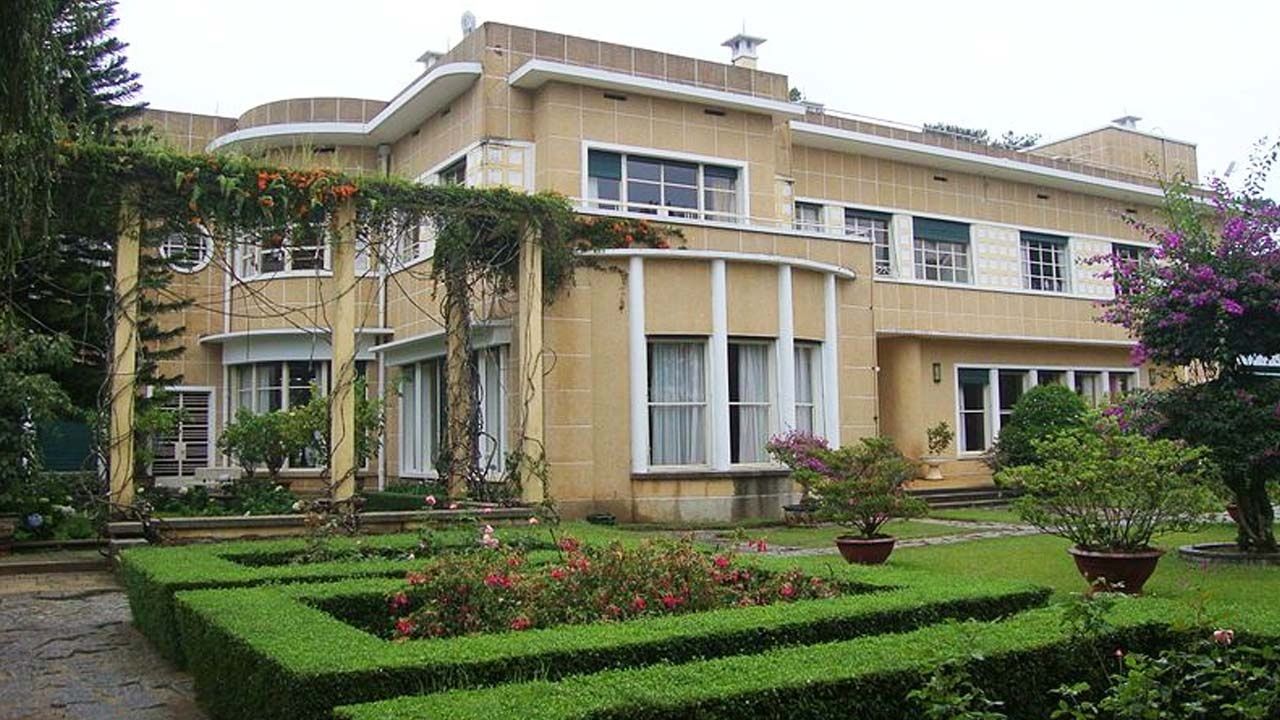 A large campus on the front. Photo: mytour.vn

Bao Dai Palace II is now mostly used for organizing conferences and VIPs, so it is not always open for visitors. 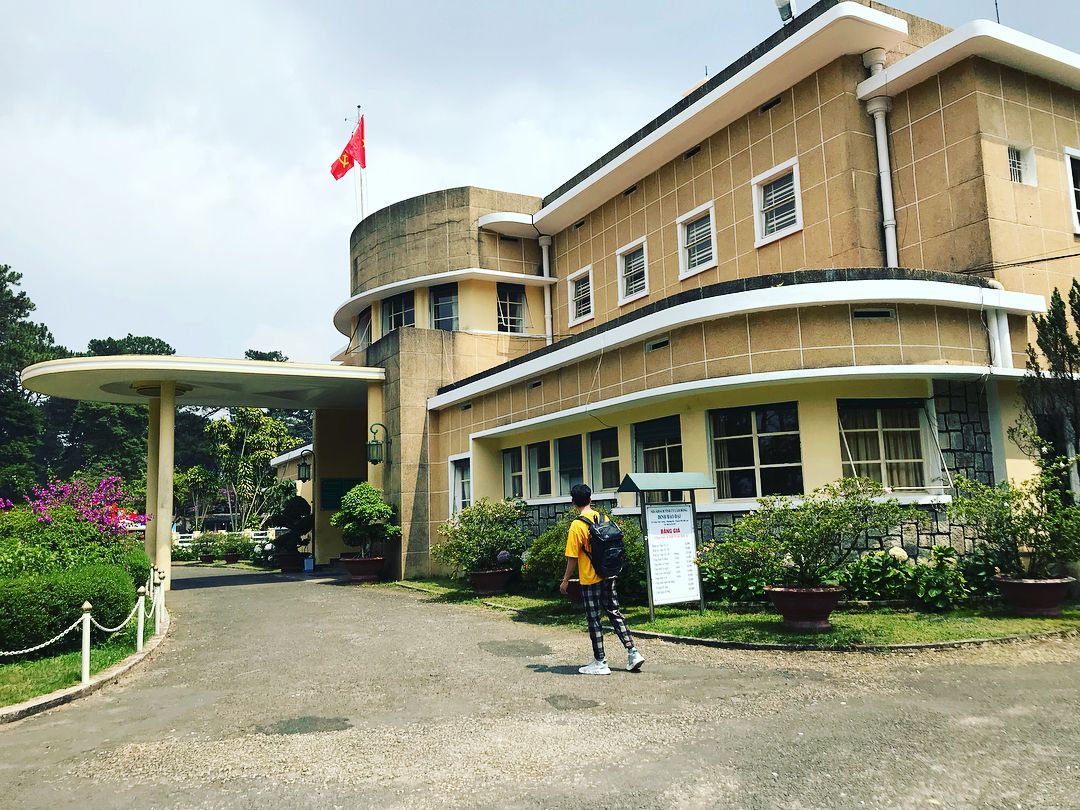 Bao Dai Palace III is located, similarly to Bao Dai Palace II, in a place which is about 2 kilometers from the center of Da Lat city. Both the Palace III and Palace II were built at the same time from 1933 to 1937. This palace was also built on a hill of 1,593 meters high with 25 bedrooms. The difference between the two places is that Palace III was constructed with 2 floors. When entering the working office of Bao Dai, you will be able to see the emperor's seal, the national flag and the credential of the Nguyen Dynasty with your own eyes.

Many visitors appreciate Bao Dai Palace III by its elegant beauty amidst a pine forest. Not only does the palace include rigid concrete blocks, but the architectural landscape of the park, Thuong Uyen Garden, Ai An Forest and a small lake, creating an extremely romantic setting. 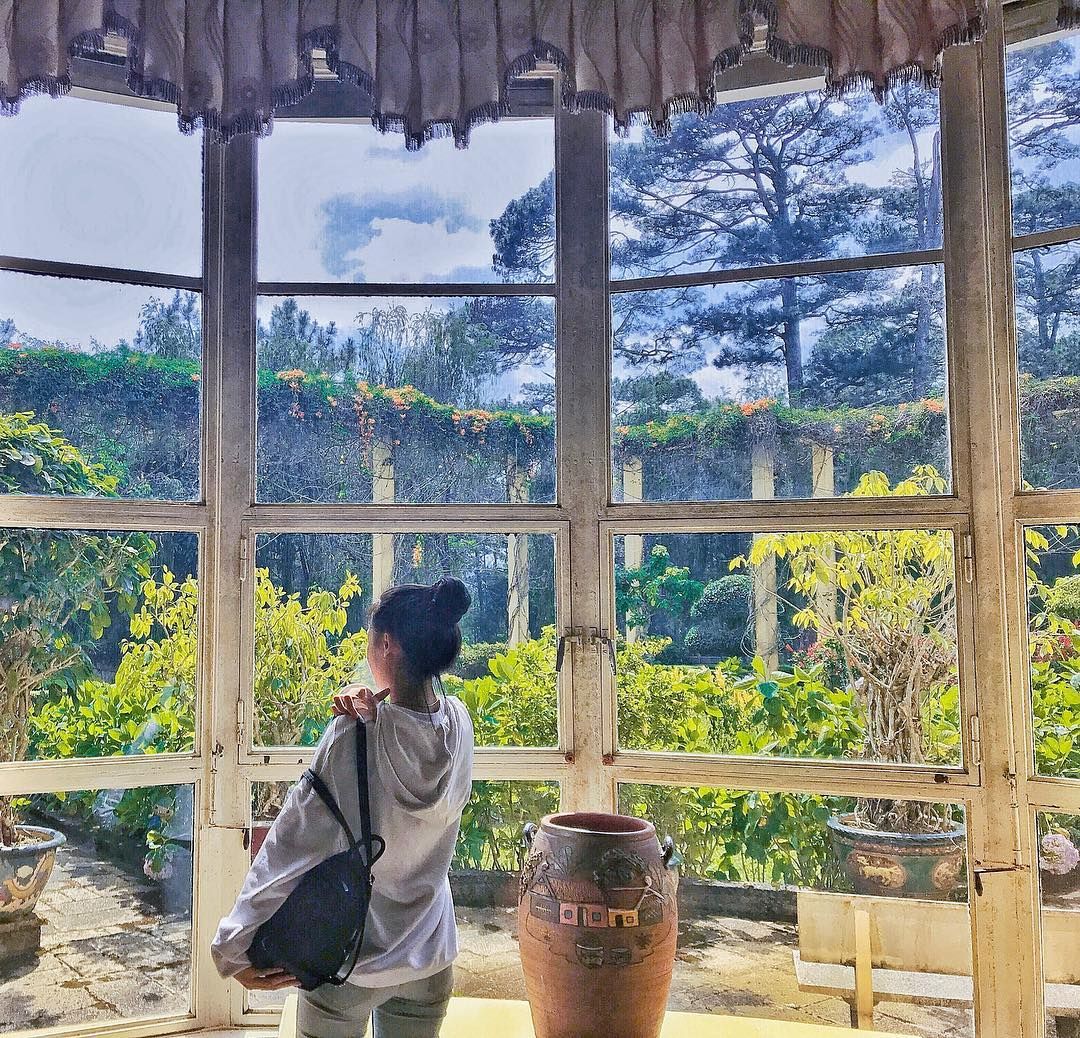 Every Bao Dai Palace in Da Lat has its own different architecture, but Nem-vn.net can assure that all of them have unique cultural values as well as beautiful natural scenery. You will definitely not regret taking the time to visit these destinations.