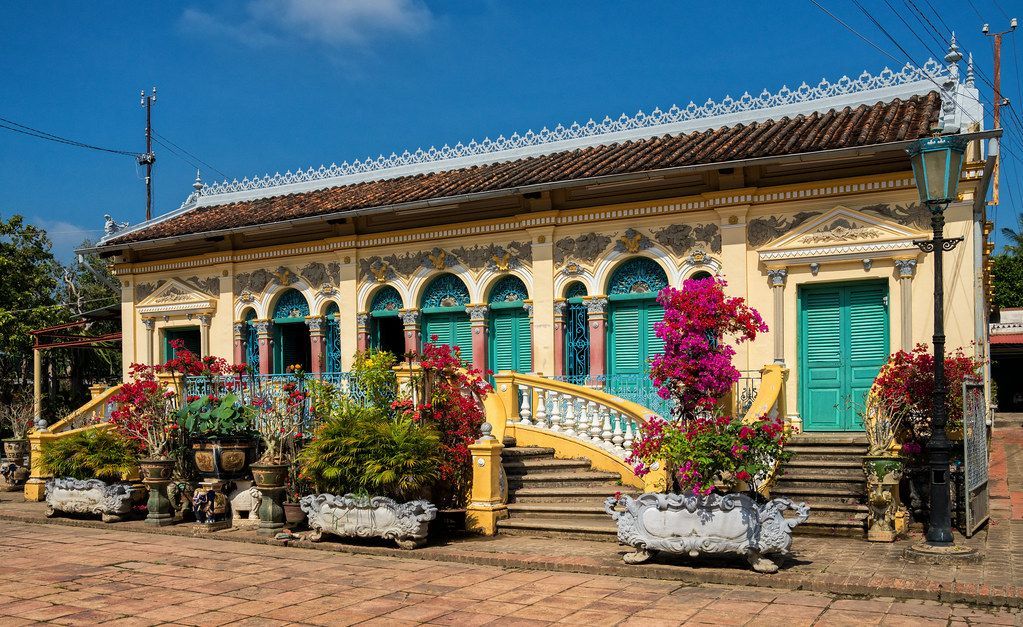 Despite being built 150 years ago, the architecture of Binh Thuy ancient house remains almost intact, which was the combination of Eastern and Western culture. This is one of the most attractive places in Can Tho.

Binh Thuy ancient house appeared in some movies in the world

Binh Thuy ancient house is one of 70 ancient houses in Can Tho and is almost intact, which is valuable for tourism as well as supporting the study of culture, customs and habits of the people in Southwest Vietnam in the last years of the 19th century. 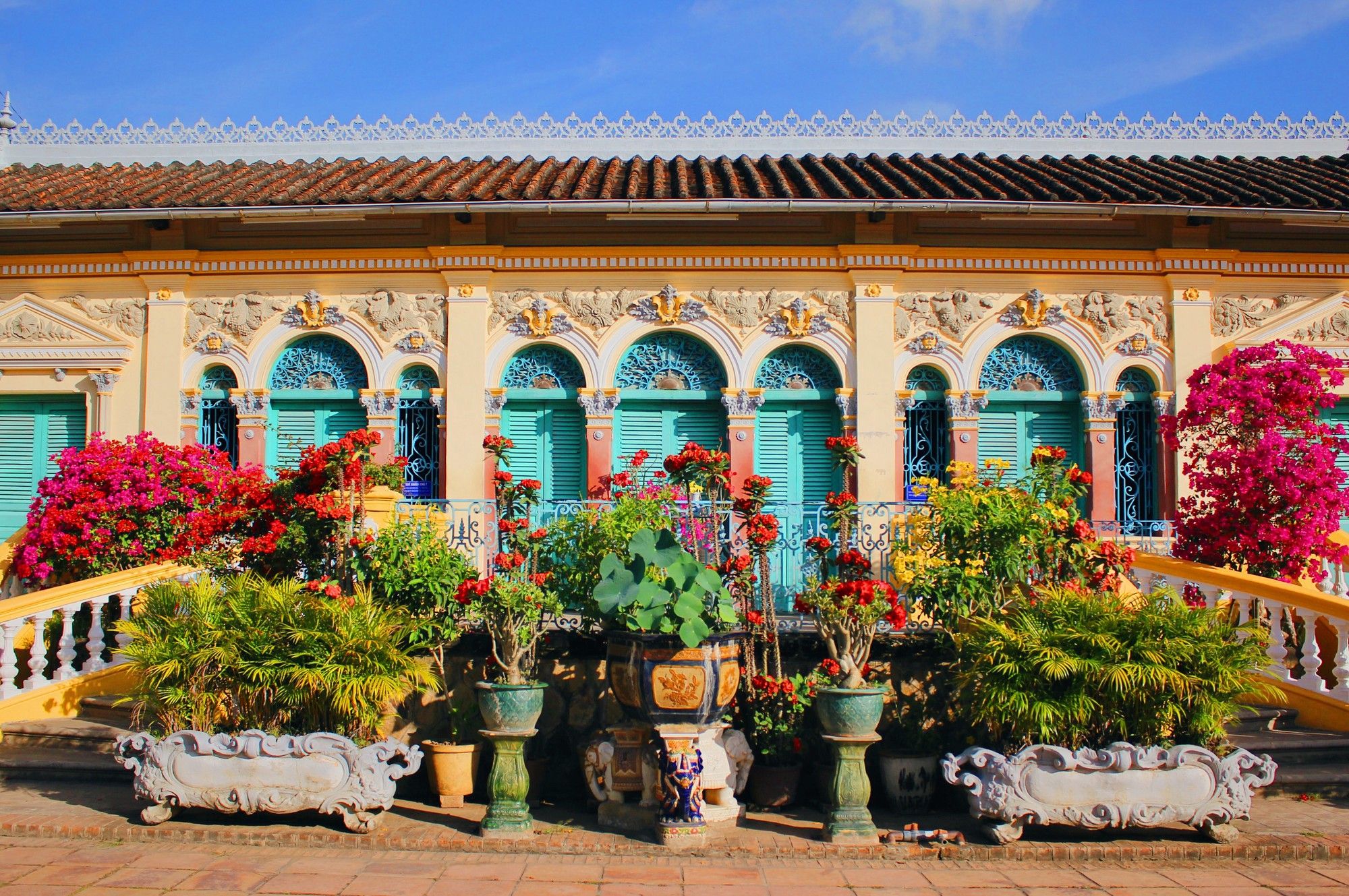 Binh Thuy ancient house is known as the most beautiful house in Can Tho. Photo: zing.vn

Around the end of the 18th century, the Duong family came to settle down in the Southern region of Vietnam, and up to now, there have been six generations. Mr. Duong Van Vi (3rd generation) chose the land near Binh Thuy canal as a place to live and work. In 1870, he built this house with wood and roofed it with tiles in order to worship his ancestors, but about 30 years later, he redesigned and rebuilt it. In 1904, Mr. Duong Van Vi died, and his youngest son Duong Chan Ky - a wealthy landowner - continued the construction of the house. In 1911, the house was completed with the current appearance.

Currently, this is a rare model of an old house left intact in Binh Thuy, so locals often call it “Binh Thuy ancient house”. 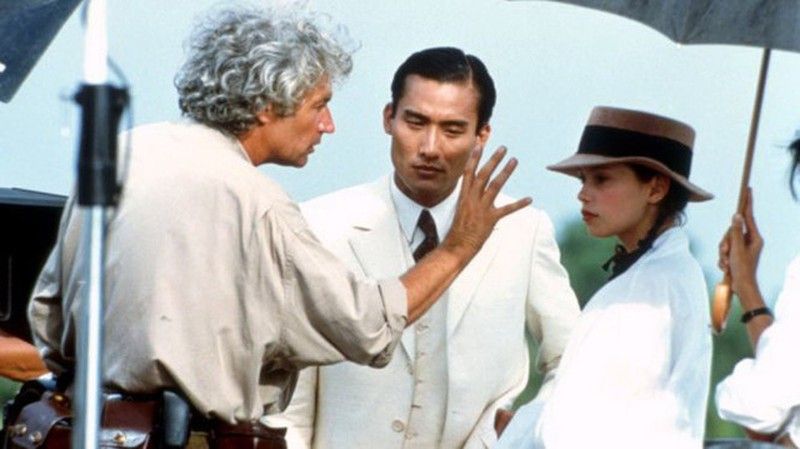 Director Jean Jacques Annaud directed two main actors in the movie "The Lover" with the main setting in the ancient house of Binh Thuy. Photo: baophapluat

The unique feature of Binh Thuy ancient house not only attracts domestic and international tourists, but it is also chosen by many directors and film studios to be a movie set, for example the movie “The Lover” by famous French director Jean Jacques Annaud with the participation of two famous actors Luong Gia Huy and Jane March. The reason he chose Binh Thuy ancient house for filming was its unique and magnificent features.

With unique historical, cultural and architectural values, Binh Thuy ancient house was recognized by the Ministry of Culture, Sports and Tourism of Vietnam as a "national architectural and artistic monument" in 2009.

In the 1900s, Westernisation was very popular in the southern provinces of Vietnam and the Binh Thuy ancient house was not an exception, but the unique highlight here is that this house has a harmonious combination of architecture between Eastern and Western cultures. Therefore, it has both the rustic features of Southwest Vietnam while looking like an old French villa. 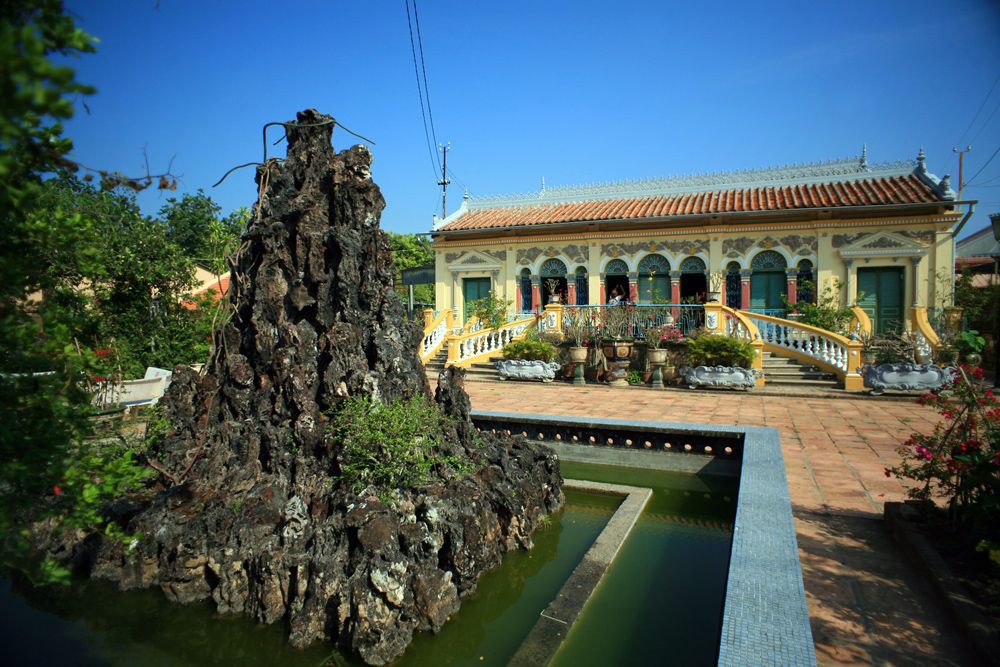 The ancient house of Binh Thuy has the rustic features of the Southwest region and looks like an old French villa. Photo: redsvn 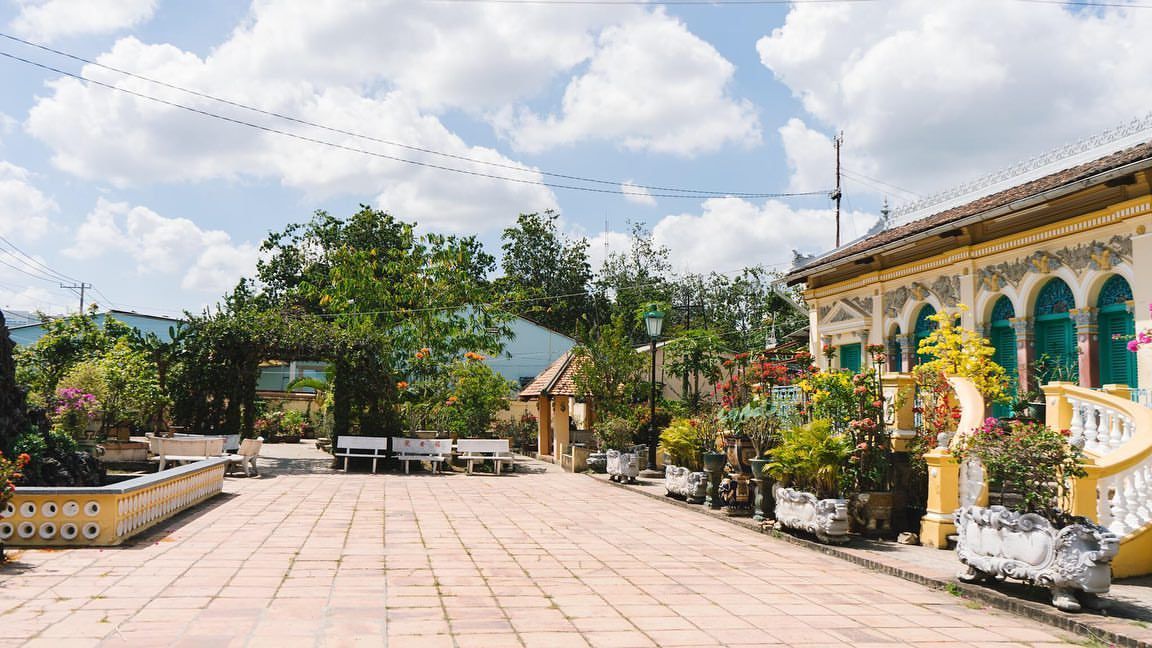 The large courtyard is adorned with many flowers and ornamental plants. Photo: thamhiemmekong

The total area of the house is up to 6,000m2, facing the East-West direction with the ground floor being 1m higher than the garden. The house campus has a lot of green trees and flowers to create a lively and fresh look. While the interior features the traditional art style of Eastern culture, the outside of the house is based on Western designs. The gate of the house is in the style of France, which was solidly built with an iron fence. As soon as you step into the yard, you will be impressed with an Asian-style side gate. 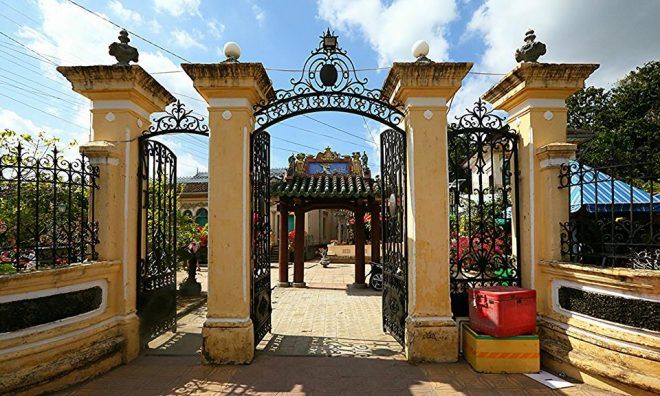 The entrance in the style of French architecture. Photo: Place 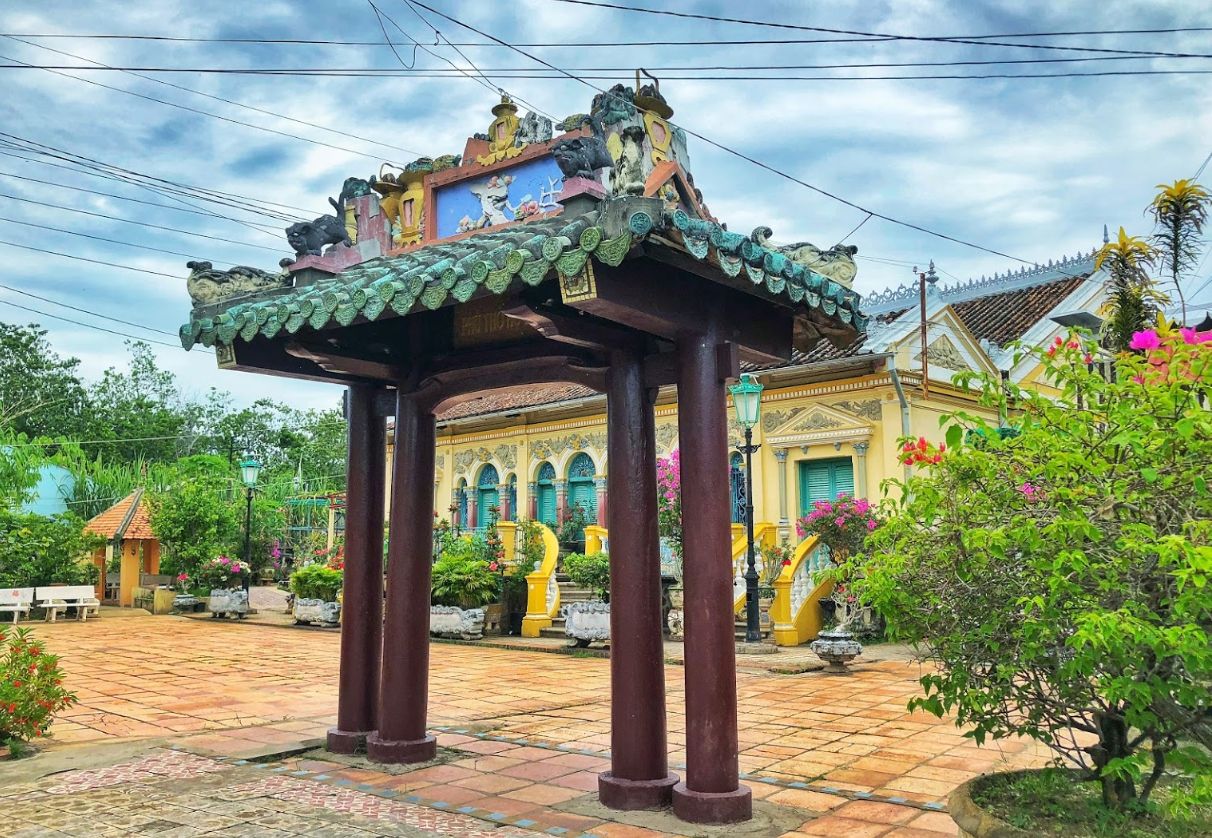 The Asian-style side gate is opposite to the main gate. Photo: thamhiemmekong

Right in front of the house, you will be impressed with the embossed details, pillars and arches based on French architecture. Different from the common houses in Southwest Vietnam with a staircase in the middle of the house, this work has two staircases from two sides in the shape of a bow to create a flexible and elegant look. In the middle of the two stairs, there are ornamental plants representing the perceptions of feng shui of the East. From the stairs leading to the house, there are many iron and wooden windows to provide ventilation. 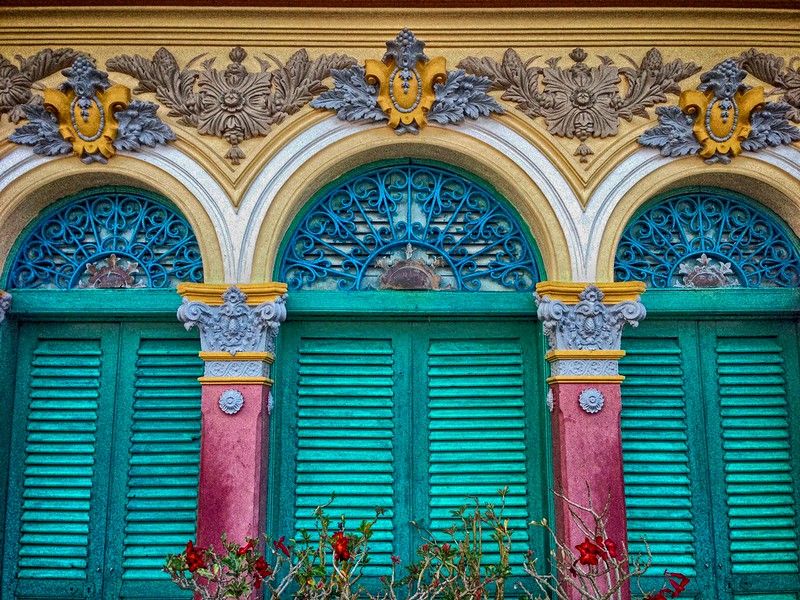 Embossed details in French style on the facade of the house. Photo: chothuexecantho24h 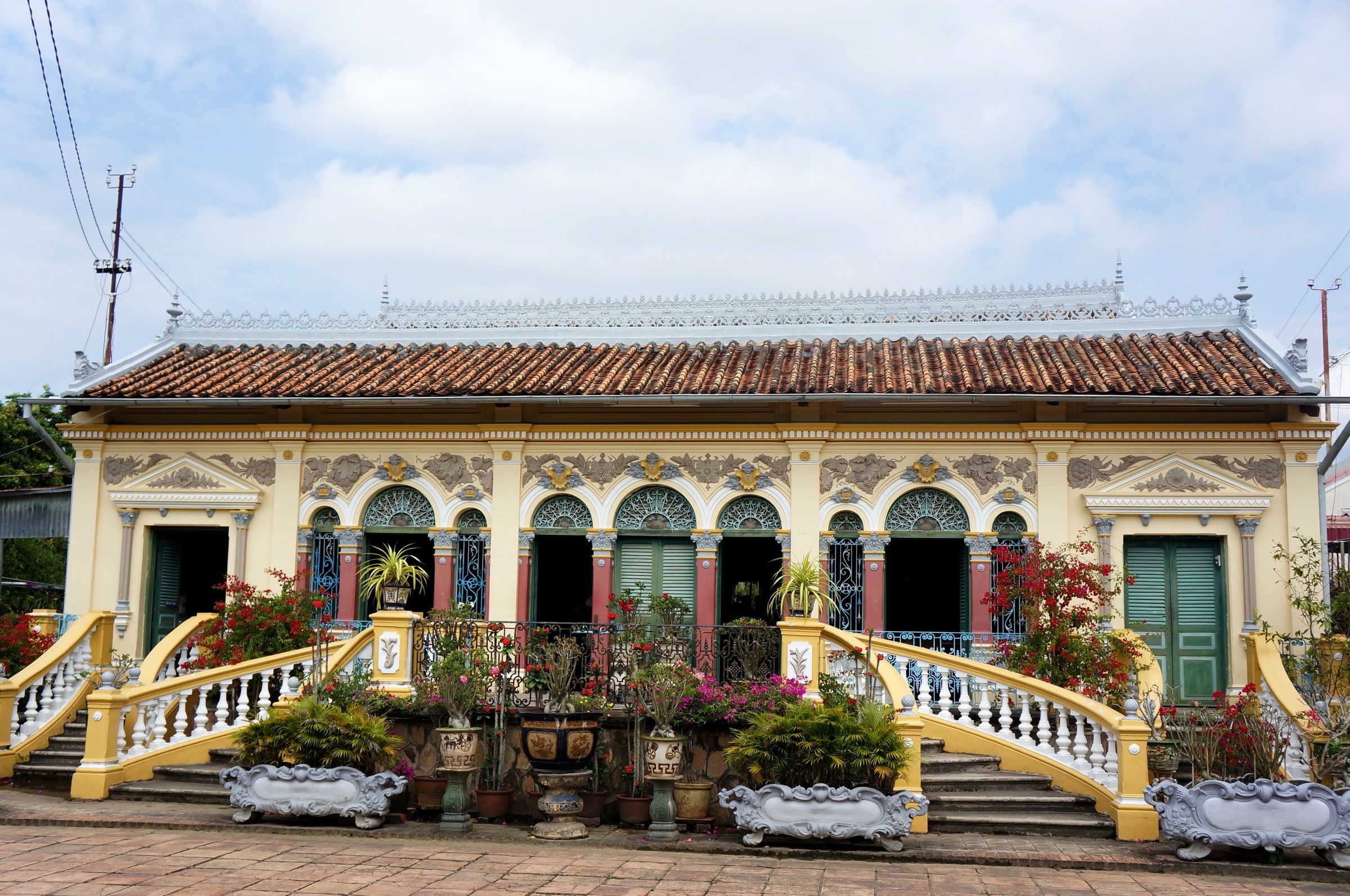 This work has two staircases from two sides in the shape of a bow to create a flexible and elegant look. Photo: Vnexpress

The house consists of three parts, namely the front part, the middle part and the back part, in which, the front part has five compartments and is used to welcome guests on important occasions. While the middle part also has five compartments for living and worshiping, the back part is a communal space. The three parts of the house are separated by a system of carved woods with familiar patterns in ancient architecture and close to the life of the Vietnamese people in the South.

The house is built with a total of 24 beams made from Pyinkado wood, while the roof is covered with three layers with two layers under the shape of a trough, which is very airy. Inside the ancient house of Binh Thuy, the entire interior is arranged according to the law of symmetry, yin-yang and left-right, showing sophistication and understanding of art. The main room of the house has three sets of tables and chairs - one for guests, one for dining and one for the family. The floor of the main house is also covered with a layer of granulated salt with a depth of about 10cm under the tiled floor to repel insects and provide ventilation for the house. Notably, the floor tiles were all imported from France; the walls around the house were also tiled to create a highlight, and the ceiling was made in the Western style of “plafond”. 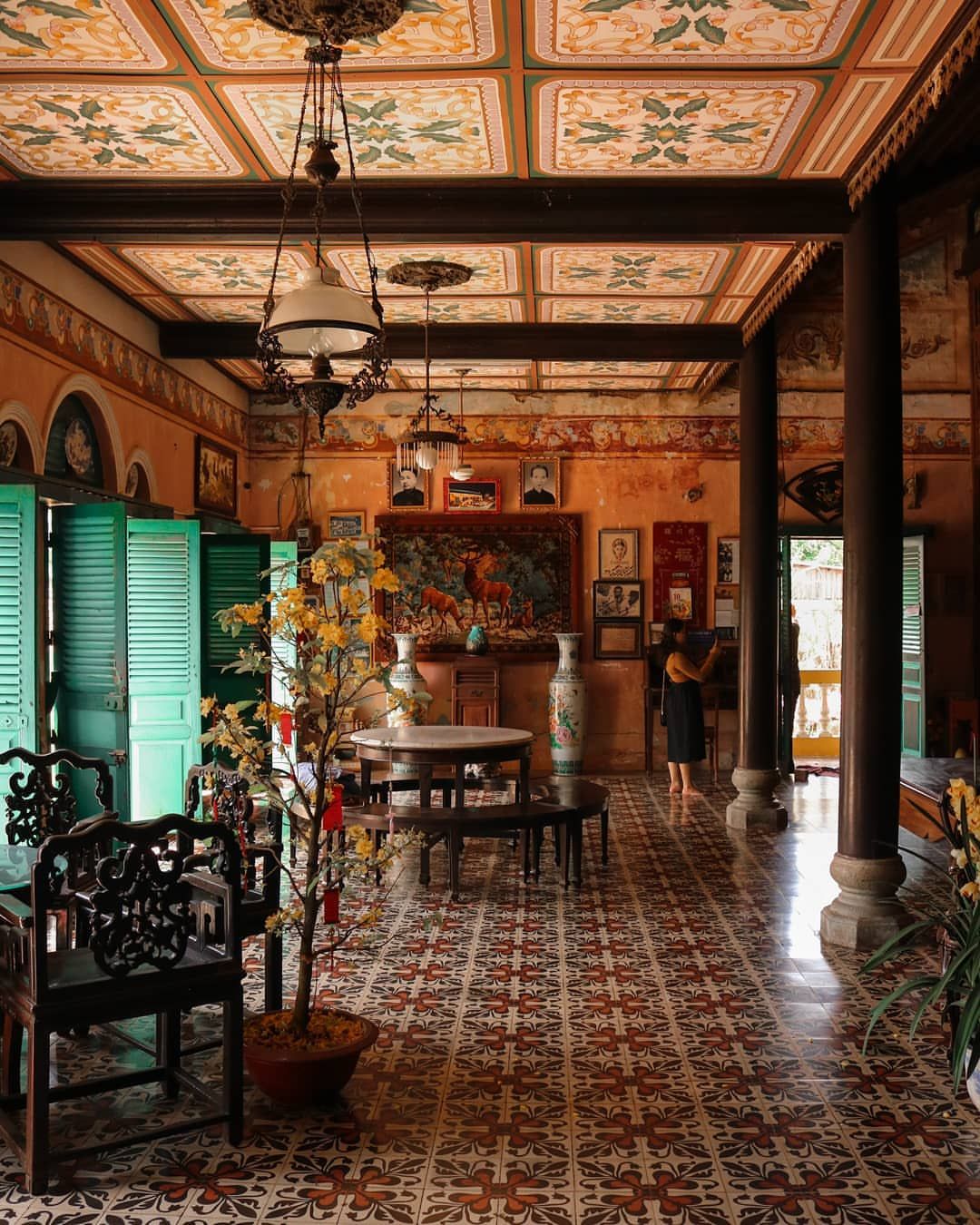 The interior and decorative details in the house are a combination of Western and Eastern features. Photo: thamhiemmekong 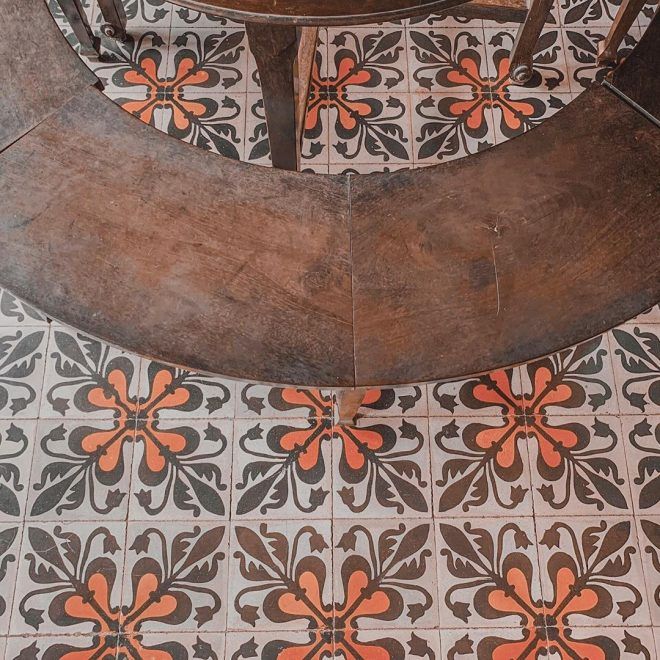 The floor tiles were imported from France. Photo: place 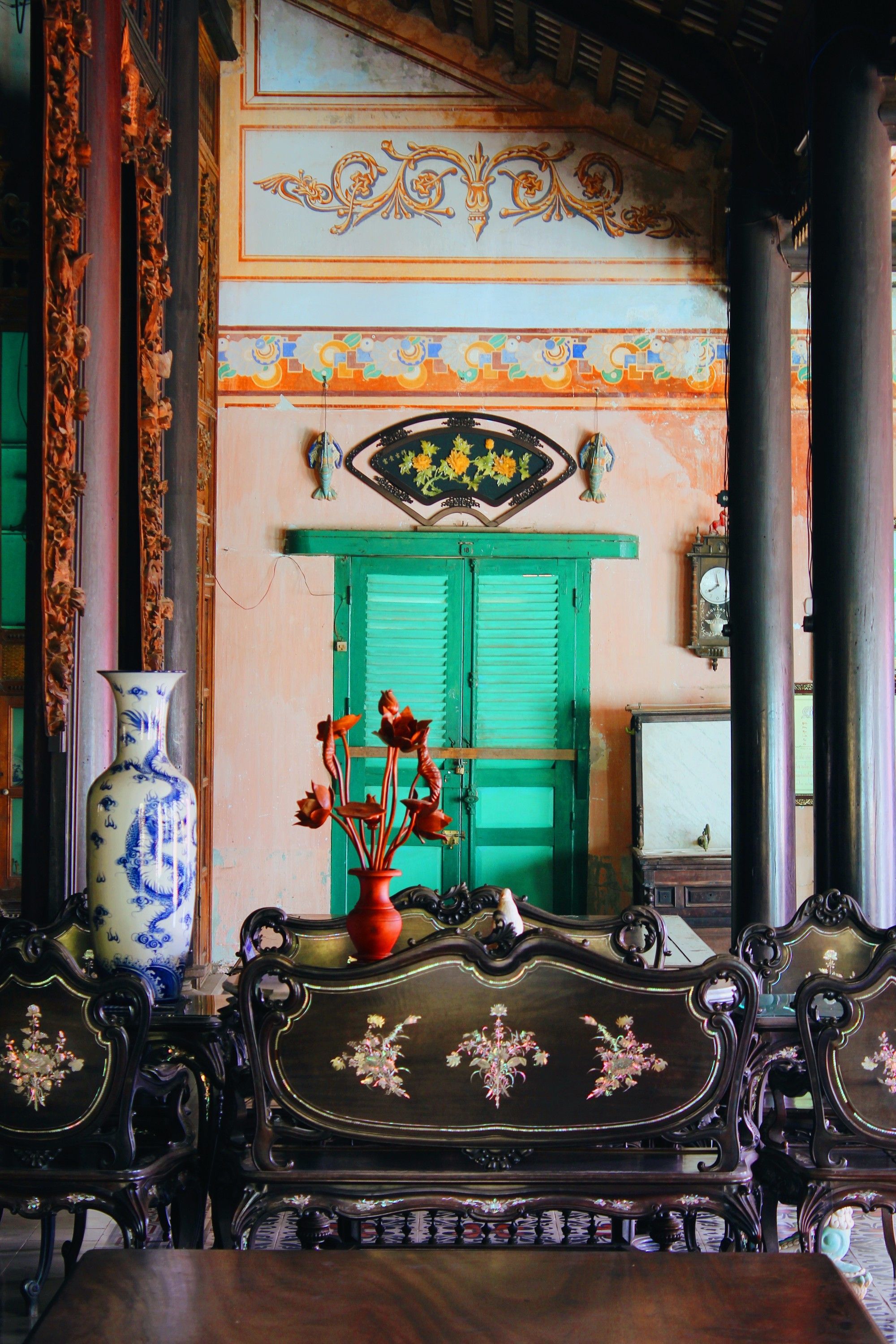 The walls around the house were tiled to create a highlight. Photo: kenh14

Although the decoration in the house is mainly in the French style, the worship space features the traditional style of the people in Southern Vietnam with delicately carved incense burners and spirit tablets. The owner cleverly put animal images of prosperity into the sculptural details of the house, such as dragons, phoenixes, bats, birds and peacocks. 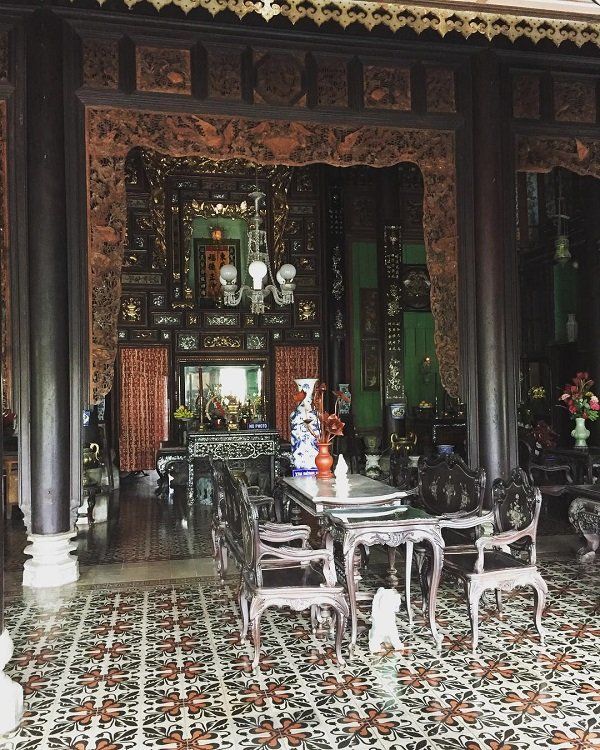 The place of worship is in the traditional style of the Southern people in the past. Photo: thamhiemmekong

The collection of antiques and beautiful orchid garden

The value of Binh Thuy ancient house is also in the orchid garden with many rare varieties. The fifth descendant of the house - Mr. Duong Van Ngon - was passionate about flowers and ornamental plants, so he collected a lot of flowers, especially rare orchids from all over the world, among which is the very famous 40-year-old Mexican cactus. 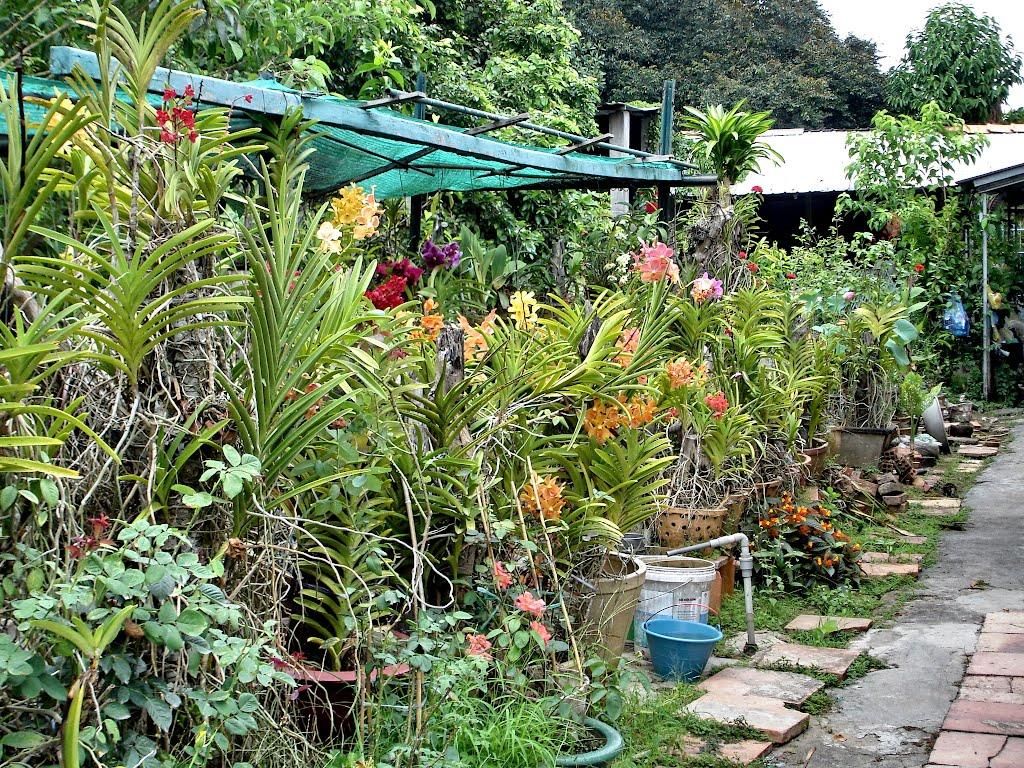 The orchid garden in the precinct of Binh Thuy ancient house. Photo: didulich

The Duong family from generation to generation has had a hobby of collecting antiques. Therefore, when coming to Binh Thuy ancient house, you will be able to admire many kinds of rare and precious antiques such as: Yunnan table and chair set (China), French sofa set in Louis regime, tea sets from Ming and Qing Dynasty and white chandeliers from the 18th/19th century. 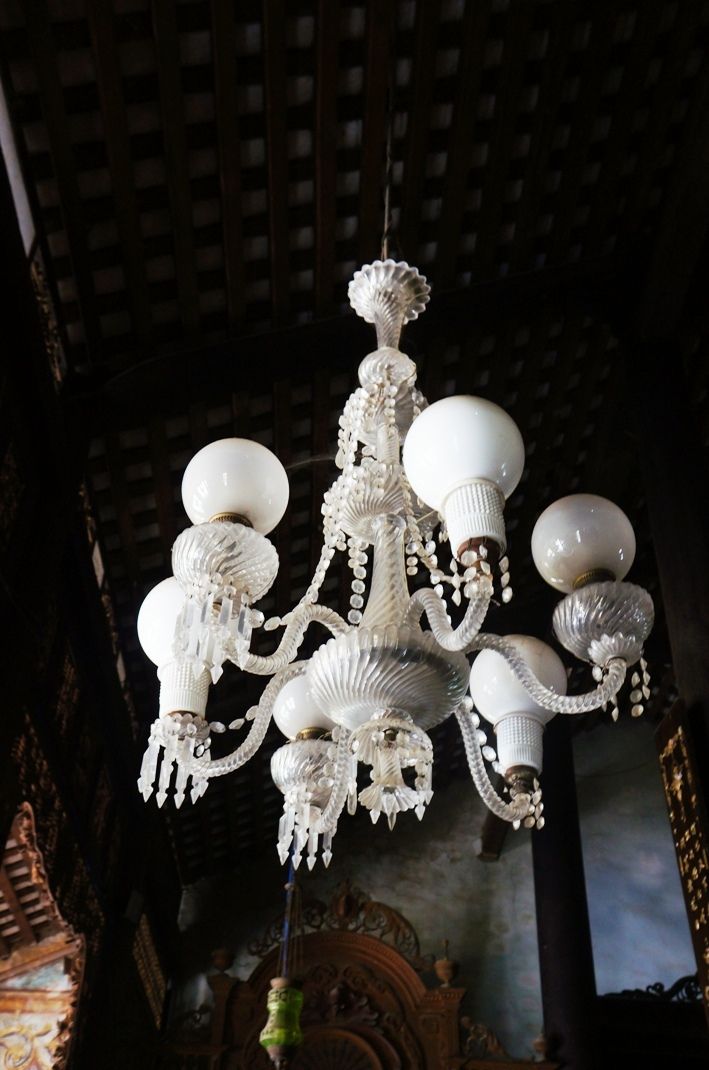 The white chandelier from the 18th century. Photo: vnexpress 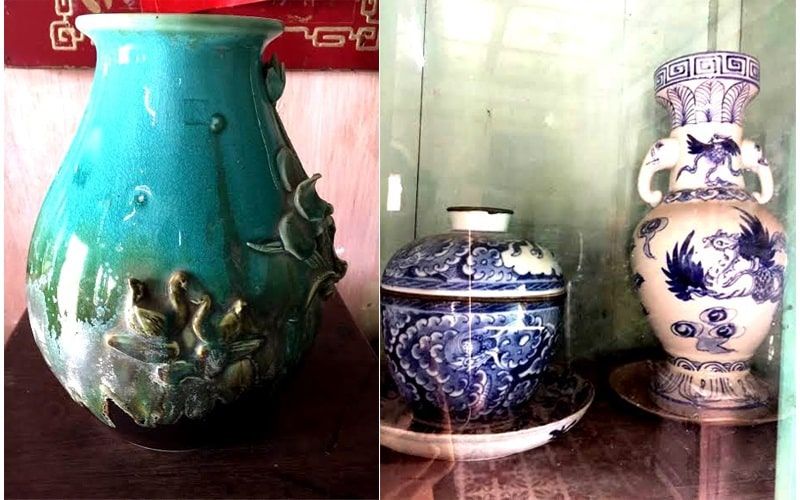 Some other antiques in the ancient house. Photo: dulichvietnam

If you have the opportunity to come to Can Tho, take the time to visit the ancient house of Binh Thuy. This place will help you better understand a part of Vietnam's history with a very impressive and unique Eastern-Western cultural entanglement.