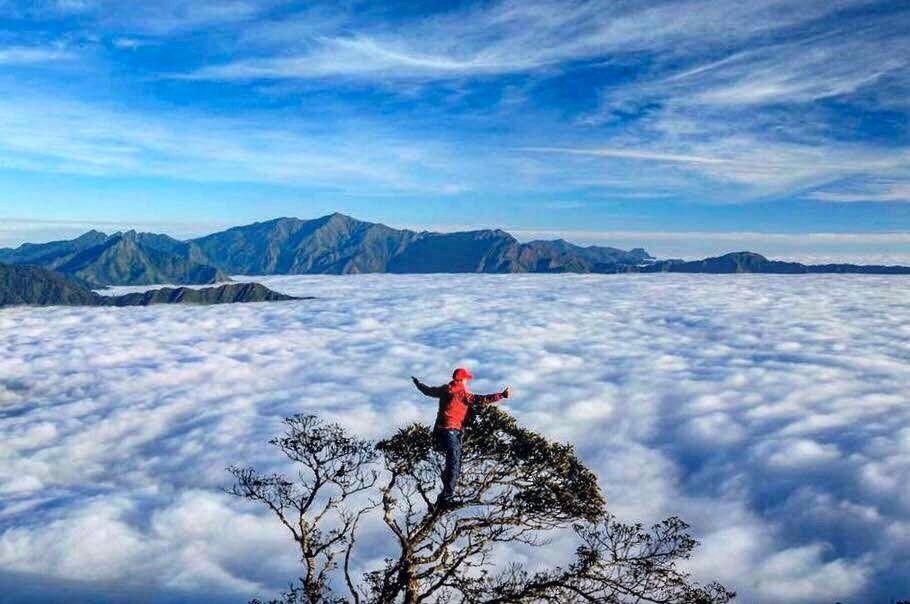 As one of the ten highest peaks in Vietnam, Ta Xua has become a destination that attracts many travel addicts who are passionate about exploring natural beauty. In particular, “hunting” clouds on the top of Ta Xua will leave you with memorable experiences as you can admire the majestic natural picture of hills and mountains in the “sea” of clouds.

Northwest Vietnam is famous for its high peaks, which are known as "specialties". That explains why when coming to Son La, everyone wants to successfully conquer Ta Xua peak, at least once, to admire the majestic natural picture and experience “hunting” clouds on this peak.

The location of Ta Xua peak

Ta Xua is a highland commune in Bac Yen district, Son La province. With a height of 2,865m at the border point between Yen Bai and Son La province, Ta Xua peak is one of the highest mountain peaks in Vietnam. The unique feature of Ta Xua lies in its high mountain ridge, from which you can admire a panoramic view of the mountains, forests and clouds. “Hunting” clouds on the top of Ta Xua becomes a “challenge” that attracts many tourists, especially those who love to adventure. 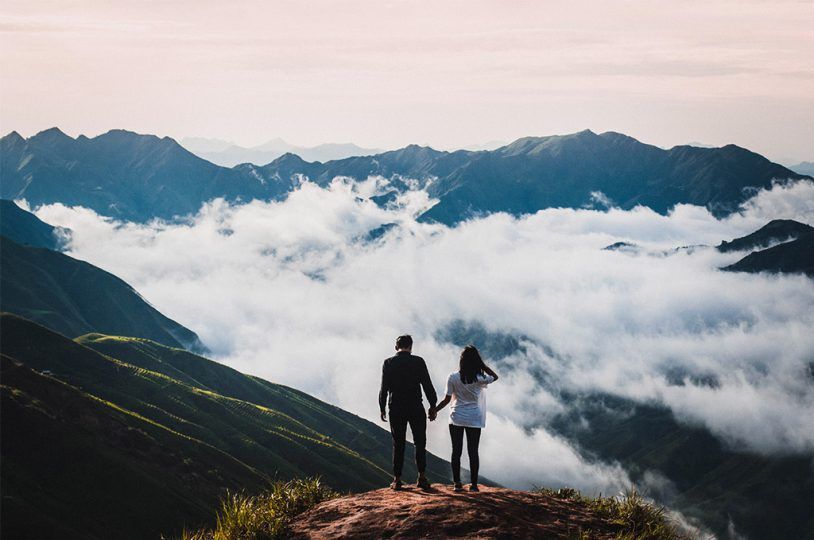 Ta Xua is famous for being a beautiful place to “hunt” for clouds. Photo: taybacvietnam.vn

Before being known by many people, Ta Xua was just a small poor commune with rough roads. By 2011, the government had opened ways to Ta Xua, so the number of tourists coming here was increasing day by day. 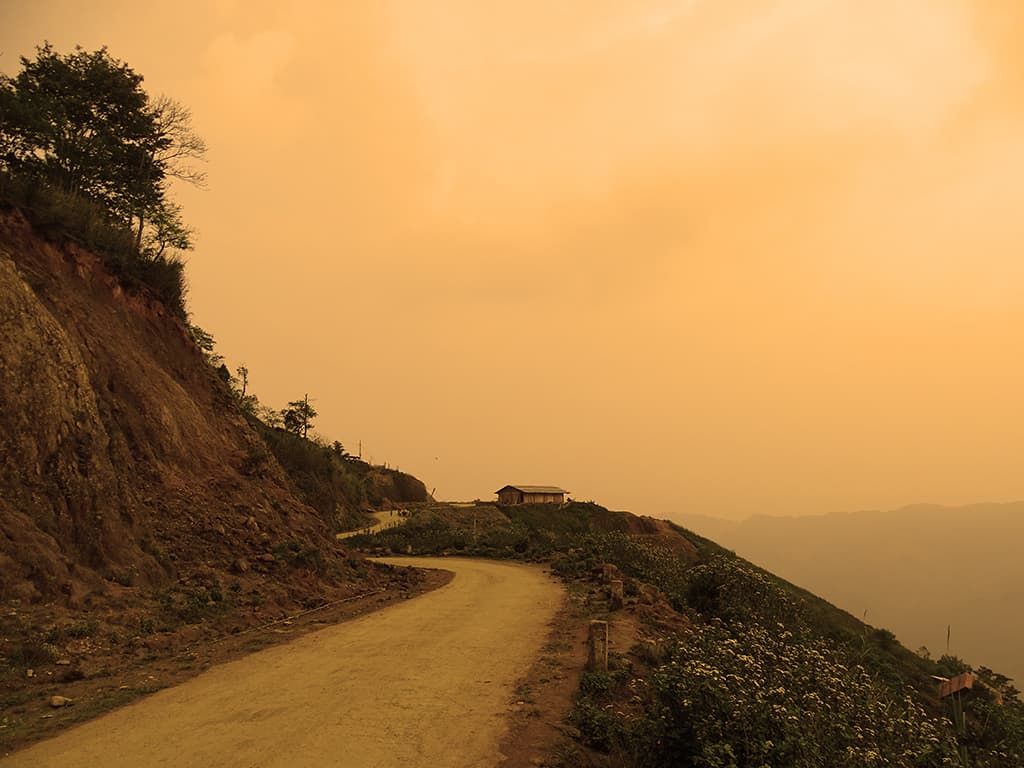 Once you have arrived at Ta Xua, you will want to admire the clouds in the most beautiful way, and here are some beautiful places for you to fulfill your intentions. The road from the center of Ta Xua commune to Hang Dong commune is surrounded by high mountains, so the wind is gentle and the clouds can last for a long time. This is the place where you can “hunt” the most beautiful clouds within the longest period of time. 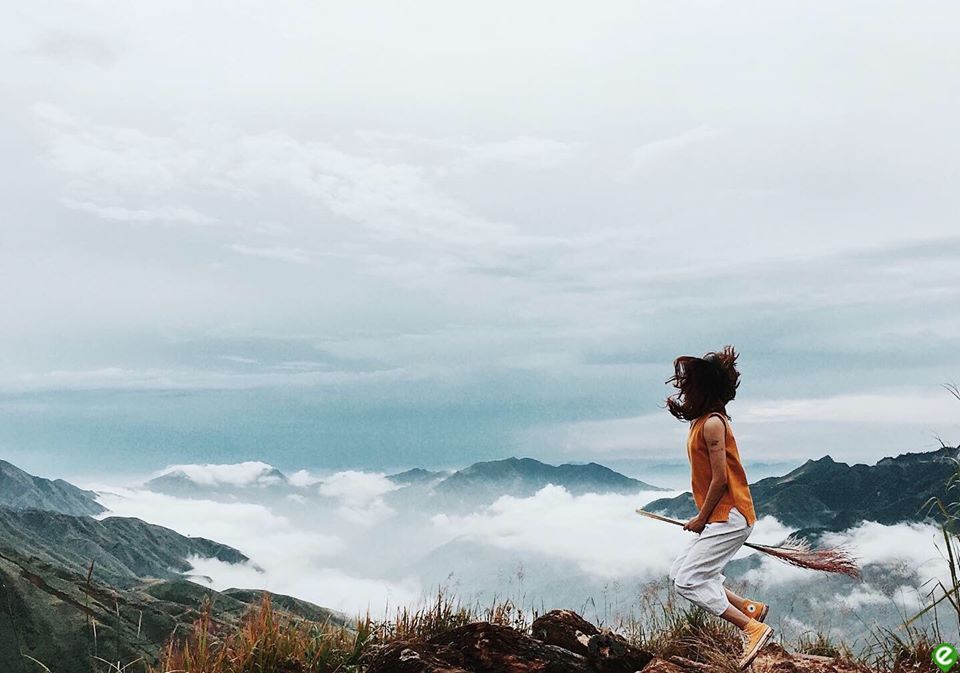 It is easy to admire the clouds on the road of Ta Xua - Hang Dong. Photo: Do Hanh Ngan

If you have a 2-day-and-1-night trip in Ta Xua, you can visit the Dinh Gio (Wind Peak) on the first day to admire the majestic mountains and sunset in the midst of the cold air, which gives you a feeling of being overwhelmed by nature. On the second day, you can start the journey to “hunt” clouds at Lac Da peak. It is advised that you ask the locals how to get to this peak, but you should be careful during the trip as you have to go through steep mountain roads and dangerous cliffside roads. When reaching the top, you will be impressed with the majestic natural picture of clouds all over the place interspersed with distant mountains. 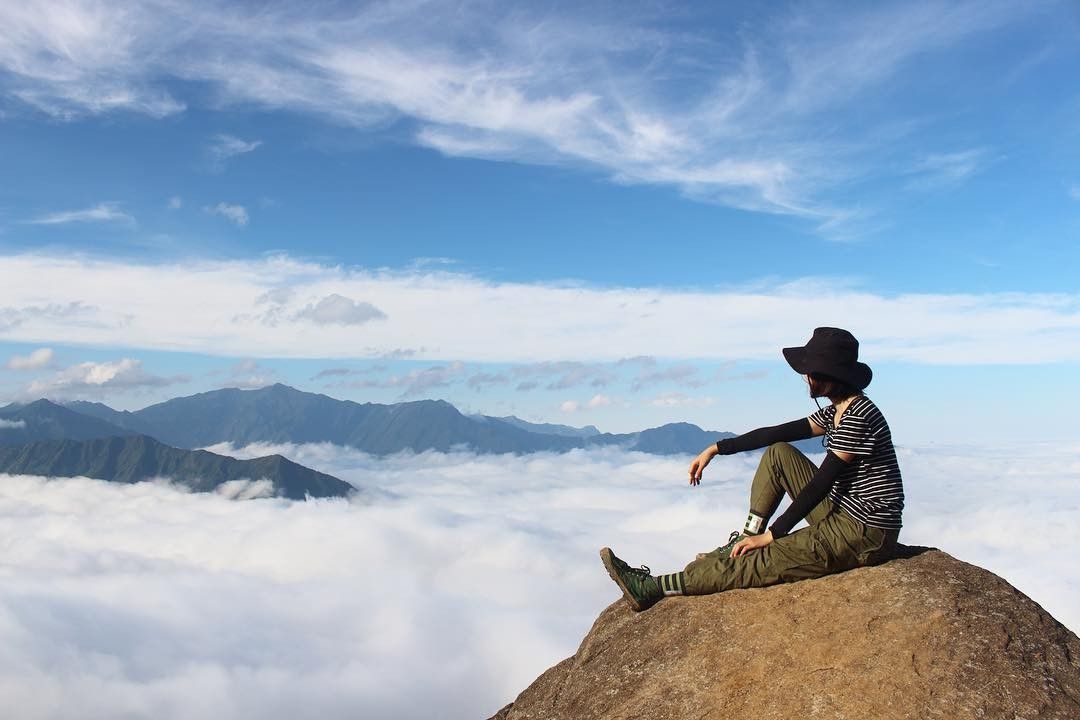 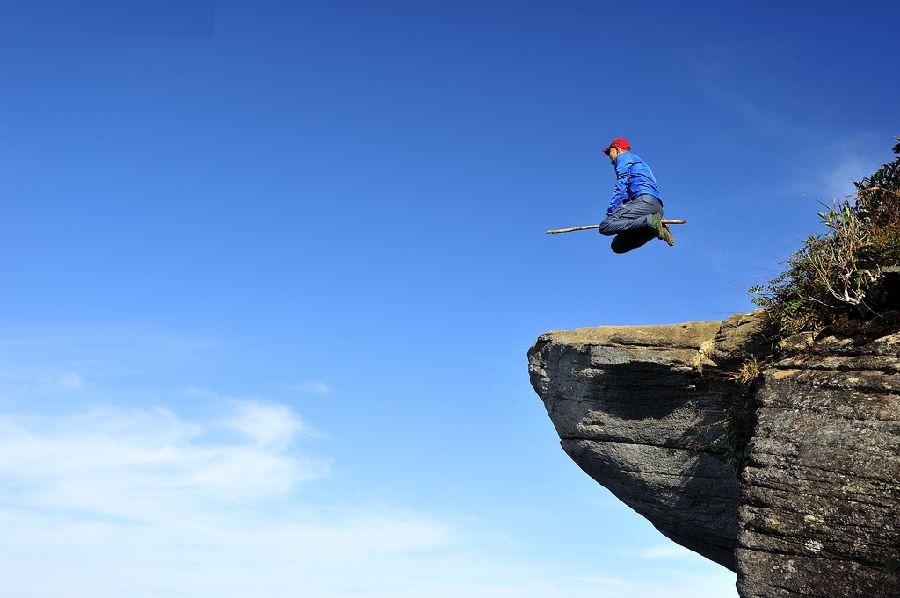 For hunting clouds on Ta Xua peak, it is impossible not to mention Ta Xua's Dinosaur Spine. The reason it is called “dinosaur spine'' is because it is a craggy trail on the top of the mountain shaped like the backbone of a dinosaur. Along the “spine of the dinosaur”, the scenery on all four sides is spacious, that's why visitors can have a panoramic view of nature. 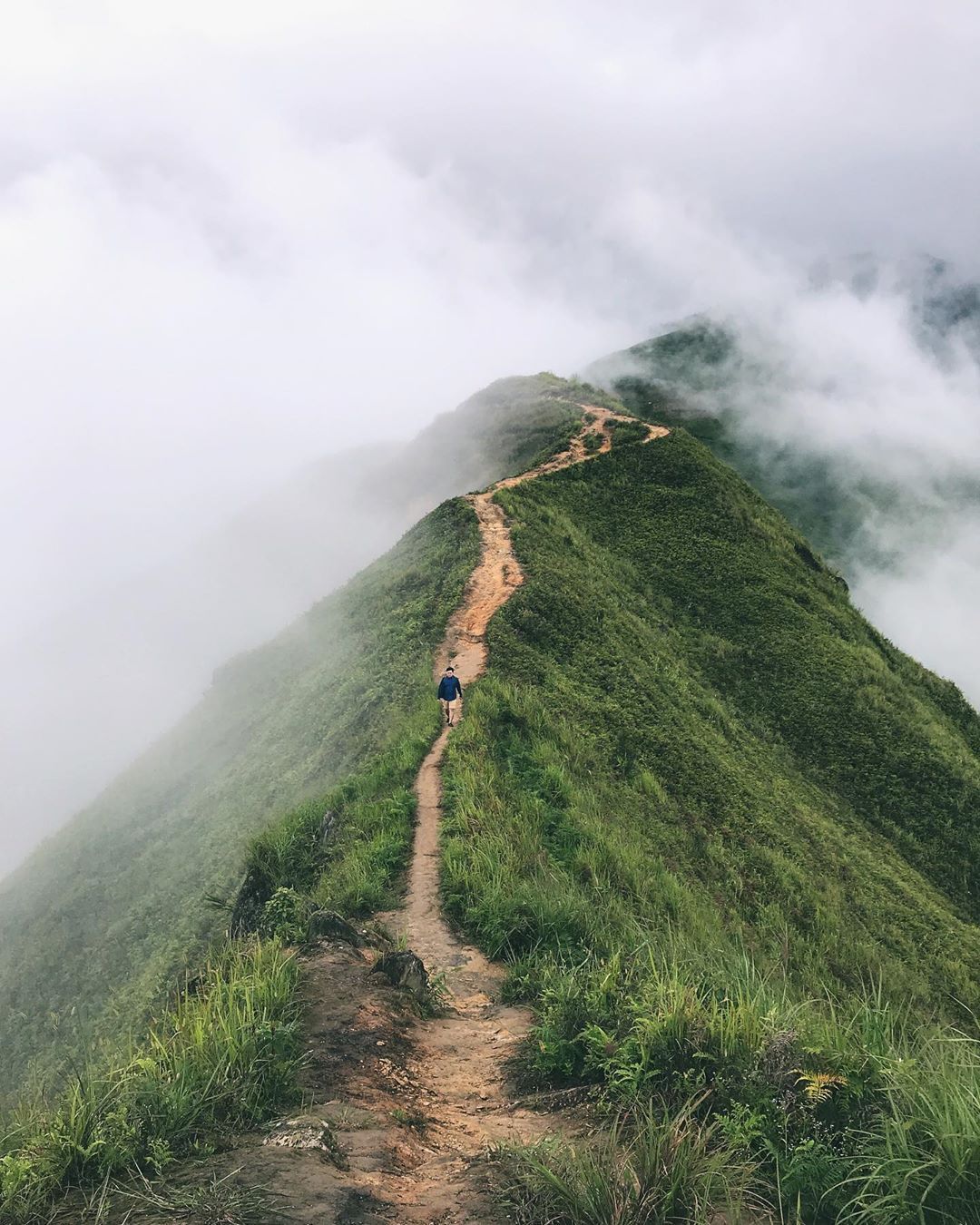 You can also camp with friends on Ta Xua peak to escape from the hectic life and immerse in the airy mountain scenery. Being “friends” with the mountains, watching the sunrise and enjoying the cold Northwest air will definitely be memorable moments when coming here.

What should you prepare when hunting clouds on Ta Xua peak?

The weather factors will determine whether you can “hunt” clouds or not. The ideal days to see clouds are when the temperature is low at night while being sunny with high temperature during the day. This is also the typical weather of the Northwest in winter when the sea of clouds is more beautiful and dense than that of summer. Therefore, you should pay attention to see the weather forecast before your trip to ensure favourable weather conditions. 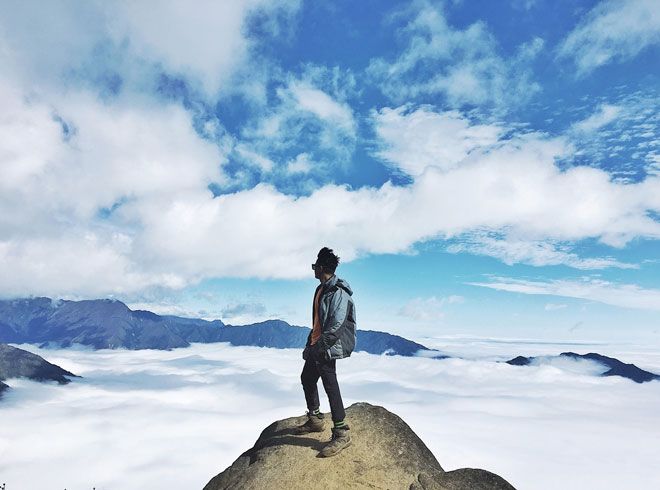 Winter is the ideal time to hunt clouds in Ta Xua. Photo: diemdendulich.net

Determine the direction of sunrise

Determining the direction of the sunrise and the terrain before climbing up the mountain and “hunting” clouds on Ta Xua peak will help you admire the perfect sea of clouds because a majestic picture of nature requires the resonance of light. It is important to note that, along the “dinosaur's spine”, there are many ideal places to admire clouds once you have determined the direction. 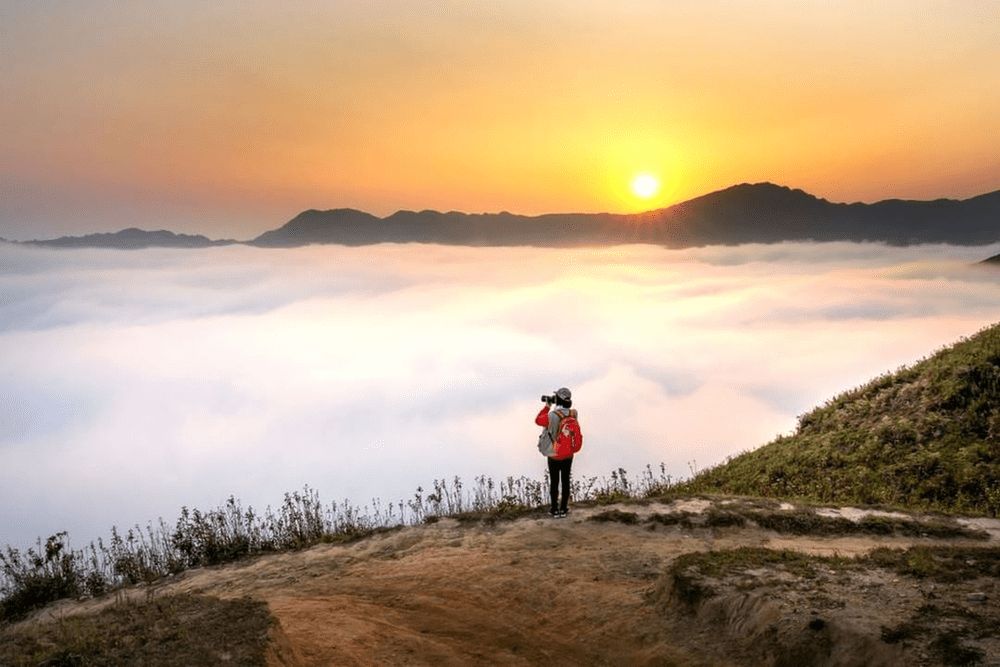 Determine the direction of the sun to admire the clouds. Photo: trainghiemtaybac.vn

Being well-prepared with personal items

If traveling by motorbike, you should bring your ID, vehicle papers and driving licence. On winter days, make sure to have enough warm clothes as the higher you go, the lower the temperature is. Additionally, do not forget to bring some necessary medicine with you, and of course, if you want to capture some beautiful moments, a camera is indispensable. 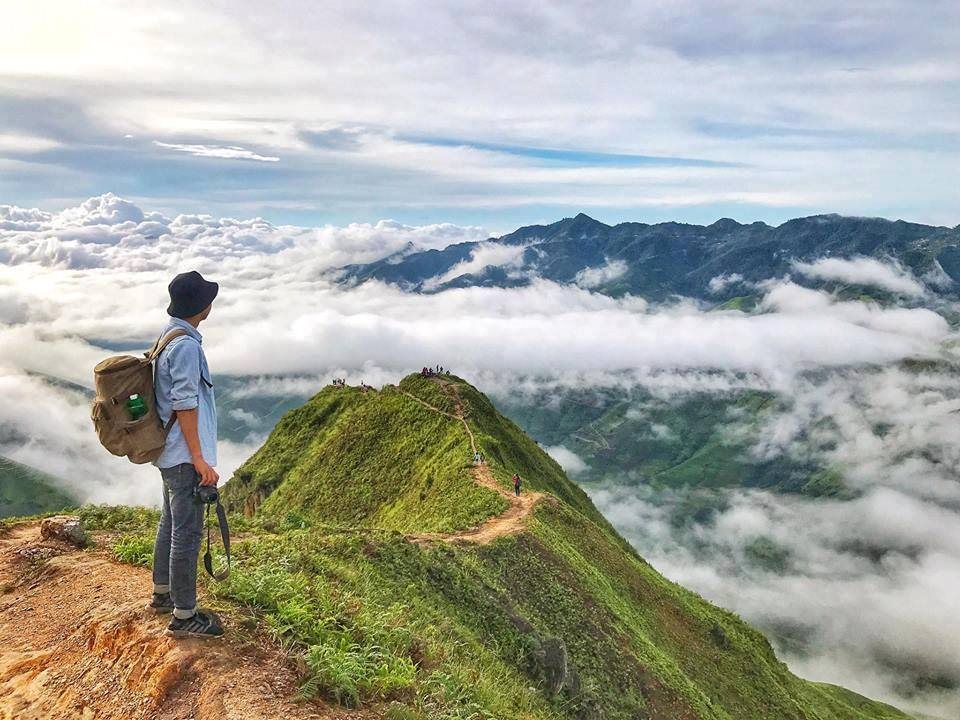 The ideal time to “hunt” clouds on Ta Xua peak 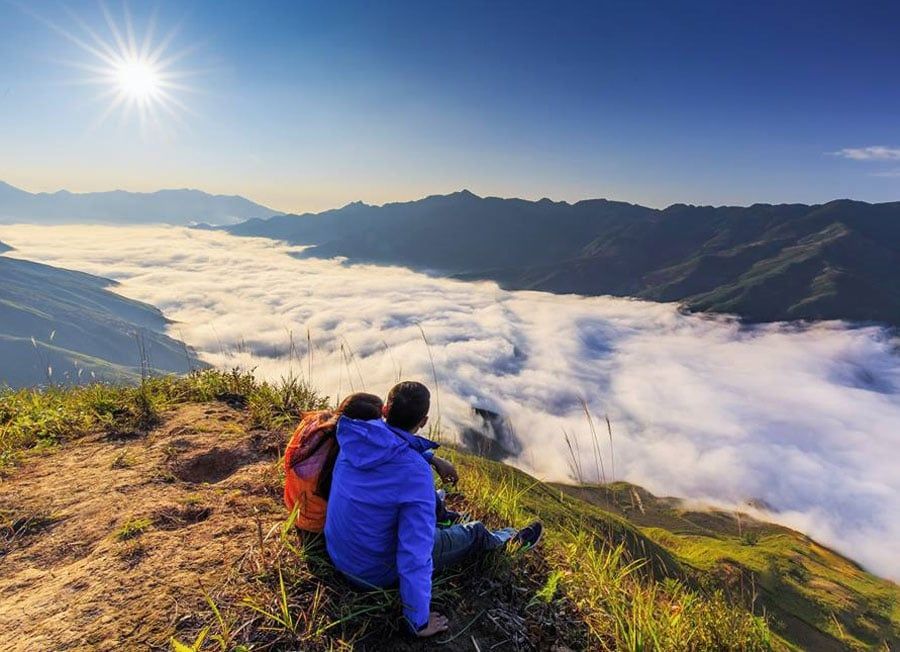 The best time to hunt clouds in Ta Xua is in winter. Photo: dulichxuyenviet.vn

In order to fulfill your intention of hunting clouds on Ta Xua peak, an appropriate time is the most important factor as you cannot see clouds whenever you want. The most appropriate time to “hunt” clouds on Ta Xua peak is from November to April when the Northwest climate has a favourable temperature with clear sky, so you can easily admire the clouds.

To hunt clouds on Ta Xua peak, you should come here early in the morning when the sea of clouds is the most dense during the whole day. Many tourists choose to go to the top of Ta Xua from the previous afternoon, then experience camping overnight, and see Ta Xua clouds early the next morning. 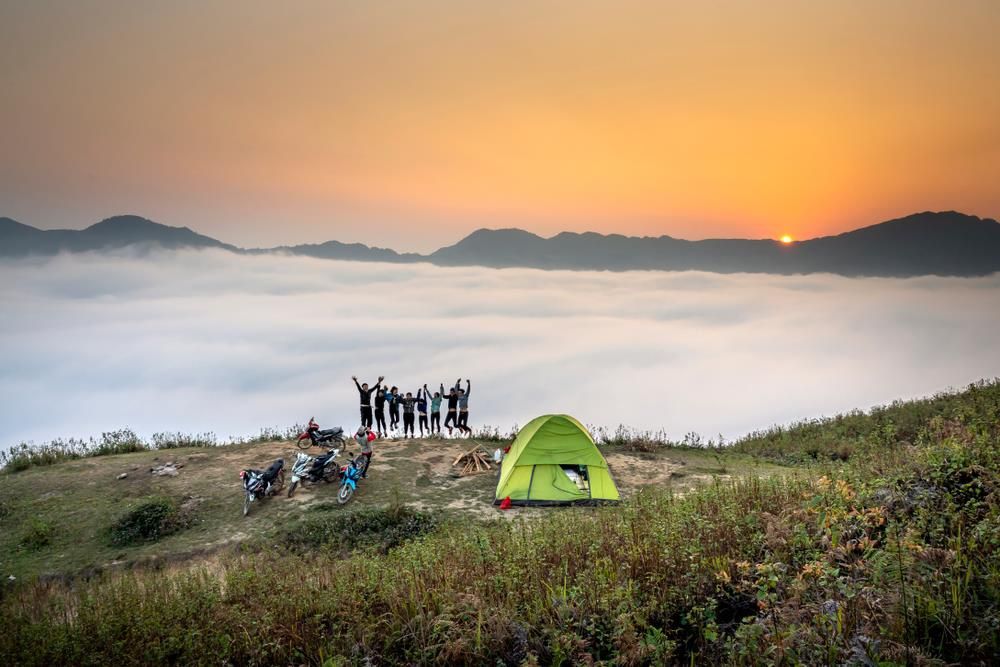 Camping on the top of Ta Xua and watching the clouds in the early morning. Photo: Vntrip.vn

How to get to Ta Xua 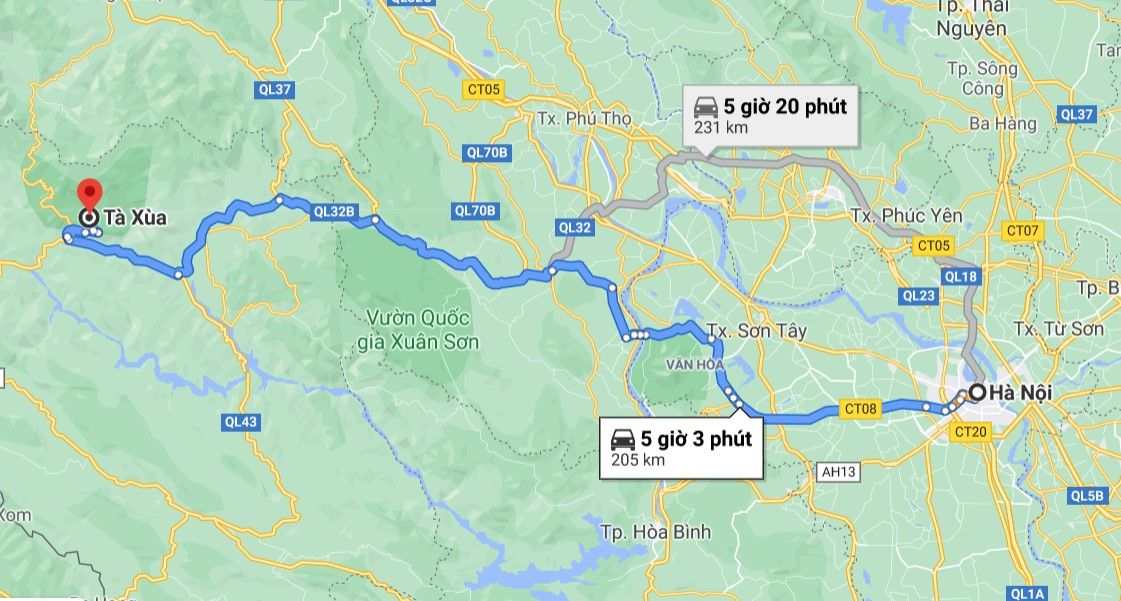 From Hanoi, there are many routes to Ta Xua, of which the shortest one is from the center of Hanoi - Highway 32 - Son Tay town - Trung Ha bridge - Thanh Son, Thu Cuc - Thu Cuc Intersection - Phu Yen - Bac Yen to Ta Xua with a distance of about 200km. To have the best experience on this journey, you should travel by motorbike to conveniently admire the beautiful scenery of the Northwest mountains, but due to the small and sandy roads, you need to have good driving skills to ensure your safety. 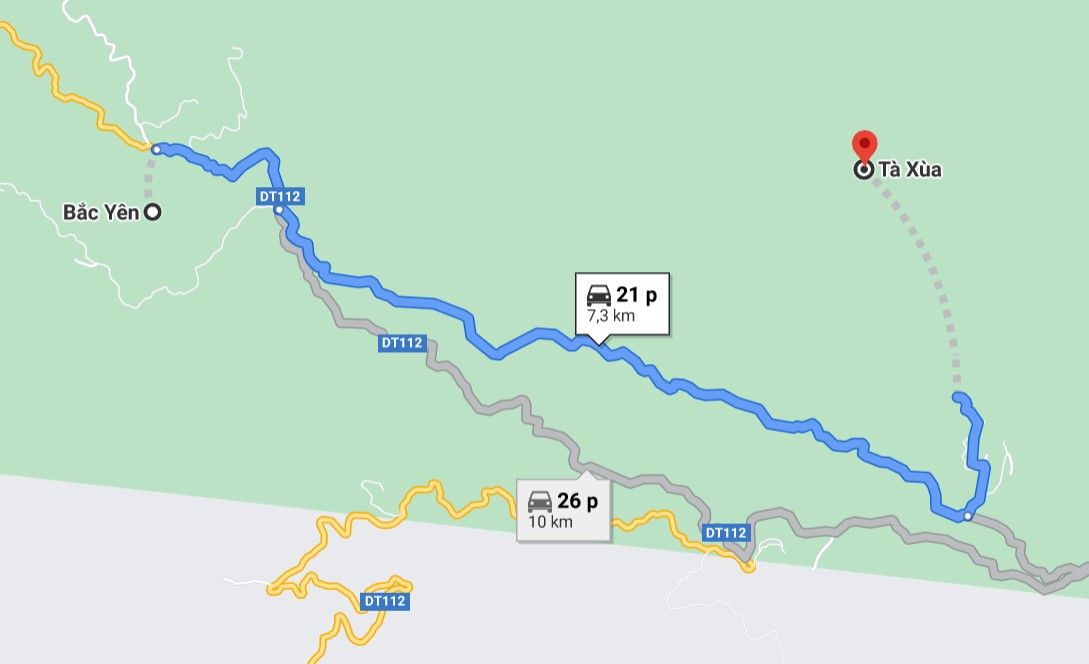 “Hunting” clouds on the top of Ta Xua requires not only passion but also a lot of luck. Therefore, you should be well-prepared before the trip and save the above information to be able to admire the fanciful sea of clouds on this mountain peak.