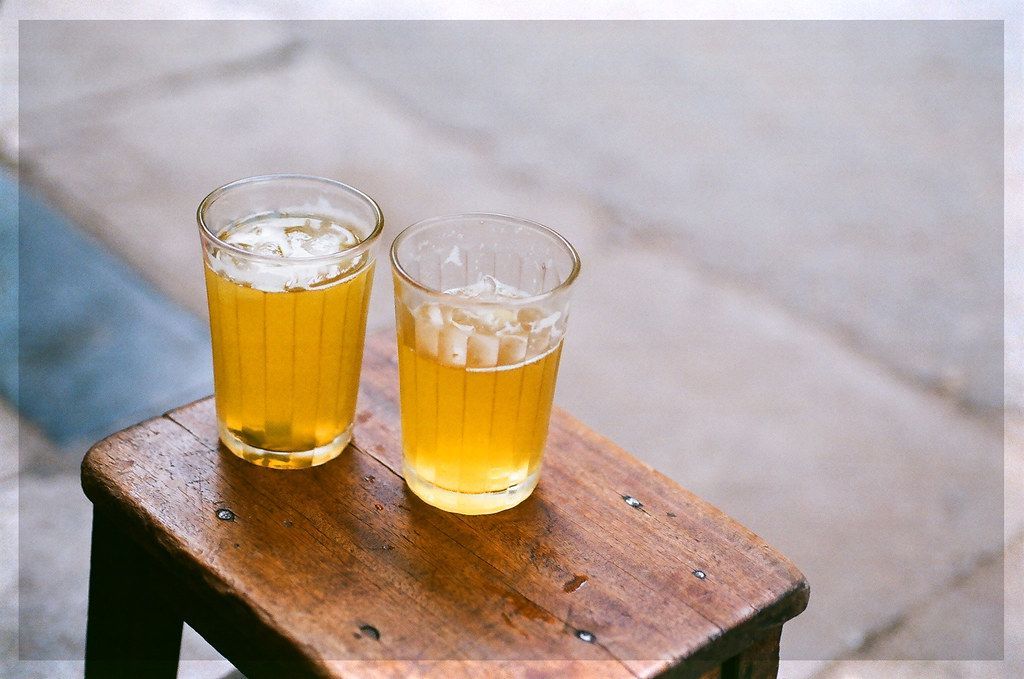 Sidewalk iced tea - a popular and long-standing culture of Hanoians

No one knows when sidewalk iced tea became one of the characteristics of Hanoi, but it has become a familiar image to the people of the capital, as well as international tourists. Many people joke that “for those who come to Hanoi without sitting on the sidewalk, drinking iced tea and watching the streets, their trips are not perfect.”

When did sidewalk iced tea appear?

Iced tea has been a popular drink in Vietnam for a long time - so long that people have no intention of learning about its history. In fact, it is difficult to determine exactly when and where the habit of drinking iced tea came from. Some people think that iced tea originated from the South of Vietnam (especially Saigon) as the climate here is hot and sunny all year round. Additionally, cooling devices such as refrigerators became quite popular there, so the locals thought of breaking ice into pieces to put in cups of tea to quench their thirst, from which the name "iced tea" was born. 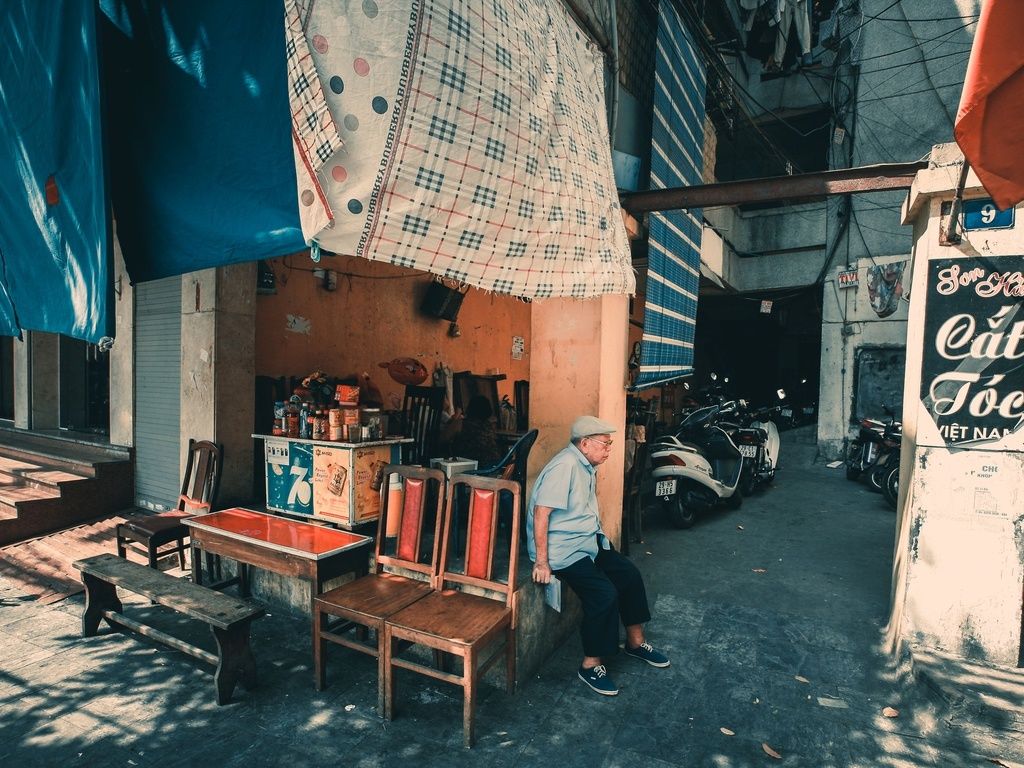 There is a very rustic Hanoi with a cup of iced tea. Photo: vietnamnet.vn

After the unification of the country, the habit of drinking iced tea began to spread to the North, especially Hanoi. Initially, there were many objections stating that iced tea would cause phlegm and affect your health badly, but due to many factors such as convenience, popularity, and being easy to make and refreshing, opposing opinions were quickly sunk into oblivion. 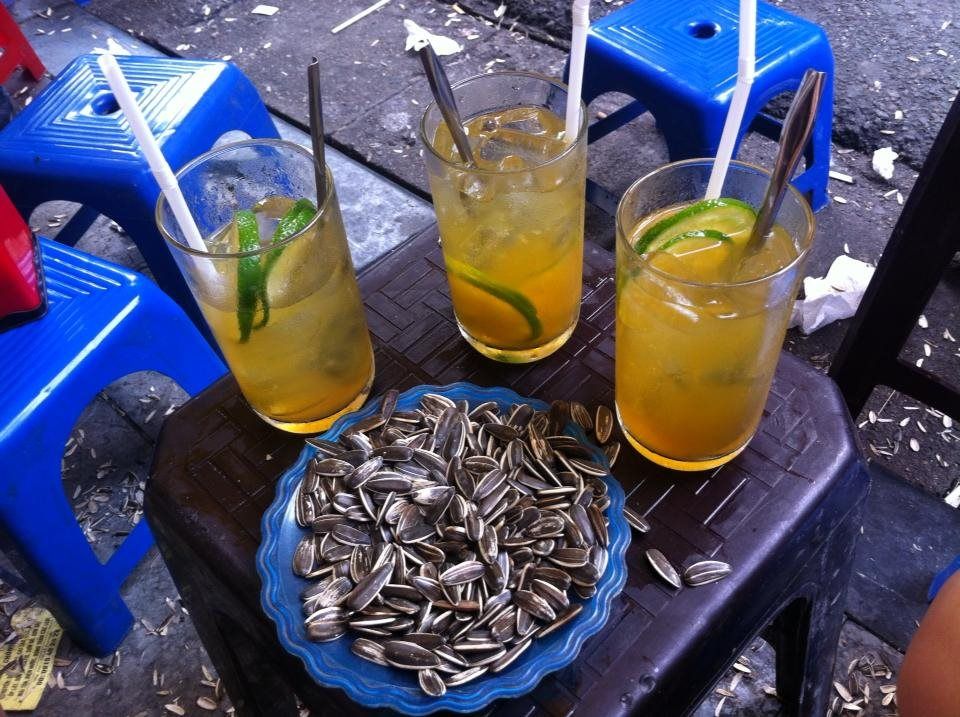 Iced tea is familiar to all classes and ages in Hanoi. Photo: suckhoehangngay.vn

In a short time, iced tea quickly became the most popular drink in Hanoi, then spread to most of the northern provinces. So far, you can find iced tea shops anywhere in this S-shaped country, especially in big cities. Nonetheless, “the sidewalk iced tea with poems” (from the song "The season without rain" by musician Truong Quy Hai) is still a typical image of Hanoi, which is a long-standing culture of the people of the capital that any visitor to this land should experience once. 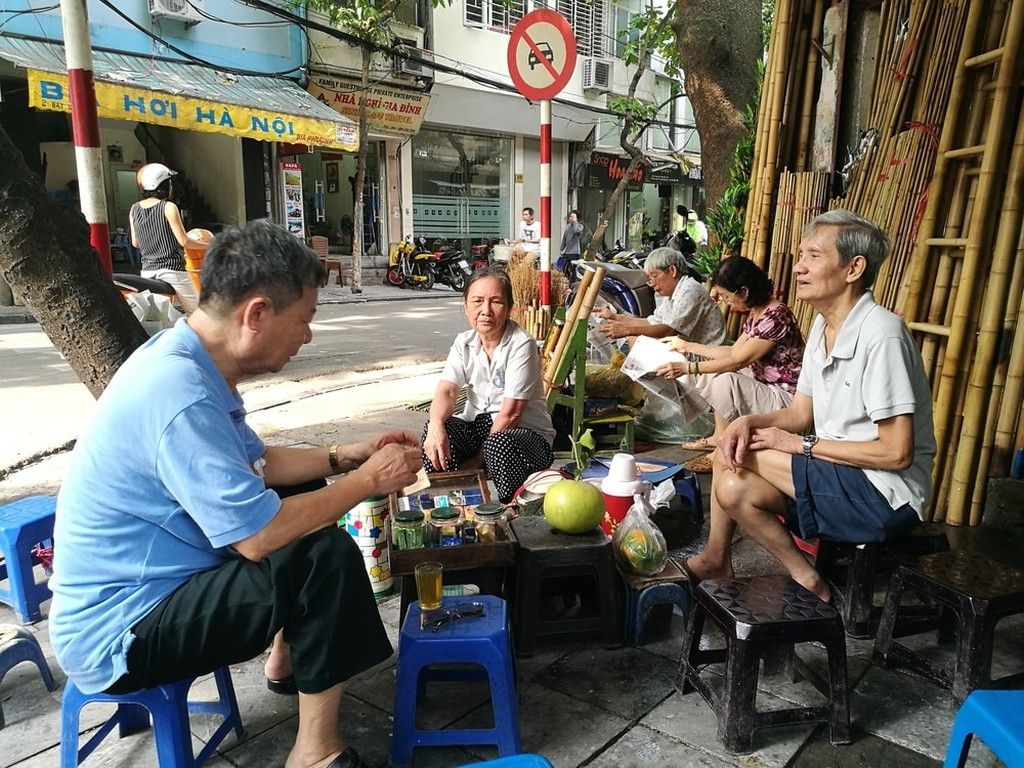 In Hanoi, just walk into the street and you can easily see the image of iced tea shops all over the streets - a small space just enough for some plastic chairs, a bench, a thermos, a pot of tea, a few plastic boxes of candies (such as candied roasted nuts or peanut and sesame candies), some bottles of soft drinks, a glass box of chewing gums, a few packs of cigarettes, and sometimes a bamboo pipe - such simple items can create a crowded iced tea shop. The shop can also offer additional drinks made from “Nhan tran” (Adenosma caeruleum) or “La Voi” (Syzygium nervosum), but of course, iced tea is still the main drink. 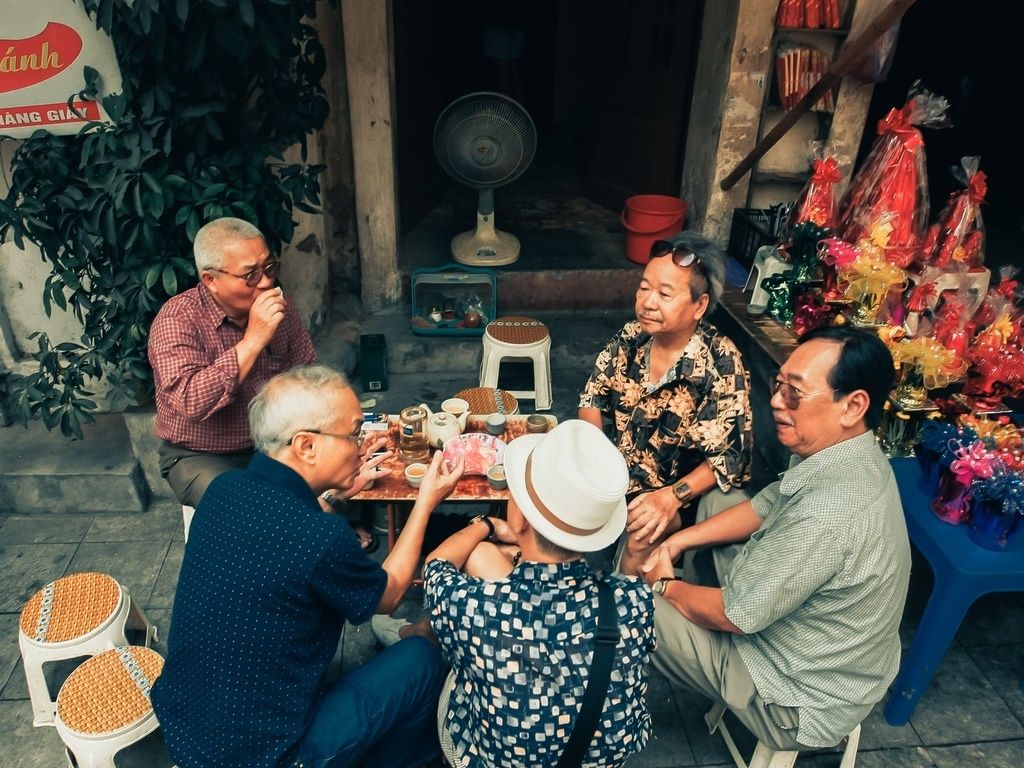 Iced tea all over the streets of the capital. Photo: metrip.vn

Customers of these sidewalk iced tea shops are of all ages, classes and professions: they could be the boys and girls waiting for each other after class; motorbike taxi drivers stopping by to have a cup of iced tea in the middle of a hot summer afternoon and then rushing back to make a living; or the old men playing chess and discussing the philosophy of life or stories of their daily life.

So what do people say to each other over a cup of iced tea that only costs VND 3,000? They can talk about a variety of things in their lives, such as economics, politics, sports, culture, and society. Vietnamese people have a preference for drinking iced tea and talking about the news, from which the term ''sidewalk reporter'' is derived. 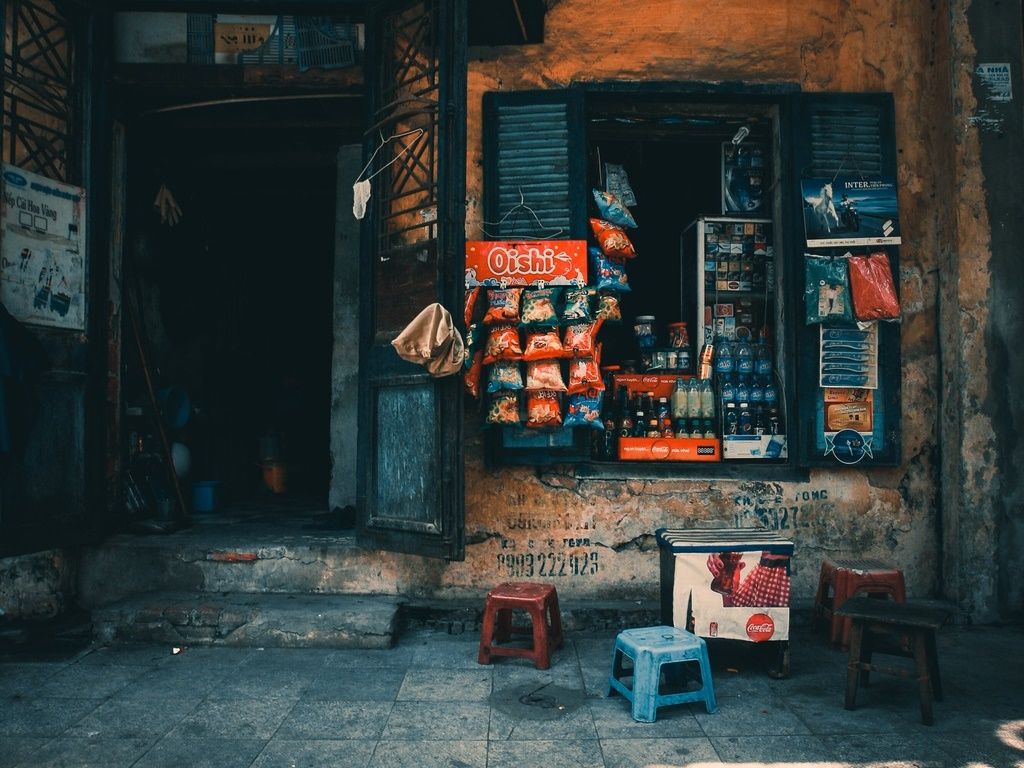 Iced tea on the sidewalk - a popular feature of Hanoians. Photo: zing.vn

Sitting at a shop and talking about the world is just one feature of sidewalk iced tea in Vietnam. Many people also consider iced tea as a habit that is hard to give up - having a sip of bitter tea, enjoying some candied roasted nuts, looking at the street and feeling the flow of time - a very leisurely hobby.

Iced tea is not a luxury drink and the shops do not even have modern facilities, air conditioner or wifi like other restaurants or cafes, but they are always crowded with customers. Perhaps the reason for this is that in these places, people can laugh and talk comfortably without fear of disturbing others - everyone is friendly and close to each other, regardless of their occupations, sexes or classes. 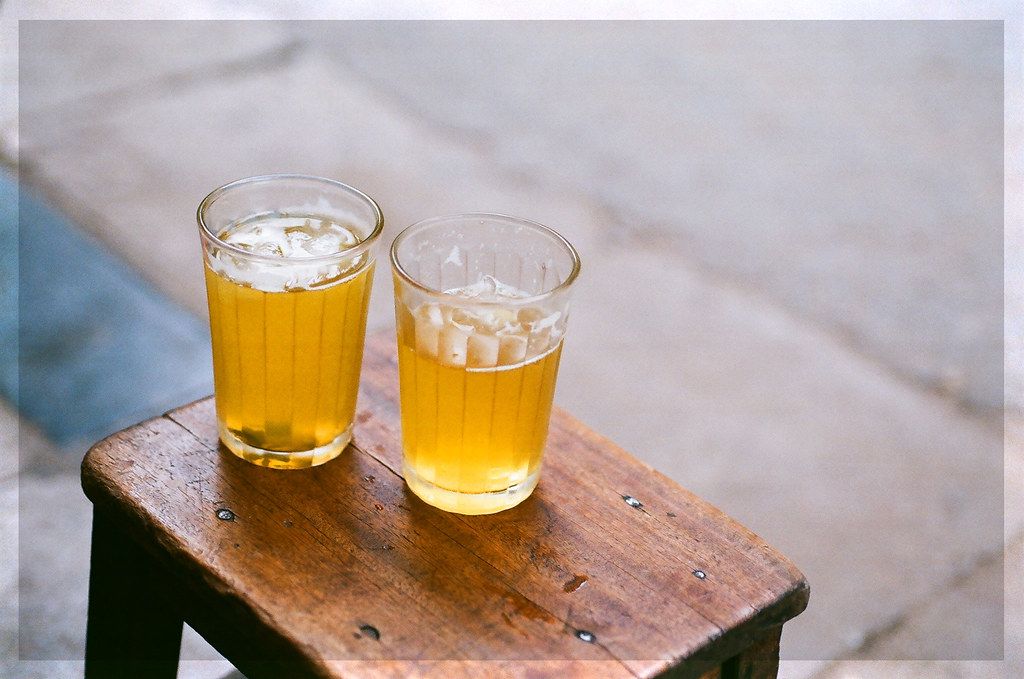 Sidewalk iced tea - the simple, popular but a proud culture of the thousand-year-old land of Hanoi. Photo: Linh.Ach