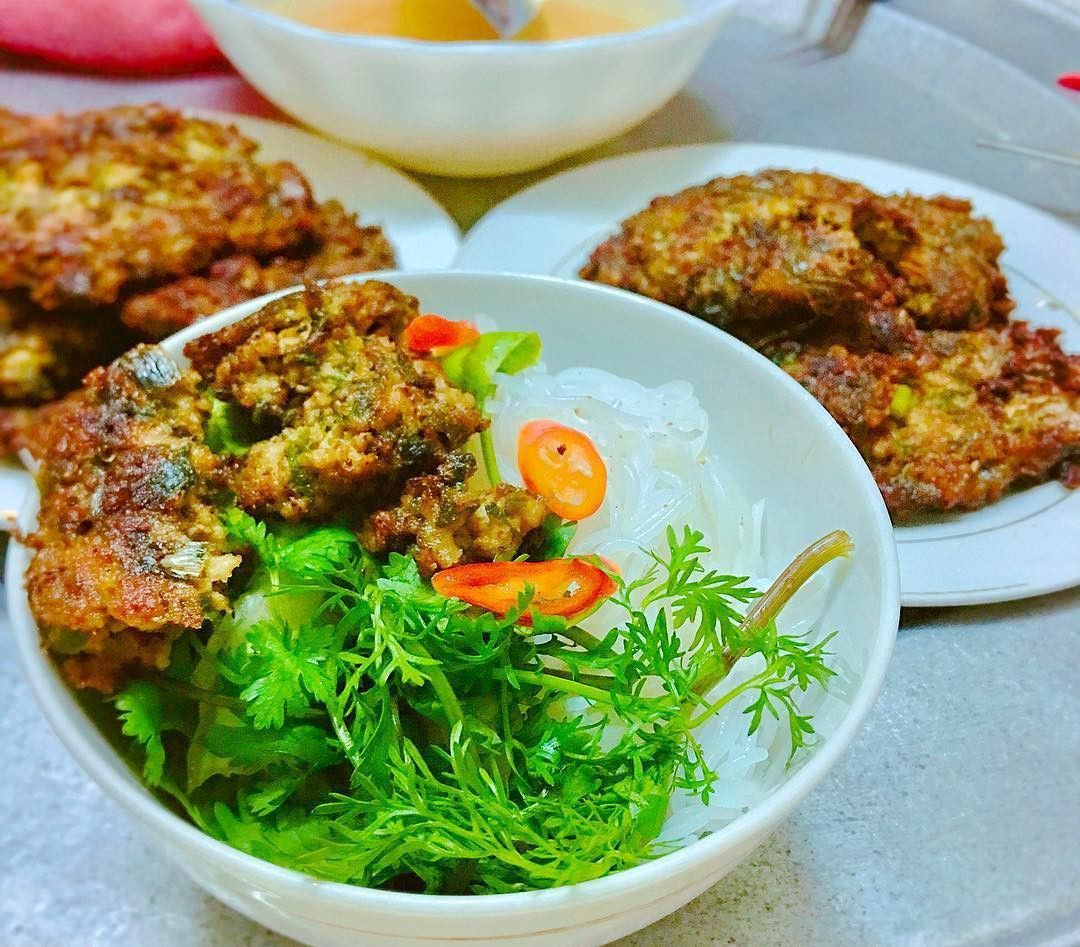 Quang Ninh not only has a charming nature, but is also famous for its unique cuisine. When coming here, you will be able to enjoy the unique dishes such as Cha Ruoi, Sa Sung and Sam Bien. 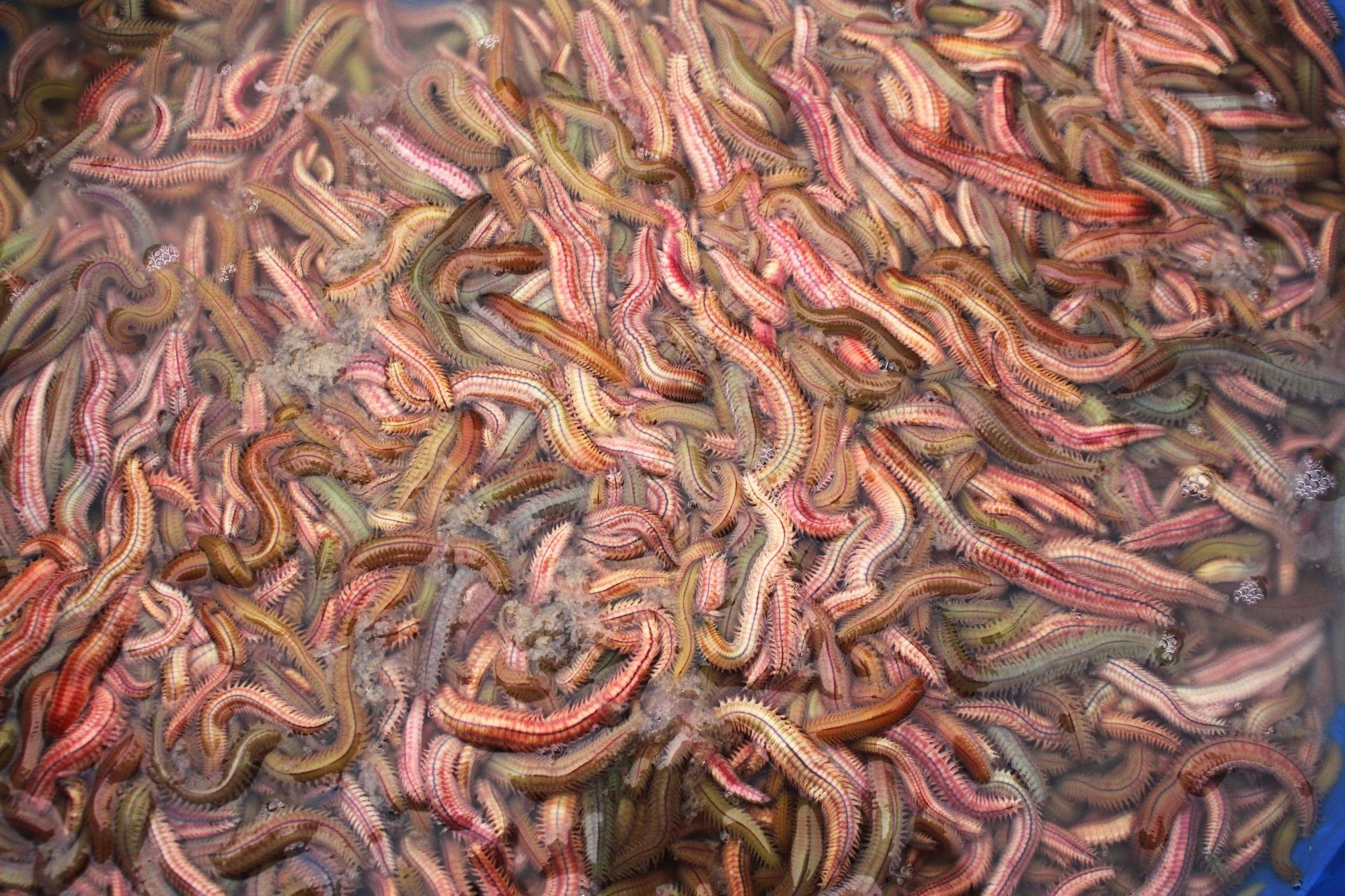 The clam worm (Nereididae) belongs to the family of Polychaetes, which is a specialty only available in some northern provinces of Vietnam. In Quang Ninh province, only in Dong Trieu town can you see this species. Photo: kenh14

Clam worms are animals in the family of Polychaetes, which is divided into 42 genera with about 500 species and usually live in brackish water or the junction between fresh and brackish water. In Quang Ninh province, it is only found in Dong Trieu town, distributed mainly in Dam Thuy river, Da Bac river, Cau Cau river and most in Cam river. The main season of clam worms is around October when they often float on the water surface, so the locals just need a net to catch them. 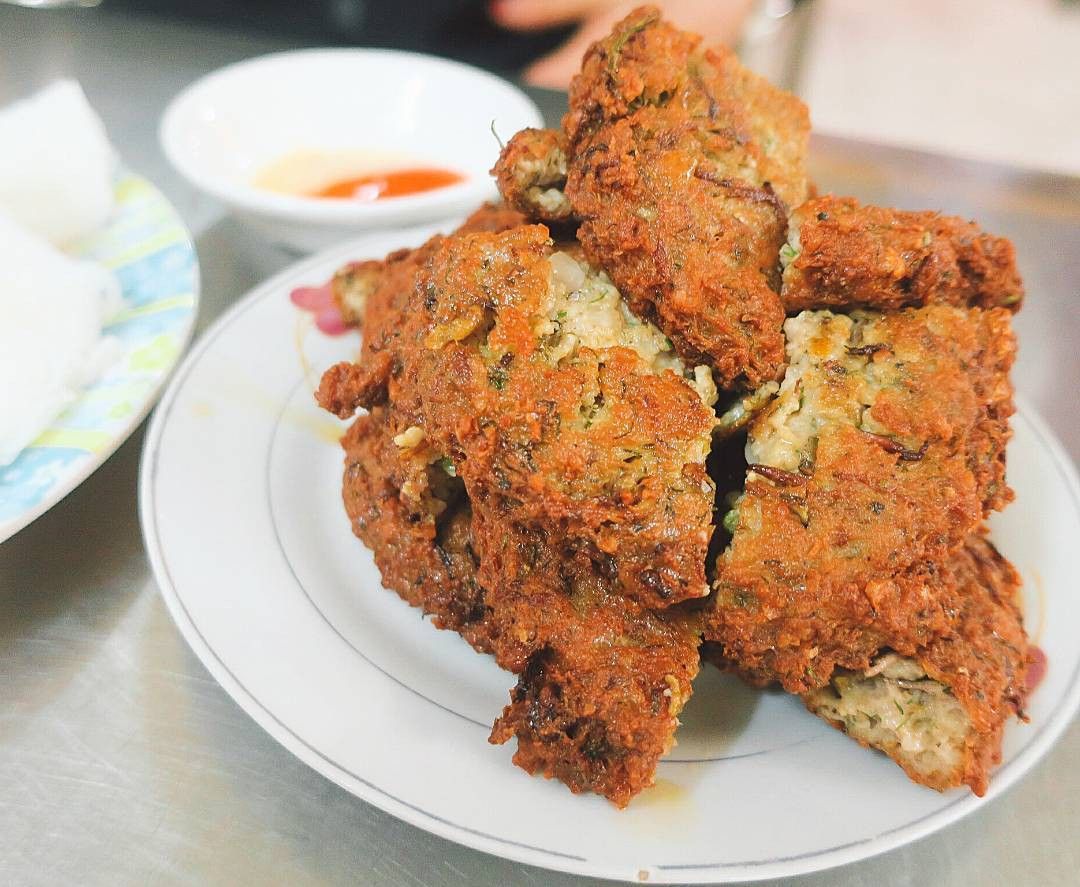 Clam worm is the main ingredient of many dishes, of which Cha Ruoi (grilled chopped clam worm) is considered the oldest dish in the Dong Trieu area. To make Cha Ruoi, people will choose the fresh clam worms with pink or pink brown colour. After being cleaned, clam worms are mixed with eggs, pork mince, spices and the indispensable tangerine peels, which is a good ingredient for digestion and can reduce the bad effects of clam worms on the body. Next, deep-fry the mixture in a pan until it is well-cooked.

Cha Ruoi of Dong Trieu has both a crispy yellow colour without being dry and has the attractive aroma of the tangerine peel. The dish is often served with noodles or is simply dipped in fish sauce to intensify the unique taste. 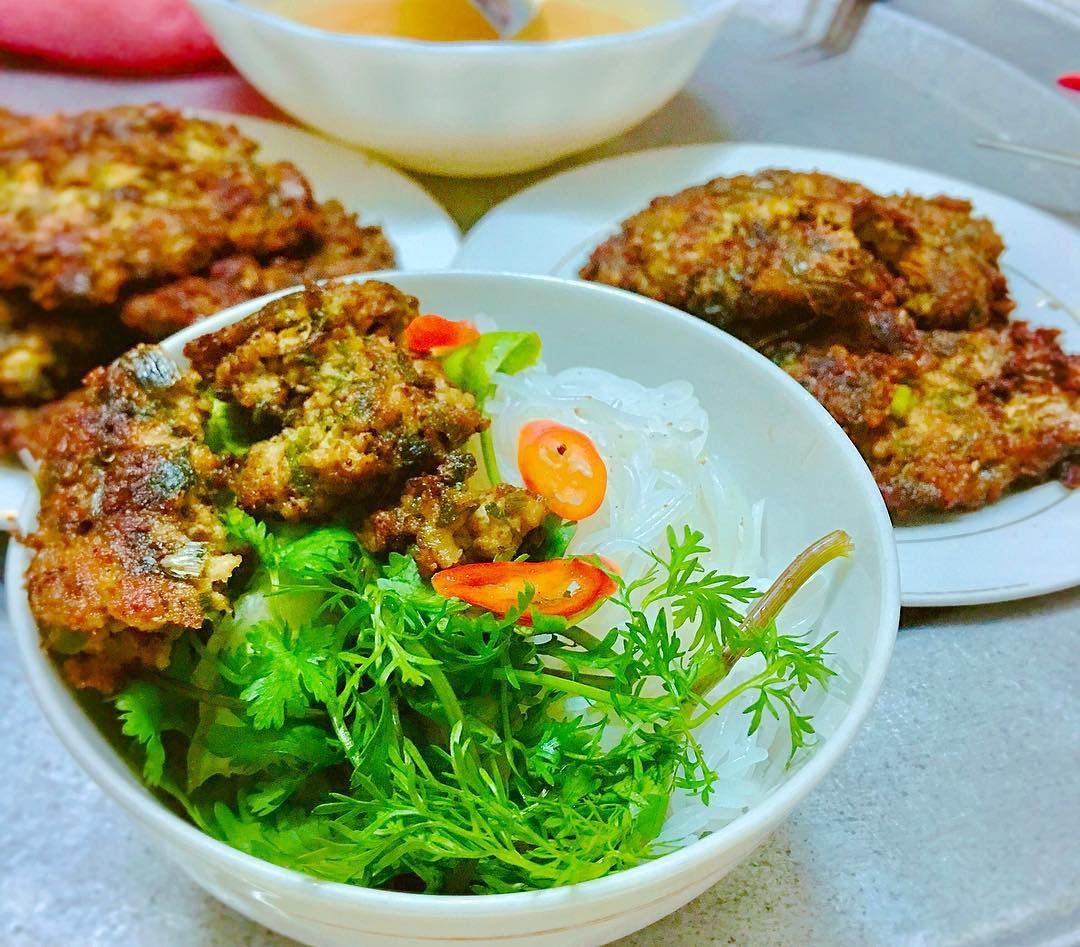 When coming to Quang Ninh province, you must try the specialty “Cha Muc” (grilled chopped squid) of Ha Long city. Squid is available in any coastal area, but perhaps only in Ha Long can you enjoy such a delicious dish made from this kind of seafood. 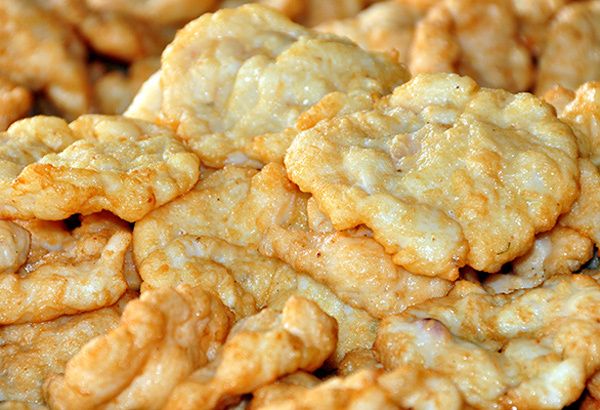 To make the delicious Cha Muc with the “authentic” flavour of Quang Ninh, the ingredients play an important role. For squids, it is necessary to choose the large and fresh ones that are caught from the sea of Ha Long. To make the dish, you need about 500 – 600g of squids, pork mince (about 100g), giant tiger prawn (150g), shallots/garlic (50g), spring onion, coriander (50g) and spices (broth mix, monosodium glutamate, fish sauce, cooking oil and pepper powder). Put all the ingredients into a mortar and pound them by hand - and this is the difference between Cha Muc Ha Long as compared to those in other regions - as pounding by hand can help the squid retain its crunchiness. Finally, roll the pounded mixture into small round flat pieces and deep-fry them until they are crispy and have a golden colour. 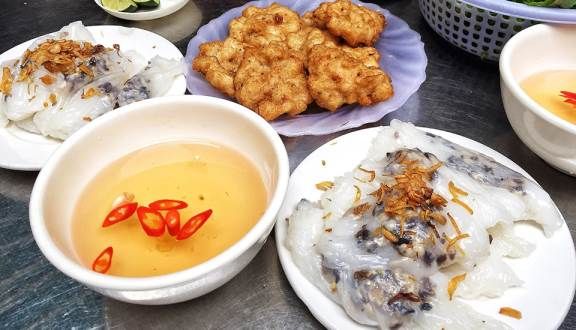 ​​The standard Cha Muc Ha Long will have the crispy texture of the squid with a characteristic sweet aroma, together with the greasy taste of the pork mince. The dish is often served with Banh Cuon (steamed rice pancake), sweet and sour fish sauce and some fresh herbs.

Horseshoe crab is also one of the dishes that should not be missed when you come to Quang Ninh. In fact, it is very difficult to catch this kind of crab, so this dish is favored by diners due to its unavailability. A special thing is that when catching horseshoe crabs, fishermen will only catch the ones that go in pairs - in other words, when two horseshoe crabs are stuck together. Otherwise, they will let it go as Vietnamese folk often have the proverb "as loyal as a couple of horseshoe crabs" to talk about loyalty. 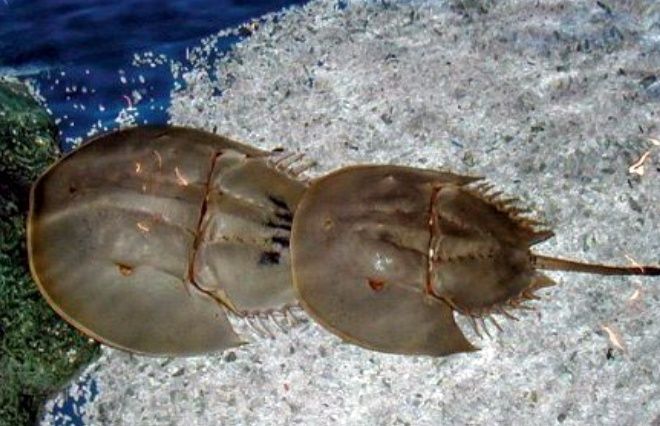 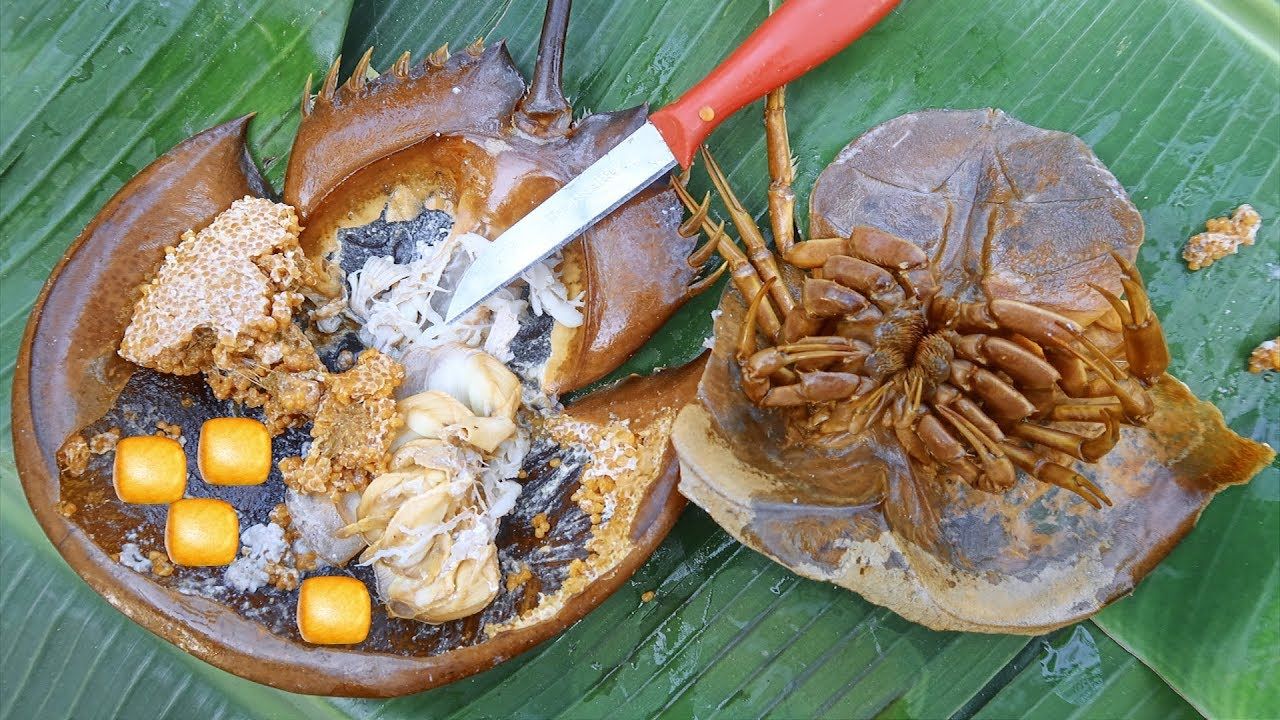 Sa Sung (Peanut worm) belongs to the family of Annelida that only lives on sandy beaches. They look like “giant” worms with a length of 5-10cm, but some are 15-30cm long with a weight of 1-3kg. This is a rare species that is only found in the region of Dong Hung (China) and a few places in Vietnam such as Van Don or Quan Lan (Quang Ninh province). Due to its rarity, it used to be a tribute to kings and mandarins. 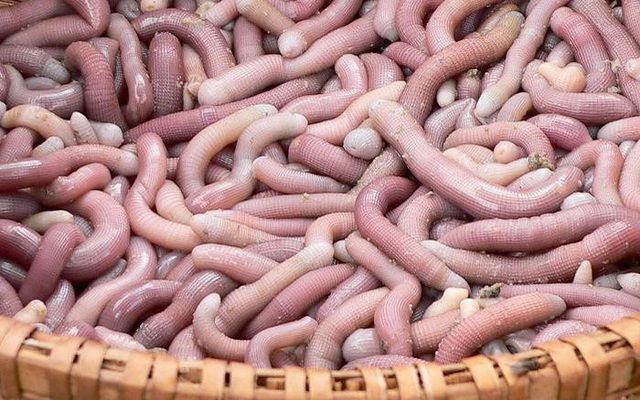 Peanut worms appear when the sea water recedes from March to July. During this period of time, the locals often dig up the sand to catch this kind of seafood and then sell fresh or dried worms. As it is difficult to preserve fresh peanut worms, they are often dried, however, making dried peanut worms is quite complicated with the processing time and drying up to two hours. Normally, from 10-11kg of fresh peanut worms, they will have only 1kg of dried product, so its price is very high, from VND two to four million/kg. Notably, people often use dried peanut worms to create a natural sweetness for the dish instead of monosodium glutamate or broth mix. In addition, peanut worms are also used as a valuable medicine to treat many diseases such as: swollen gums, cold sweats and frequent urination at night. 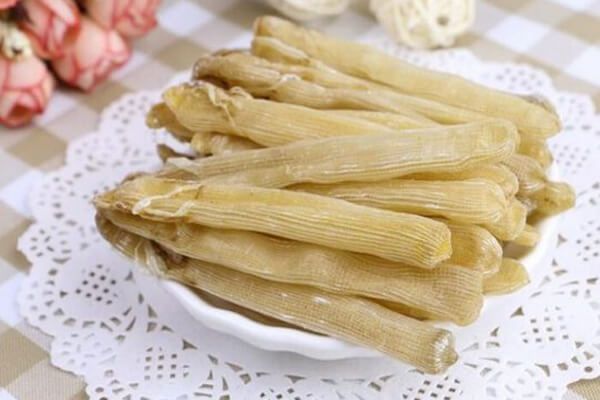 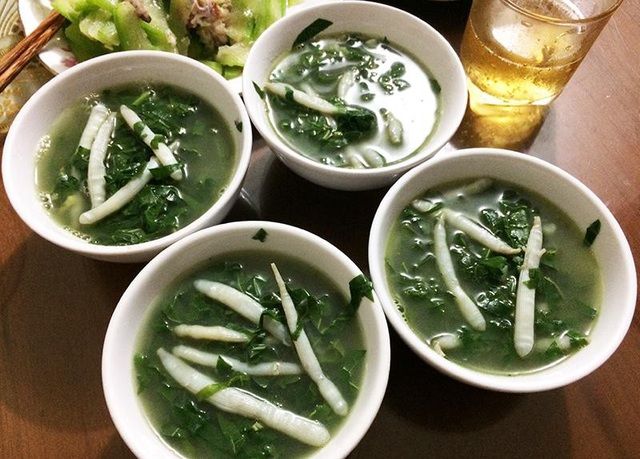 Dried peanut worms are used as a spice to create sweetness in cooking. Photo: dantri

Quang Ninh cuisine is not too diverse but still has unique features that can impress you. When coming to this charming province, do not forget to enjoy the above-mentioned dishes to better understand the characteristics of “the cuisine of the sea”.