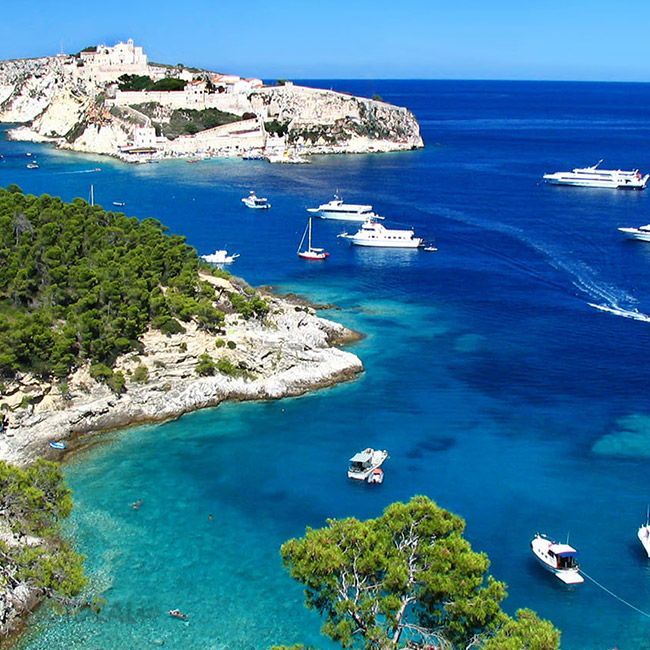 Con Dao is famous for its beautiful beaches with white sand stretching like a giant pearl. When visiting this place, not only can you enjoy the intact natural beauty, but you will also have the opportunity to discover its interesting legends.

The location of Con Dao 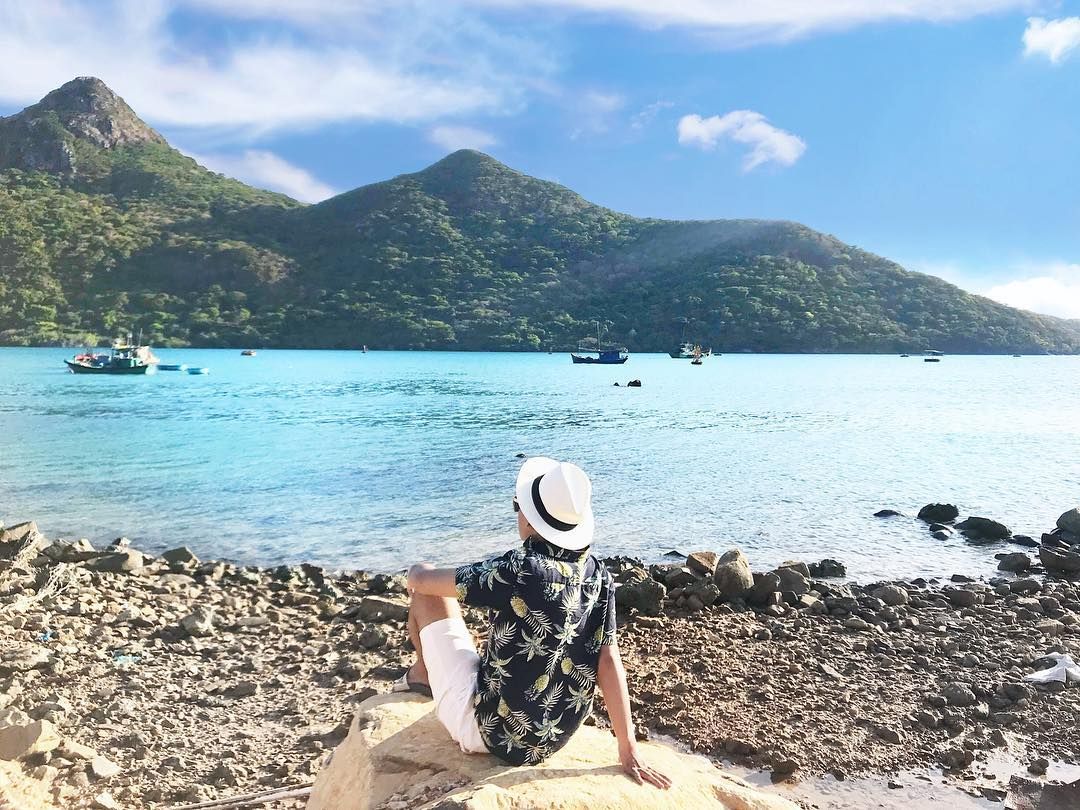 Con Dao is an archipelago of 16 large and small islands with a total area of 76 km2 in Ba Ria - Vung Tau province. This place is located 97 and 45 nautical miles from Vung Tau and Hau River respectively. Vietnamese history books before the 20th century stated that Con Dao at that time was called Con Son, Con Lon or Con Non. Meanwhile, its old name in English and French texts is Poulo Condor. 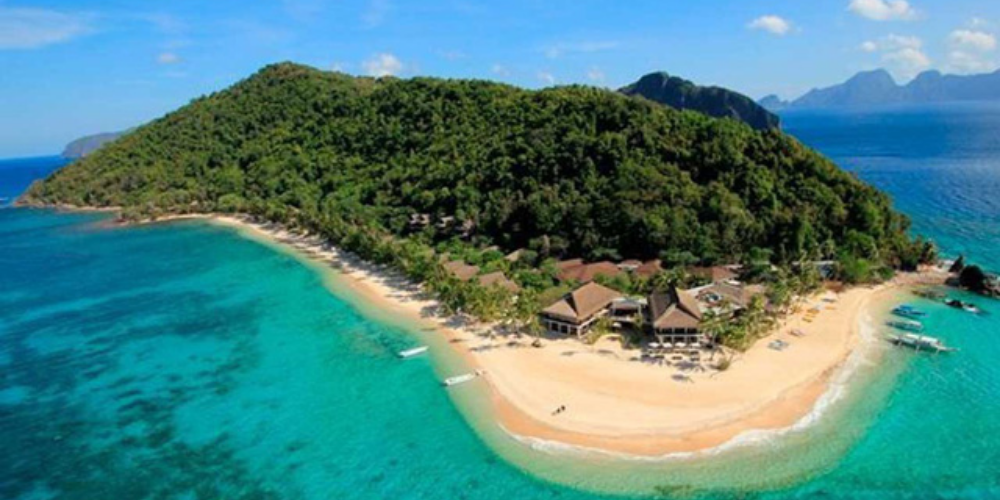 Archaeological results of the researchers suggest that Con Dao had the presence of humans from prehistoric times. This was proved by artifacts and tools that were identified in the middle of the early Metal Age and closely related to the pottery relics of the early Sa Huynh period in the South Central and Southeast regions of Vietnam. Despite being located quite far from the mainland, its convenient location on the maritime route connecting Europe - Asia made Con Dao soon become known to Westerners. According to the French scholar Gabriel Ferrand, Con Dao was formerly known as “Sundur-fũlát” (or Cundur-fũlát), which means “pumpkin islands” (les iles de la courge) in Malay. In 1294, an Italian merchant washed up on the island and noted that the island was called Poulo Condor at that time.

In 1702, i.e. the 12th year of Lord Nguyen Phuc Chu's reign, the director of the British East India Company personally commanded troops to land on Con Dao to build fortresses and flagpoles. Three years later, due to an uprising, the British army had to leave Con Dao.

It was said that Nguyen Anh had to flee to Con Dao island when he was chased by the Tay Son army. That is why today on the island there is still a mountain called “Lord Mountain” (Nui Chua). In the reign of King Gia Long, Con Dao was under the jurisdiction of Can Gio, Phien An, Gia Dinh (Gia Dinh Citadel).

In 1977, the National Assembly of the Socialist Republic of Vietnam decided on its official name “Con Dao”. In 1991, Con Dao was a district-level administrative unit in Ba Ria - Vung Tau province.

When you come to Con Dao, swimming is a must. The beaches here are very pristine while the space is cool and fresh, which is very attractive to tourists. There is nothing better than being immersed in the bright sunshine, blue sea, and fine white sand. Some beautiful beaches that you can visit are Con Dao, Dam Trau or Lo Voi. 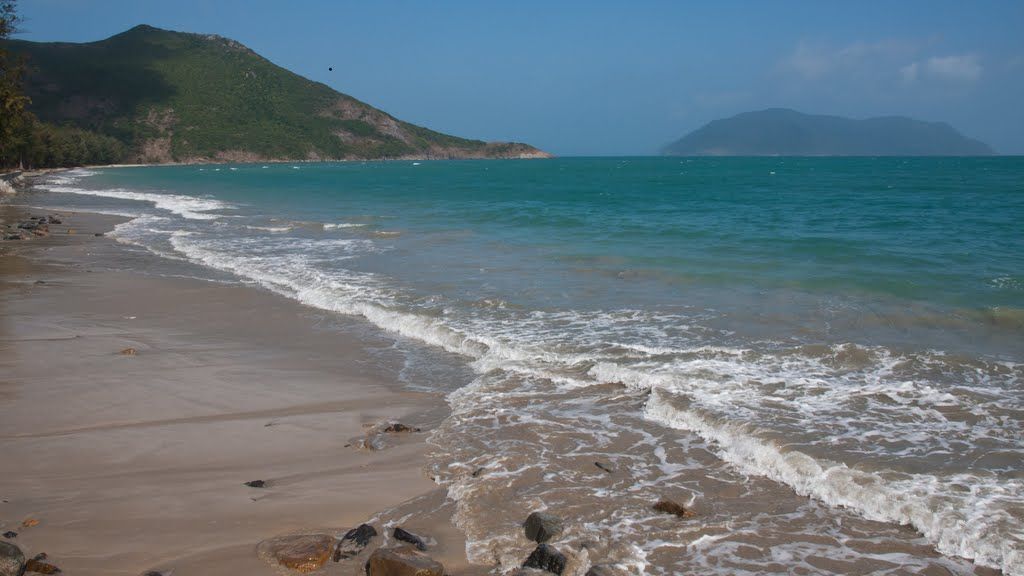 Dam Trau is the most famous beach with a legend of love. Legend has it that, once upon a time, in Co Ong village (the area of ​​Con Dao airport today), there was a smart and talented man called “Cau” and a beautiful and charming girl “Trau”. They fell in love with each other, but their families forbade this love as they were half-brothers without knowing it before. Feeling so miserable, Mr. Cau left and died on an island, where there were rows of areca trees, and today, that place is called “Hon Cau”. Ms. Trau was in so much pain that she committed suicide by throwing herself into the water, hence that place was then called “Dam Trau” Beach. 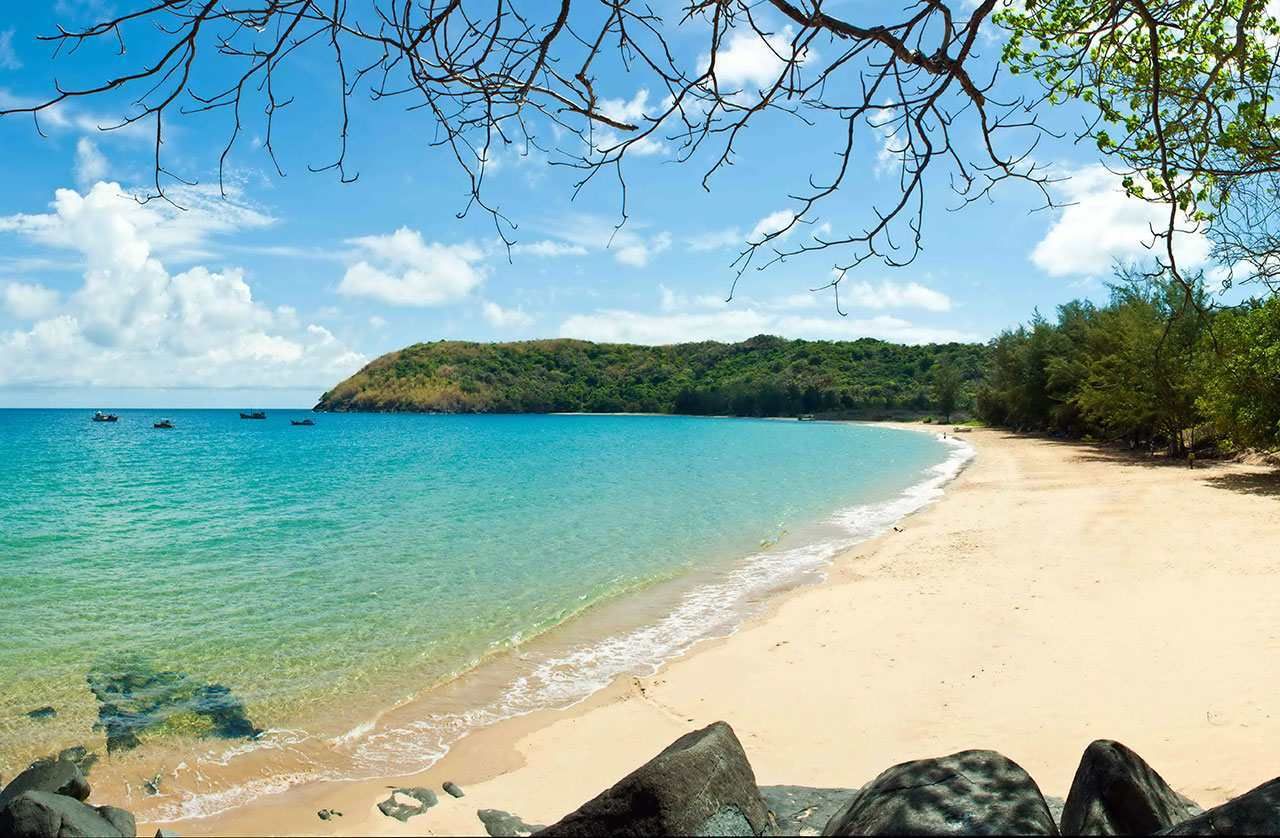 Dam Trau Beach stands out with its long fine white sand and clear blue water. Surrounding the beach is an ancient forest, where the green colour of the trees, the sky, and the sea seem to blend to make the space more immense and attractive. At Dam Trau Beach, there is no accommodation service, so you can only visit during the day. 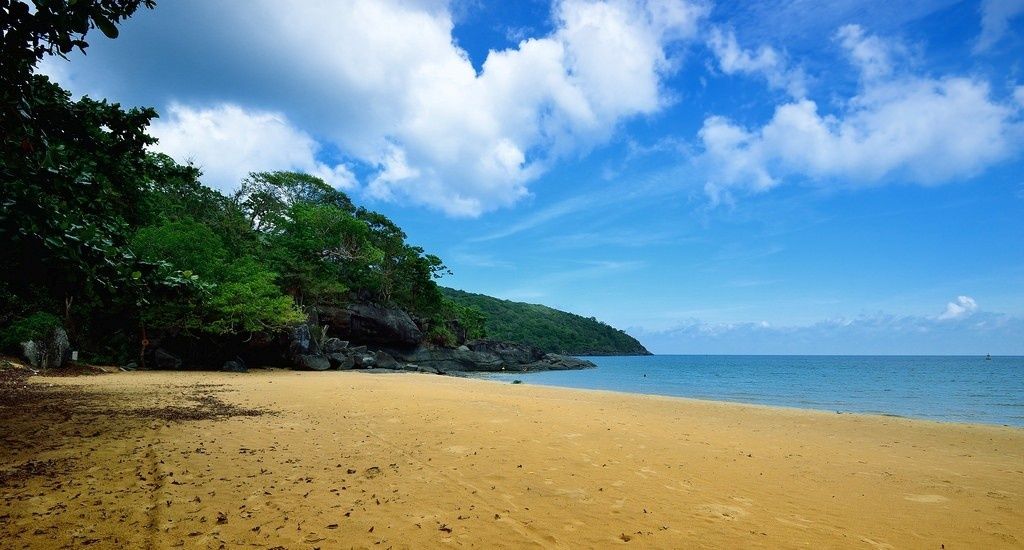 Dam Trau Beach is associated with the legend of a forbidden love. Photo: thethaovanhoa.vn 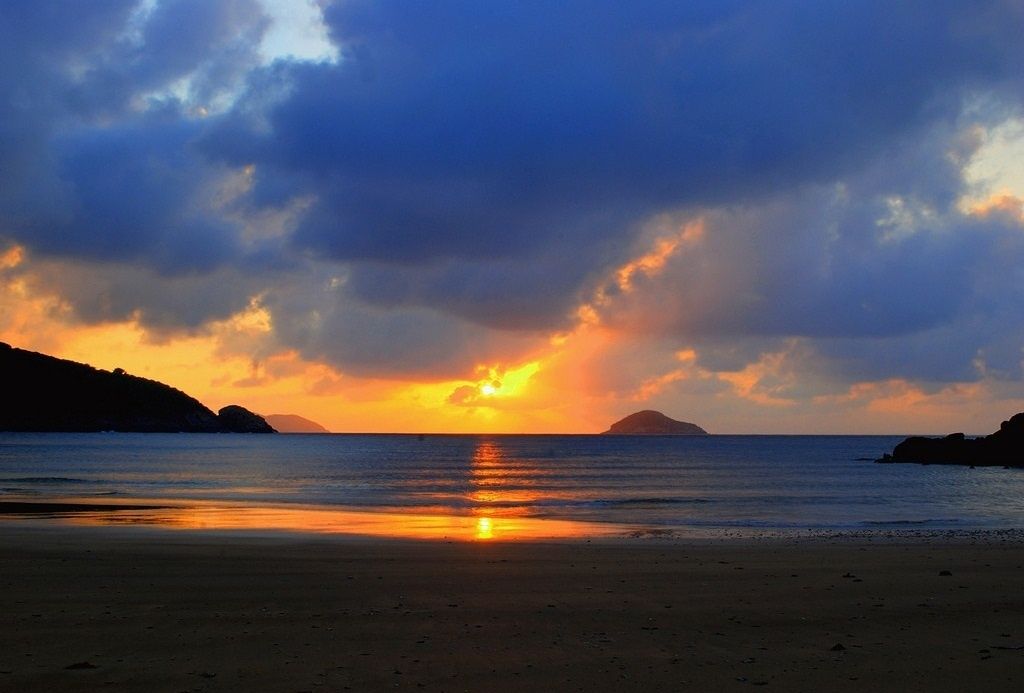 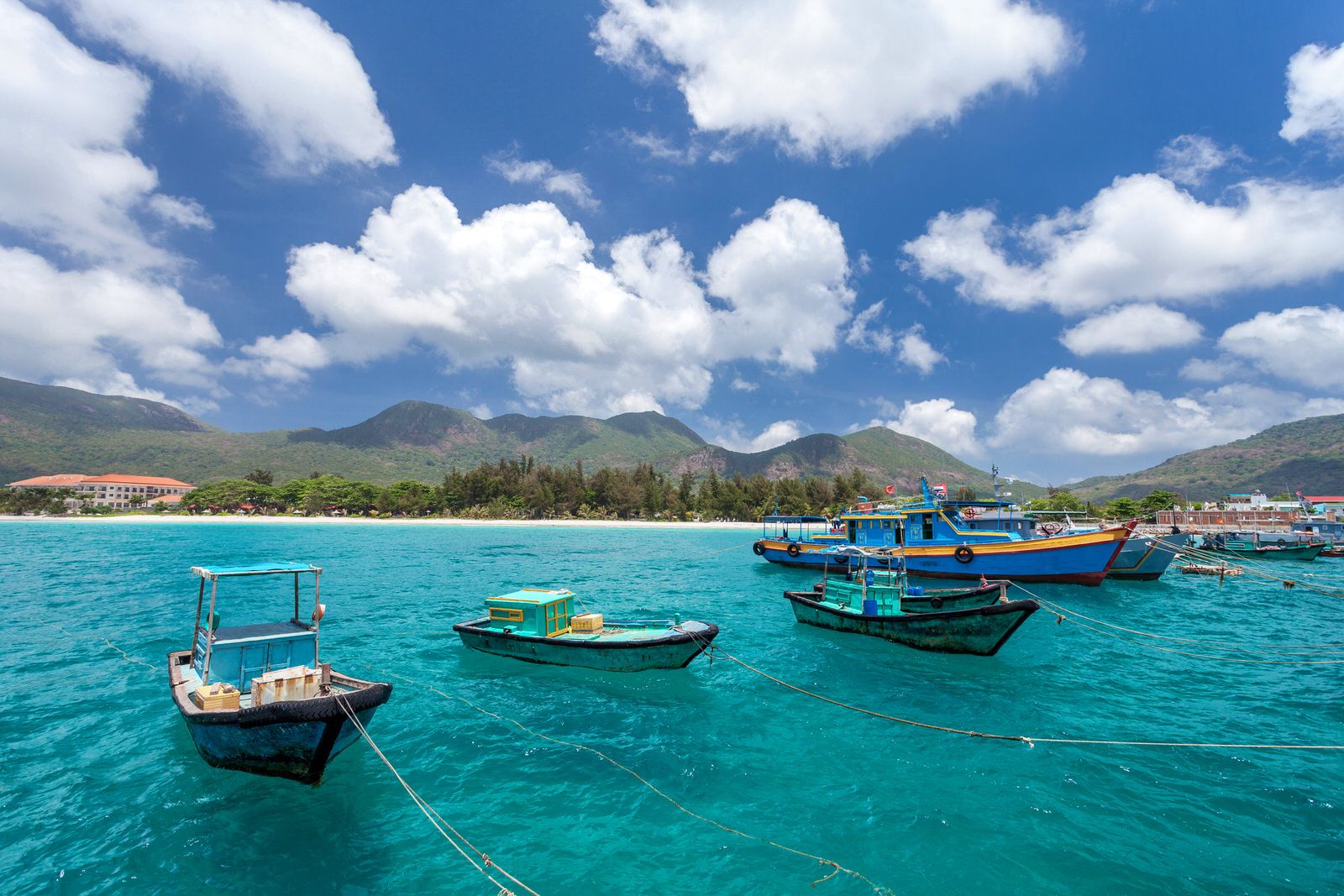 Coming to Bay Canh island, which is the second largest island in the Con Dao archipelago, you will be able to discover an extremely rich and diverse mangrove ecosystem formed on the ground of sand and dead coral. Although it has a modest area of only about 5.1 hectares, the mangrove forest on Bay Canh island has contributed to completing the linkage among different ecosystems such as ones of mangrove, seagrass beds, coral reefs, and tropical rainforests on high mountains. 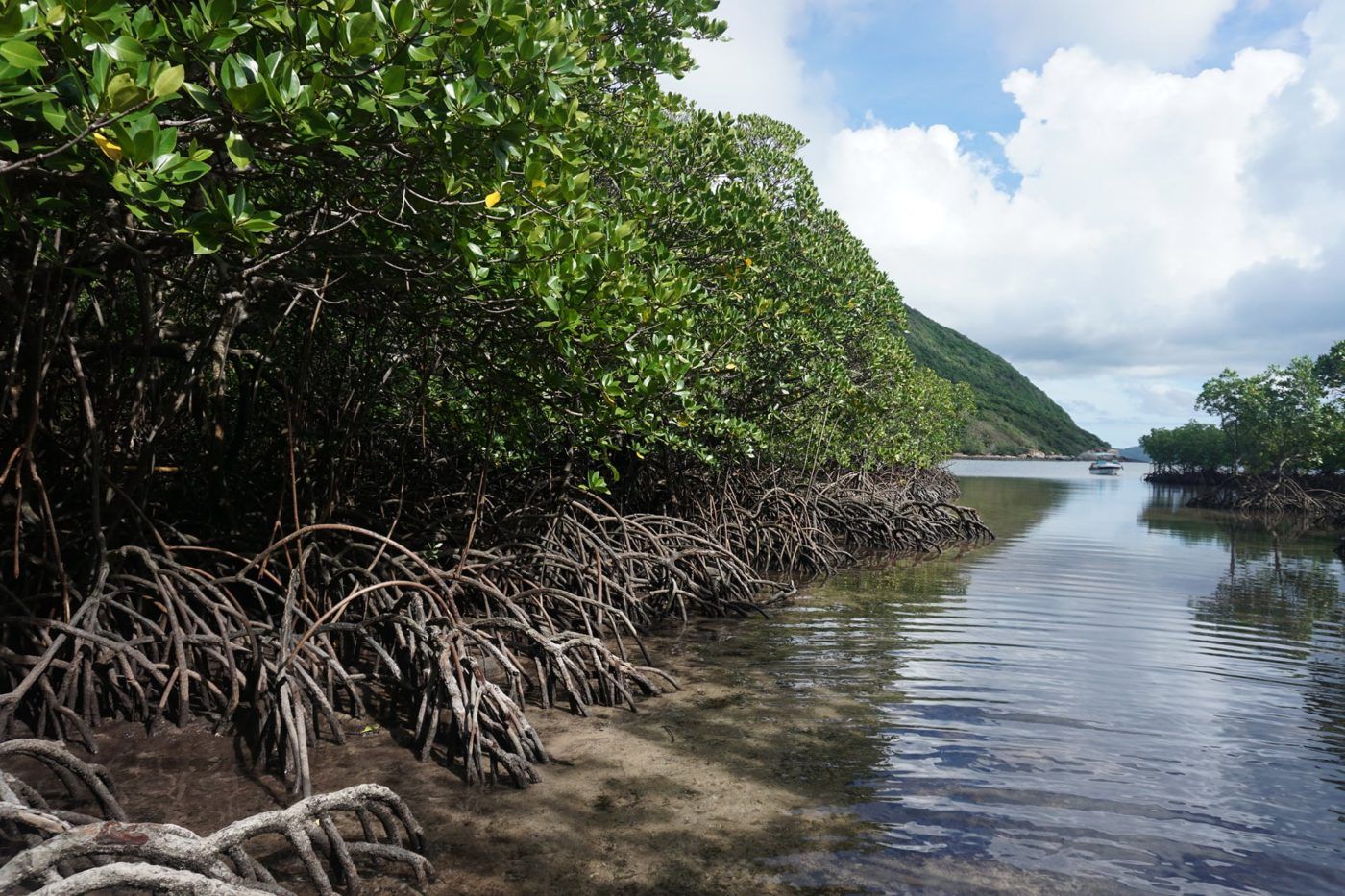 The ecosystem around Bay Canh island is also very diverse with many marine species such as snails, sea cucumbers, fish, sea grass, seaweed, coral reefs, etc. Cat Lon beach on Bay Canh island is one of the fourteen turtle nesting sites in Con Dao and is also the beach with the highest number of turtles laying eggs on the island. At night, there can be as many as 20-30 turtles going to the sand beach to nest and lay eggs. 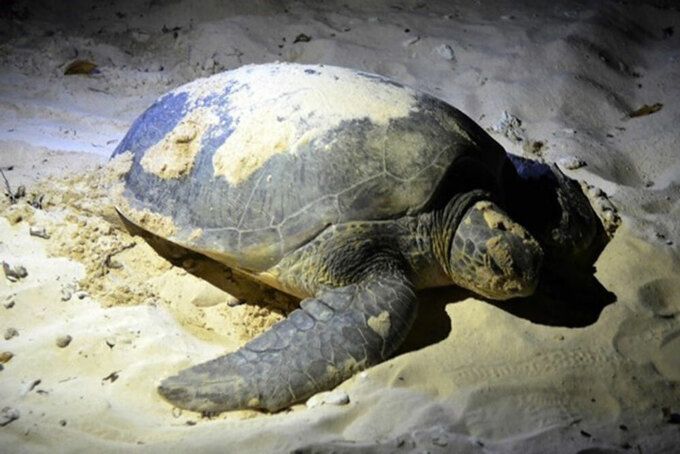 Turtles go to the sand beach to nest and lay eggs. Photo: Vnexpress

There is also a lighthouse built by the French in 1884 and still in operation today. You can follow the mountain trail to this lighthouse to have a panoramic view of the sky and the immense sea of Con Dao.

Dam Tre Bay is located 3km from Con Dao airport with a majestic beauty. The bay is deeply rooted in the mainland and surrounded by mountains, creating a poetic and charming but extremely mysterious beauty. Visiting Dam Tre Bay, you will also have the opportunity to see swiftlets nesting and discover diverse types of marine life. 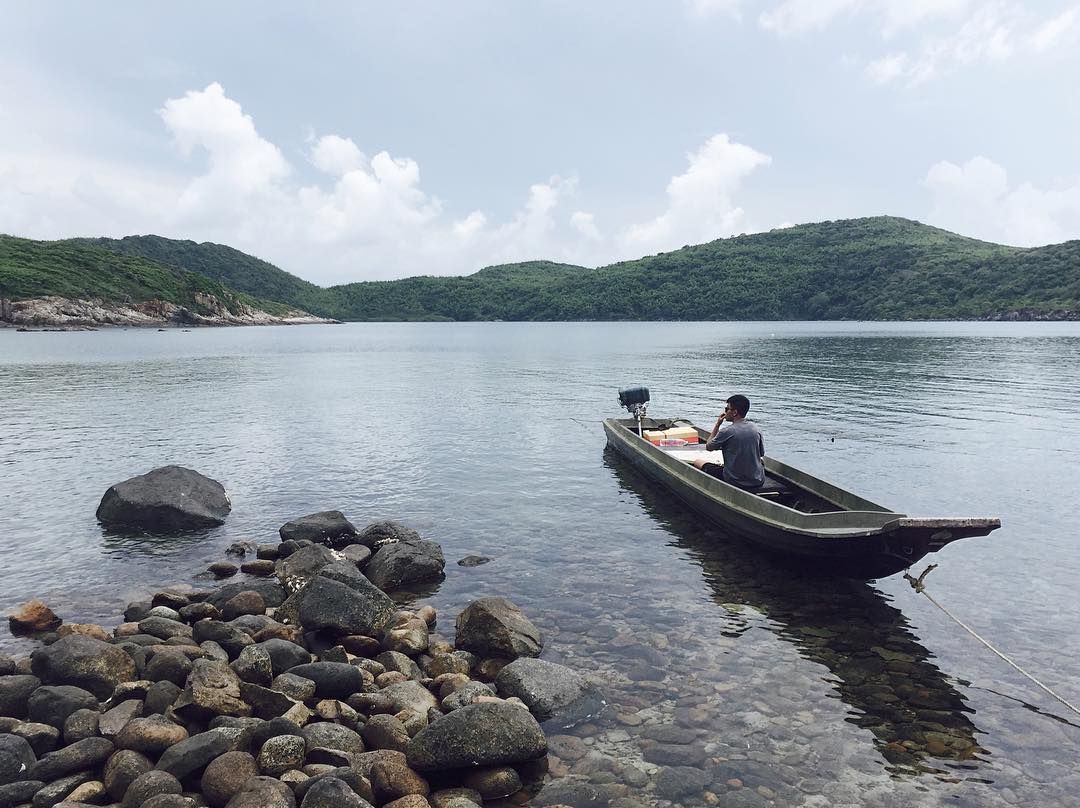 If you want to discover the history of the formation and development of Con Dao, you cannot ignore the Con Dao Museum. This place was used by the island lords as a workplace. 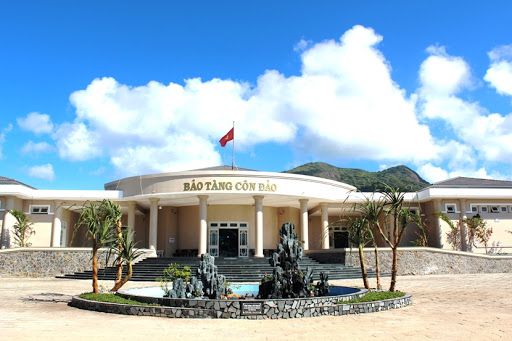 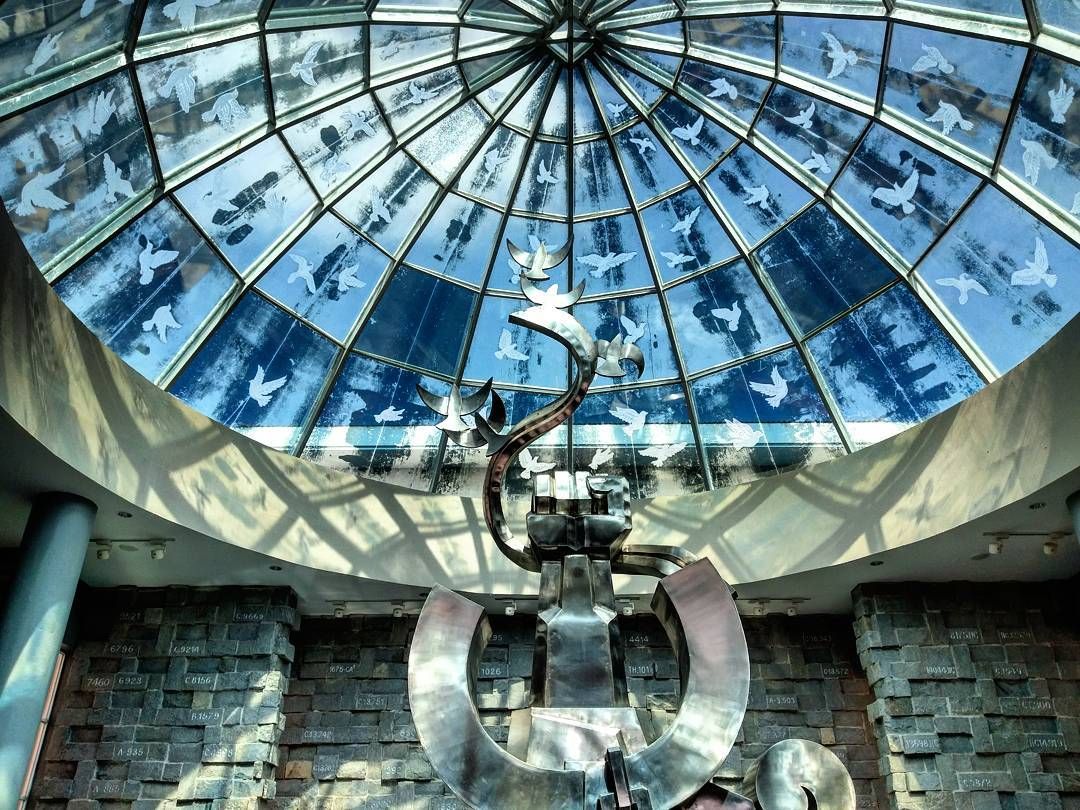 The dome of the main building is designed with stained glass with the image of soaring birds. Photo: condaotrip

Con Dao Museum was constructed in 2009, including a gallery, an artifact warehouse, a warehouse for restoring materials and artifacts, a hall, a working area and other works. The museum covers an area of over 3,500m2 with a floor area of more than 2,700m2. This place is storing and displaying more than 1,000 precious documents and artifacts which are divided into 4 themes, namely Country and People, Hell on Earth, Battlefields and Schools, and Con Dao Today. 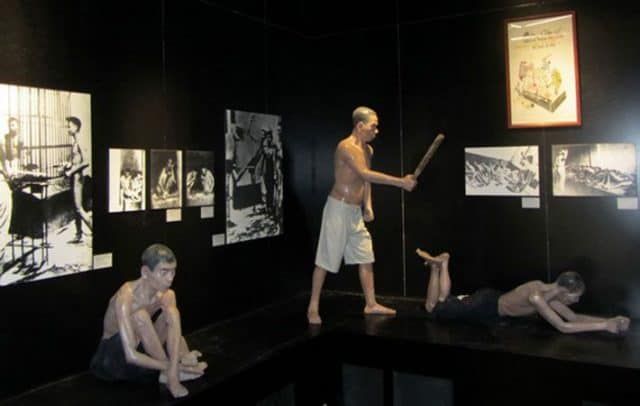 Most notably, the theme of “Hell on Earth” recreates the time of Con Dao prison. In 1862, the French turned Con Dao into the largest prison in Indochina, where tens of thousands of Vietnamese were exiled and brutally tortured. During 113 years of existence, Con Dao prison was likened to "Hell on Earth". The artifacts and documents here have partly recreated that painful time of the Vietnamese in Con Dao.

The best time to travel to Con Dao

Con Dao weather is divided into 2 distinct seasons, namely dry season (from May to November) and rainy season (from December to April). From March to September, the weather is warm with little rain while the sea is calm, which is very suitable for traveling to Con Dao. This is also the time when sea turtles lay eggs, so you can have the opportunity to admire this scene. 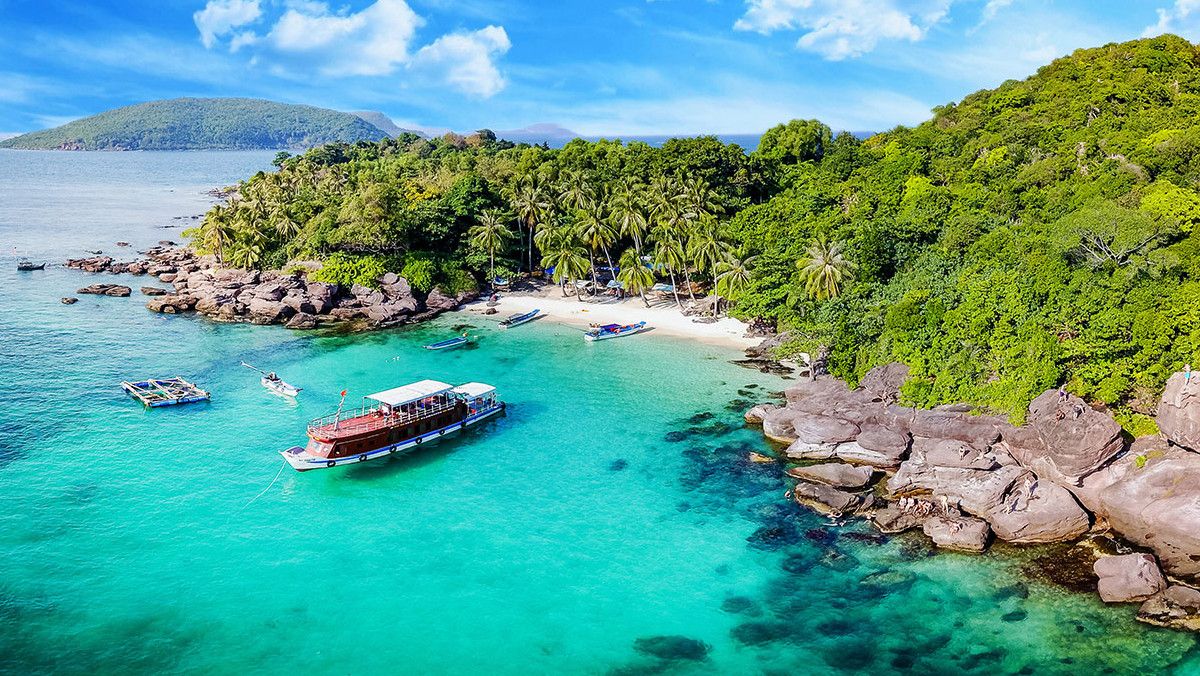 How to get to Con Dao

You can choose to travel to Con Dao by 2 main means, namely plane and boat.

The boat departs from Cat Lo port (Vung Tau city) with a relatively low speed, so it often takes you about 12 hours to get to Con Dao. The boat arrives at Ben Dam port at 8am and 1:30pm

To avoid a situation where the tickets have ran out, you should buy them at least 2 weeks in advance. If you have decided on the date when you come back, you should buy a round-trip ticket from the beginning to save time at the port. You should check the ticket information about the departure and arrival time carefully to avoid any mistakes. 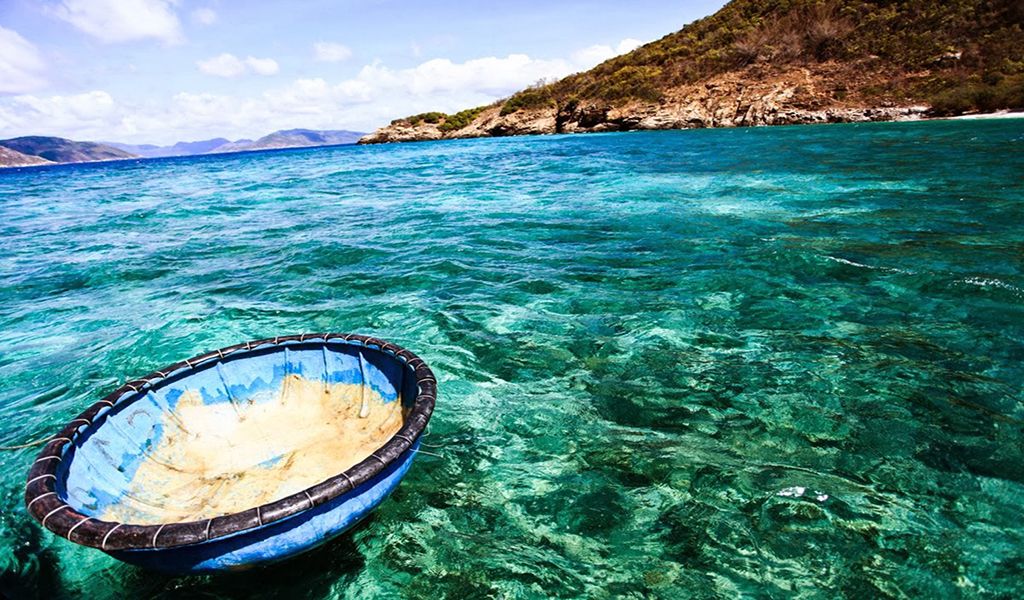 - Currently, both Hanoi and Ho Chi Minh City have flights to Con Dao. You will arrive at Co Ong airport (12km from Con Dao town), then you can take a taxi to get into town.

When coming to Con Dao, you can choose to take a taxi or rent a motorbike with a cost of VND 100,000/vehicle/day to be able to actively travel between destinations. This service is also available at motels, so you can rent it at your accommodation.

Depending on your financial budget, locations or the availability of services, you can consider choosing a homestay/motel, or a luxury hotel/resort. The average hotel rate in Con Dao ranges from USD 18-30/room/night.

You should find out information about accommodation and book the room in advance to get the best price and avoid hotels running out of rooms. 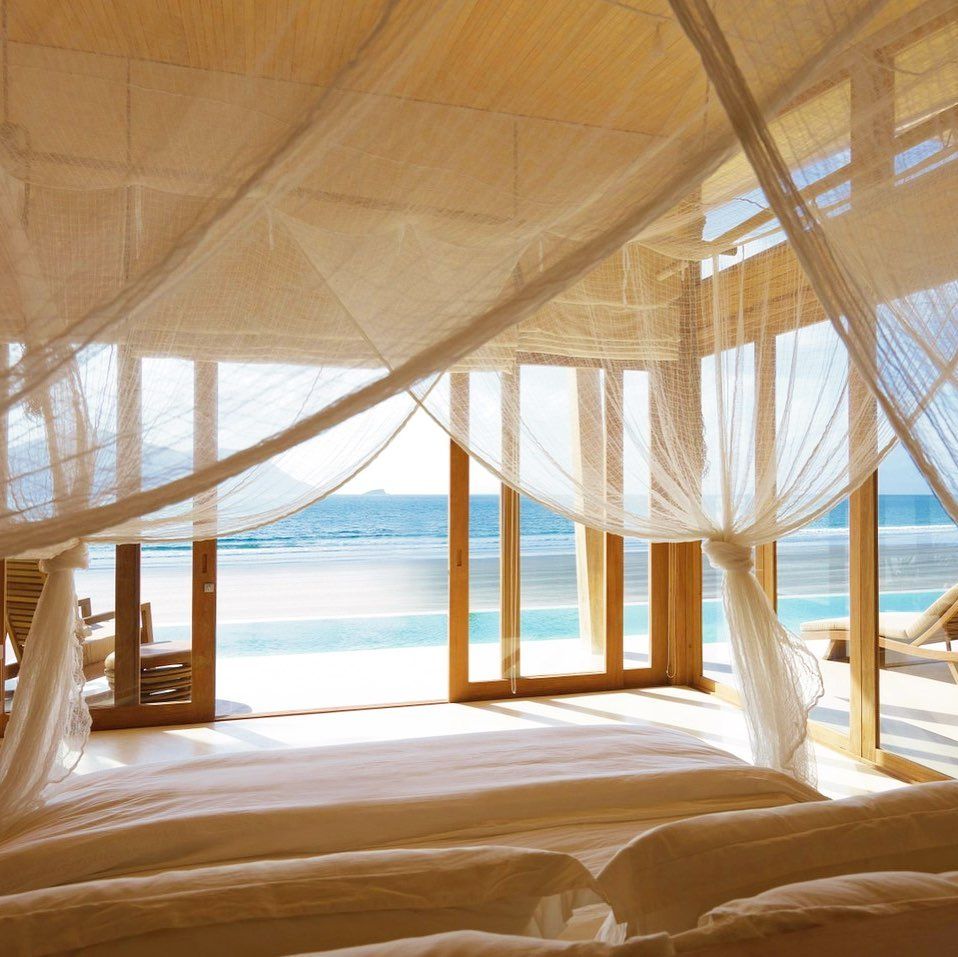 Con Dao is not only a destination with beautiful and intact nature, but it also attracts many visitors thanks to its thrilling and mysterious legends associated with this land. A visit to Con Dao will definitely leave you unforgettable memories.