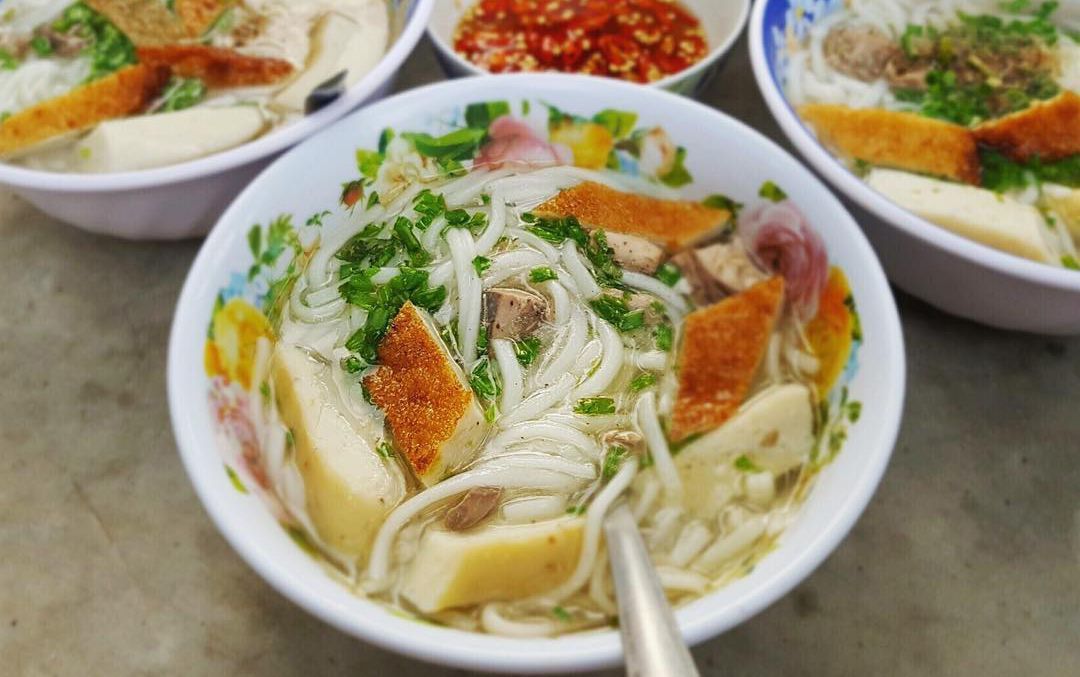 Phan Thiet (in Binh Thuan province) not only attracts tourists with its long white sand beaches, blue sea and rows of coconut trees, but it also impresses them with the rustic specialties which can be only found here.

As one of the long-standing dishes of the people in Phan Thiet, “thick Vietnamese noodles with grilled chopped fish” is considered a rustic dish that tourists should not ignore when coming to this land. All of the toppings and broth are mainly made from fish - the abundant seafood source of Phan Thiet. 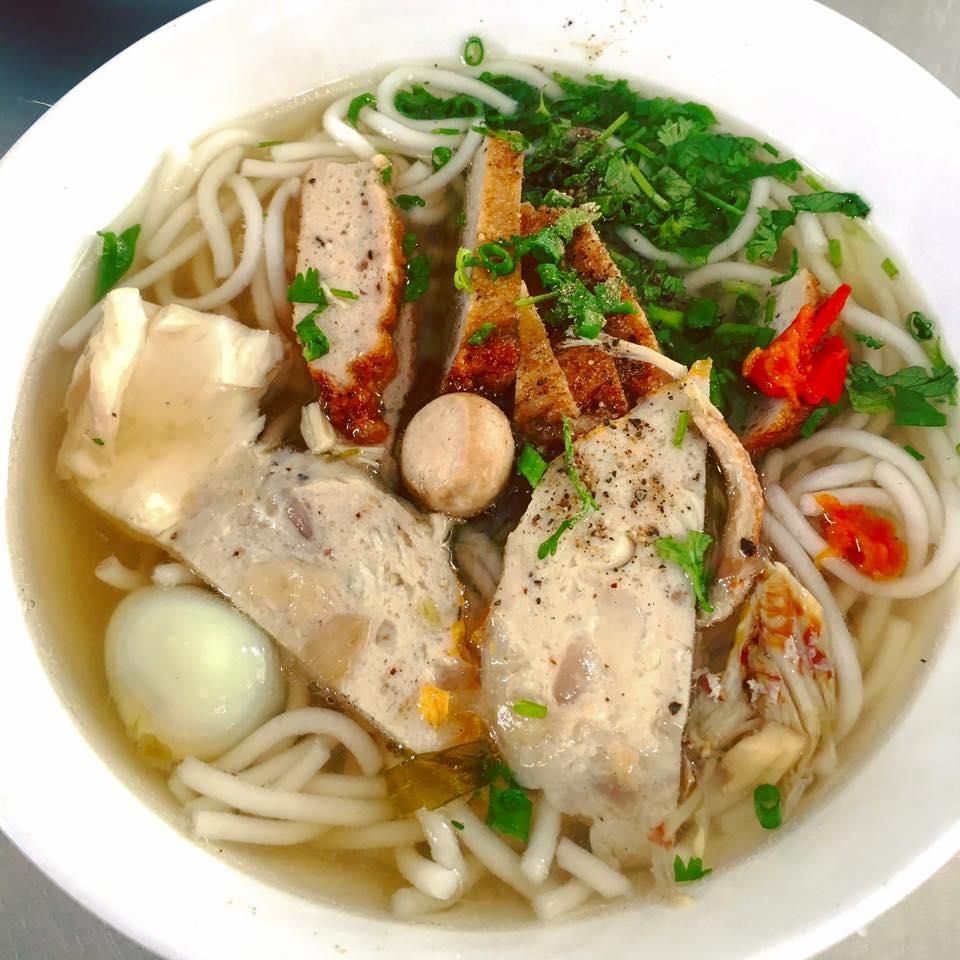 The grilled chopped fish is considered as the most important part of the dish. Mackerel, bartail flathead, long pectoral-fin minnow, lizard-fish, cobia and greater amberjack can be listed as the types of fish used for the dish. The fish meat is pureed with some lard and then molded into flat balls with a size of half a hand. Next, the fish balls are steamed until almost cooked before being spread a layer of egg yolk to create a rich flavor and an eye-catching golden colour. Finally, the balls are deep-fried with medium heat to ensure the fish meat is cooked thoroughly with a golden colour.

The noodles used in the dish, which are made from rice flour, are thick with a milky white colour. To make the broth, fish bones, pork bones and pork rind are stewed. In some regions, straw mushrooms and white radishes are also added to increase the aroma and natural sweetness. When enjoying, you can feel the light sweetness mixed with the moderate rich taste of the broth, together with crispy fish balls, fragrant sticky rice noodles and quail eggs. All of them create a dish full of the “sea flavor”. 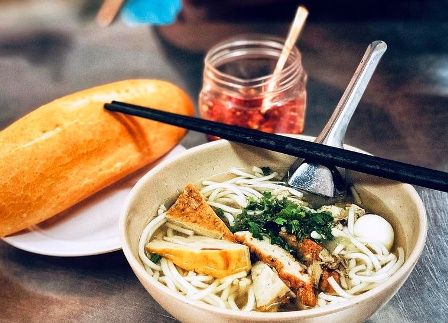 The noodles used in the dish, which are made from rice flour, are thick with a milky white colour. Photo: dulichbinhthuan

Pancake is quite a popular dish from the North to the South of Vietnam, but in Phan Thiet, the dish has its own “charm”. To make the cake, rice flour is diluted with water and turmeric powder to create an eye-catching yellow colour. In Phan Thiet, people often add some coconut milk to increase the flavor. The mixture is poured into a mold made from Cham clay. Perhaps this is the special feature leading to the crispness of the pancakes here. As the molds in Phan Thiet are smaller than those in other regions, the finished pancakes are small as well, which is more convenient for you to enjoy. 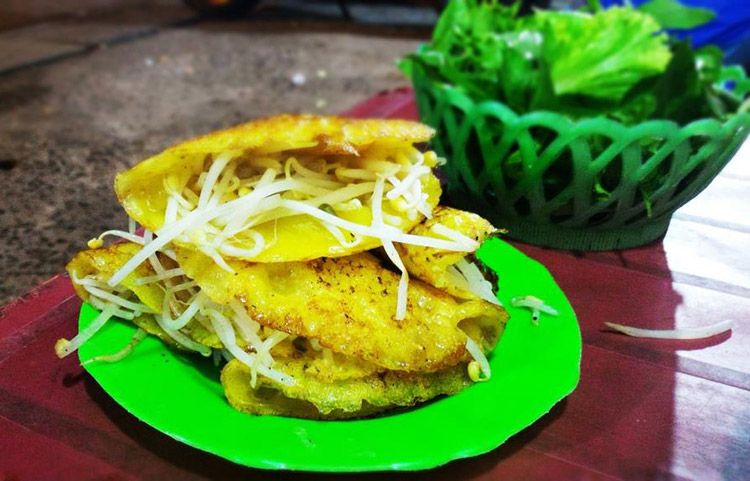 Phan Thiet pancakes are smaller than common ones. Photo: yong

After the mixture is poured into molds, cooked squids, scallops, shrimps, mung bean sprouts and onions are placed onto the surface of the cake. The dish has an eye-catching yellow colour, dotted with elegant white and green colours of the toppings. 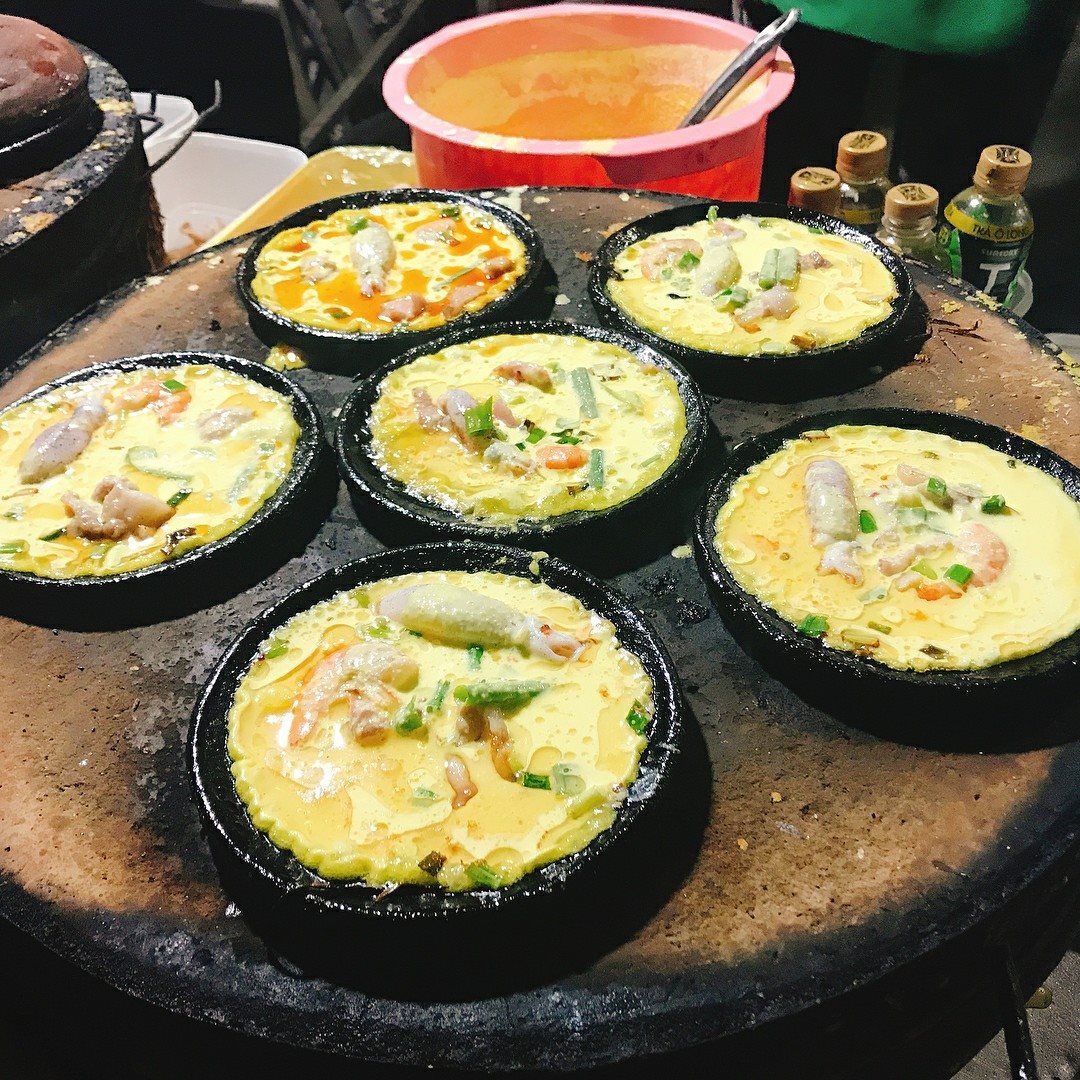 Another difference between Phan Thiet pancakes and those in other regions lies in the way of enjoying the dish. While other localities often wrap pancakes in rice paper or roll them with raw vegetables, the people here put a piece of pancake in a bowl of sweet and sour sauce, add some raw vegetables and then enjoy it. The crispness of the cake base, the rich taste of squid, scallops, mung bean sprouts and fresh vegetables together leave diners a strong impression. 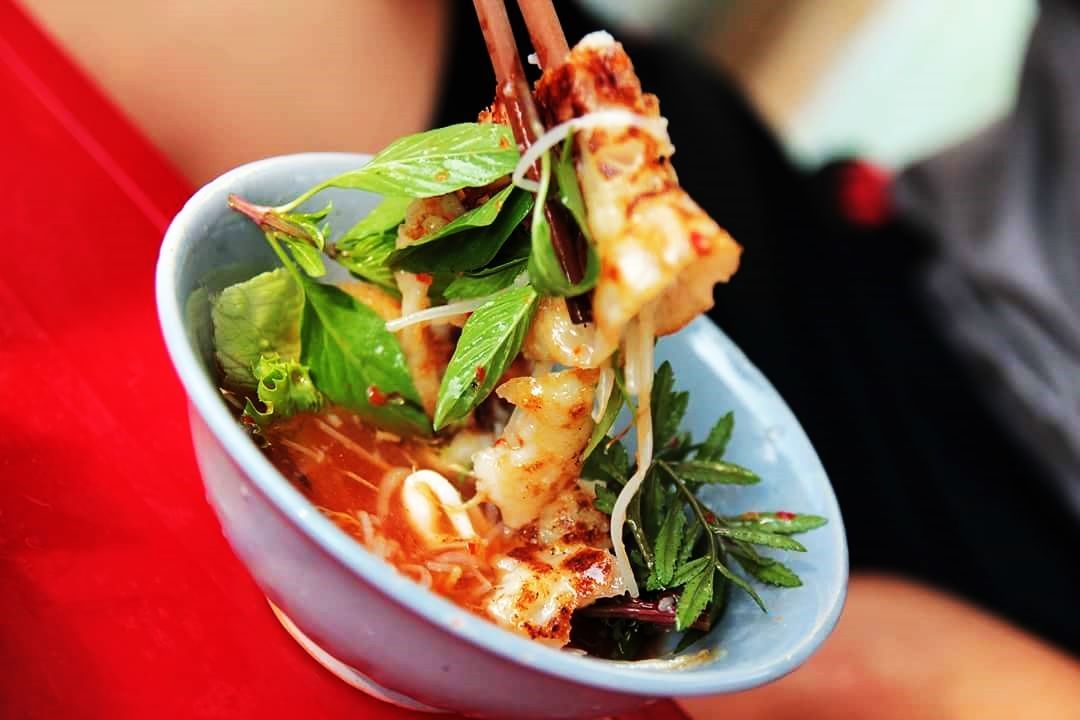 Phan Thiet people put a piece of pancakes in a bowl of sweet and sour sauce, add some raw vegetables and enjoy it. Photo: Pinterest

Quang noodle is a famous dish of Quang Nam, but when it was introduced to Phan Thiet, many changes were made. For example, the noodles here are composed of both large and small fibers. The broth is stewed from pork bones and duck meat to make a difference. Only in Phan Thiet can there be a unique dish of Quang duck noodles. 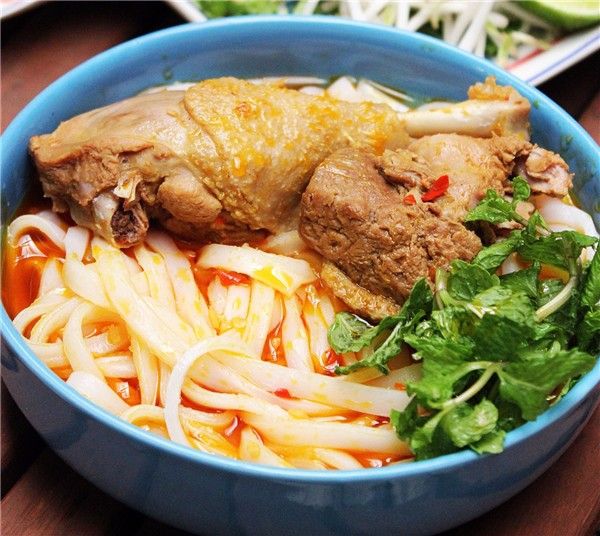 Only in Phan Thiet can there be Quang duck noodles. Photo: Minos

A bowl of Quang duck noodles has Quang noodles, a lot of rich broth (not as little as the original Quang noodles), duck meat, duck intestines, roasted peanuts, fresh vegetables and hot chili, all of which create harmony for the dish. 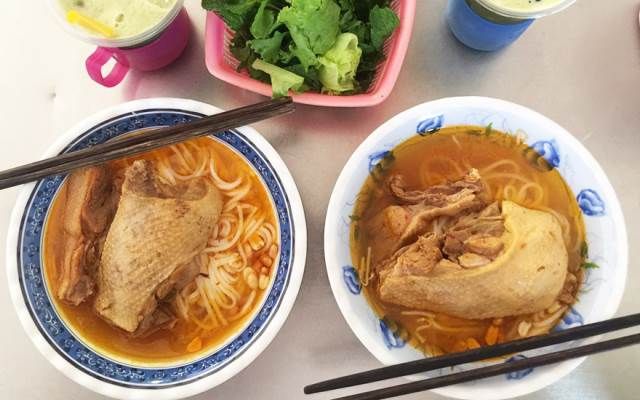 Each bowl of Quang noodles in Phan Thiet has a lot of broth, not as little as the original Quang noodles. Photo: Foody

The dishes in Phan Thiet are not sophisticated but always leave visitors a strong impression due to their very unique flavors. When you come here, you should definitely not ignore its specialties.