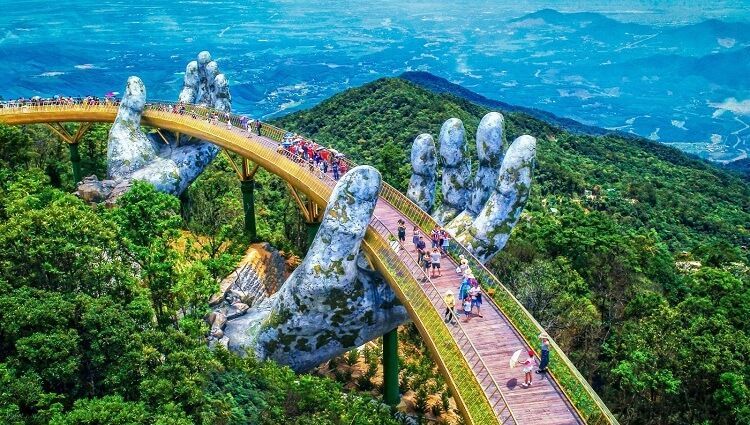 Vietnam has a number of destinations that are praised by international media such as: Hoi An (Quang Nam), Golden Bridge (Da Nang) and Son Doong cave (Quang Binh). Let's discover the special features of these places. 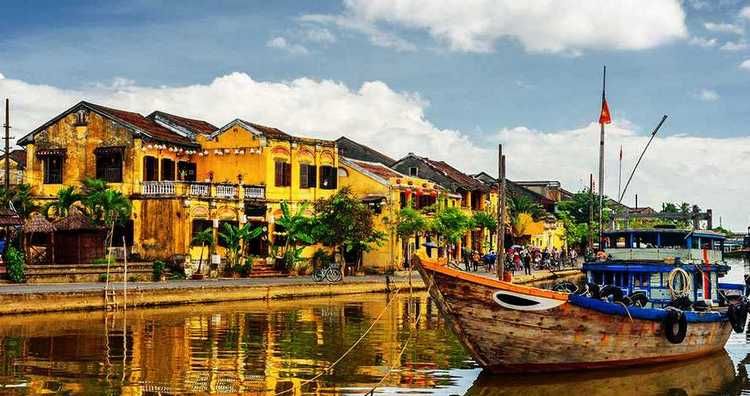 Hoi An is located by the Thu Bon River. Photo: dangcongsan

In 2020, the website “Pretty Wild World” announced Hoi An being in the top ten most attractive tourist destinations in Asia of 2020. Previously, this town was also one of the great tourist destinations voted by the famous travel magazine CNN in early 2019. In the same year, Travel + Leisure magazine praised Hoi An as the most beautiful city in the world with an article titled "Hoi An is the best city in the world - and the street food is only the beginning". Hoi An is considered a "worth experiencing" tourist destination for countless of both domestic and international tourists.

Hoi An is a city in Quang Nam province with many old quarters built in the 16th century and still remaining almost intact today. Located downstream of the Thu Bon River - which is about 30km from Da Nang city, Hoi An was recognized by UNESCO as a World Cultural Heritage in 1999. 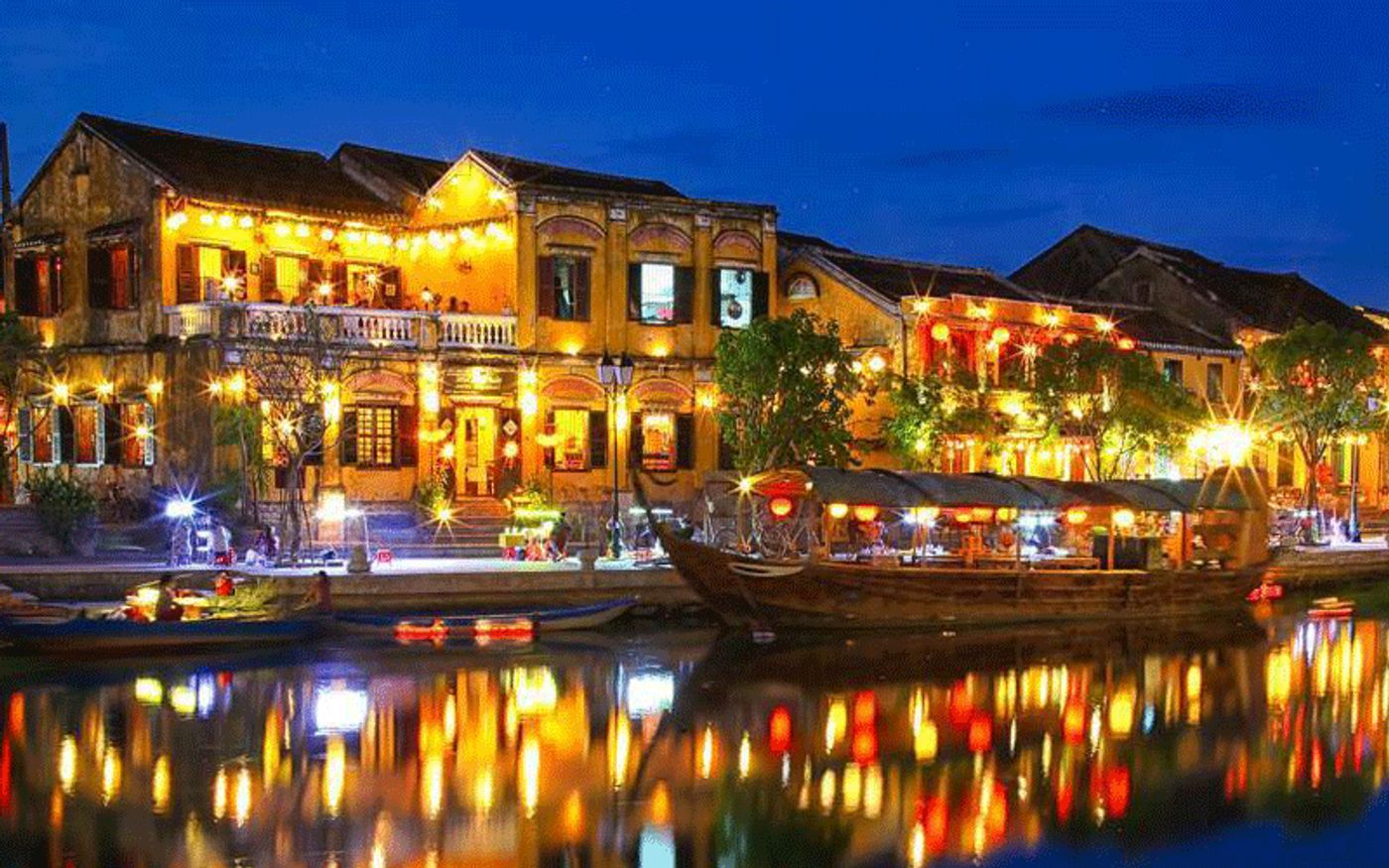 In ancient Western documents, Hoi An was known as “Faifo”. There are many explanations about this name, one of which specified that the Thu Bon River was formerly called “Hoai River”, so Hoi An was also called “Hoai Pho” (Hoai Town). Over time, this name was wrongly pronounced as “Phai Pho”, from which the term “Faifo” appeared. Hoi An used to be a busy international trading port of Japanese, Chinese and Western merchant ships during the 17th and 18th centuries. It is important to note that, however, there were also vestiges of the Cham Pa culture here. In the 19th century, due to the limitations of the waterway, Hoi An port gradually lost favour. Although Vietnam went through two wars, it is very lucky that Hoi An was not affected and has still retained its architectural and cultural values. 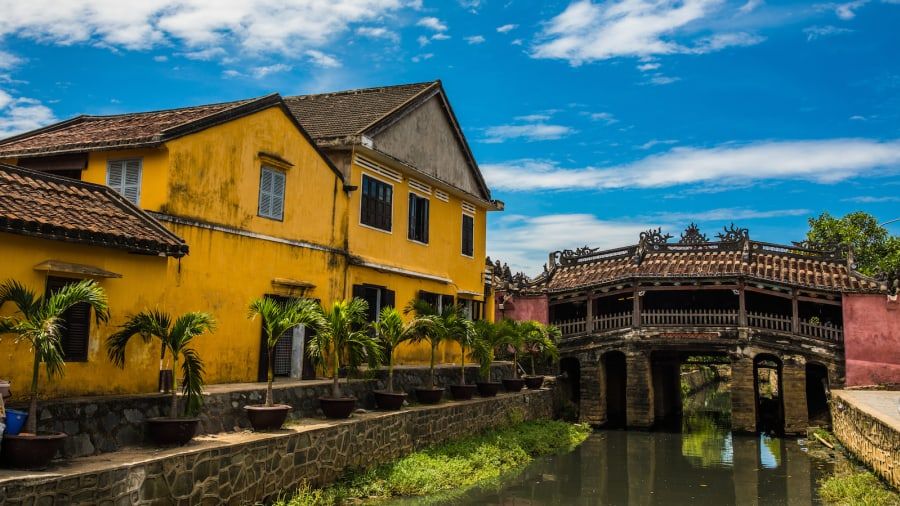 The Japanese Covered Bridge is one of the symbols of Hoi An. Photo: CNN.com

As Hoi An used to be an international trading port, you can clearly see the cultural interferences here. While assembly halls and temples feature Chinese architecture, there are a lot of traditional Vietnamese houses interspersed with some French-style works. Some impressive spots that should not be ignored in Hoi An include: Japanese Covered Bridge, Assembly Hall of Chaozhou Chinese Congregation, Assembly Hall of the Cantonese Chinese Congregation, Hoi An Museum of History and Culture, Hoi An Market and so on. 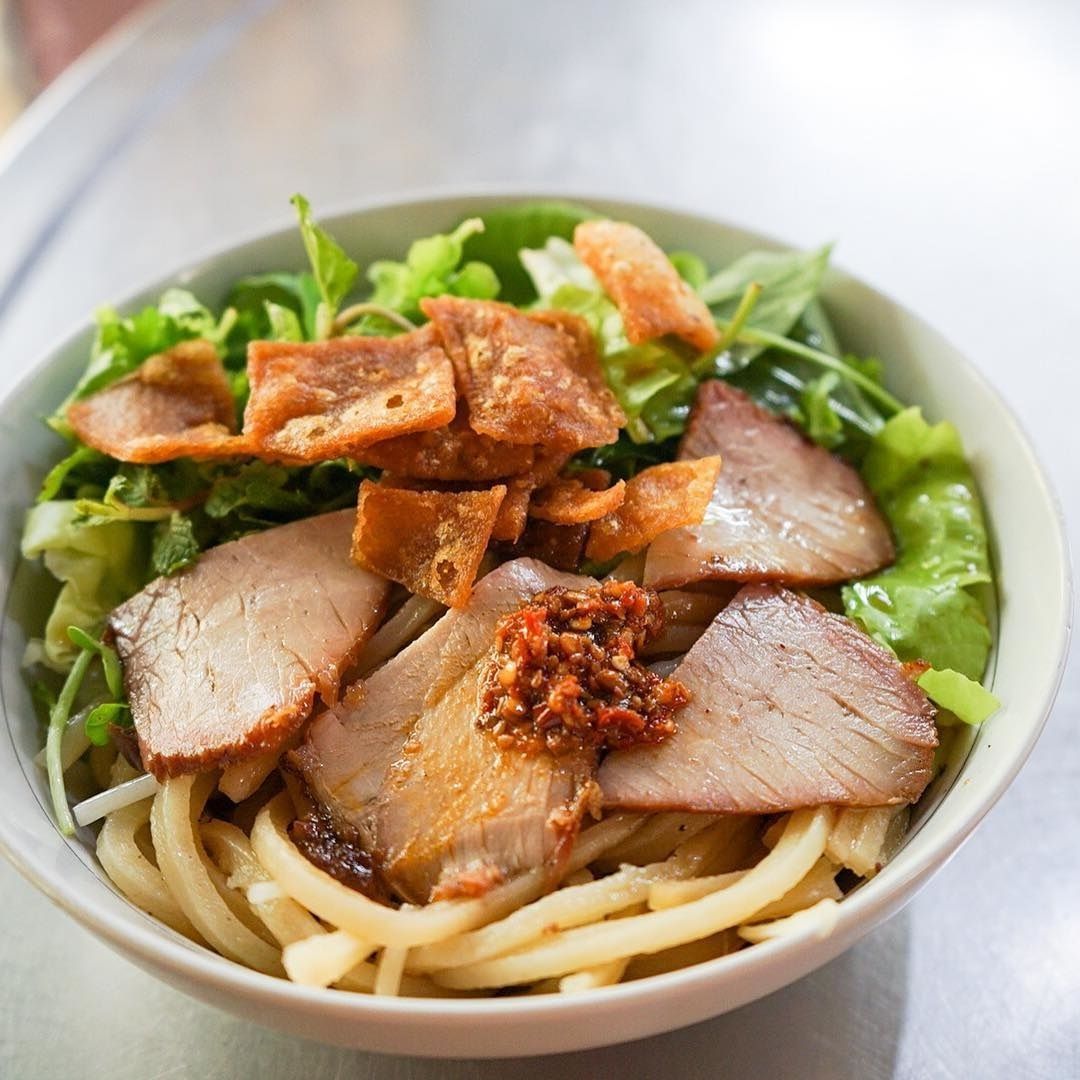 Cao Lau is a specialty of Hoi An with a very unique flavor. Photo: foody

Golden Bridge is a pedestrian bridge with a length of about 150m at Ba Na Resort (Da Nang), which has drawn a lot of international attention due to its unique design. In 2020, the website “Insider” ranked the Golden Bridge among the top 28 most beautiful bridges in the world. On July 30th, 2018, the Golden Bridge was officially honored in the top five most impressive pedestrian bridges in the world with a strange and unique design by The Guardian (UK). This bridge was also in the top 100 most wonderful places in the world in 2018 voted by America's TIME Magazine. 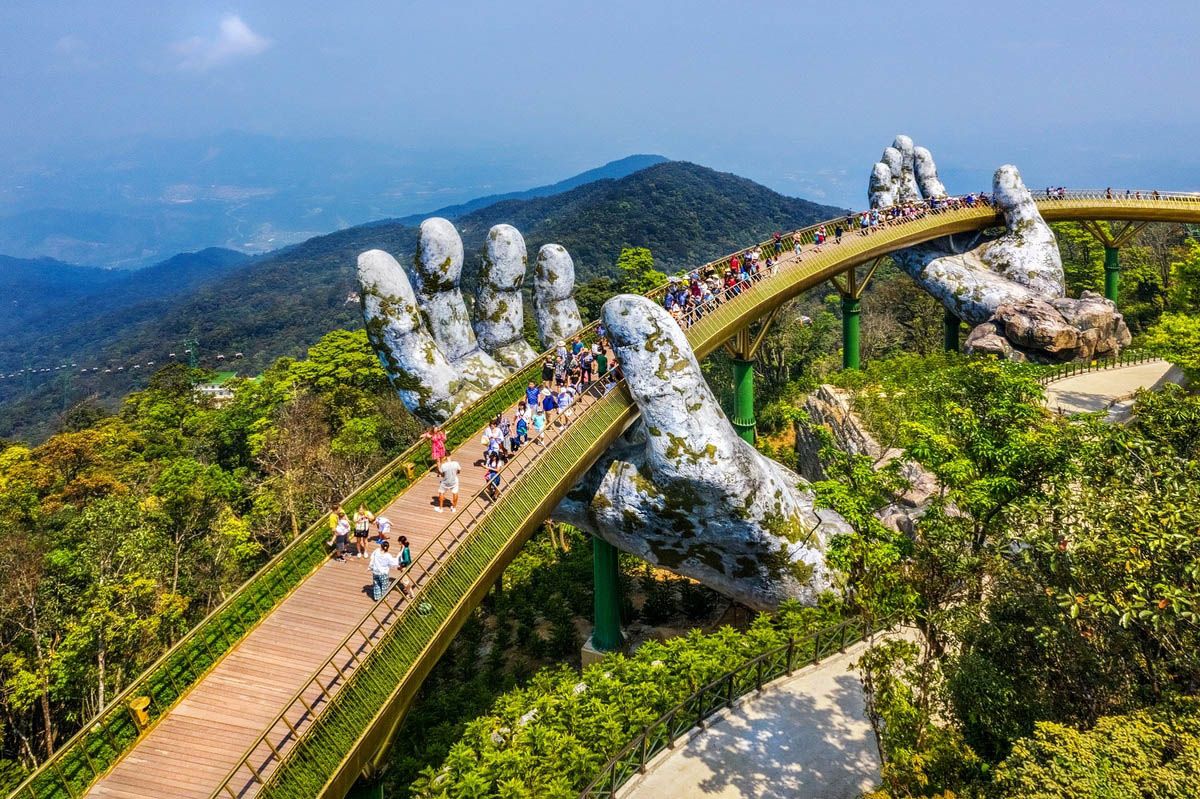 The Golden Bridge was constructed in 2017 and inaugurated in June, 2018. Designed by the “TA Landscape Architecture” of the Ho Chi Minh City University of Architecture, the Golden Bridge is shaped like a giant hand holding the bridge from the cliff. When you stand on top of a mountain, you will have a feeling of standing on the hand of a god - and this led to the bridge’s design. 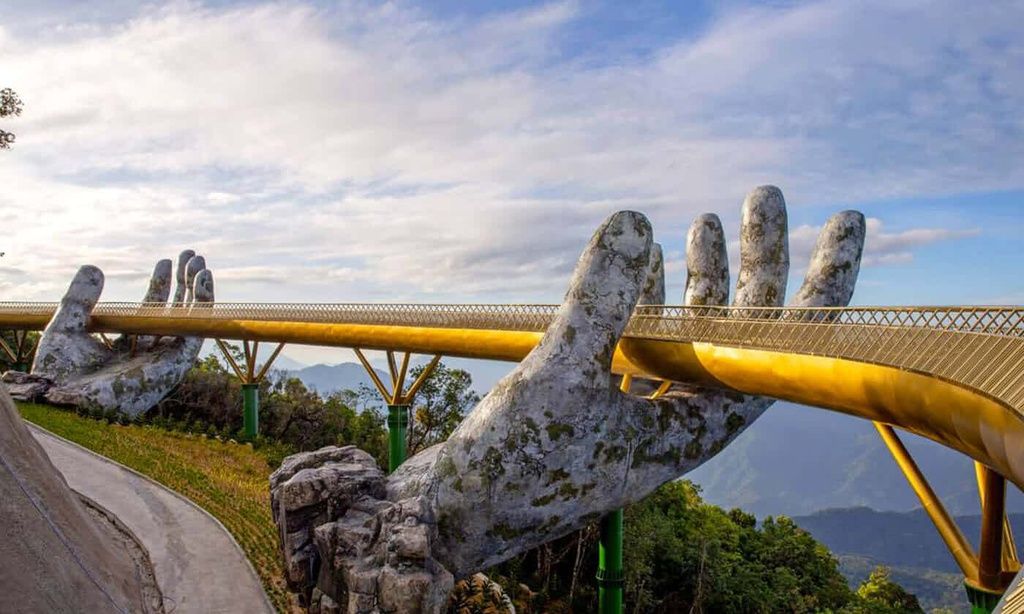 The Golden Bridge is one of the most impressive bridges in the world. Photo: Zing.vn

Located at an altitude of 1,400m, this bridge connects the cable car station with other gardens of the resort. The bridge has eight spans, of which the largest one is 21.2 m long. While the bridge deck is mainly made of wood with a width of 5cm, the balustrade is made of gilded stainless steel, which is very eye-catching. Meanwhile, two giant hands, which are the highlights of the bridge, are made of stone. Standing from the Golden Bridge, visitors can admire majestic ranges of mountains covered with clouds. 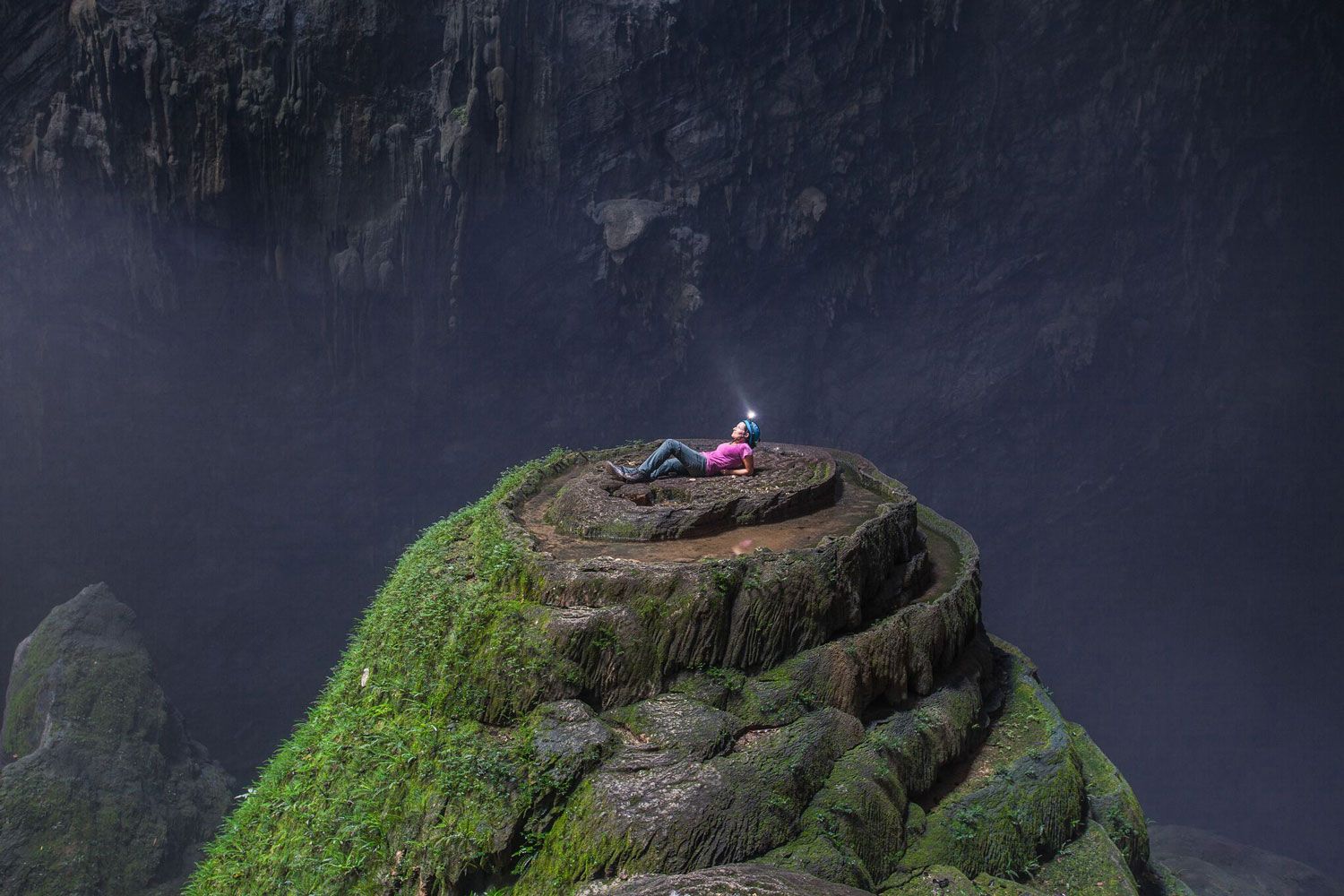 Son Doong Cave is in the top 10 most worth-visiting virtual tours in the world introduced by The Guardian (UK). Photo: oxalisadventure

Son Doong is a natural cave in Tan Trach commune (Bo Trach district, Quang Binh province) and is considered the largest natural cave in the world. In 2020, Son Doong entered the top ten most worth-visiting virtual tours in the world introduced by The Guardian (UK). In August 2019, Son Doong cave was announced by Dave TV as the top five destinations that can make the world's top adventure. The New York Times ranked Son Doong at number eight out of 52 places on the list of recommended places to visit in 2014. 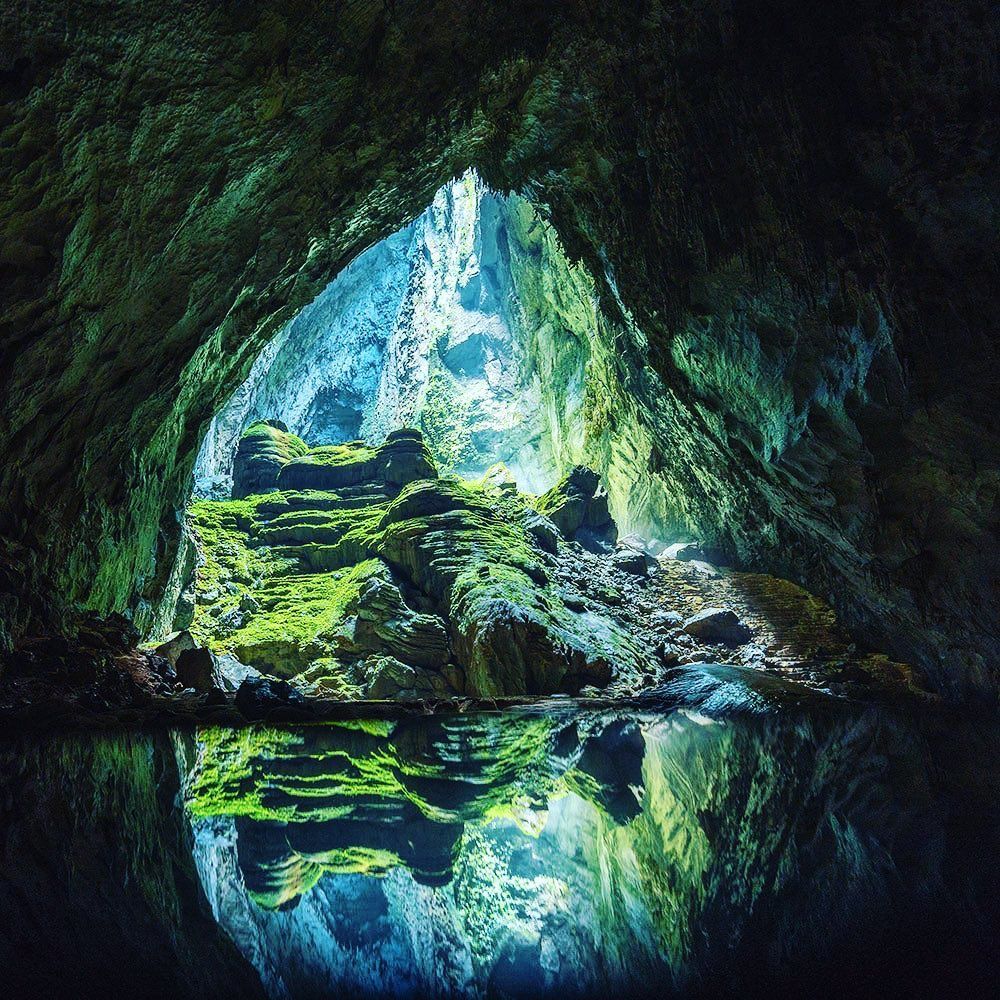 This cave was discovered by Ho Khanh, a local resident in 2009, and he guided the expedition of the Royal British Caving Association to explore the cave. It is noted that “Son Doong” was the name Ho Khanh gave to the cave. As the world's largest cave with a volume of 38.5 million cubic meters, Son Doong has immediately become a tourist attraction for those who are passionate about exploring. With such a grand scale, the cave has not yet been completely explored. In the latest discovery, scientists confirmed that Son Doong is at least 8.5km long, 200m high, and can be up to 250m in some places. The width of the cave is 160m - which is big enough to accommodate a New York neighborhood with 40-story buildings. In the cave are countless spectacular scenes such as giant sinkholes, stalactite corridors, a collection of "pearls" tens of thousands of years old, or stalagmite pillars up to 80m long. 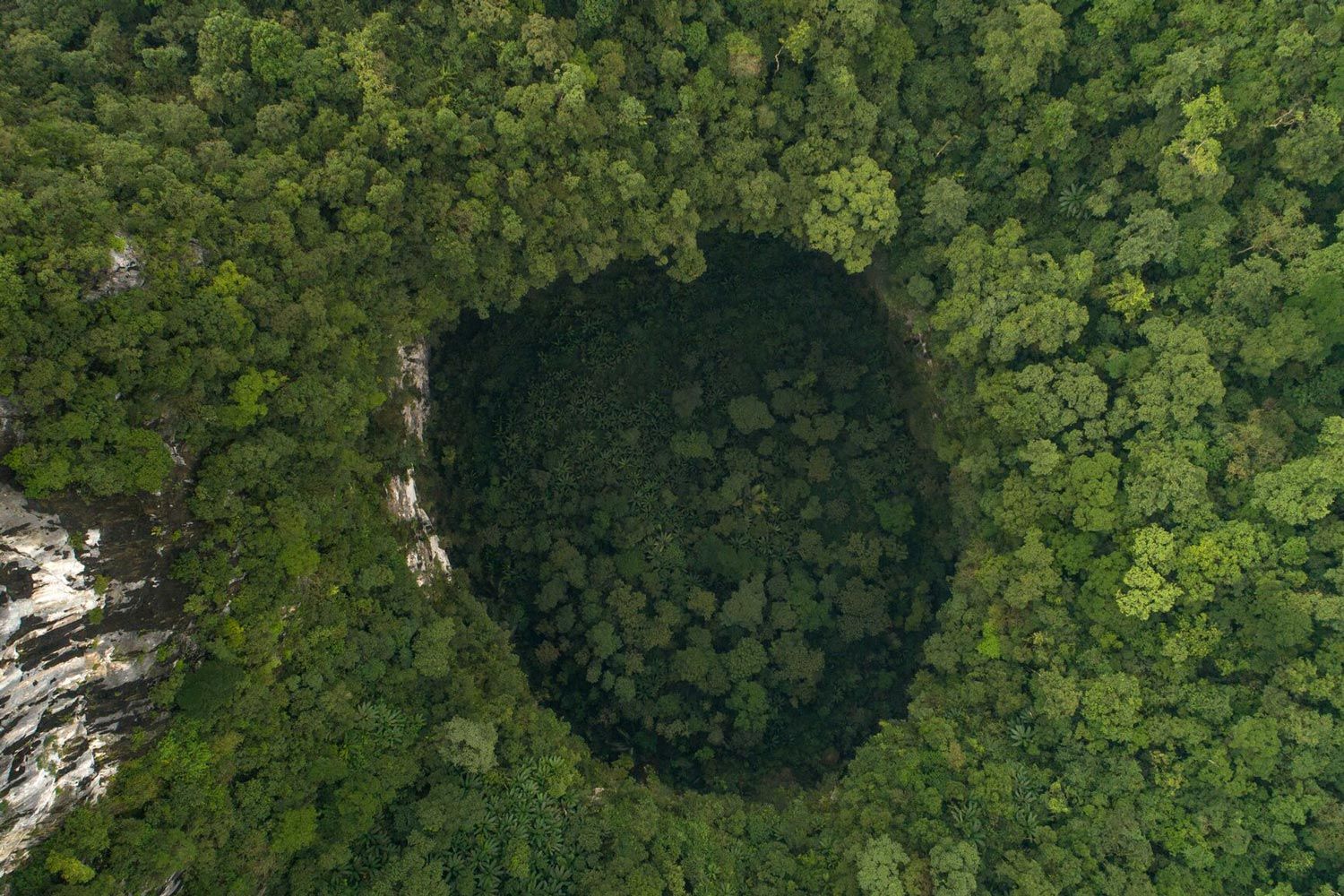 Currently, Oxalisadventure is the only unit licensed by Quang Binh province to exploit tourism exploration services in Son Doong cave. As the number of people allowed to visit the cave is limited, you must register a year in advance to have an opportunity to explore Son Doong. Normally, a cave tour will take place for about four days and three nights, so you must be in good health.

District 3 in Ho Chi Minh City was in the list of the top 20 best neighborhoods in the world in 2019 announced by Time Out.

District 3 is located in the city centre with not only many architectural works featuring typical cultural values such as Tan Dinh church or Turtle lake, but also many places of entertainment and busy commercial centres. 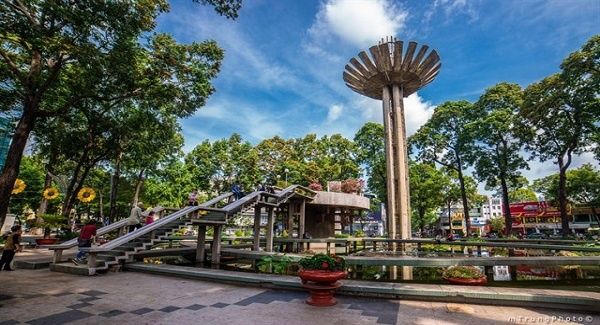 This district is also famous for its rich cuisine from three regions of Vietnam, such as snails, noodle soup with fish sauce, Hue pancakes, mini shrimp pancakes and Vietnamese crepe. When you visit District 3 of Ho Chi Minh City, trying these dishes is a must. 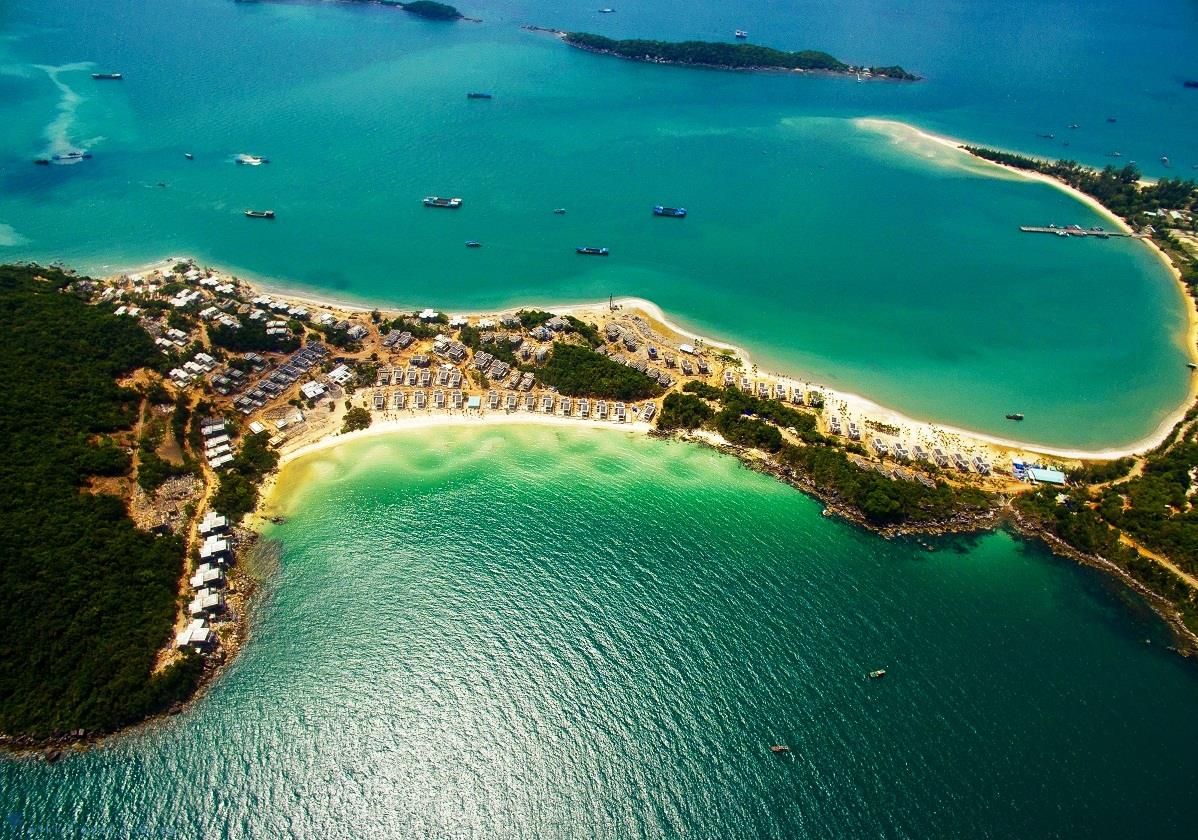 Phu Quoc, also known as Pearl Island, is an island district of Kien Giang province, which has attracted countless tourists due to its enchanting sea and island. In 2020, Phu Quoc was in the top 25 emerging destinations in the world voted by the travel website Tripadvisor. In 2019, Forbes Magazine (USA) placed Phu Quoc in the top six most beautiful beaches on the planet, while CNN put Phu Quoc in the list of 17 top destinations in Asia. 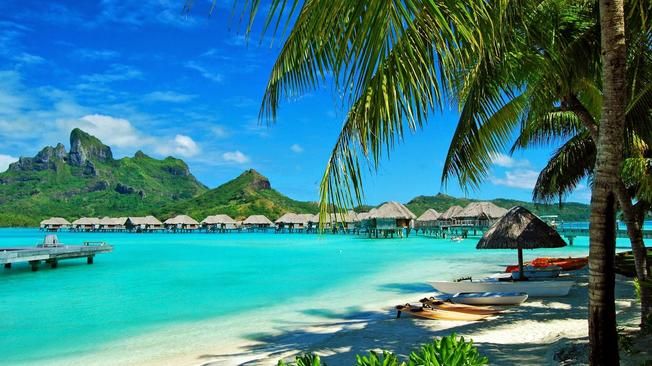 Phu Quoc is the largest island of Vietnam with an area of about 589 square kilometers, which owns not only many beautiful beaches, luxury restaurants and resorts, but also the longest sea cable car system in the world. Phu Quoc is also a familiar destination of many  famous tourists and travel bloggers coming to sightsee and make vlogs about discovering the island. 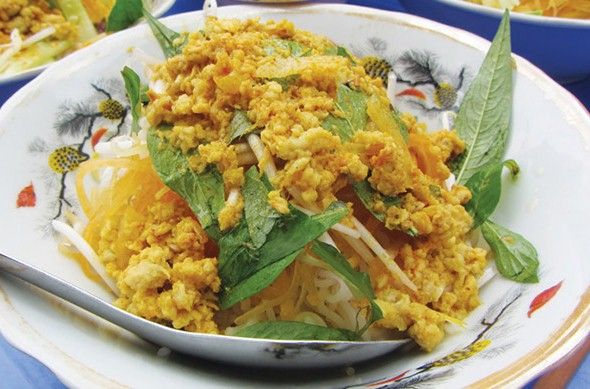 “Ken Noodle” is a specialty only available in Phu Quoc. Photo: dulichkhampha24

Phu Quoc cuisine is also a highlight that attracts both domestic and international tourists. When coming to this island, you must try seafood dishes such as squid steamed with coconut water, steamed fish, fish hotpot, bitter bolete mushrooms, herring salad, grilled urchin and so on. Notably, Phu Quoc is famous for its rustic “Ken Noodle” with the unique flavour of rich coconut milk.

Vietnam not only has the unique Golden Bridge or the magnificent Son Doong cave, but it also draws the attention of international media thanks to the enchanting Phu Quoc island or the diversity of culture and cuisine of District 3 of Ho Chi Minh City. You should definitely visit these impressive destinations to partly understand the S-shaped country.