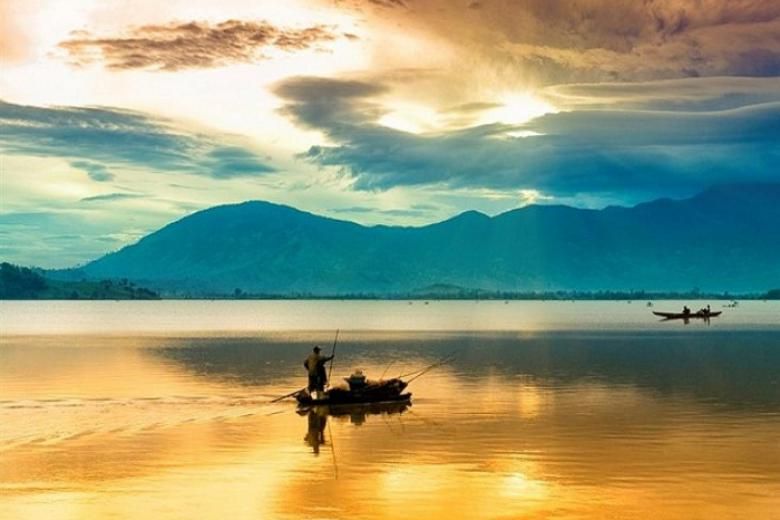 Buon Ma Thuot not only has majestic waterfalls and basalt red dirt roads, but it also has simple but attractive natural destinations.

Watch the sunrise by the Lak Lake

Located in Lien Son town (or Lac Thien) - Lak district, Lak Lake is next to the route between Buon Ma Thuot and Da Lat. About 10km from Lac Thien pass, you can see Lak Lake, which is in front of Lac Thien town. This is the largest natural freshwater lake in Dak Lak province and is also the second largest natural lake in Vietnam (after Ba Be Lake). Around the lake, there are many primeval forests and large mountain ranges. It is also close to the palace of Emperor Bao Dai and the village of M'Nong people. 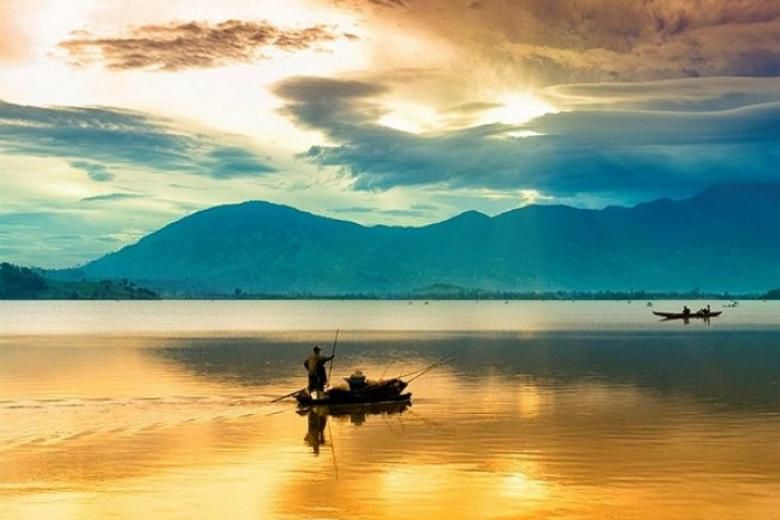 It is said that Lak Lake was created by the hero Lak Lieng from the M'Nong ethnic group. Legend has it that in the past, there was a battle between the Fire God and the Water God. In the end, the Fire God achieved a victory over the Water God. That is why the village of M'Nong suffered from severe droughts. At that time, the God of Fire fell in love with a M'Nong girl. Later on, they had a child called Lak Lieng. When the boy grew up, he managed to find a water source for the villagers as a way to make up for the sins of his parents. On the way, he saved a deer and it returned the favor by leading him to a very large lake. The villagers then followed Lak Lieng to settle down there and named the lake “Lak''. 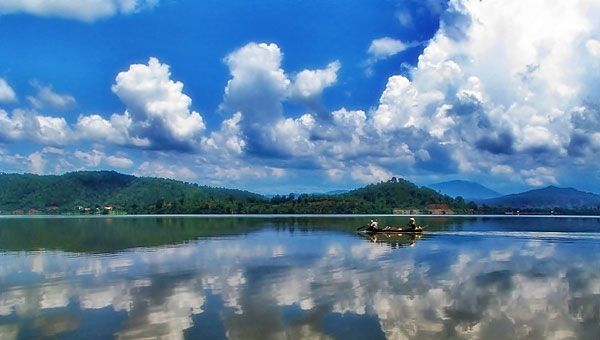 Around the lake are majestic mountains and primeval forests. Photo: tintravel

The lake has a depth of about 5-7m and it covers an area of about 6km2. Lak Lake is often compared to the beauty of an ethnic young woman - both wild and seductive - with attractive curves. Around the lake are majestic mountains and primeval forests with a rich flora. All of them create a harmonious and lively scenery. 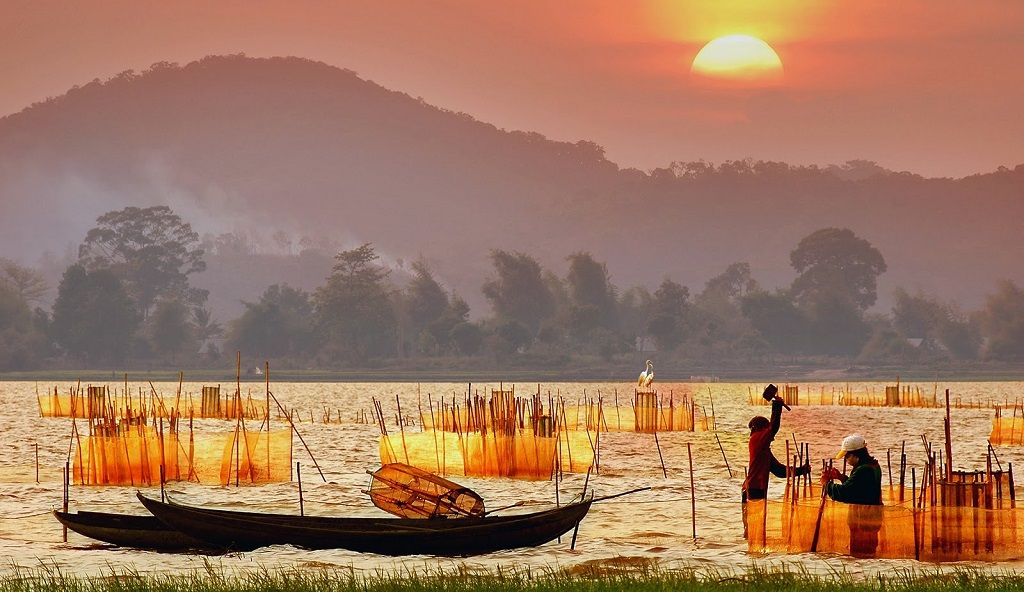 Lak Lake is peaceful and poetic in the heart of the Central Highlands. Photo: youvivu.com

Lak Lake is perhaps most beautiful at dawn. Like a slow-motion movie, standing by the lake, you will have the opportunity to admire the beauty of nature when the sun behind the mountains slowly rises, bringing the first rays of a new day into the earth and lighting up the water surface. When the lake sparkles with golden light, you will fall in love with the scenery at first sight. Coming to Lak Lake early in the morning, you can also have the opportunity to witness the life of local people. On the boats on the lake, they catch fish and call each other with simple smiles.

When visiting Lak Lake, you can also visit Jun village, M'Lieng village (the oldest one), Le village and other typical villages of the M'Nong ethnic group. These villages are grouped into a tourist destination in Dak Lak to help visitors better understand the indigenous culture of the Central Highlands. 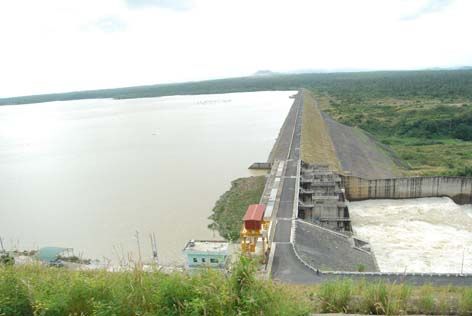 Buon Kuop Hydropower Plant does not have too many outstanding points to become a tourist destination, but the roads leading here are extremely attractive. These long roads can “take you” across vast valleys, ravines, cliffs and rivers. All of them create a poetic and majestic picture of nature, which will definitely leave you a strong impression. 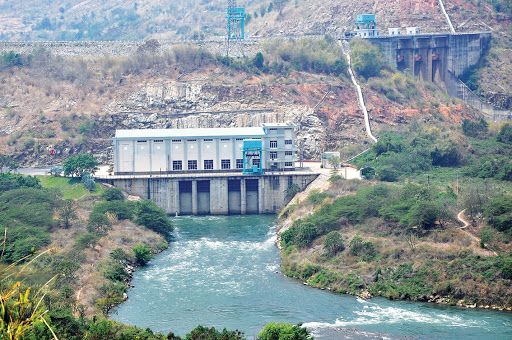 Admiring the coffee flowers in the sunshine of March

March - the time when bees make honey - is believed to be the best time to travel to Buon Ma Thuot, which is located in the center of the Central Highlands and is famous for its immense coffee fields.

Coming to Buon Ma Thuot around this time, you can admire the pure beauty of the white coffee flowers, which bloom like snowflakes “clinging” to the strong coffee branches. The white colour of coffee flowers, the green of coffee leaves and the typical colour of red basalt soil create a wonderful scenery. 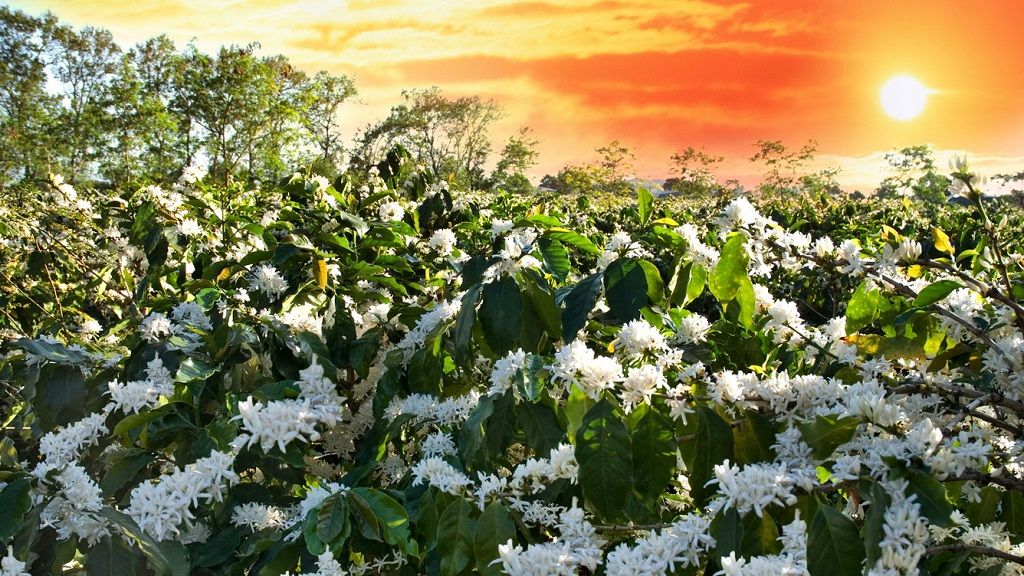 Coffee flowers can only bloom in about 7-10 days and, despite the short period of time, has become one of the unique natural features of Buon Ma Thuot. In addition, its scent attracts a lot of bees and butterflies, bringing energetic sounds and creating a beautiful picture of nature.

The scent of coffee flowers attracts a lot of bees and butterflies. Photo: tripi.vn

Buon Ma Thuot is famous for its simple and wild beauty, which may explain why visitors coming to Buon Ma Thuot are very excited with nature and the people here.