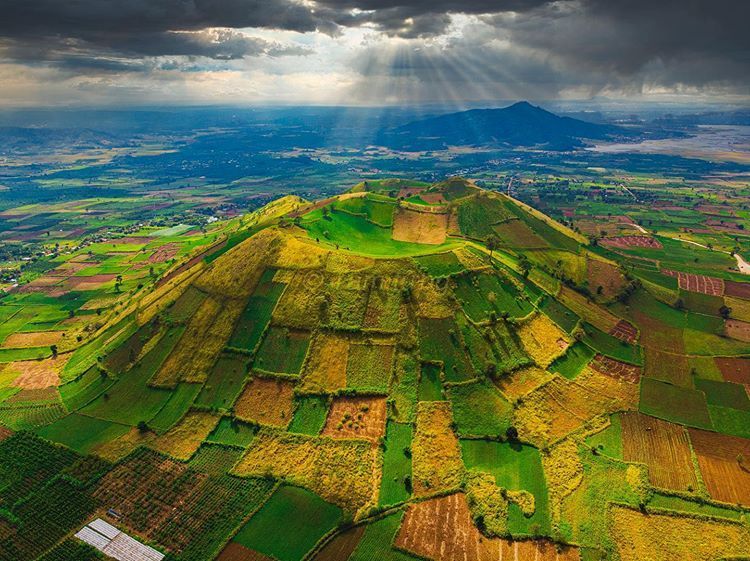 Having been inactive for millions of years, Chu Dang Ya volcano now has a majestic beauty with lush green trees all year round and a poetic look when the wild sunflowers bloom.

The wild and romantic beauty of Chu Dang Ya volcano

Chu Dang Ya volcano is located in Ploi Lagri village, Chu Dang Ya commune, Chu Pah district - about 30km to the northeast from the center of Gia Lai and 20km from the famous Bien Ho tourist destination. This is a volcano that has been inactive for millions of years. 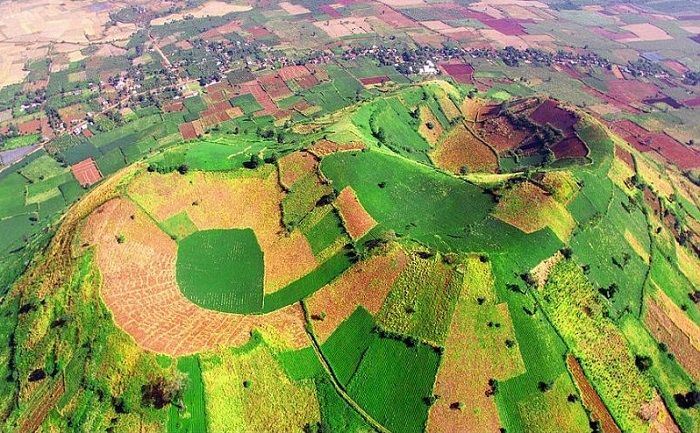 Chu Dang Ya volcano has been inactive for millions of years. Photo: dulichvietnam

According to the locals, Chu Dang Ya in J'rai language means "wild ginger". If T'nung Lake in Pleiku is a famous tourist attraction, Chu Dang Ya volcano is “hidden” among the majestic mountains of the Central Highlands and less known. Viewed from above, the volcano looks like a giant funnel with a hollow round crater and a fertile red colour that has been created by layers of lava over millions of years. 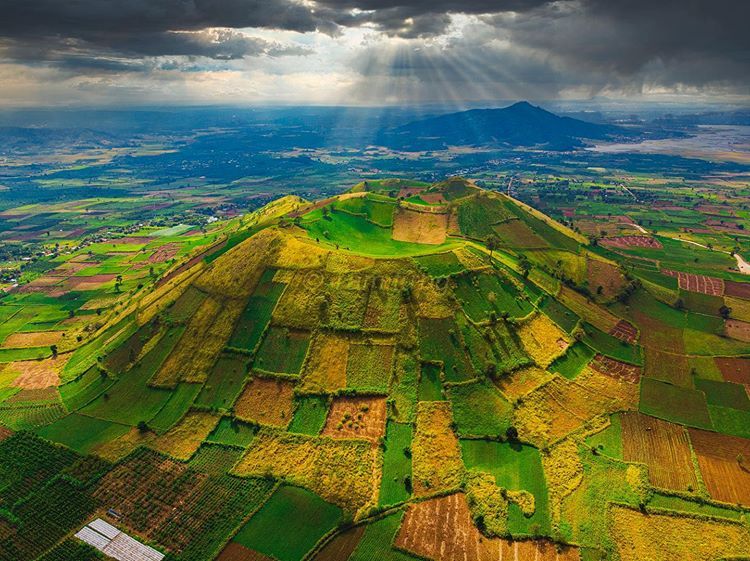 Viewed from above, the volcano looks like a funnel. Photo: @vincentymx 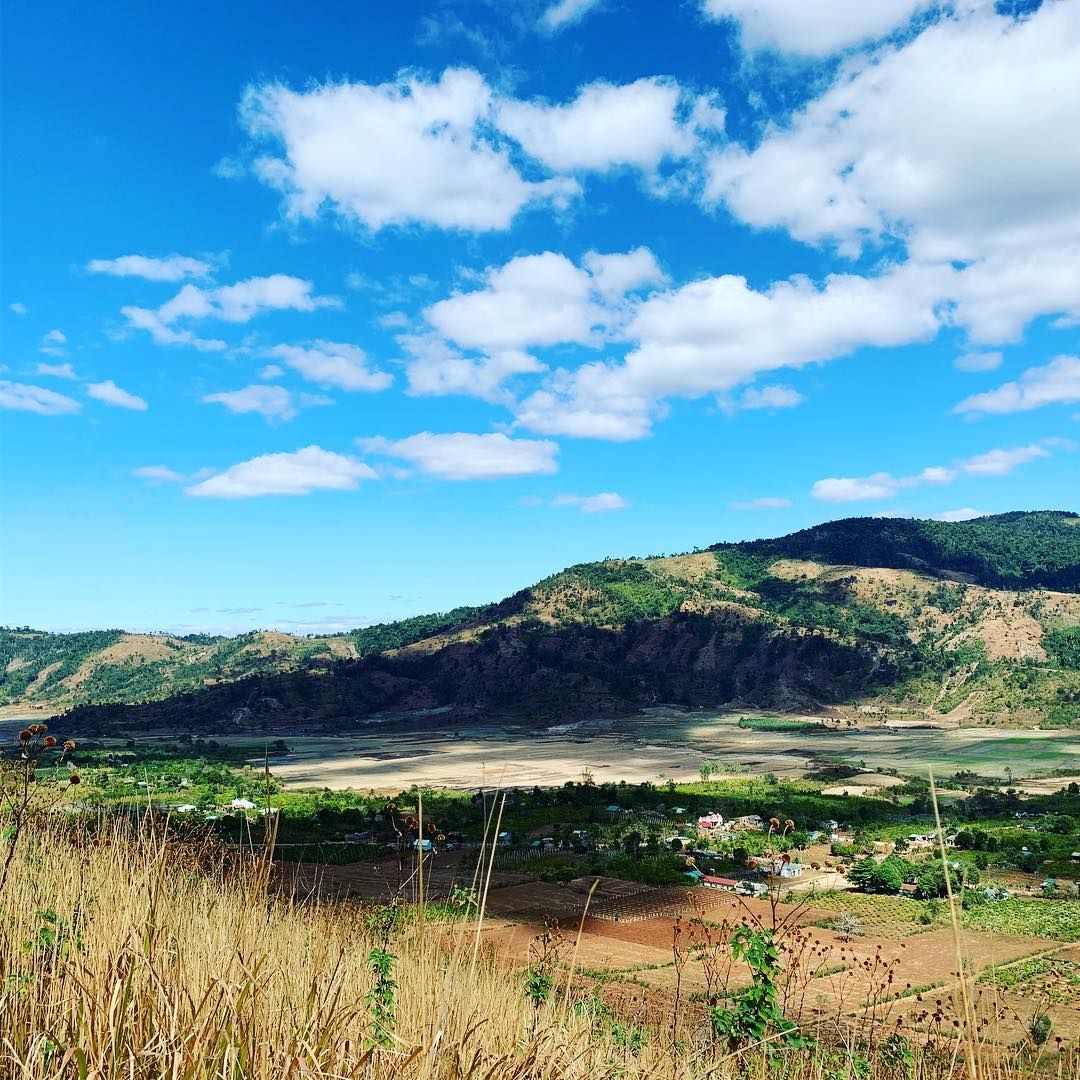 The wild and majestic beauty of the volcano. Photo: @beanpluscafe

Taking advantage of the fertile soil at the foot of the volcano, indigenous people often grow crops such as corn, potatoes, pumpkin, edible canna, etc. as a source of food. Therefore, Chu Dang Ya has the idyllic beauty of potato fields, cornfields or clumps of edible canna. Surrounding Chu Dang Ya are pristine forests that make the scenery here even more spectacular. Although the temperature on the mountain is always 1-2 degrees higher than those in other places in Gia Lai, the trees around here grow well. 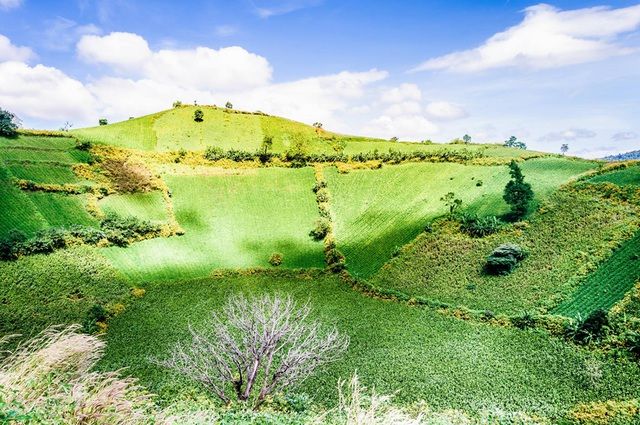 Although the temperature on the mountain is always 1-2 degrees higher than those in other places in Gia Lai, the trees around here grow well. Photo: dantri 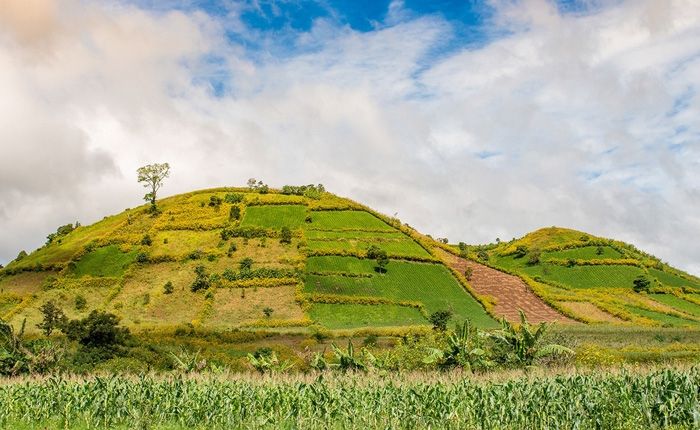 The volcano in the wild sunflowers season. Photo: baohaiduong

The highlight for Chu Dang Ya mountain is the “blend” of flowers and weeds. Among them, the most prominent is the wild sunflower, which is also known as chrysanthemum. This kind of flower belongs to the daisy family, has an orange colour, and usually blooms in November in the Central Highlands. In Chu Dang Ya, wild sunflowers will be more colourful and have a longer season as they grow on the fertile red soil of the volcano. These flowers bloom all over the volcano, creating a gorgeous picture of nature in the sunlight. At the same time, they also bloom in the lakeside or along the stream, creating impressive yellow “carpets”. 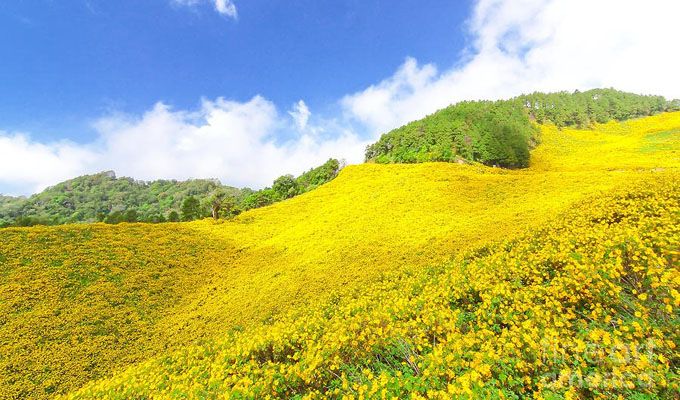 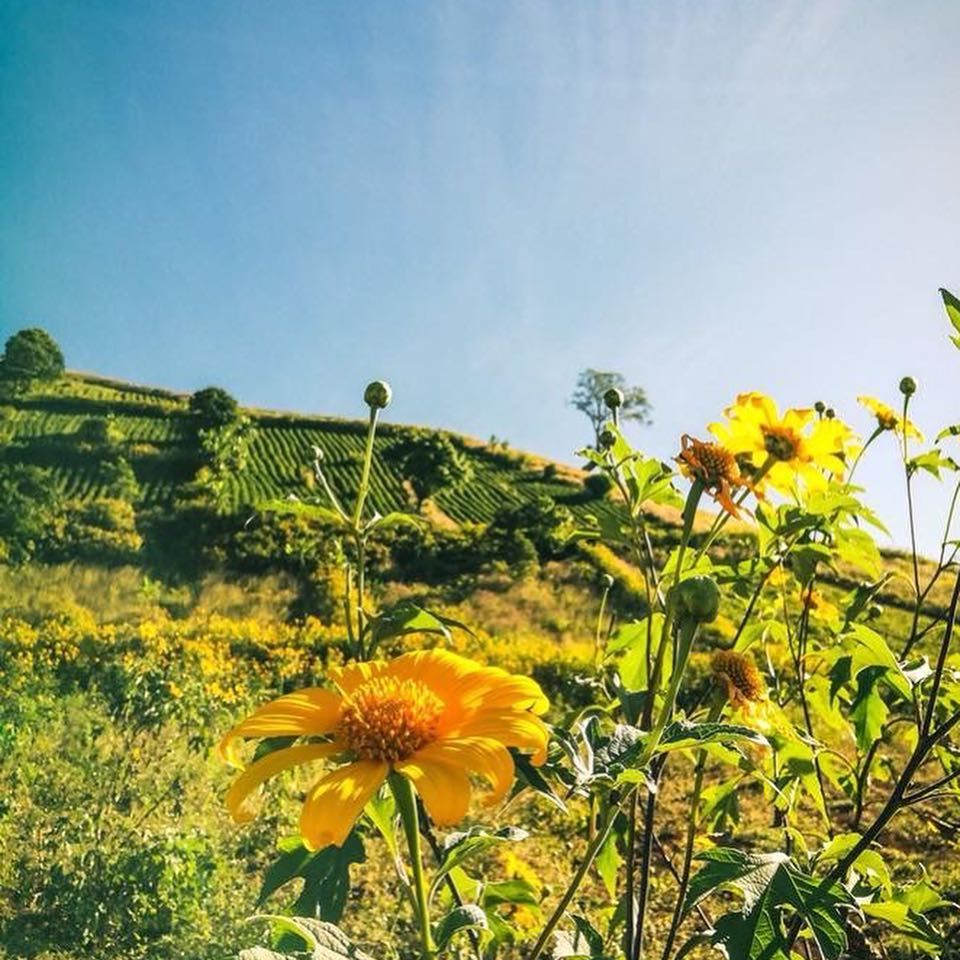 The wild sunflower season at Chu Dang Ya gives many visitors a sense of being lost in a dreamy paradise. Photo: @ha.thanh.

When visiting Chu Dang Ya volcano, you can have the opportunity to participate in the Wild Sunflower Festival. In 2018, the festival was held from November 10 to 13, at the communal house of Ia Gri village, Chu Dang Ya commune, Chu Pah district. The attraction of this festival is the activity of paragliding and watching wild sunflowers from Chu Dang Ya volcano. The festival also has many other exciting competitions of knitting, sculpting, brocade weaving, photo, poetry, and conquering the top of Chu Dang Ya mountain. You will have the opportunity to admire the original New Rice Festival of the Gia Rai ethnic group as well as participate in funny games of stick-pushing, stilt walking, tug of war and so on. 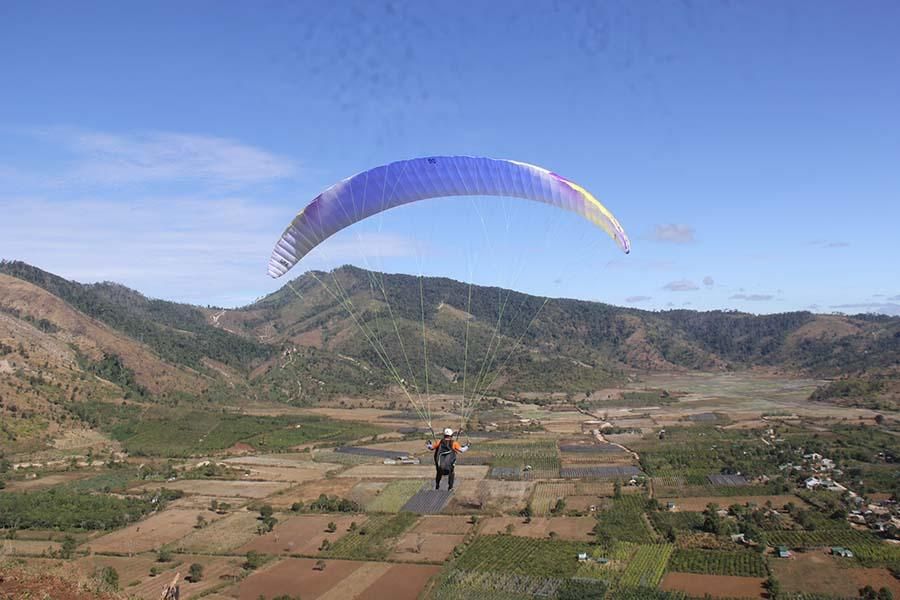 The way to Chu Dang Ya

From Hanoi to Pleiku, the ticket price ranges from VND 1.5-2 million/one-way.

The distance from Pleiku airport to Pleiku city center is about 7km, so you can choose to travel by taxi or motorbike taxi. 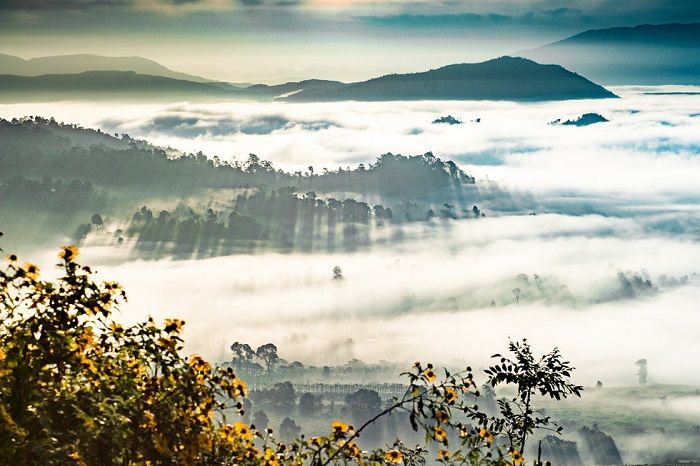 The distance from Pleiku city to Chu Dang Ya volcano is about 24km, so you can choose the forms of motorbike taxi, taxi or self-drive car rental.

Chu Dang Ya volcano not only has the typical majesty of the mountains and forests of the Central Highlands, but it also has poetic and romantic features when wild sunflowers are in full bloom. This is definitely a destination not to be missed for those who love to explore nature.