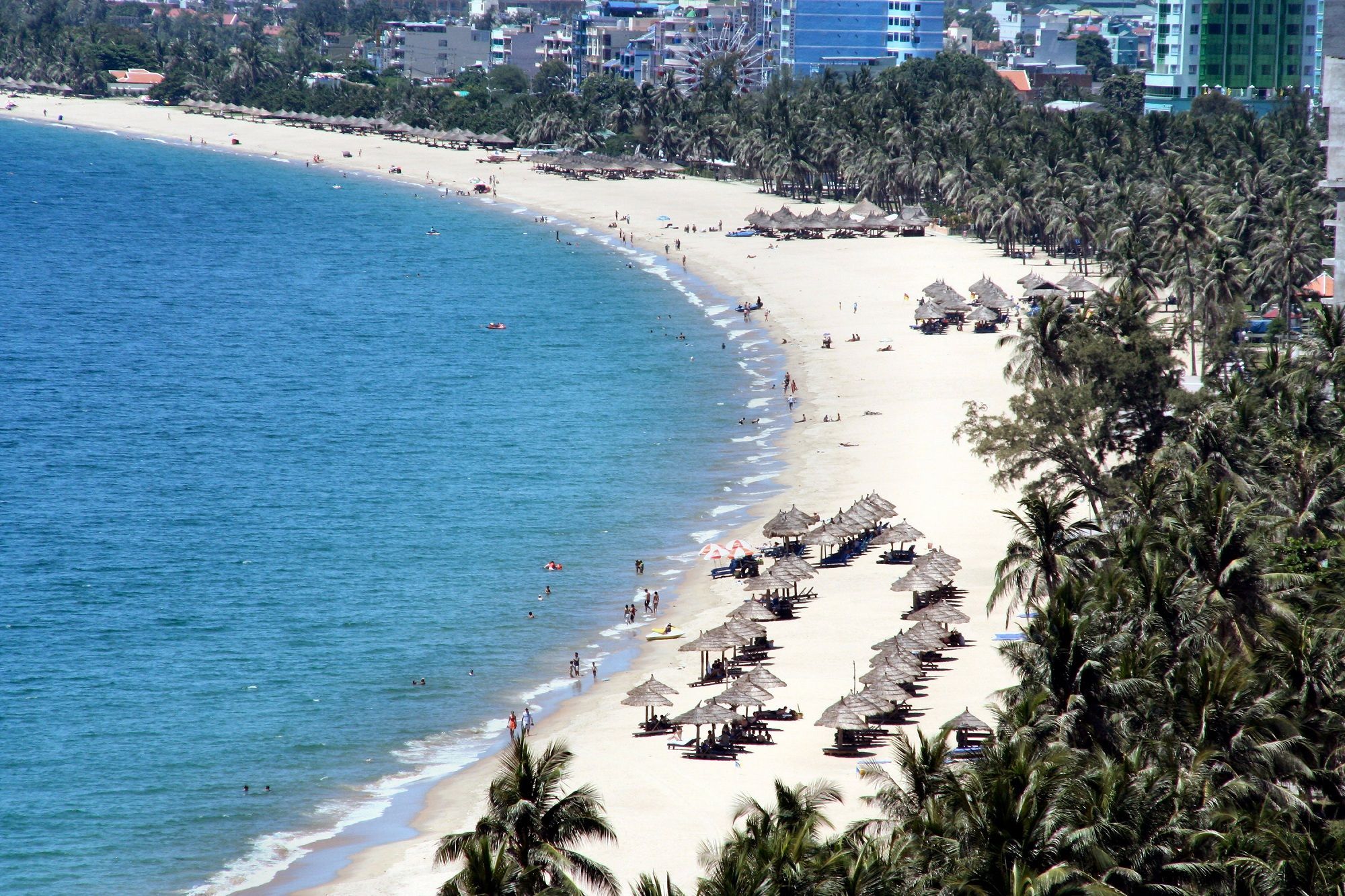 Da Nang city with sea, mountains, rivers and many beautiful scenes from nature to man-made has captivated many domestic and international tourists. Here are the things that have created the attraction of the most livable city in Vietnam.

Top 20 cleanest cities in the world 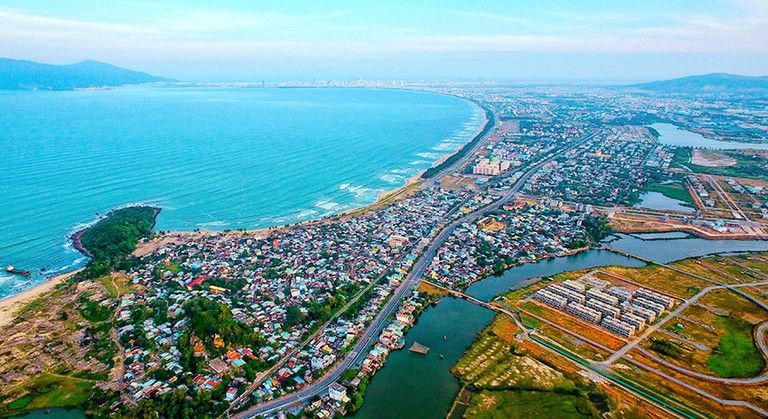 Da Nang is ranked as one of the 20 cities with the lowest carbon emissions in the world. Photo: thanhnien

Da Nang has been recognized as 1 of the 20 cities with the lowest carbon content in the world (ranking published at the 44th Energy Conference of the Asia-Pacific Economic Cooperation - APEC - in Washington, 2012). This is one of the compelling reasons as to why Danang is regarded as the most livable city in Vietnam. 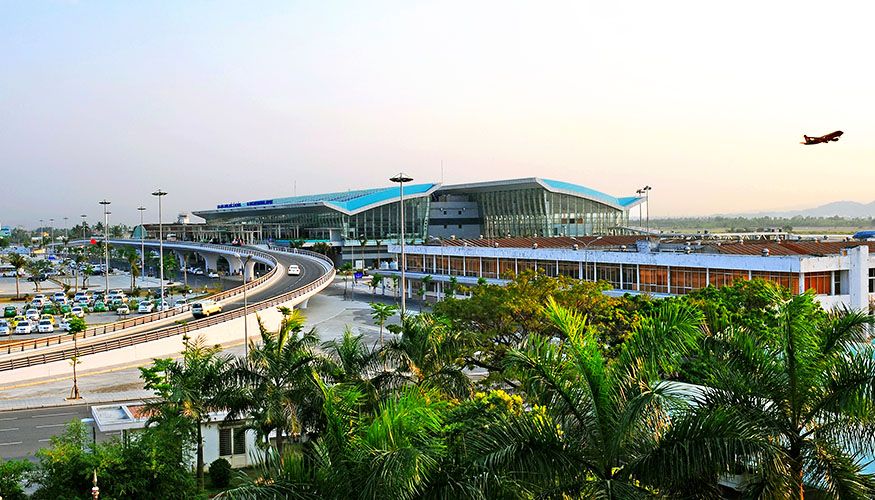 According to the result from a survey on  prestigious airlines by Dragon Air (Hong Kong), Da Nang international airport was ranked in the top 3 best airports in the world out of 96 airports surveyed. This is the largest airport in the Central and Central Highlands of Vietnam as well as the 3rd largest in Vietnam. Located in Hai Chau district, 3 km from the center of Da Nang city, the airport covers an area of 842 hectares, in which the area of civil aviation is 150 hectares.

Da Nang International Airport was constructed in 1940. From the Vietnam War to 1975, this was an air base of the US and the Air Force of the Republic of Vietnam. At that time, this was one of the busiest airports in the world.

Da Nang was voted in the top 10 most attractive destinations in Asia by Smart Travel Asia magazine in 2013. The destinations you should visit when coming to this land are: 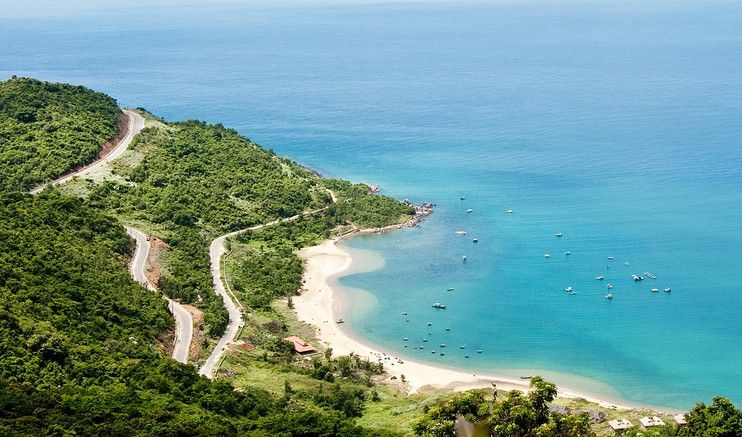 Son Tra peninsula: Where you can enjoy a panoramic view of Da Nang from above - majestic mountains and rivers, immense and spacious sea, the busy life of people, etc - which creates a harmonious picture between nature and humans.

Ngu Hanh Son Mountain: also known as Non Nuoc Mountain - located at Hoa Hai ward, Ngu Hanh Son district, about 8km from Da Nang city center. This place has 5 limestone mountains on a coastal sandy beach, namely Moc Son, Thuy Son (largest, tallest and most beautiful), Tho Son, Kim Son and Hoa Son (with two mountain peaks: Duong Hoa Son and Am Hoa Son). In April 1825, King Minh Mang went to Ngu Hanh Son for the first time, but it was not until 1837 that the mountain was named by the king. According to some information, the name “Ngu Hanh Son” is based on the five elements of the theory of yin and yang. Coming here, you can not only visit the caves but also enjoy the fresh natural air, visit and buy traditional stone handicrafts in this place.

The Golden Bridge is one of the man-made works of Da Nang that attracts the world's attention. Photo: Expedia.co.uk

Bridges: Danang is the “home” to many beautiful bridges in Vietnam. You will be able to admire the unique architecture of the Han River bridge, watch the Dragon Bridge spit fire/water, have romantic moments at the Love Bridge, visit the historic Nguyen Van Troi bridge, or admire the unique design of the Golden Bridge that attracts the attention of world media. 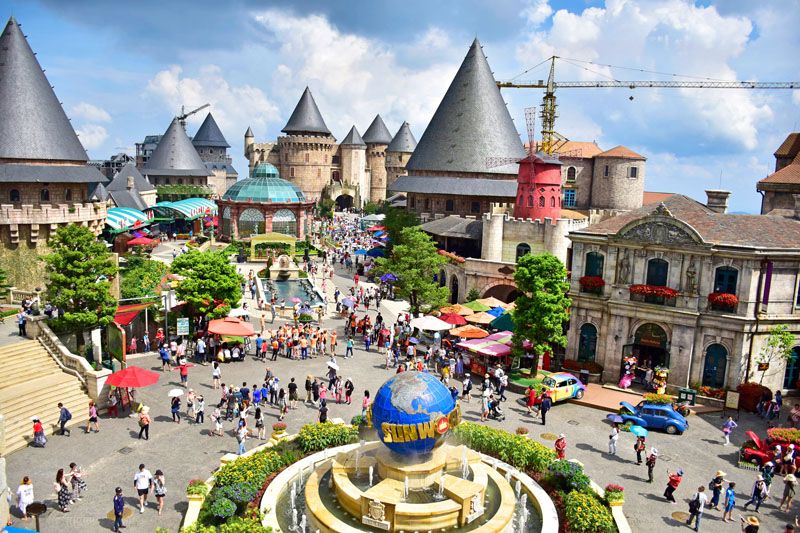 Ba Na Hill: is regarded as "the way to heaven" because you can completely ignore the hustle and bustle of the city to enjoy the fresh air here. Ba Na is chosen by many couples as their destination for wedding photography thanks to the beautiful natural scenery, colorful flowers, and works featuring the European architecture. Ba Na also has a professional entertainment system and luxury resorts, which can bring you a complete holiday. 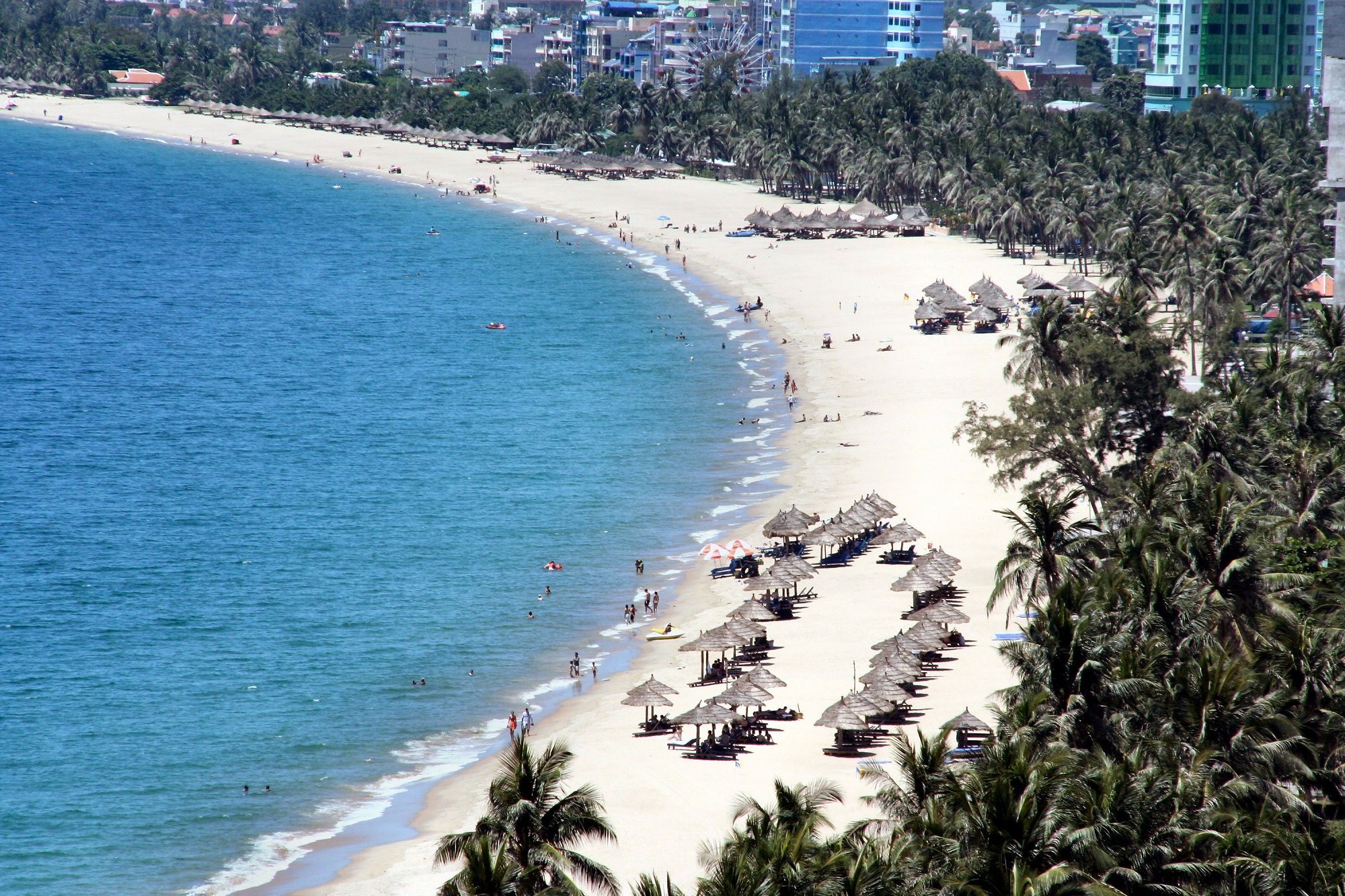 My Khe Beach: If you come to Da Nang, going to the beach is a must, and My Khe Beach should be prioritized. The beach was in the top six most attractive beaches on the planet voted by the prestigious Forbes magazine in the US in 2013. My Khe is considered to be safe for visitors, convenient for traffic, with a long and beautiful sandy stretch. With a lot of sunlight and soothing waves, it is also very suitable for sports activities on the beach and under the sea. Around the area, there are a lot of resorts, luxury villas with international standards, etc. and especially some services are free of charge. 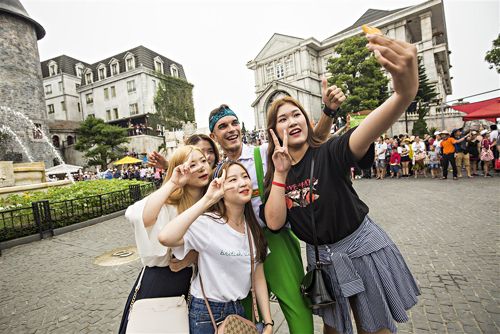 If you go along the streets of Da Nang, you will easily encounter a variety of free services such as: free wifi, free parking, free drinking water, free meals and free car repair services for the poor. These small things in the chaotic world partly improve the life quality of local people, representing the warmth of human love.

You can feel the friendliness and warmth in the way of life of Danang people through their daily stories or their enthusiastic manner of showing the way. 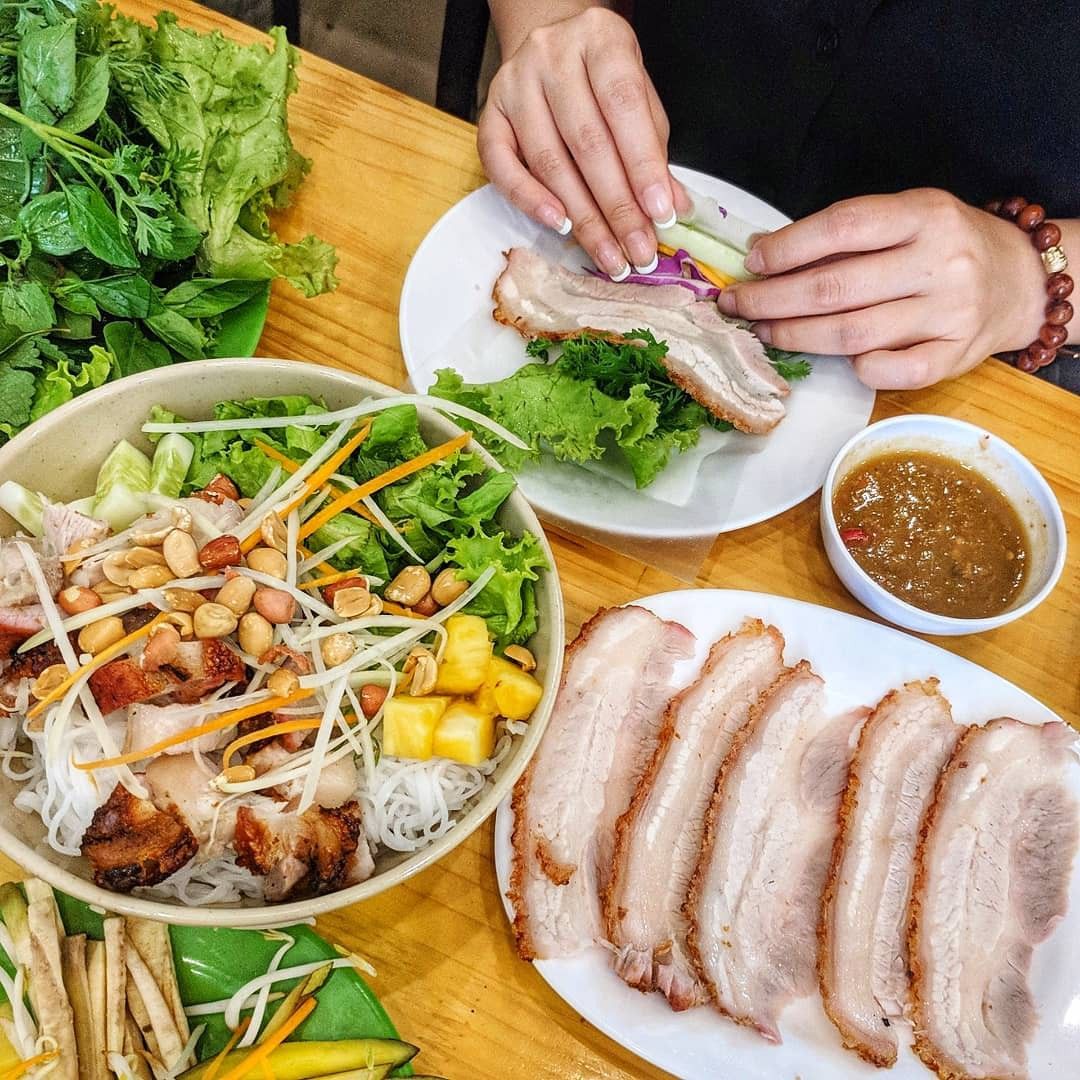 Pork rice paper rolls is one of the famous specialties of Da Nang. Photo: afamily

Coming to Da Thanh, you will be impressed with countless specialties such as: Pork rice paper rolls, Quang noodles, Rice vermicelli with fish sauce, Vietnamese crepe, grilled pork with vermicelli and so on. They are all popular dishes with simple ingredients, but the harmony of the taste will surprise you. The prices for these dishes are also very low, usually ranging from VND 20,000 to VND 35,000/serving. You can also buy a lot of food as gifts such as: “tre”, fried squid, dried seafood, etc.

Da Nang not only has enchanting beaches and green islands, but it also has impressive architectural works and the friendliness and warmth of the local people. Coming to this land once, you will probably linger and desire to come back.