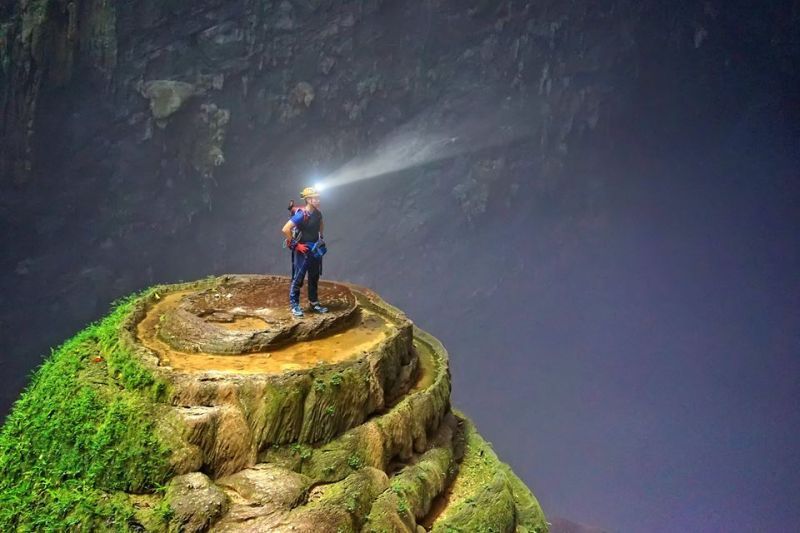 For tourists who are passionate about discovering the mysterious beauty of the underground, Nem-vn.net believes that they will be amazed by these 7 caves in Vietnam.

Vietnam has always been known by international visitors for its long history, diverse cultures, unique cuisine, majestic landscapes and beautiful beaches. With a massive limestone mountain system located in the typical monsoon tropical climate in Vietnam, thousands of caves in both large and small sizes have been created. For tourists who are passionate about discovering the “mysterious underground beauty”, Nem-vn.net holds a strong belief that they will be amazed at the mysterious natural beauty of the 7 caves below.

Va and Nuoc Nut Cave is located in the Phong Nha - Ke Bang cave complex, which was discovered in the middle zone of Phong Nha - Ke Bang National Park - a famous tourist destination in Quang Binh province. To come to Va and Nuoc Nut Cave, visitors will need to be very fit and in good health as you are required to walk along a 10 kilometer road through the wild jungle, climb over rocks and cross underground rivers. 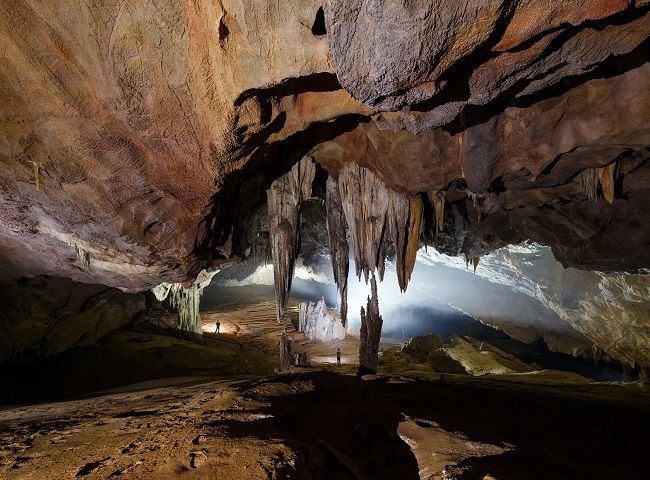 As these two caves are adjacent to each other, visitors can admire a very interesting space while exploring. The small path, which is mostly covered by dense old leafy trees and vines on the entrance of the cave, will make visitors feel like they are going to step into another world as soon as they "lift the leaf curtain". Inside the cave, you can admire the surreal beauty of limestone stalactites glistening through the cold steam rising from the lake surface, making the space even more sparkling and fanciful, like a paradise on the earth. 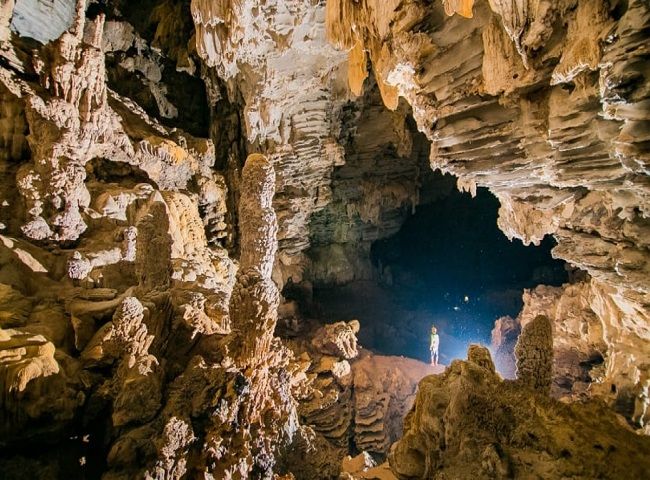 Thien Duong Cave is located in the ecological rehabilitation forest sub-region of the limestone core zone of Phong Nha - Ke Bang National Park. Thien Duong is regarded by experts as the longest dry cave in Asia with a length of 31.4 kilometers and a width with room to accommodate a whole jet aircraft! 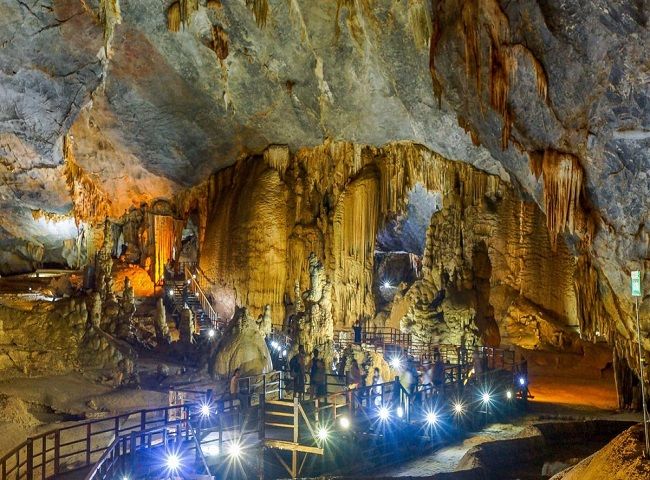 This place is favorably called by another name: "royal underground palace", because the scenery inside is known as the one of the most magnificent and magical wonders in the world. Visitors can explore Thien Duong Cave in two ways, first of which is to walk along the wooden staircase, which is the longest wooden stair system in Southeast Asia. By choosing this way you will only be able to explore the first kilometre of the cave. The second way is exploring the cave with the length of 7 kilometers with a personal flashlight.

The final destination after exploring 7 kilometers of the cave can be found by travelling through the beautiful Gieng Troi (Sky Well). Thanks to Gieng Troi, the atmosphere in the cave is extremely cool - different from the hot weather of Quang Binh. Inside the expansive Thien Duong Cave, visitors can enjoy the shimmering stalactites illuminated by the light and imagine countless unique and magical shapes. 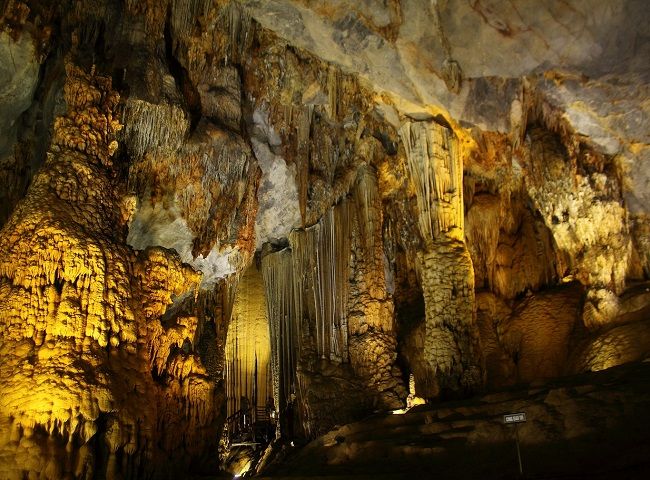 Thien Duong Cave  - the palace in the ground. Photo: truyenhinhdulich.vn

Son Doong, which is considered the largest natural cave in the world with an estimated volume of up to 38.5 million cubic meters, is a natural cave in Tan Trach commune, Bo Trach district, Quang Binh province, Vietnam. It also belongs to the Phong Nha - Ke Bang complex and is a part of the underground cave system connecting more than 150 other caves in Vietnam near the border with Laos. 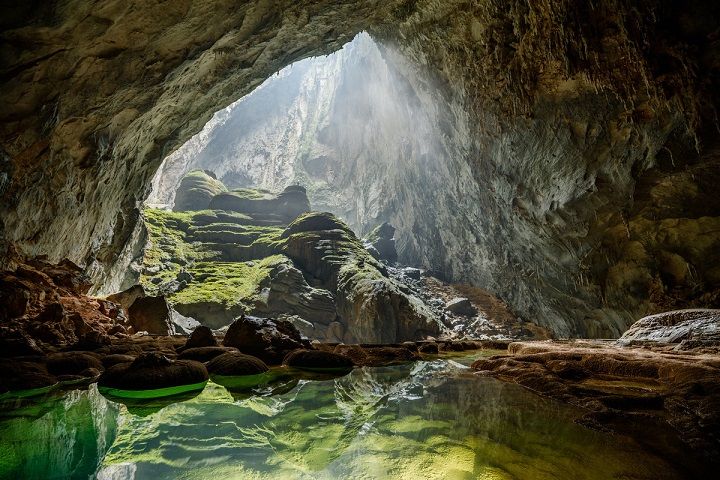 Inside Son Doong is the system of stalactites and "pearls", which are the largest in the world. Over millions of years experiencing external influences, Son Doong owns stalagmites up to 70 meters high. In addition, deep inside the cave, people can also discover two more sky wells bringing light into the cave and creating magical spaces. Besides, visitors can enjoy the beautiful tropical forest with unique vegetation, which is said to have existed for millions of years. 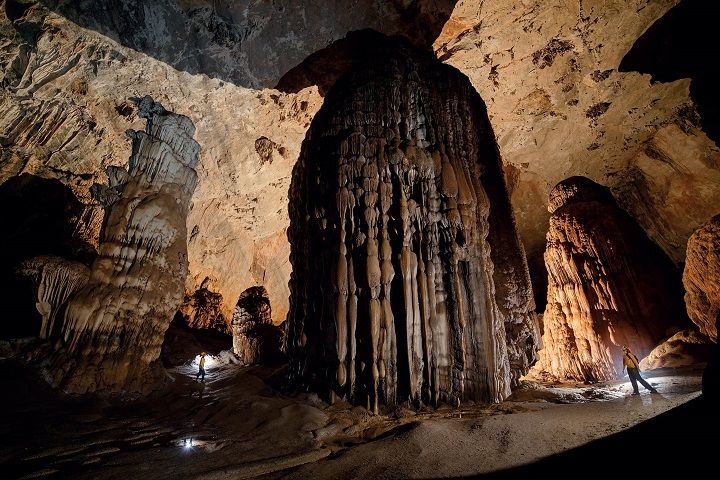 To be able to win a slot to explore Son Doong and Hang En, you need to register in advance. This expedition only allows a certain number of people (about 1,000 guests per year) and takes place in the dry season only, from January to August every year. This cave was mentioned by President Obama when he was discussing environmental protection issues during his visit to Vietnam in 2016. It was also complimented by international tourists as one of the most wonderful places in the world.

Located on Bo Hon island, Sung Sot Cave (belonging to the cave complex of Ha Long Bay world natural heritage) covers an area of more than 10,000 square meters with many stalactites and stalagmites in various shapes which leaves visitors amazed like its name. 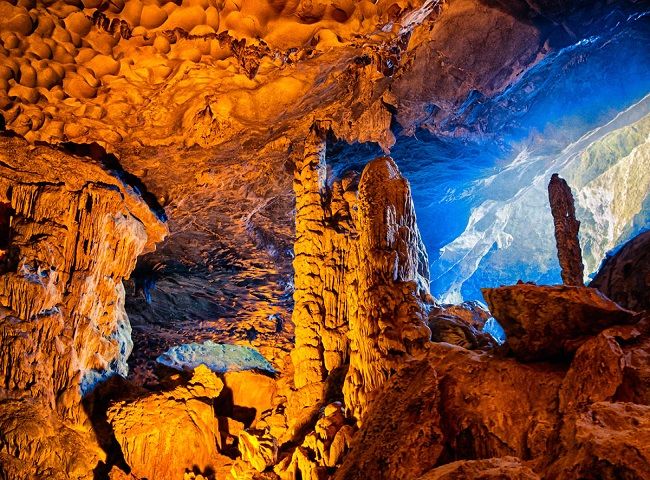 Inside the cave are two main compartments: The outer one which features very high with many stalactites falling from above, and the second which has a vast and spacious area with a curved roof, making visitors think about the architecture of the giant medieval Opera House. In addition to the many unique stalactites, of which many are shaped similarly to animals and plants, Sung Sot will also leave you satisfied with the beautiful garden, sparkling lake, trees, birds and vivid flowers as if you were in a fairyland. Nem-vn.net is sure that when exploring Sung Sot cave, you will experience “surprises to surprises”.

Huong Tich Cave is located in Huong pagoda, which is more than 2,000 meters high from Thien Tru Pagoda. With a height of 390 meters, it is considered the center of the scenic area of Huong Pagoda and is known as the "most beautiful cave in Vietnam". From the entrance of the cave, visitors have to go through 120 stone steps, all of which are neatly arranged; to the two sides of green forests, the cave will make you feel "lost in a fairyland". 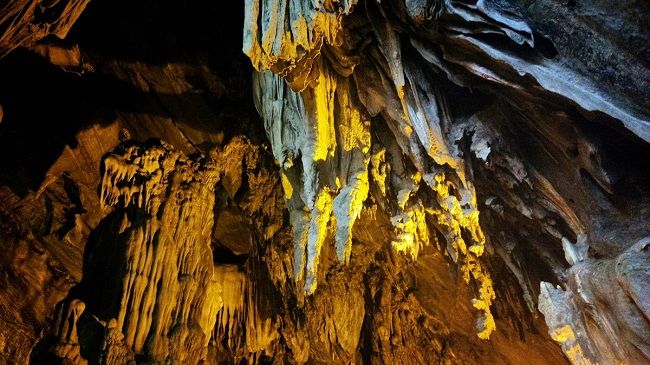 From a distance, visitors will see Huong Tich, which resembles a dragon head playing a pearl. The stalactite in the middle of the cave - Dun Gao - is the dragon's tongue; large blocks of stalactites falling down from the ceiling are like dragon teeth, while the small, round and beautiful mountain from the cave entrance is considered a pearl.

Tu Lan is located about 70 kilometers from Phong Nha - Ke Bang National Park, next to the village of ethnic minorities Tan Hoa, and this system includes more than 10 different large and small caves in its system. To reach Tu Lan, visitors need to cross green fields of corn and peanuts, as well as a pristine forest among giant limestone mountains. 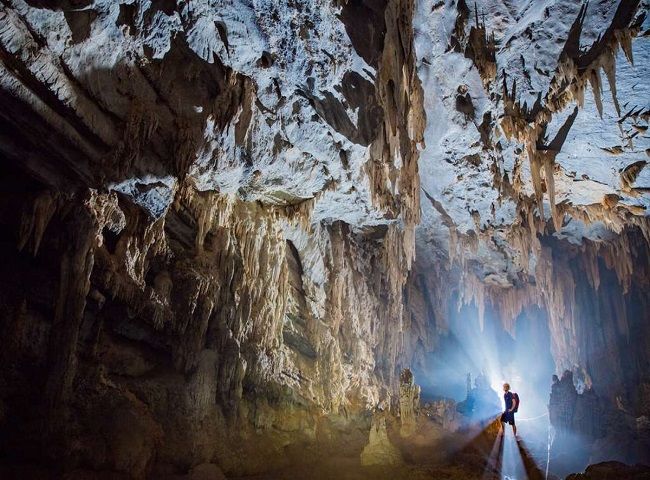 Tu Lan has been known by international tourists since it was featured in the blockbuster movie "Kong: Skull Island". The movie brought many visitors here, because of their curiosity and desire to explore the magical and vivid scenery inside the cave; but when visitors arrived at Tu Lan, they found that the scenery was even much more beautiful than what they imagined and saw in the movie.

The last position in the top seven caves is Luon cave. Although its size is smaller than those mentioned caves, such as Sung Sot, this does not weaken Luon cave’s mysterious beauty. It is not an exaggeration to say that Luon opens up a secret world in Ha Long Bay. 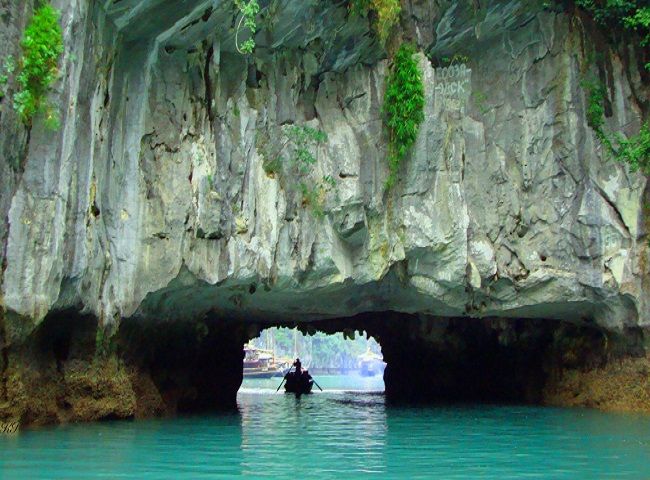 Going through the cave entrance, you will see a round and extremely peaceful lake surrounded by perennial trees and overgrown vines accompanied by cliffs. On the cliffs, you may even have the chance to spot the monkeys racing up and skilfully swinging between the trees.

In addition to the 7 caves above, Vietnam still has many other beautiful caves that you should make full use of your time and conditions to enjoy! Nem-vn.net hopes you will have a perfect and interesting adventure journey with the provided information.