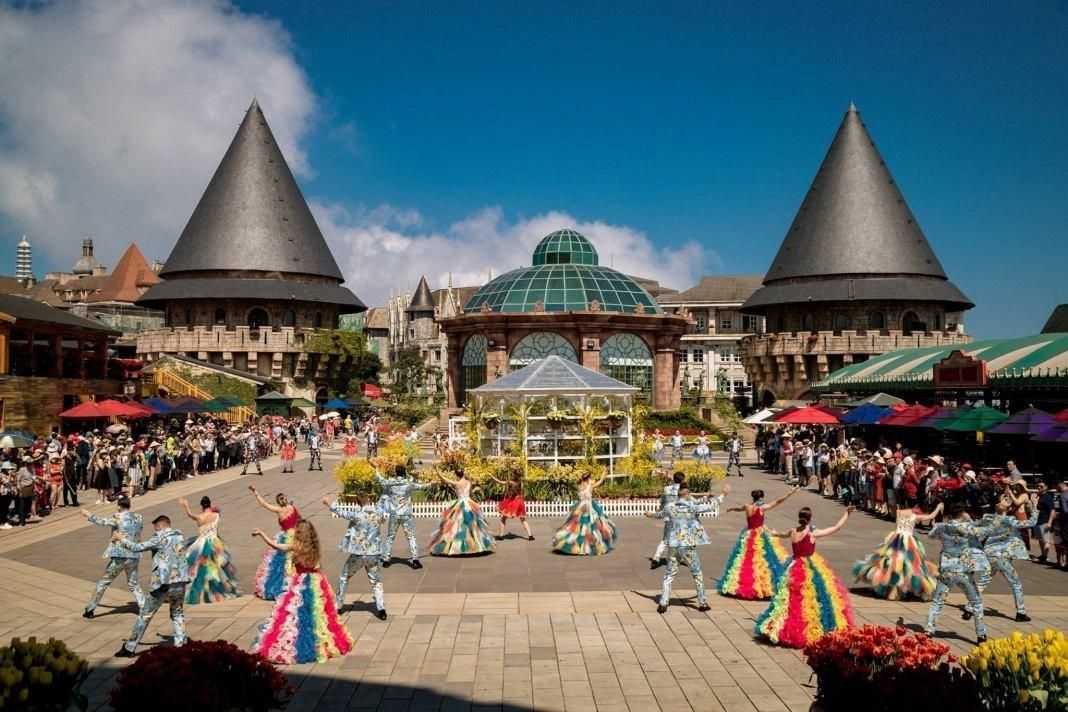 The two most bustling places of entertainment in Da Nang city

Not only does Da Nang have enchanting landscapes of mountains, deltas, blue sea, golden sunshine, but it is also known as a "paradise" of entertainment. When coming here, you should not ignore the following two extremely bustling places of entertainment to have the most relaxing and happy moments.

In Da Nang, Ba Na Hills is an attractive tourist destination and it can definitely bring you the most memorable experiences. 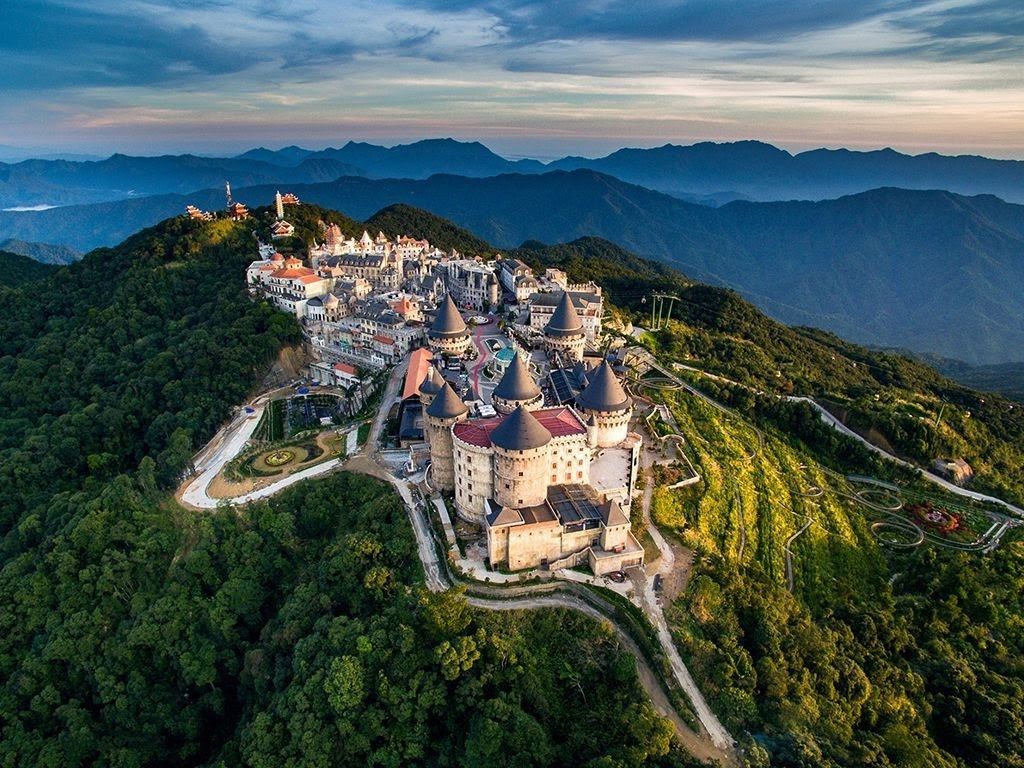 A panoramic view of Ba Na Hills from above. Photo: pernt.net 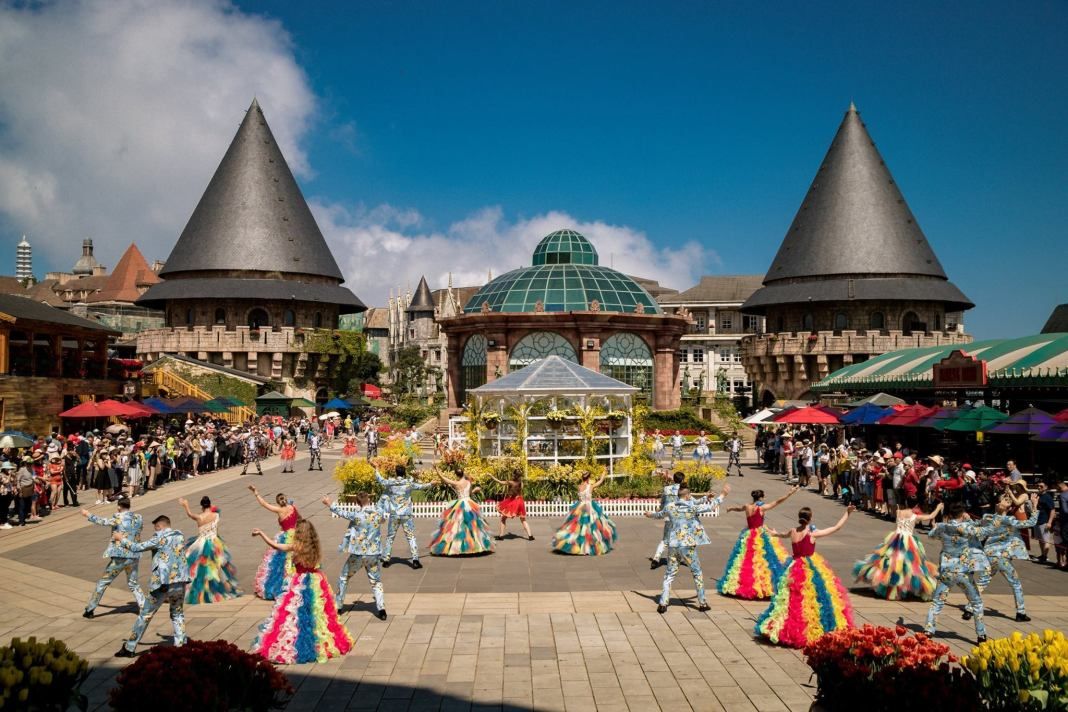 Ba Na Hills is located at an altitude of 1,487m above sea level, in Hoa Vang district, about 25km to the southwest of Da Nang city centre. This place is likened to "a fairyland", "the climate pearl" or "a miniature Europe in the middle of Vietnam". With a modern, free yet sophisticated European-style architecture, Ba Na Hills has an enchanting space with a number of amusement parks as well as brilliant flower gardens. 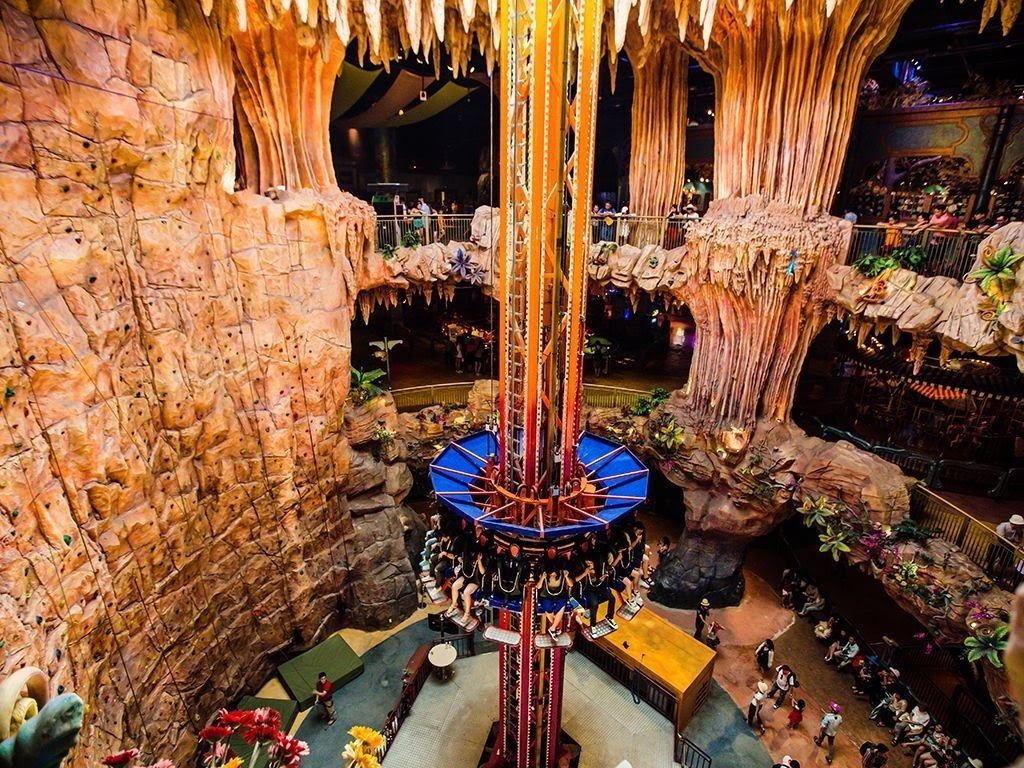 Fantasy Park, which is the largest indoor amusement park in Asia with a total area of up to 21,000m2, is the first destination that cannot be ignored. When coming here, you will be able to experience hundreds of interesting games such as Skiver Pilot, Jurassic Park, Drop Tower, Haunted House, Outrun Racing and 4D Death Race. In addition, Fantasy Park has a food court with a variety of Asian - European dishes, which can meet the needs of a large number of domestic and international tourists. 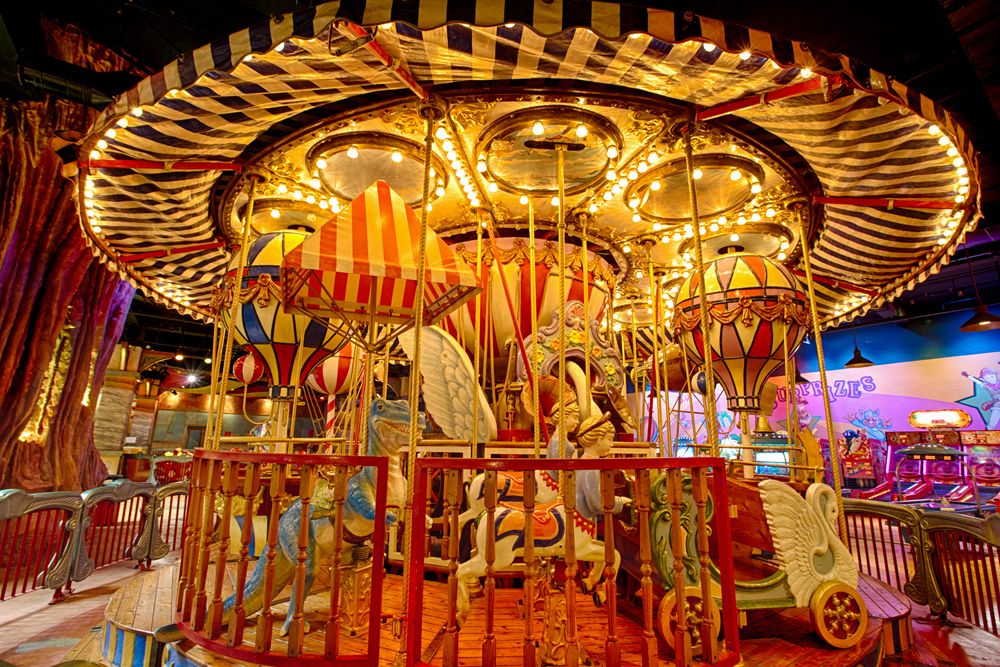 Cau Vang (Golden Bridge) is one of the famous bridges in Ba Na Hills, which connects the cable car station with other gardens of the resort. The bridge has a length of 150m, a width of 3m wide and is built on an altitude of 1,400m above sea level. The highlight of the bridge lies in two hands carved from stone that look like they are supporting the whole bridge. Standing on the Golden Bridge, you can admire majestic green mountains and immerse yourself in this peaceful space. In 2018, The Guardian (UK) recognised this bridge as one of the most impressive pedestrian bridges in the world. In 2020, the Insider praised the Golden Bridge as one of the top most beautiful bridges in the world. 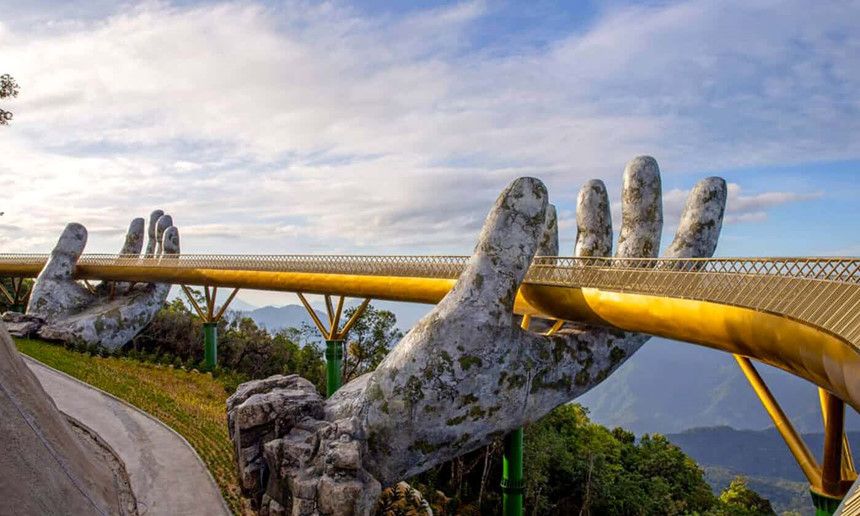 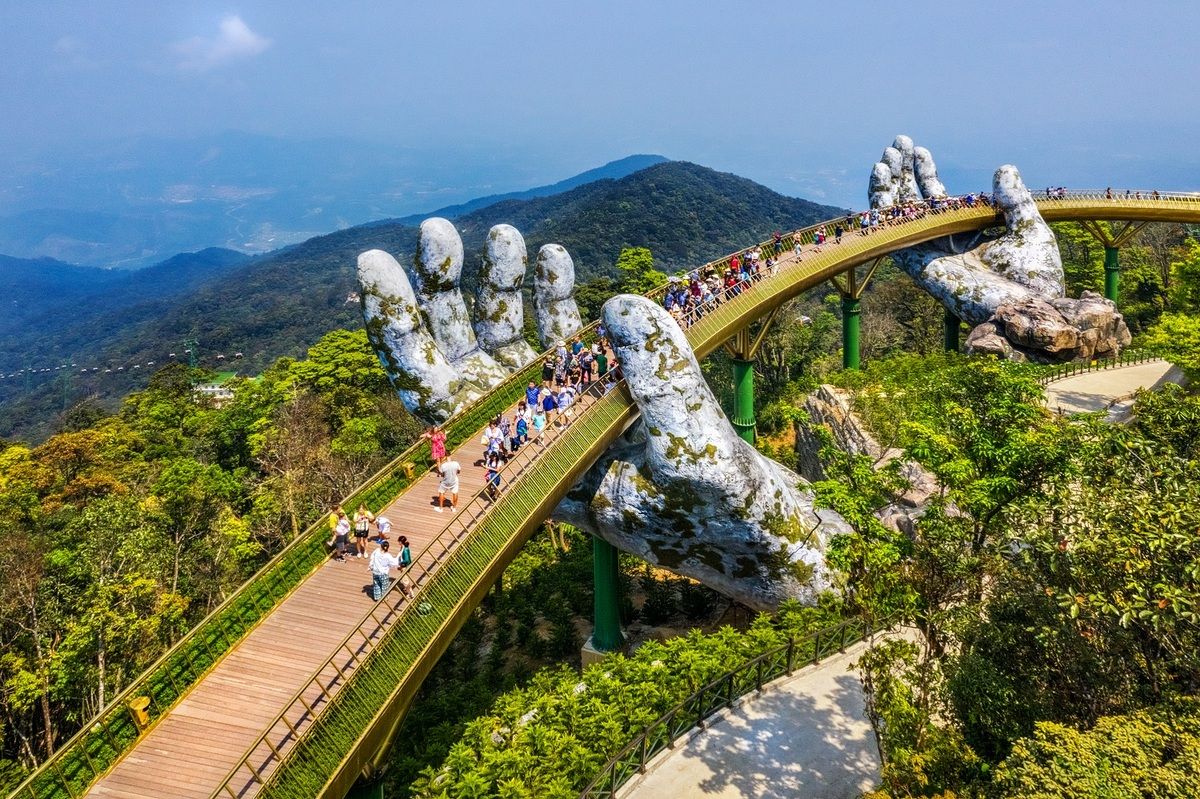 At the same time, don't forget to visit the French Village - the small and beautiful village with a romantic, ancient and artistic French style has soon attracted tourists from all over the world. Spots such as Ancient castles with old mossy walls, St Denis Cathedral, Apremont sur Allier village and French cafes will surely give you the feeling of really being in poetic France. 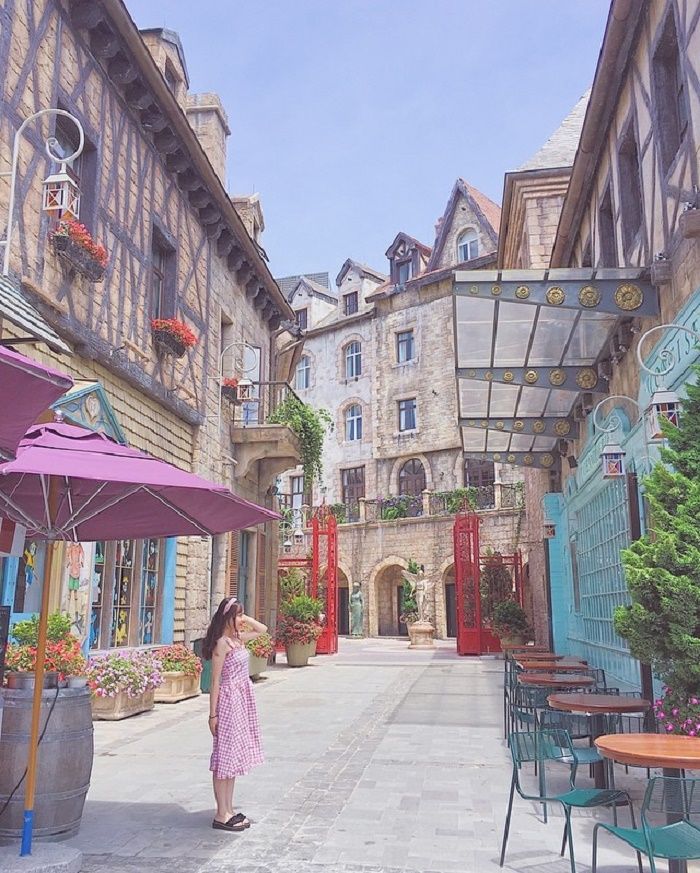 How to travel to Ba Na Hills

To get to Ba Na Hills, you need to depart from Da Nang city, and you can use three modes of transport, these are:

- Traveling by motorbike: you can rent motorbikes with prices ranging from VND 80,000 - 200,000/vehicle/day (excluding fuel cost).

- Traveling by car in the travel package: this is the most convenient option for groups of many people. The price of a private car rental is usually quite high, ranging from VND 700,000 - 1,000,000/day, depending on the types of car with four or seven seats. 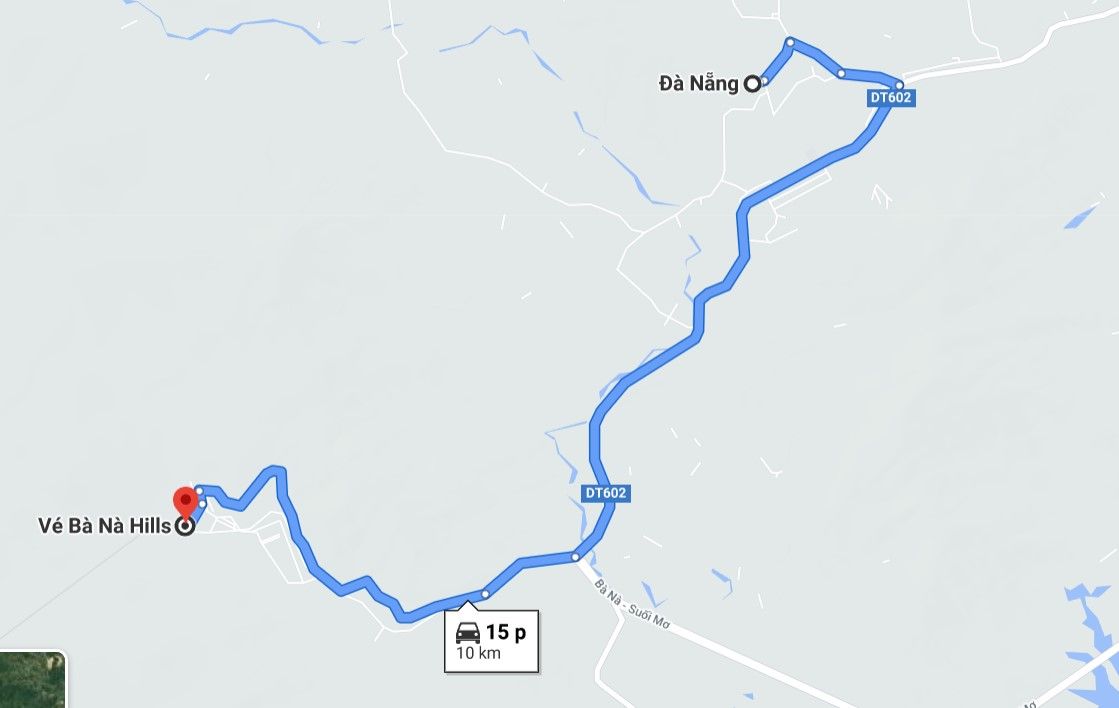 If you intend to self-drive or ride a motorbike from Da Nang city, you can search Google Maps to find the optimal routes to Ba Na Hills with a short travel time, some of which are the Suoi Mo - Ba Na Road and National Highway 14, and the Provincial Road 602. It is noted that the average distance ranges from 37km to 42km.

To visit, enjoy and explore the “game paradise'' at Ba Na Hills, you have to buy a ticket, which includes the fees of cable car, entrance and games as specified below:

- For children under 1m: Free of charge.

The Asia Park in the heart of the city

The Asia Park is located at No.1 Phan Dang Luu Street, Hoa Cuong Bac Ward, Hai Chau District, which is also an extremely attractive place of entertainment to many tourists. 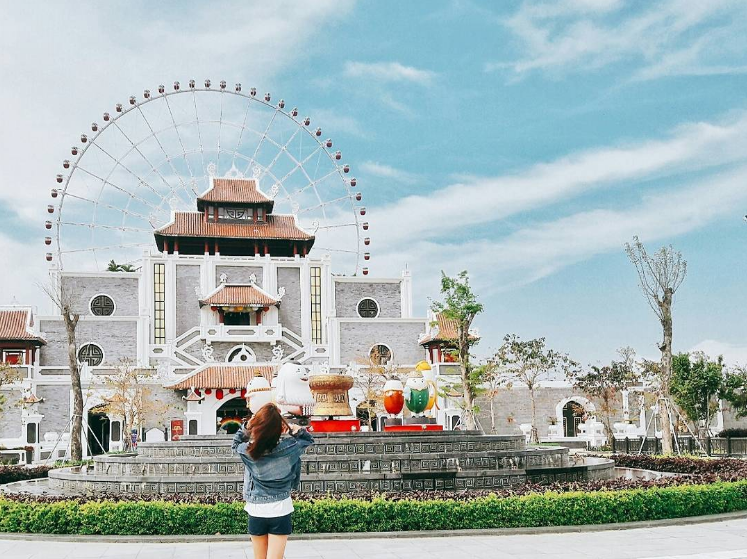 Asia Park was built on an area of ​​up to 860,000 square meters, where you will be “lost” in a spacious amusement park with hundreds of unique games such as Sky Treasure (thrilling roller coaster), Love Lock (spinning padlock), Dino Island (Dinosaur island), Ferris Wheel "Festival Carousel", Tiny train “Happy Choo Choo” and Queen Cobra (hanging roller coaster). In particular, the Sun Wheel - one of ten largest cantilevered observation wheels in the world - is also a highlight of the park. 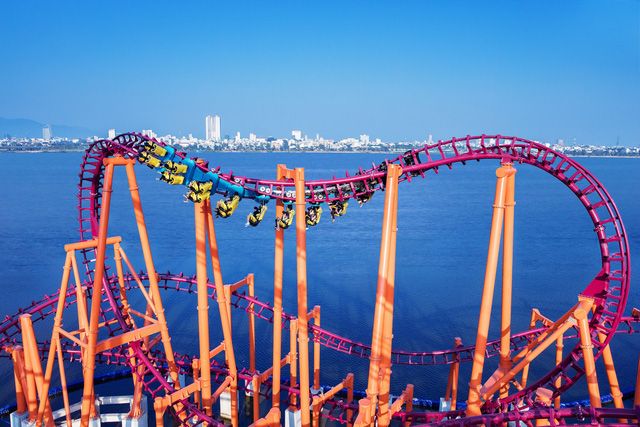 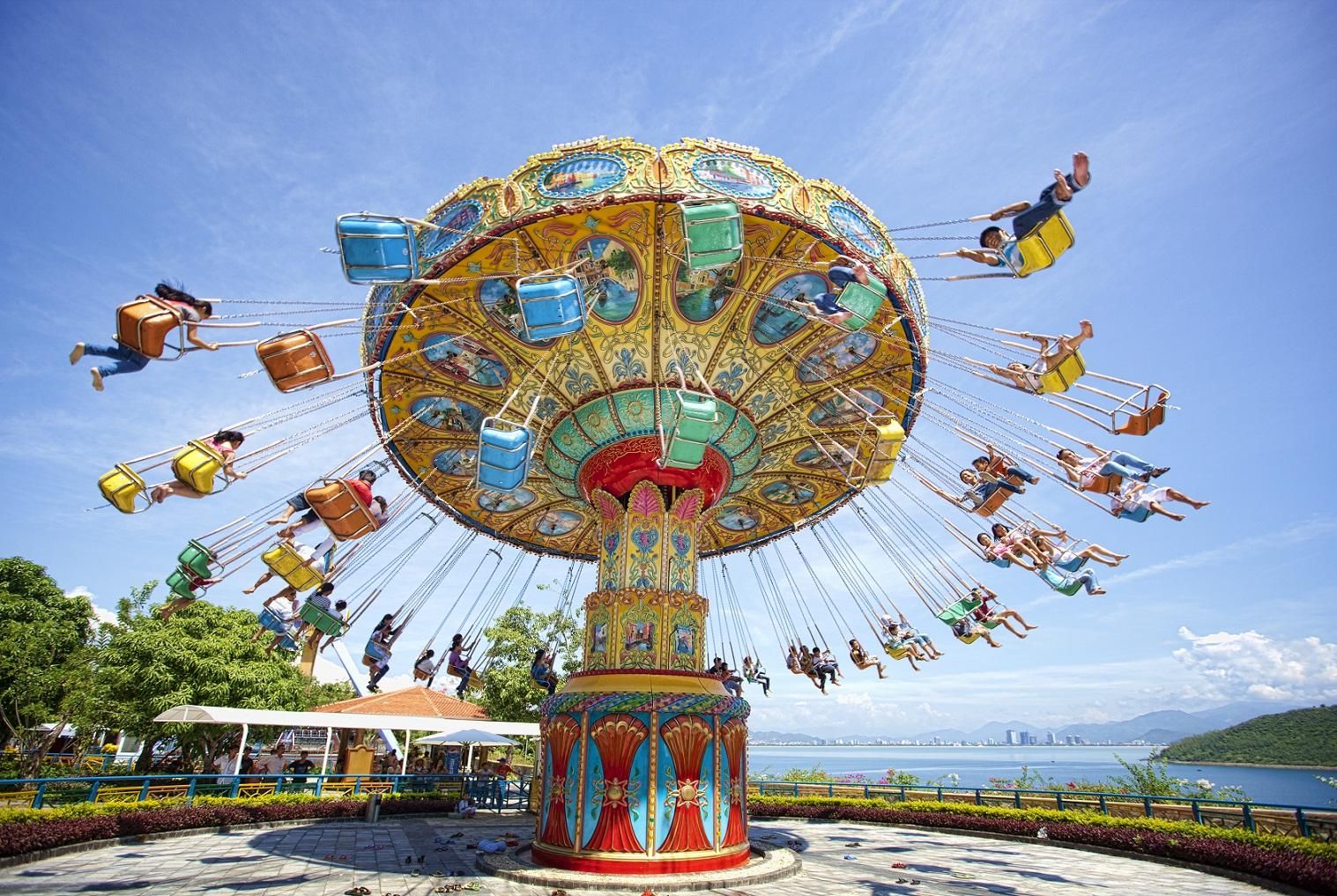 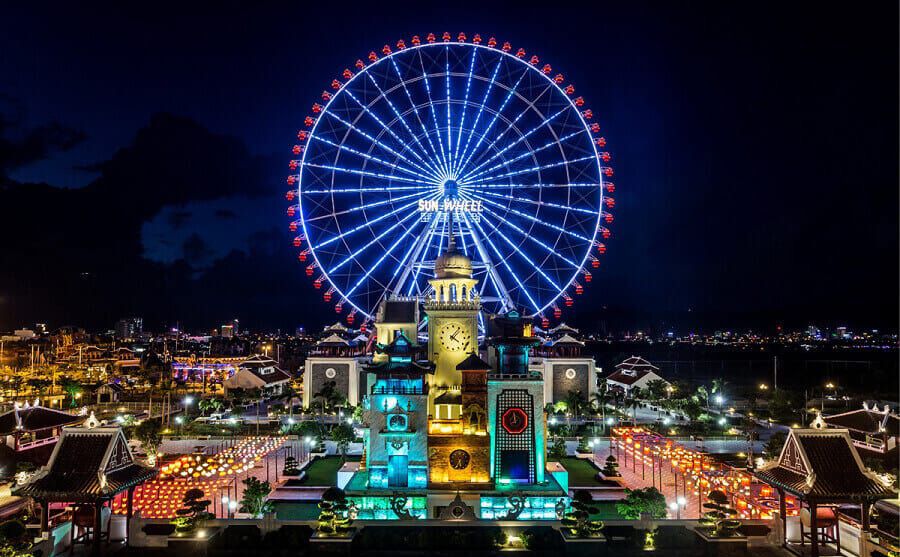 Sun Wheel is one of the ten largest cantilevered observation wheels in the world in general and largest in Vietnam in particular. Photo: sunworld

- Ticket prices for some games:

The ideal time to travel to Da Nang

Da Nang is a city in the South Central region, leading to its tropical monsoon climate. Therefore, the weather in Da Nang is divided into two distinct seasons, namely the dry season (from January to July) and the rainy season (from August to December). According to the locals, you should visit Da Nang in the dry season, especially from April to July, when the weather is cool and sunny - very convenient to explore and experience all the activities there. 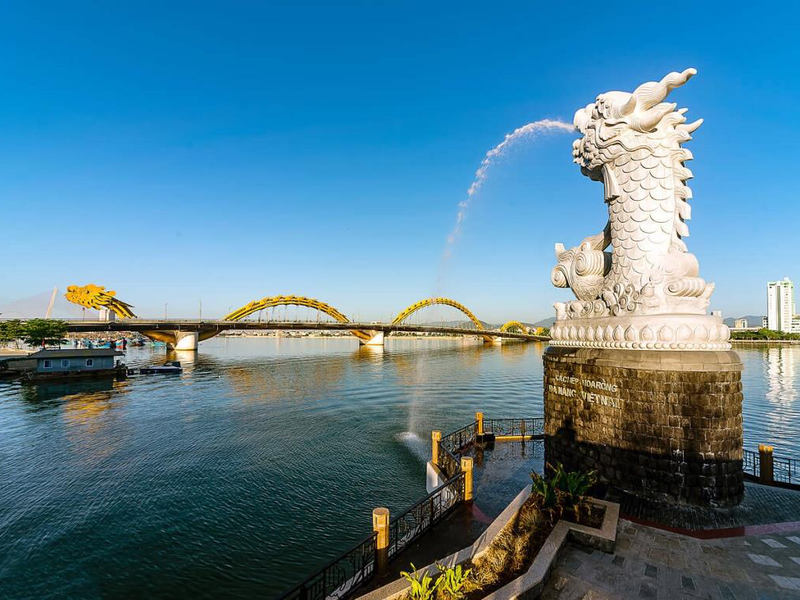 You should visit Da Nang during the dry season from January to July. Photo: danang.gov

In addition to beautiful nature, Da Nang is also considered an ideal place for relaxation. When coming here, you should not ignore Ba Na Hills and Asia Park for the most joyful experiences.