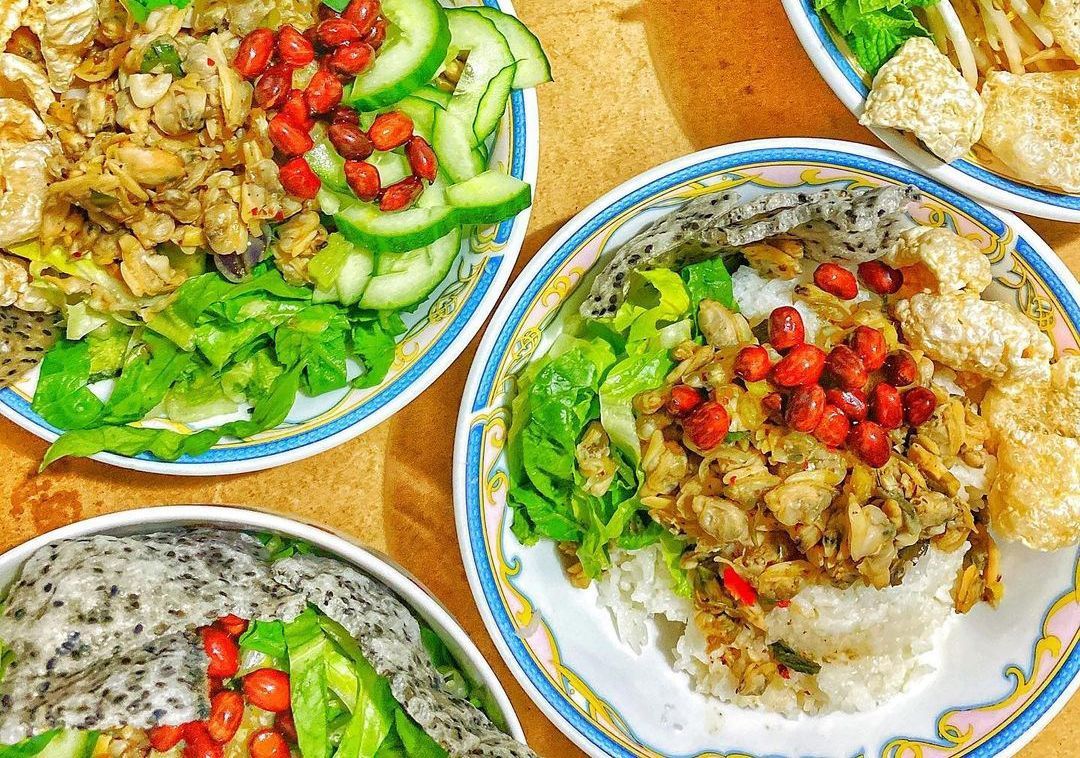 Hue is famous for many specialties, one of which is mussel rice. Regardless of being made from simple ingredients, the dish has a harmonious taste that cannot be found in other dishes.

Mussel rice (Com Hen) is a popular specialty of Hue, and you can guess the main ingredients of the dish right from its name: rice and mussels. Legend has it that mussel rice appeared about 200 years ago under the reign of King Gia Long. At that time, due to the poverty, a woman surnamed Huynh had to go to the riverbank to catch crabs and snails to survive. Every early morning when they had not caught anything, the couple had to eat leftover rice with mussels. Since then, this dish began to be popular among the poor in Hue. By the reign of King Thieu Tri, mussels were sold in markets in the imperial city of Hue and became a favorite dish of many people. Under the reign of King Thanh Thai, Mrs. Nguyen Thi Thep offered the king the tasty mussel rice made from fresh mussels caught at Con Hen, the king then decided to establish the Hen ward there. The mussel rice dish then became a dish served to royalty every Tet holiday. 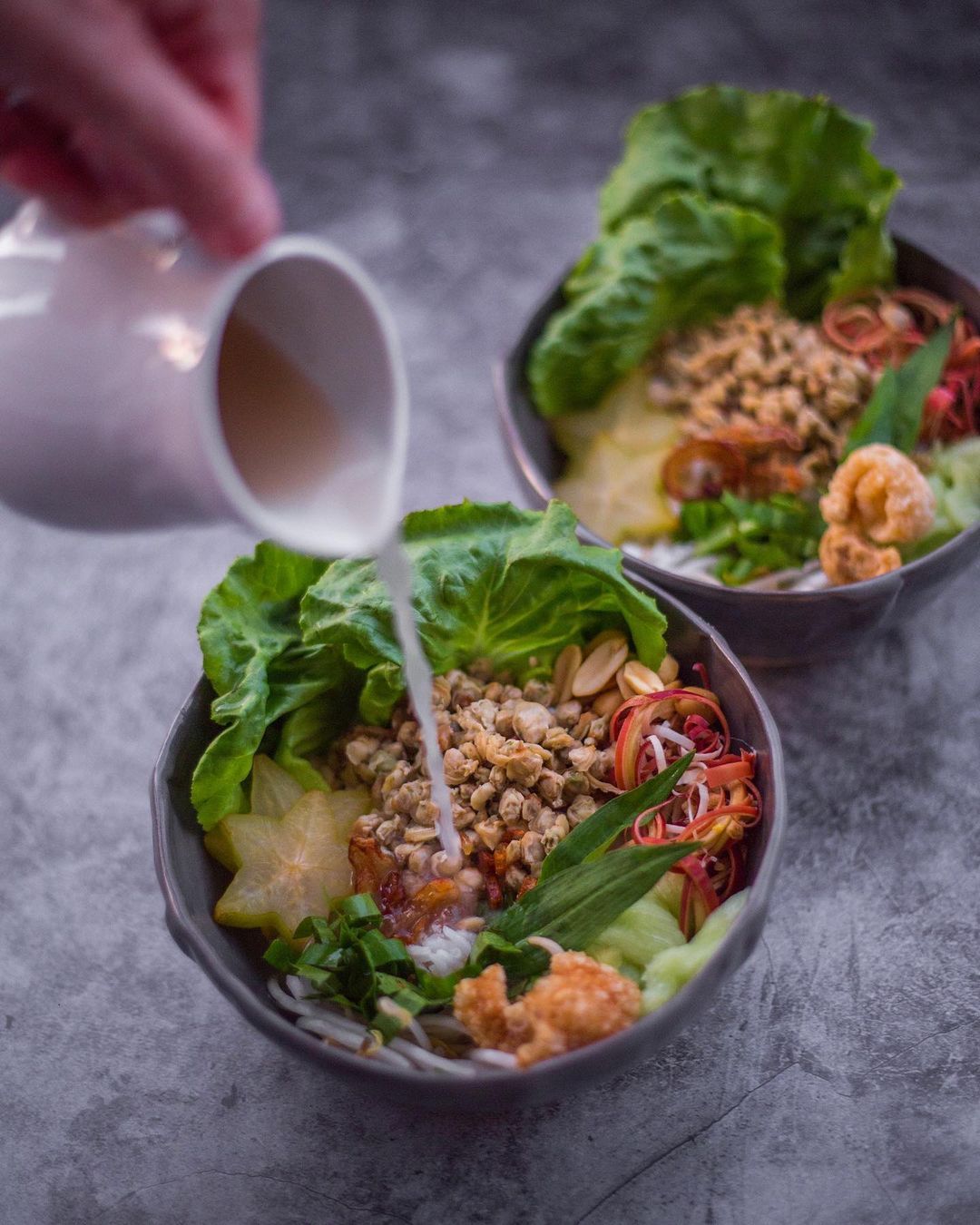 Mussel rice is a popular specialty in Hue. Photo: @mmbonappetit

To this day, mussel rice has become one of the typical dishes for the diverse cuisine of Hue. At the same time, due to its delicious taste that has fascinated many people, it has appeared in many other provinces in Vietnam.

The simple yet tasty mussel rice 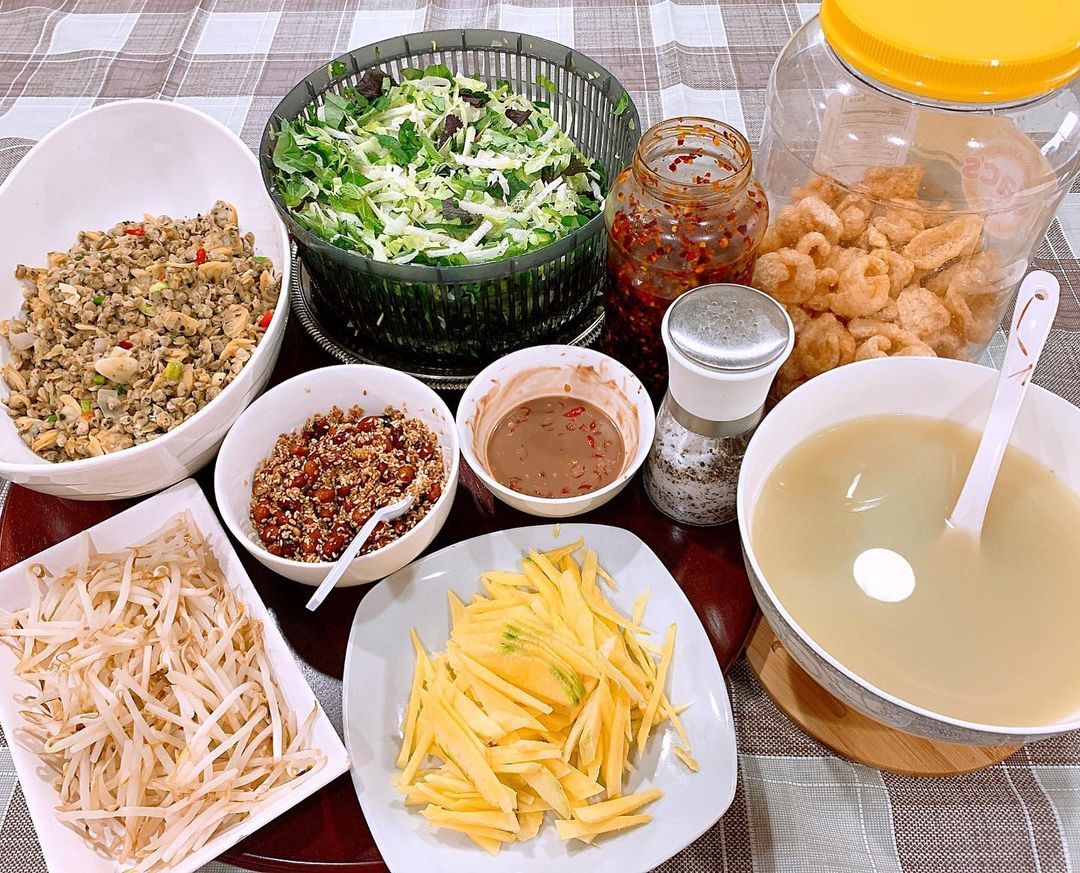 Mussel rice is a simple dish composed of ingredients such as leftover rice (kept overnight), stir-fried mussels, shrimp paste, cracklings, cabbage, crispy fried noodles, chilli pepper, grilled rice paper and roasted peanuts. Notably, the mussels must be caught at Con Hen - an alluvial dune on the Huong River in Con village, Vi Da ward. The water of the Huong river flowing through Con Hen is very clear with little silt, while the river bottom at the foot of the dune is covered with a deep layer of mud, which is very suitable for mussels to live in. Therefore, the mussels here are said to be the best in Hue. After being cleaned, they are boiled, then quickly stir-fried with rice noodle, shredded dried bamboo shoots and thinly sliced ​​pork belly. It is noted that if the mussels are over stir-fried, they will be tough and the level of sweetness will be reduced. For the broth, you can add a few pieces of ginger and some spices to taste. 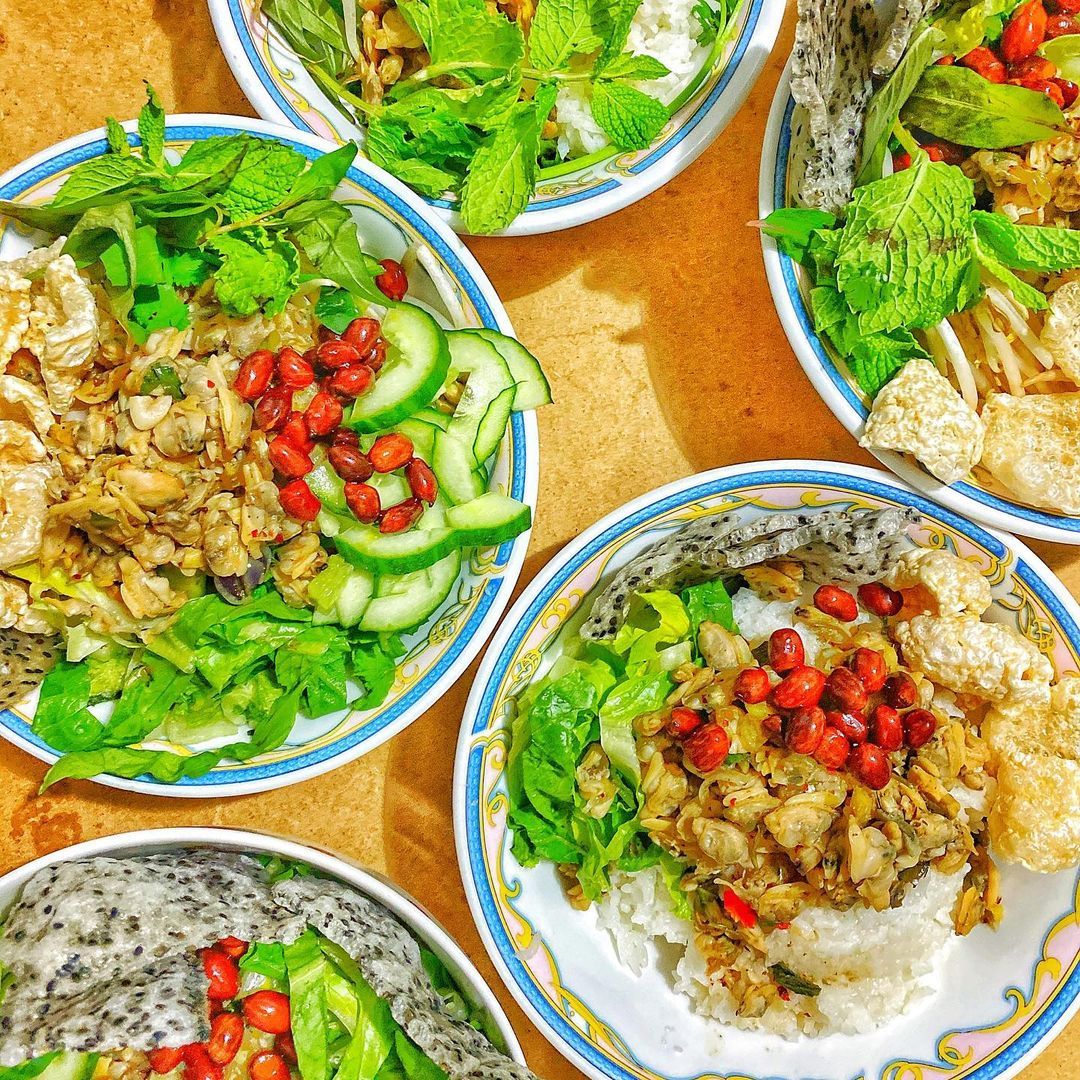 Mussel rice is a dish that comes from the thriftiness of Hue people. Photo: @kitchenlove_a.n_xiuscorner

The rice must be left overnight in order for the rice grains to be separated, and this comes from the thriftiness of the Hue people in the past - making use of the leftover rice. Moreover, this kind of rice can enhance the taste and flavours of other types of toppings. Another indispensable ingredient is raw vegetables, which include banana flowers, thinly sliced banana stems, chopped starfruit, Indian taro and herbs. 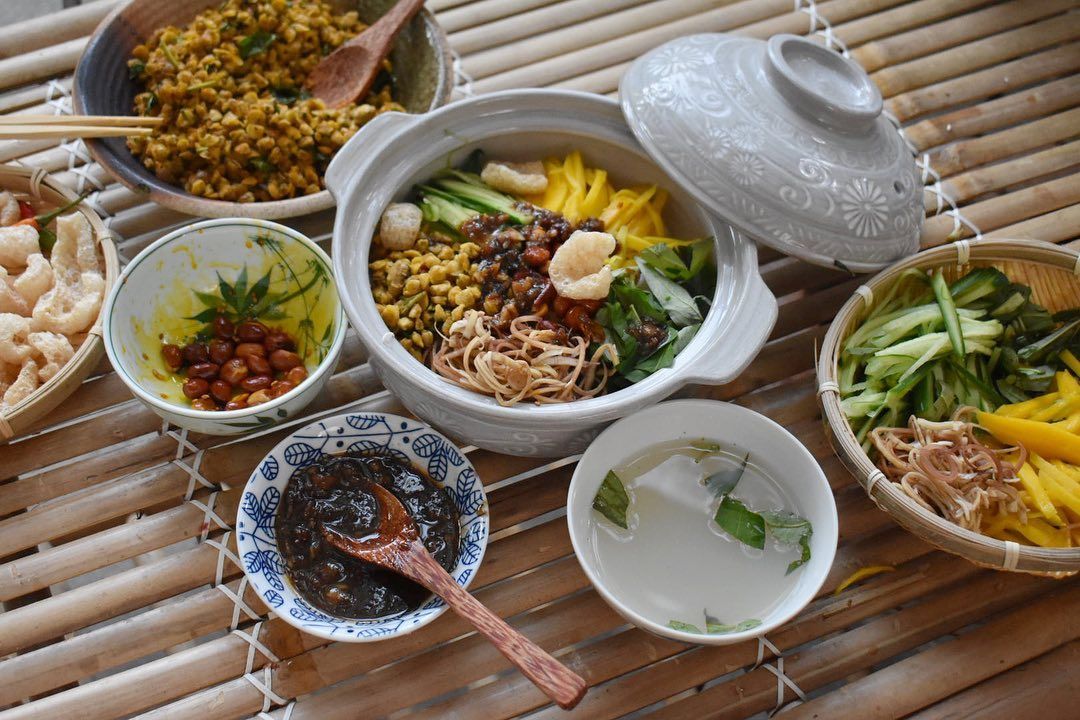 To have a complete bowl of mussel rice, they will put some rice into a medium-sized bowl, then add roasted peanuts up to the rim of the bowl, together with some shrimp paste, cracklings, chilli pepper, grilled rice paper and raw vegetables. There are two ways of enjoying the dish, first of which is that you can pour the broth into the bowl of rice and then eat it. Otherwise, you can eat the rice first and then drink the broth in another separate bowl. 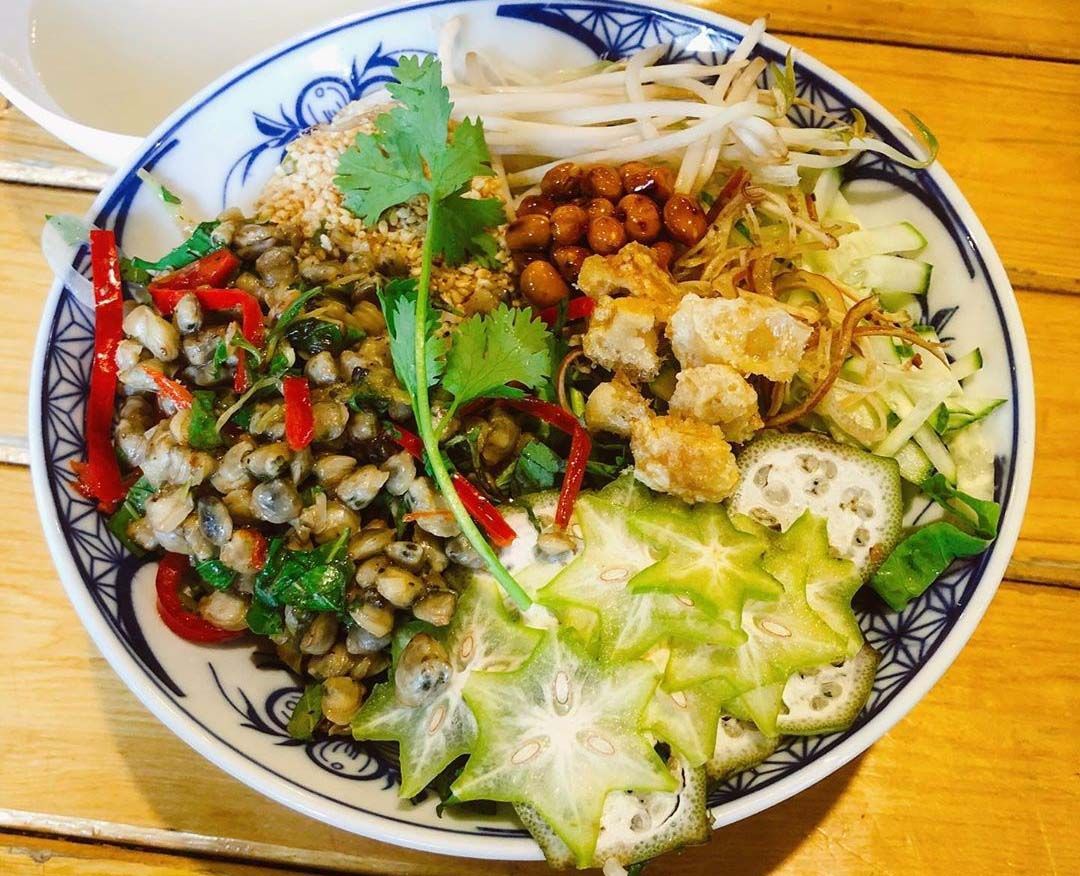 A bowl of mussel rice with different flavours. Photo: @surrephoto

When enjoying the dish, you will be able to feel the strong flavour of shrimp paste accompanied by the spiciness of chilli, the sweetness of mussels, the richness of peanuts, the crispiness of grilled rice papers, and the freshness of raw vegetables. 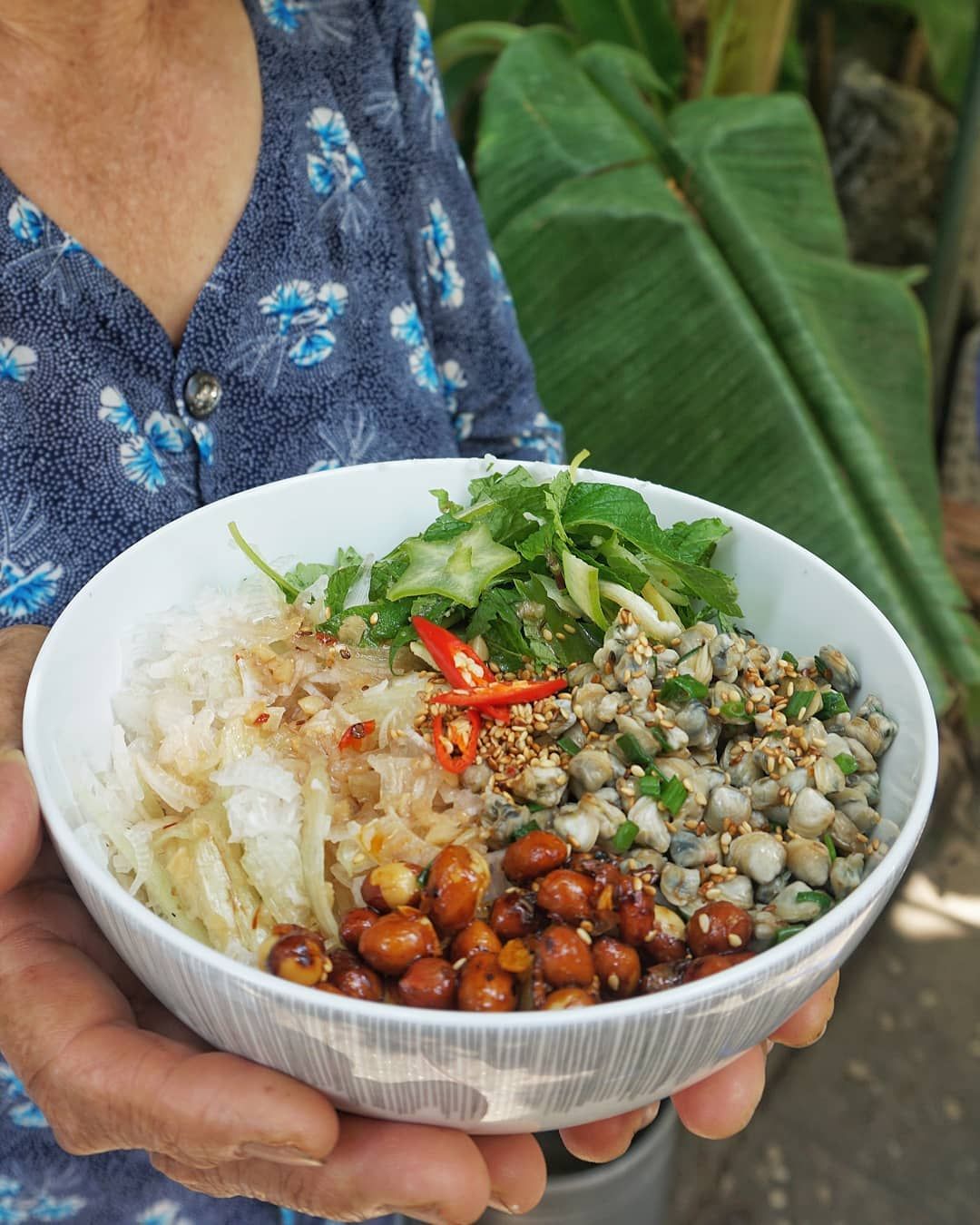 Mussel rice is available in every corner of the ancient capital of Hue, but you can enjoy it at Con Hen - which is the area with the largest number of restaurants - or on streets in the city center. The price for a bowl of mussel rice is low, ranging from only VND 10,000 to 25,000. Some good restaurants are listed below: 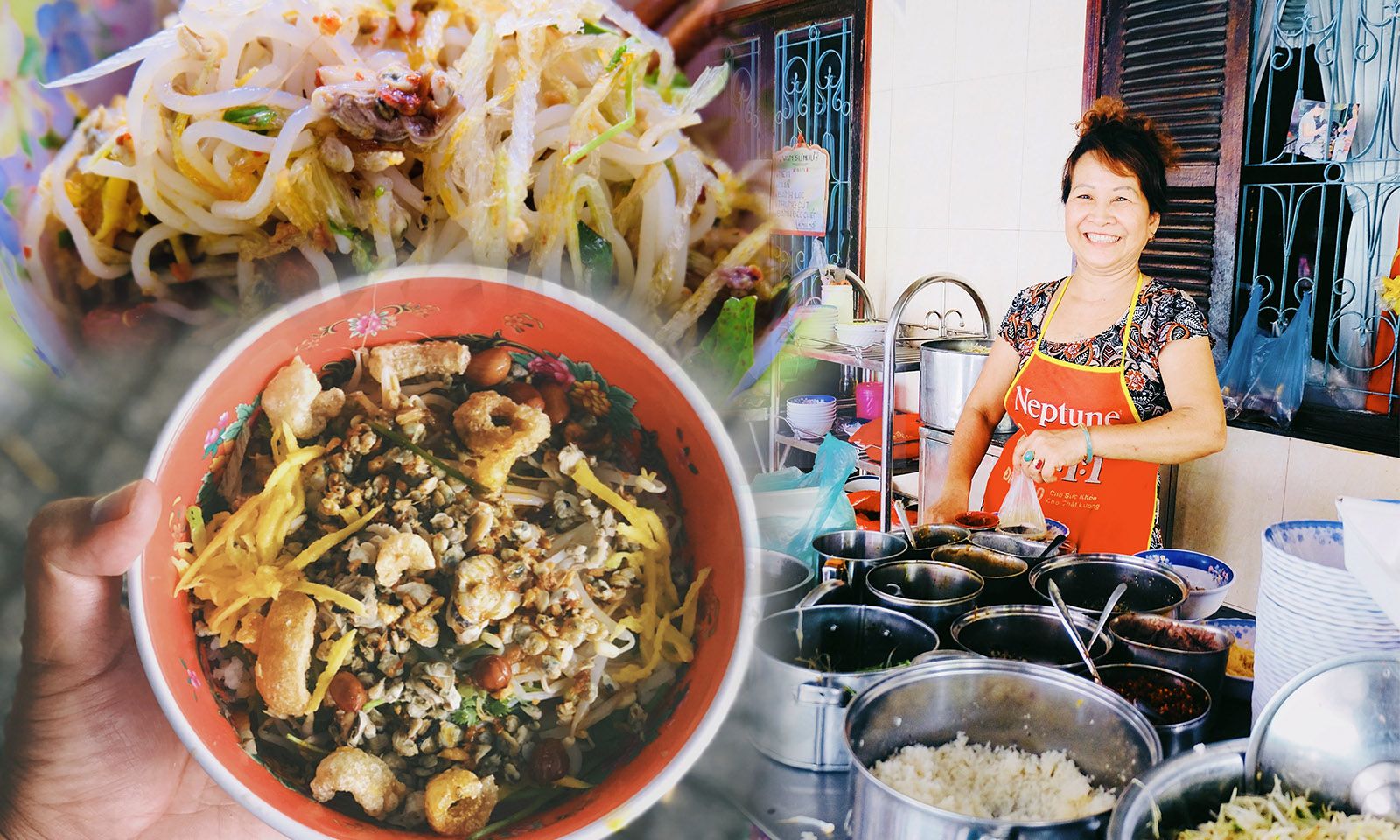 The restaurant has a variety of dishes. Photo: foody.vn 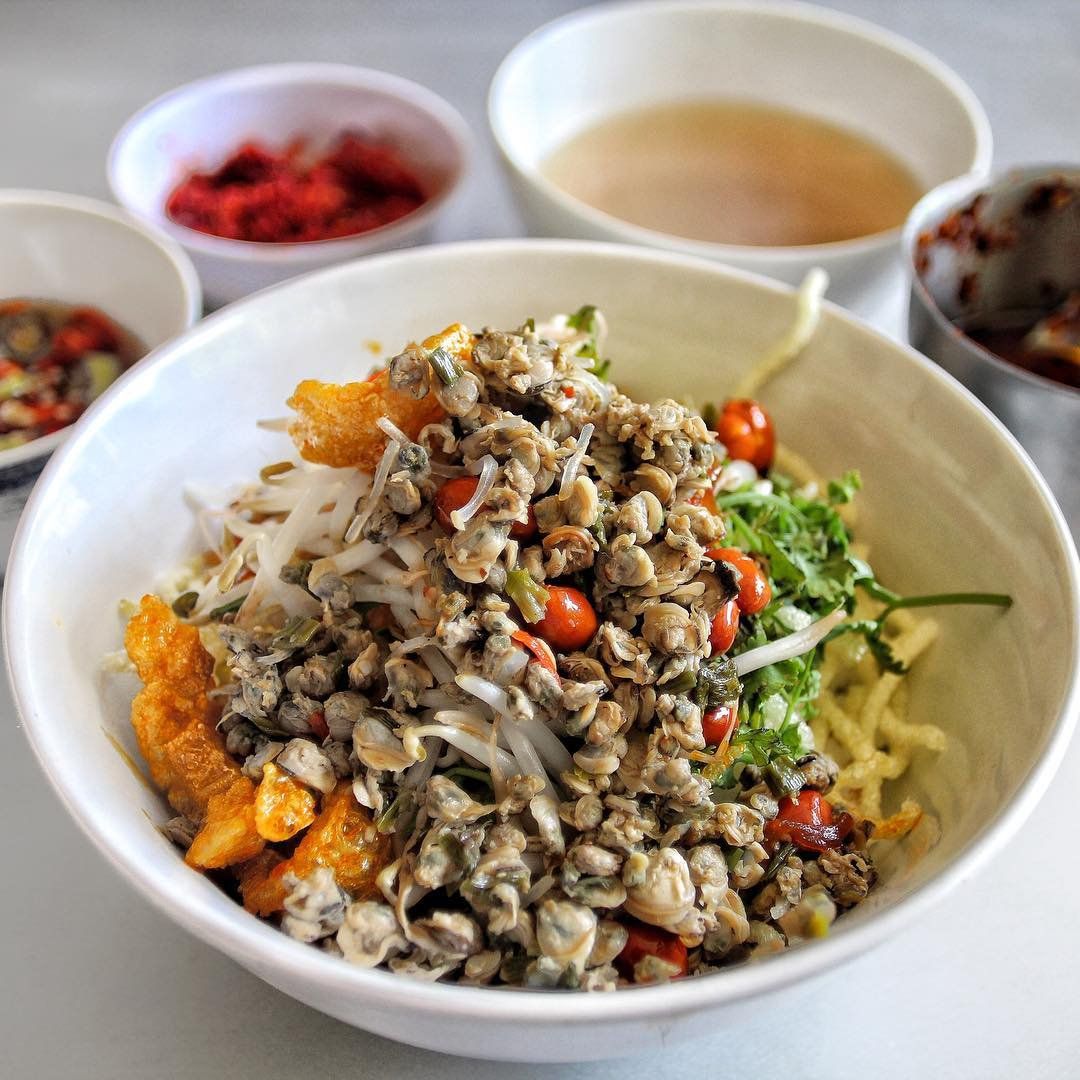 In addition to mussel rice, you can enjoy many other Hue specialties. Photo: vebay247.vn 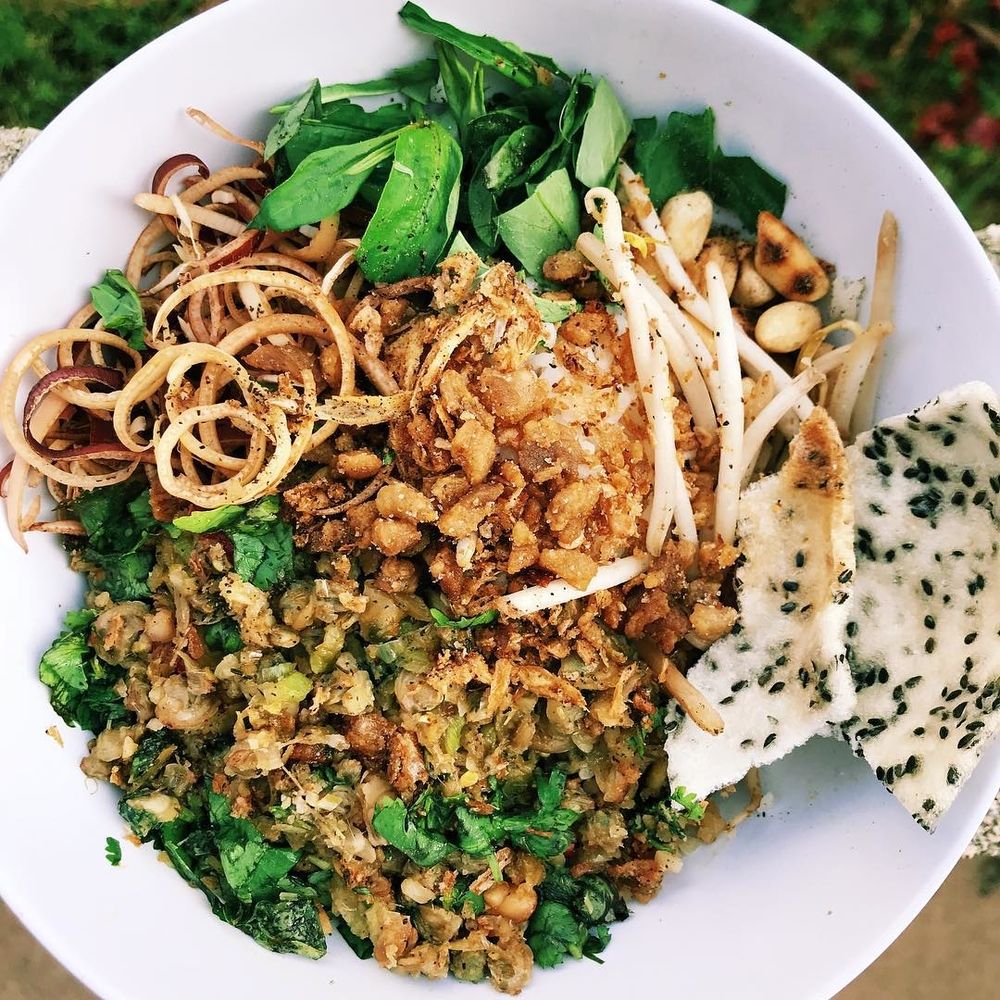 The restaurant is simple, but the quality is not “simple”. Photo: foody.vn

Mussel rice is simple but it has “accompanied” the people of Hue through the ups and downs of history. If you have the opportunity to come to the ancient capital, don’t forget to enjoy a bowl of mussel rice to experience the culinary quintessence of this land.