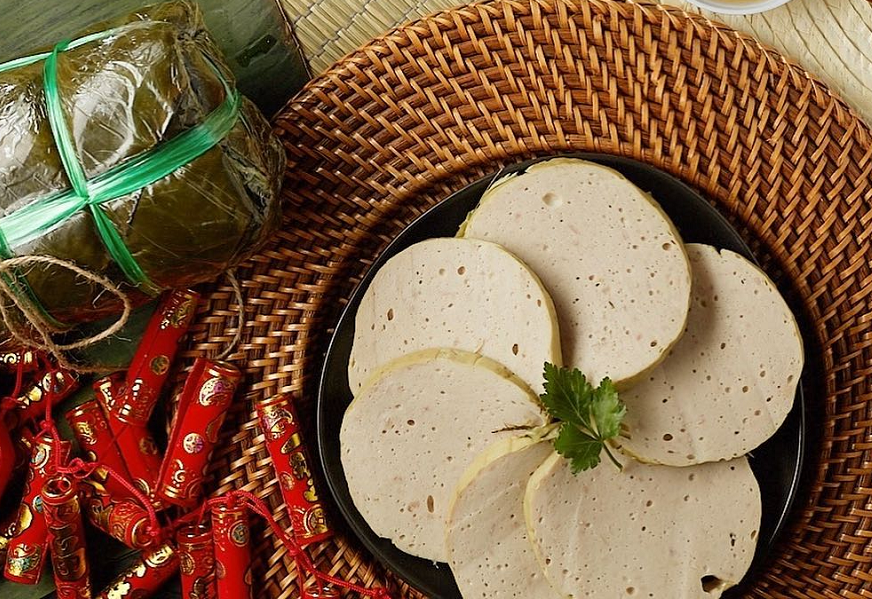 “It can be said that knowing how to make pork paste (“giò lụa” in Vietnamese) is the pinnacle of the national culture. As far as I know, among the peoples that eat pork, Vietnam is the only country that can process this kind of ingredient into such a unique dish” - commented by the writer Nguyen Tuan about the Vietnamese’s pork paste culture. When it comes to this dish, it is definitely worth mentioning the famous Uoc Le village in Hanoi.

“Gio” is a type of pork paste - a traditional Vietnamese dish with the main ingredient being minced pork (or beef). After being mixed with some other ingredients like tapioca flour and spices (such as fish sauce and pepper), the pork is boiled or steamed. 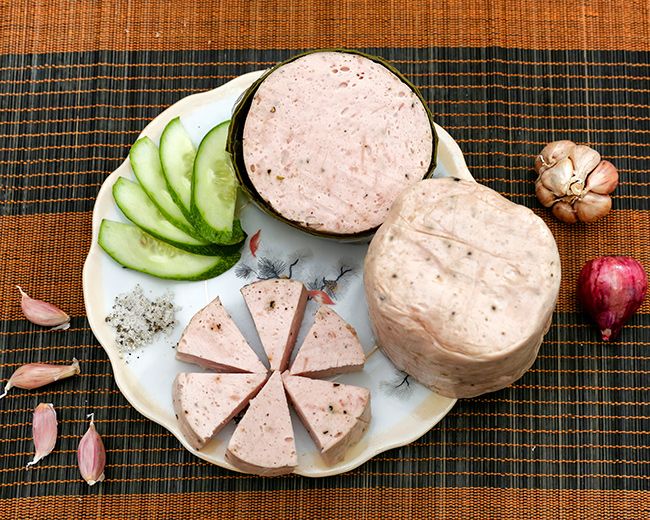 After being steamed, “Gio” are cut into small pieces. Photo: webnauan.vn

“Cha”, which is also a popular dish with the people in the S-shaped country, is made from minced pork and other ingredients such as cinnamon powder, baking powder and tapioca starch. After being steamed, it is fried to create an attractive golden crust. 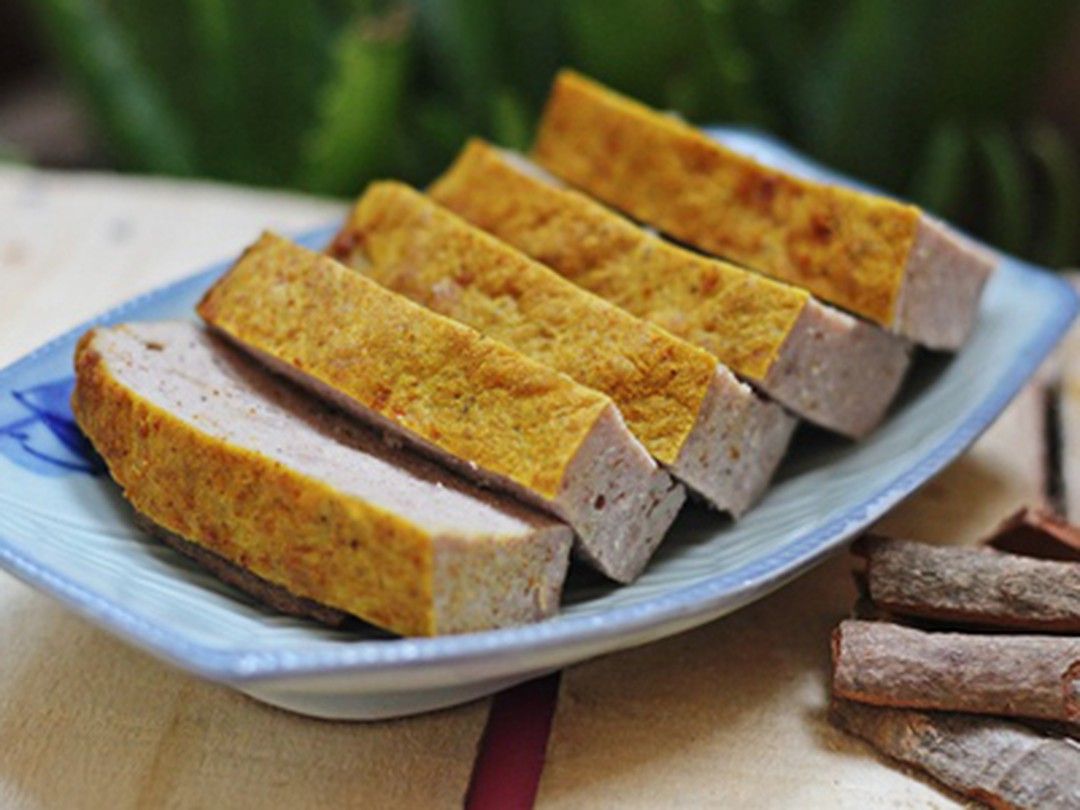 “Cha” has a golden outer layer after being fried. Photo: thanhnien

Uoc Le village is located in Tan Uoc commune, Thanh Oai district, Hanoi capital. Legend has it that, in the Mac dynasty, there was a concubine in the palace (who was from Uoc Le village) coming back here to build the village gate and teaching the people the craft of making pork paste. After that, this village has had a tradition of making this kind of dish. 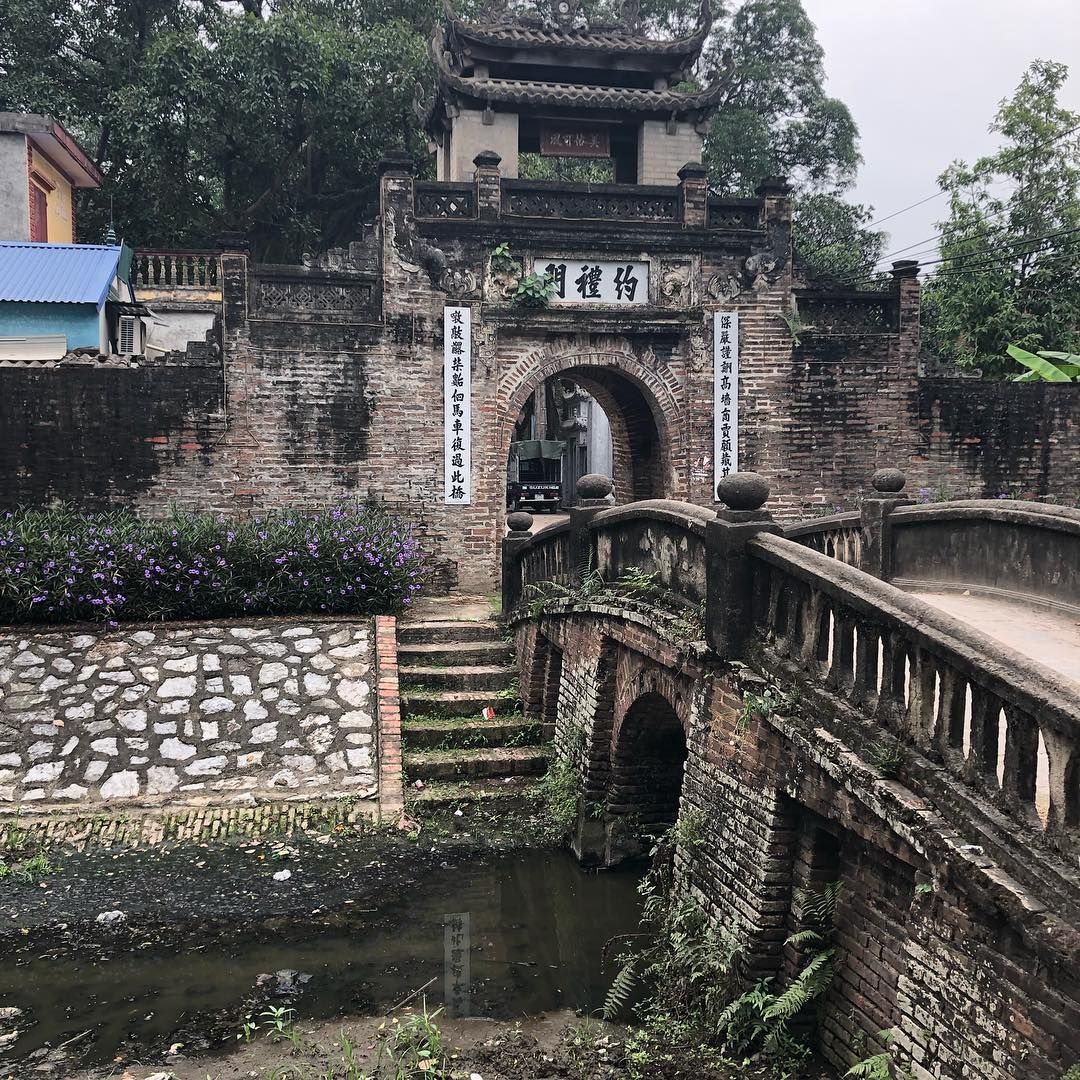 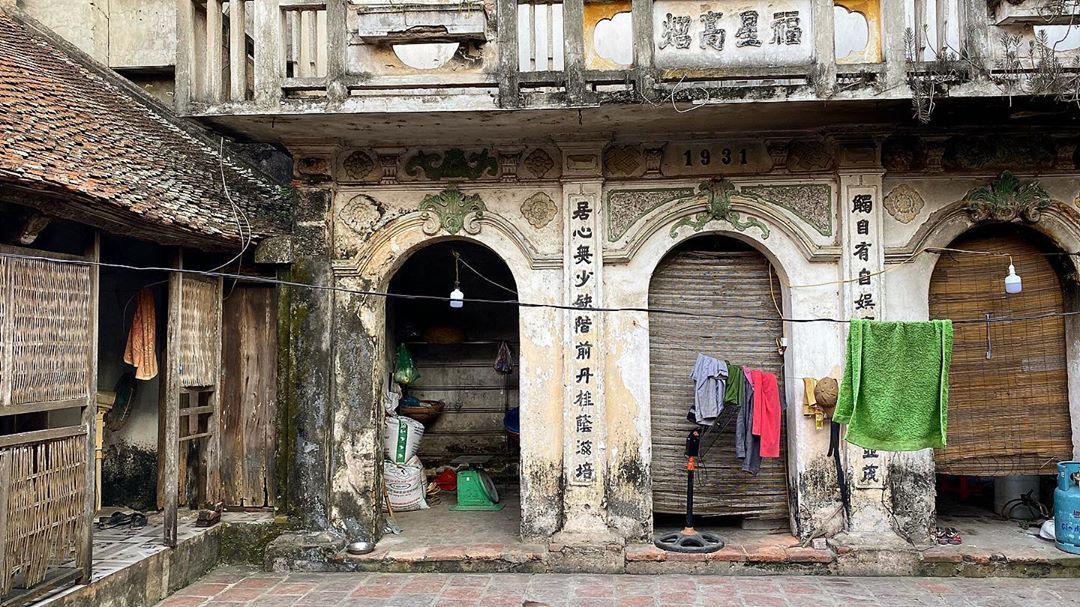 The profession of making pork paste in Uoc Le village has undergone more than 500 years of ups and downs and has gradually become famous. Notably, villagers have migrated all over the country to make a living and expand their ancestors' profession. During the French colonial period, Uoc Le pork paste was extremely famous in some restaurants such as Tan Loi and Tan Viet. In 1948, the dish of Uoc Le village was exported to France. At present, some people from this village have dwelled in France and the US while making a living from this profession.

The dish initially seems to be a kind of traditional cuisine “encapsulated” in a small village, but it has reached further, surpassing the meaning of a dish and becoming a typical Vietnamese culture in people's lives. In every simple meal or on important occasions, for example the Lunar New Year, there is always a plate of pork paste. It is considered that: "Without pork paste, there is a lack of a very unique Vietnamese culture". 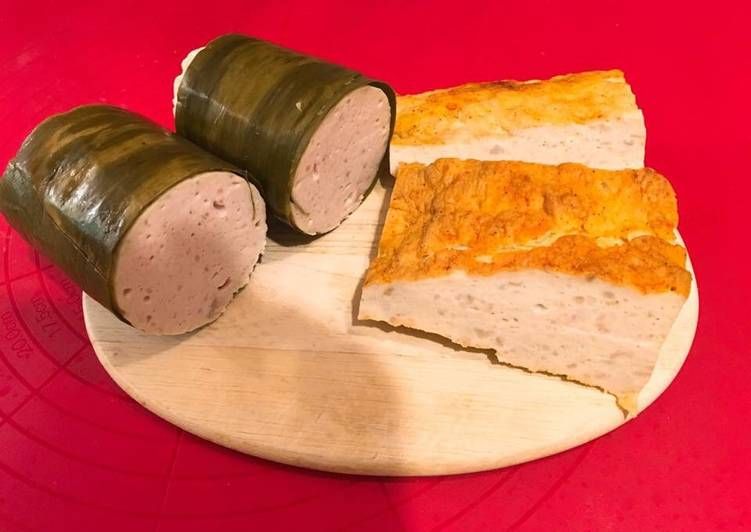 The pieces of pork paste with “the flavour of Uoc Le village” are not only tasty because they “carry a long-standing cultural story” but are also created by carefully selected ingredients by skillful cooks. 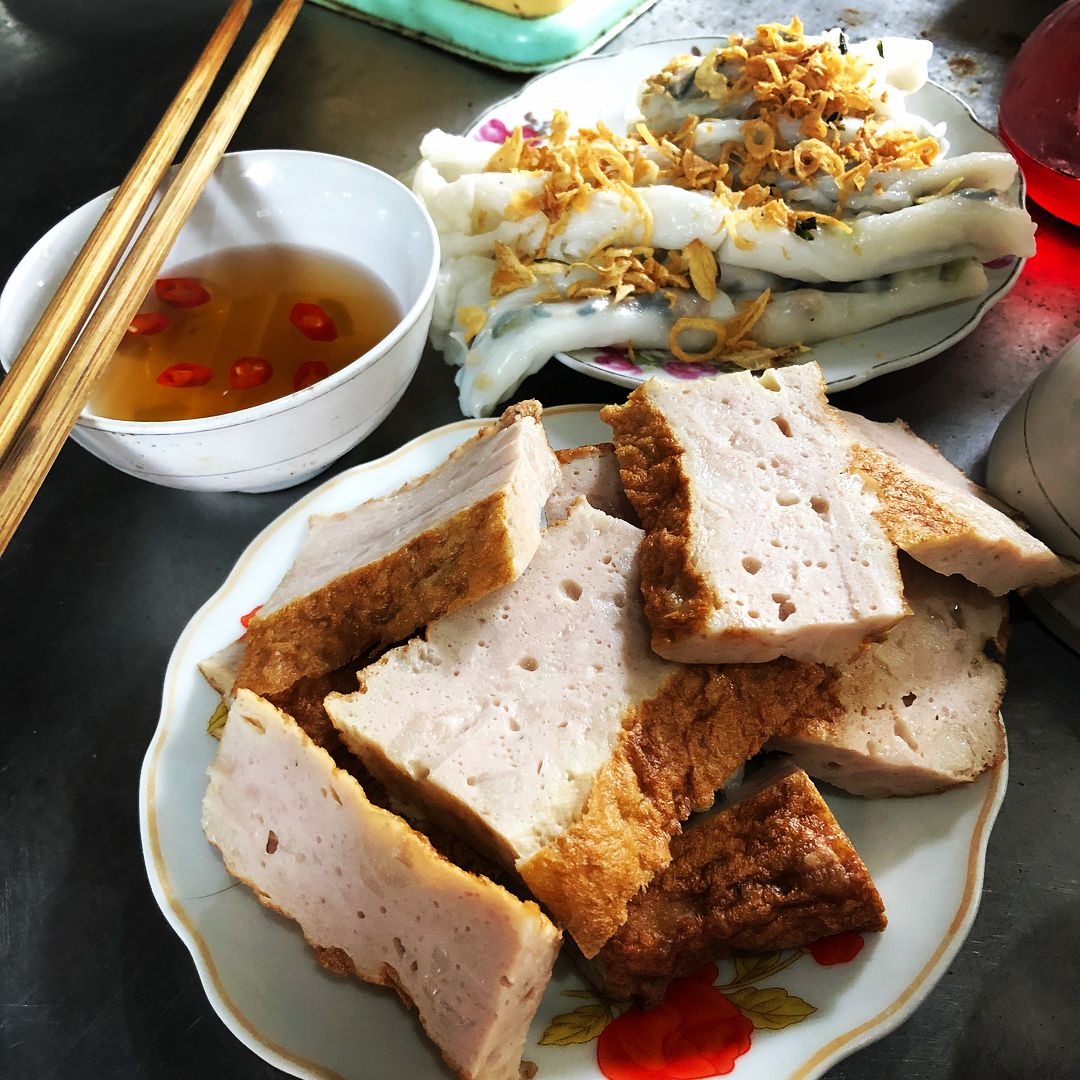 The main ingredient for making the dish is pork, which should be selected from healthy pigs raised in the wild to have more fragrant meat. After the fat tendons in the loin and ham from the legs are separated, the meat is sliced. 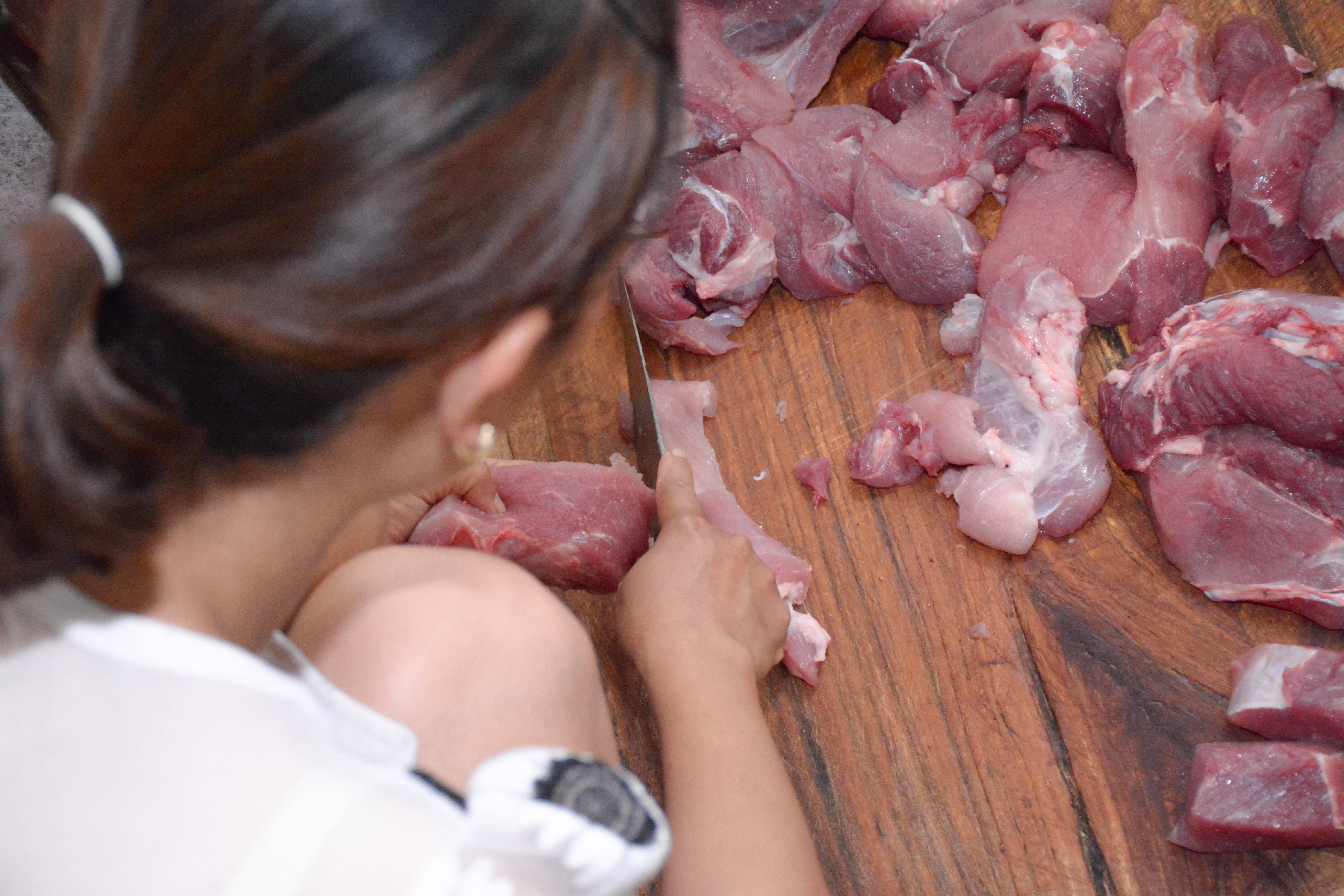 After the fat tendons in the loin and ham from the legs are separated, the meat is sliced. Photo: thuongtruong.com.vn

According to the old way, after being sliced and cleaned, the meat is put into the mortar and pounded until it is fine before being mixed with spices. Today, the meat is put into a blender, together with ingredients such as sugar, monosodium glutamate, cinnamon powder, pepper, malt and the indispensable rich fish sauce. This method ensures the fineness of the meat while the spices are mixed evenly, enhancing the productivity. Next, the locals put some fat without tendons into the mixture to enhance the richness and aroma of the pork paste. 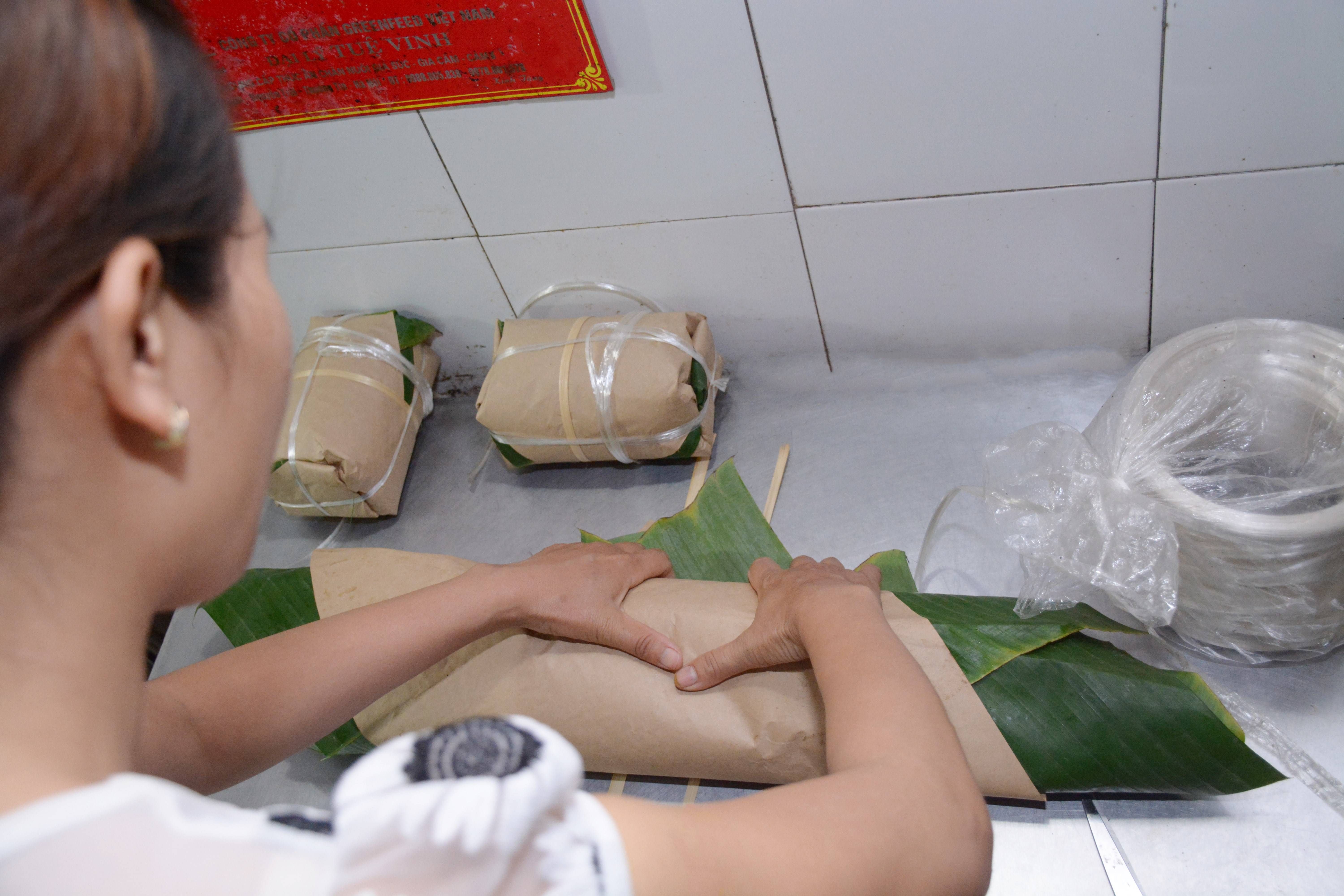 Uoc Le pork paste is wrapped with a banana leaf on the inside and a piece of paper on the outside. Photo: thuongtruong.com.vn

For “Cha”, depending on the type, the cook will add different ingredients such as cinnamon powder, honey, young rice and cartilage. Next, the processed paste is put into molds or made into small balls before being steamed or fried. 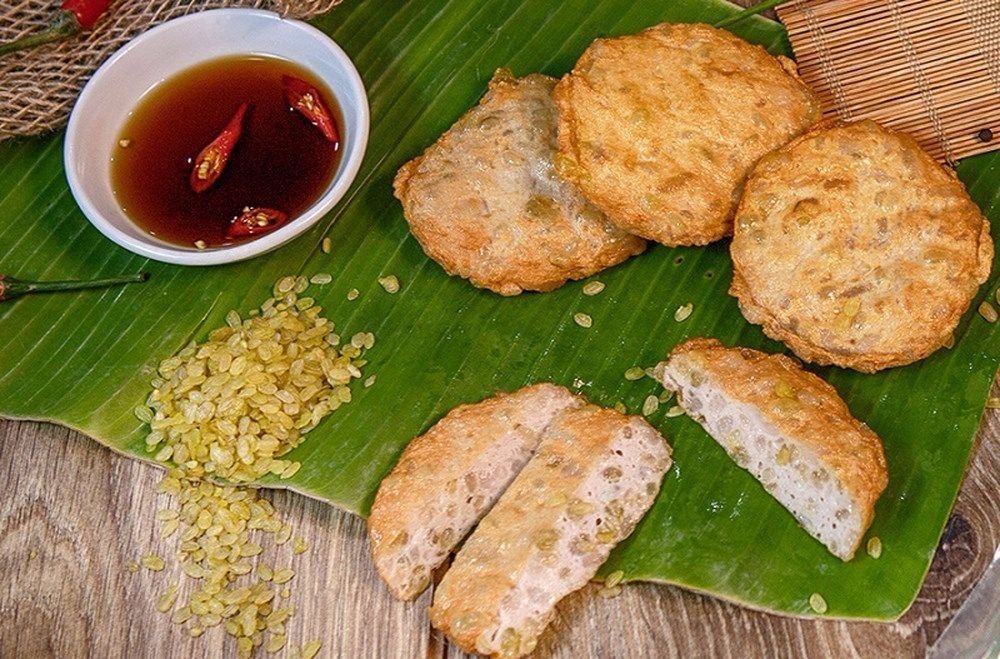 For “Cha Com”, young rice is added in the mixture to enhance the aroma. Photo: bebushop 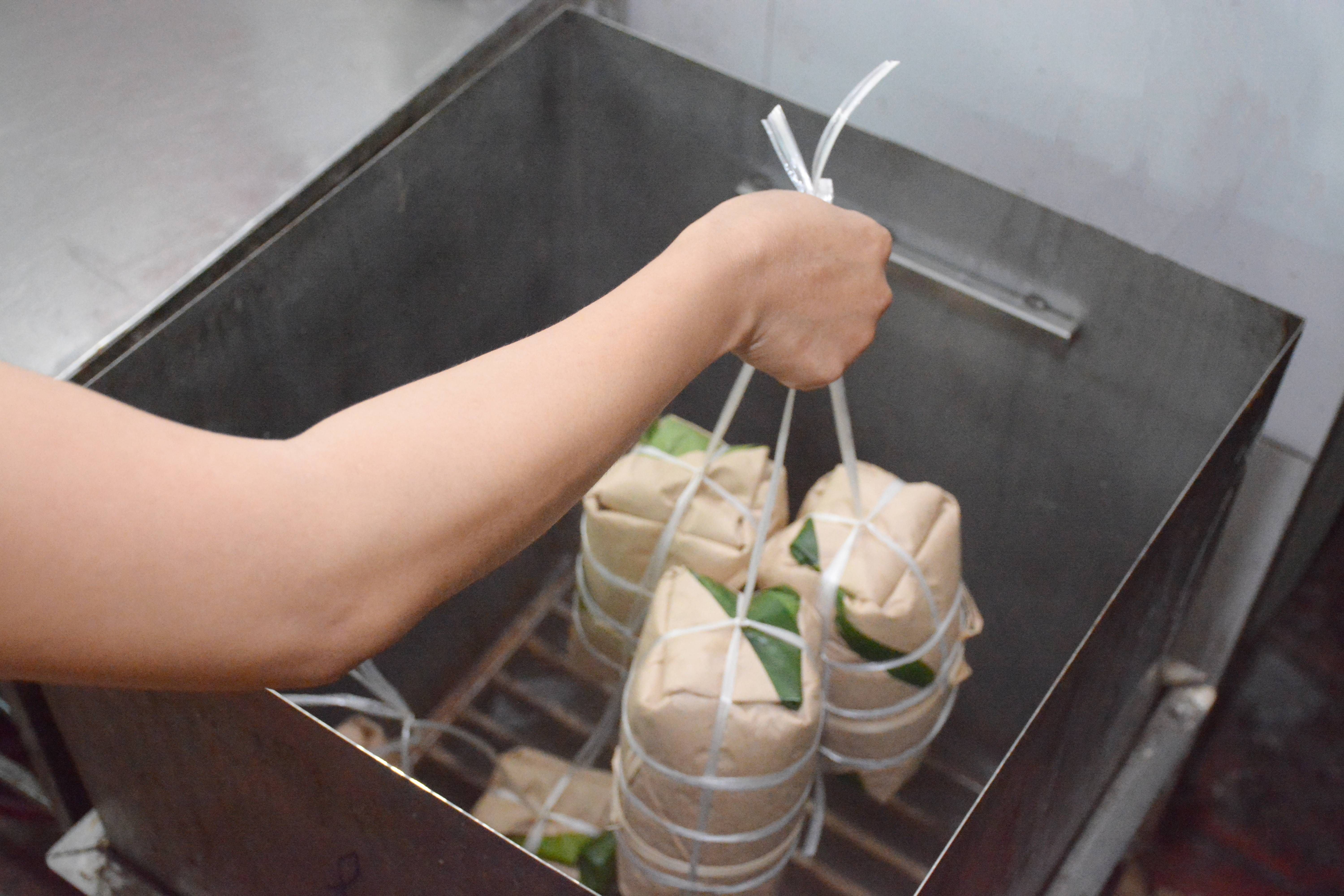 The pork paste is boiled in about one hour. Photo: thuongtruong.com.vn 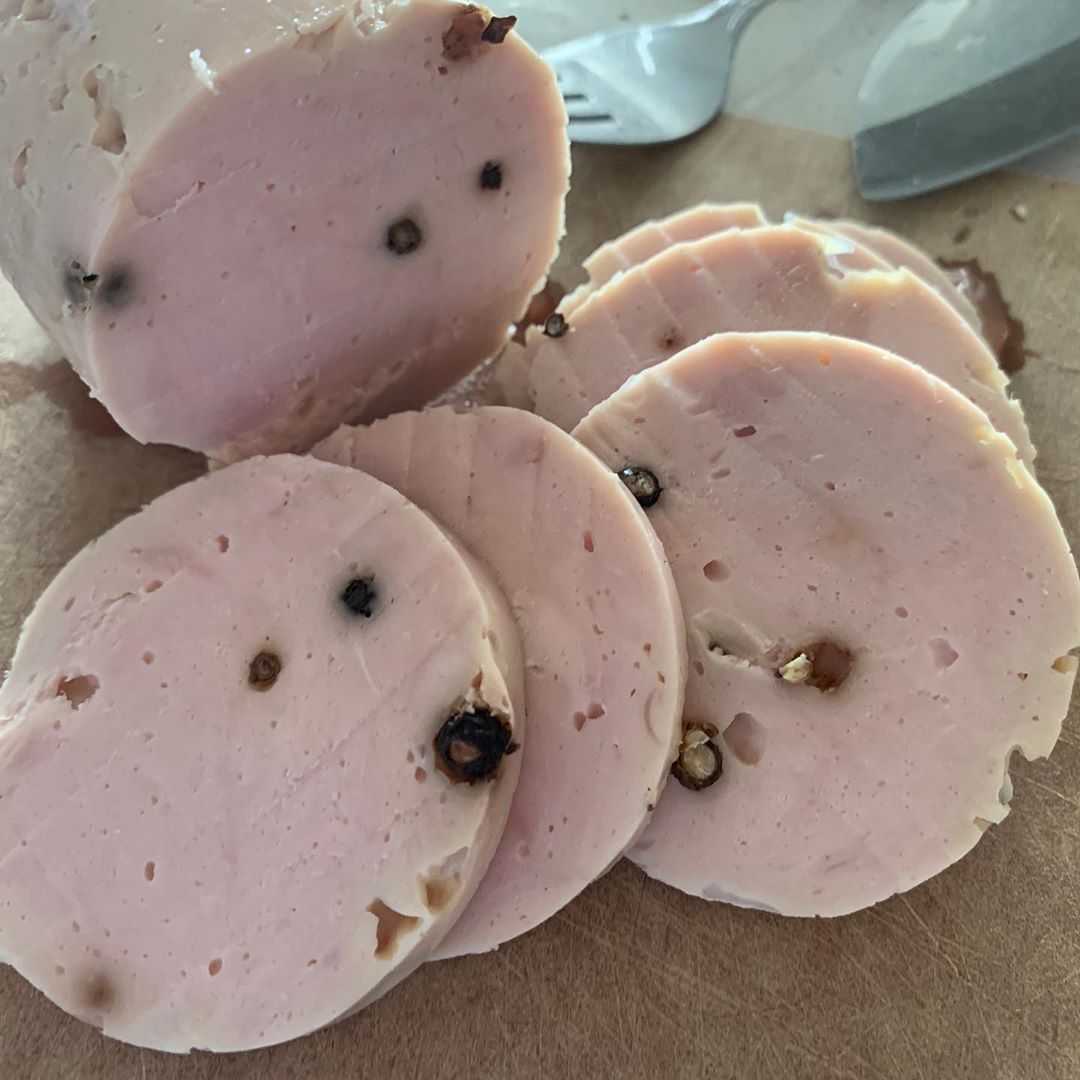 For the standard pork paste, when being cut, the finished product must be glossy with holes containing “the sweet water”. Normally, one kilo of meat can be processed into one kilo of “Gio”; with one kilo of meat, you can have 1.2kg of “Cha”.

In the ancient village of Uoc Le, many people have to move to other regions to make a living, but they will never forget their roots. On holidays or days of the full moon, the people of Uoc Le village often return home, gather around the dining table with “dear” plates of pork paste, offer incense to thank their ancestors who have blessed their descendants, and promise to do the job with all their heart. 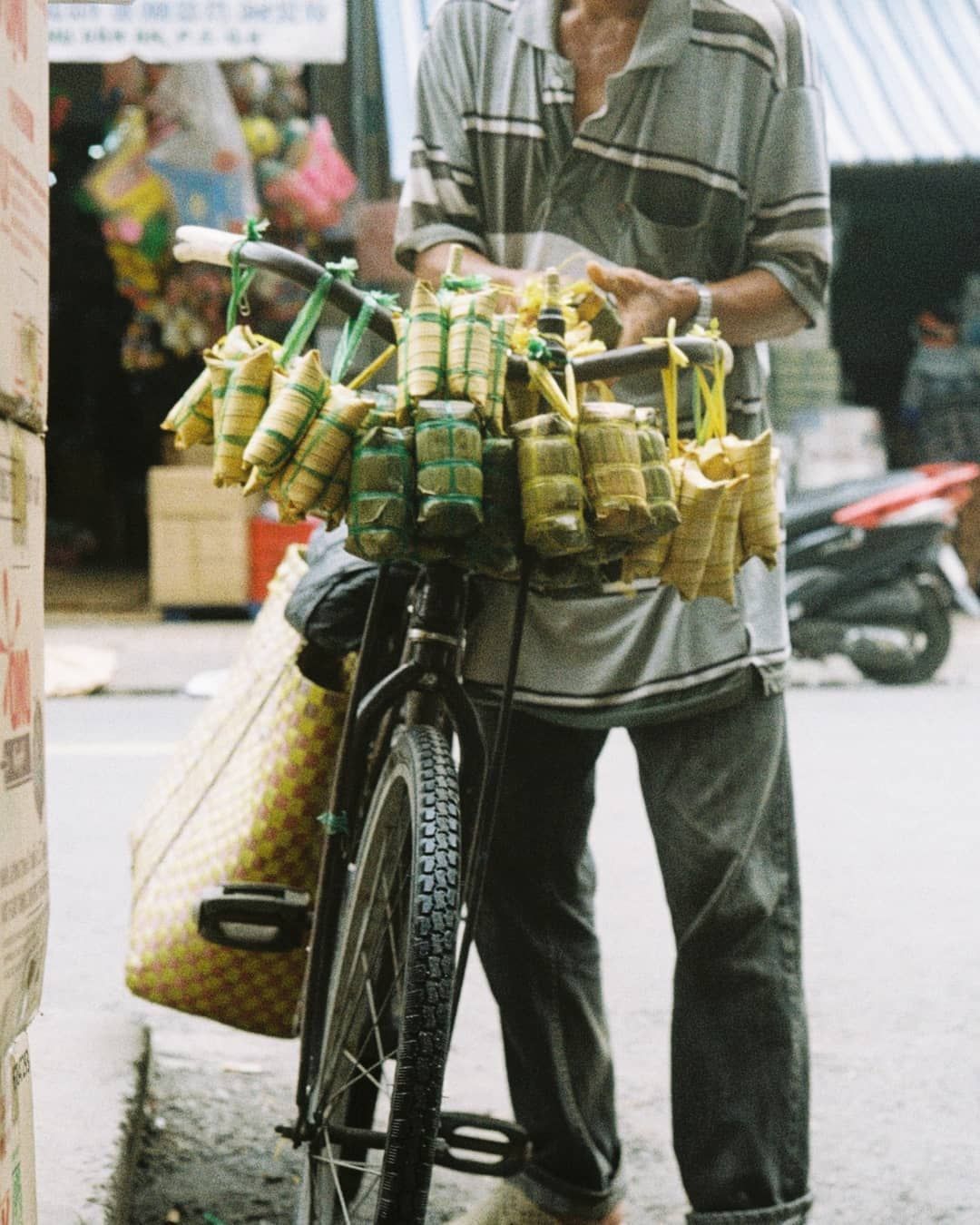 Uoc Le pork paste is present in all parts of Vietnam. Photo: sinya_sgrb

Perhaps it is because of the meticulousness, preservation and love of the profession that over the past 500 years, the reputation of the traditional village of Uoc Le has still existed and left diners with a strong impression. When in Hanoi, you should definitely visit this ancient village to understand more about Vietnamese culinary culture.